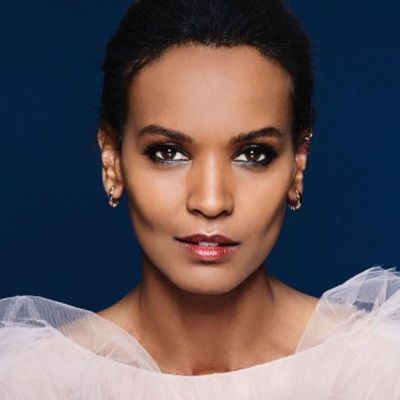 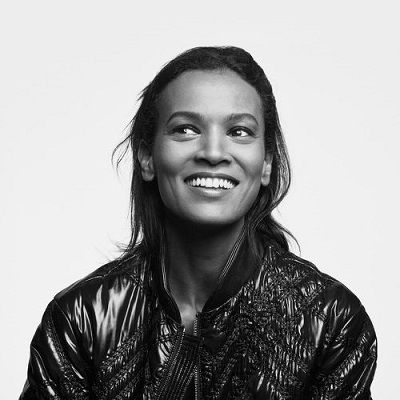 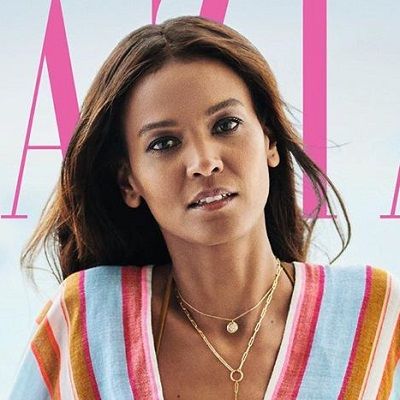 Liya Kebede is a triumphant model, actress and clothing designer. In addition to being a groundbreaking Ethiopian model, Liya Kebede is an active and vocal philanthropist who has served as the WHO’s Ambassador and runs her own non-profit organization called “Liya Kebede Foundation”.

Liya Kebede was born on 1st of  March, 1978 in Addis Ababa, Ethiopia. She is 43 years old. Further, she has not talked about her parents, siblings, and other family backgrounds.

She attended a French international school Lycée Guebre-Mariam in Addis Ababa. Meanwhile, she was spotted by a film director who introduced her to a French modeling agent. Then,  after completing her studies, at the age of 18 after she moved to Paris to pursue modeling, and later to New York City.

The 41-year-old stunning model is of American-Ethiopian nationality, whereas half-Christian and half-Muslim by religion. However, any details regarding her parents and family have not been revealed.

Kebede’s professional life kickstarted as she moved to Paris at the young age of 18. She modeled for several big labels on the catwalk,  including ‘Ralph Lauren’ and ‘BCBG Max Azria’. But her big break came when Tom Ford offered her for an exclusive contract for Gucci Fall/Winter 2000 fashion show.  After quickly establishing herself in the competitive Paris modeling setting, she moved to New York to continue her rapid upward career arc.

Not long after in 2002, she was the face of  Paris Vogue cover, which dedicated the entire issue to her. In the following years, she was featured on the covers of Italian, Japanese, American, French and Spanish Vogue, V, Flair, i-D and Time’s Style & Design. Similarly, she even got the opportunity to feature in an ad which includes Shiatzy Chen, Victoria’s Secret, Emanuel Ungaro, Tommy Hilfiger, Revlon, and Louis Vuitton.

In 2003, ‘Estée Lauder’ made a historic contract with Liya and signed her as their first black model in their 57 years as a company. In 2007, ‘Forbes’ listed her as number 11 in their list of the world’s 15 top-earning supermodels. Moreover, Liya was also the first Estee Lauder model of color. Also, she had a three-year, $9 million contract deal with Estee Lauder Cosmetics. Further, Liya also heads the Liya Kebede foundation for Mothers and Children.

As an Actress and more

Liya’s career as an actress started in the year 2009 as she played the lead role for the movie based on the bestselling autobiography Desert Flower by former supermodel Waris Dirie. Some of her other works in the film industry include Black Gold (2011) Sur la Piste du Marsupilami (2012), and Nicky Larson et le Parfum de Cupidon (2019). Kebede also had minor roles in the movies The Good Shepherd (2006) and Lord of War (2005).

Furthermore, Liya was among the several models featured in Lacoste’s “new look” campaign in January 2011. It is a different advertising concept for the year. And it was under the new tagline, “Unconventional Chic”. Mert and Marcus shot the ads. It had models wearing the iconic white Lacoste polo shirts worn over fancy black eveningwear. Similarly, she also starred with Jake Gyllenhaal in a Calvin Klein ad, and recently, she was on the list of “New Super” by models.com.

As a Fashion Designer

In the year 2008, she had officially launched her career as a fashion designer with the inception of her fashion brand ‘LemLem’. The clothing line features the art of traditional weaving in Ethiopia along with offering work opportunities to local artisans. 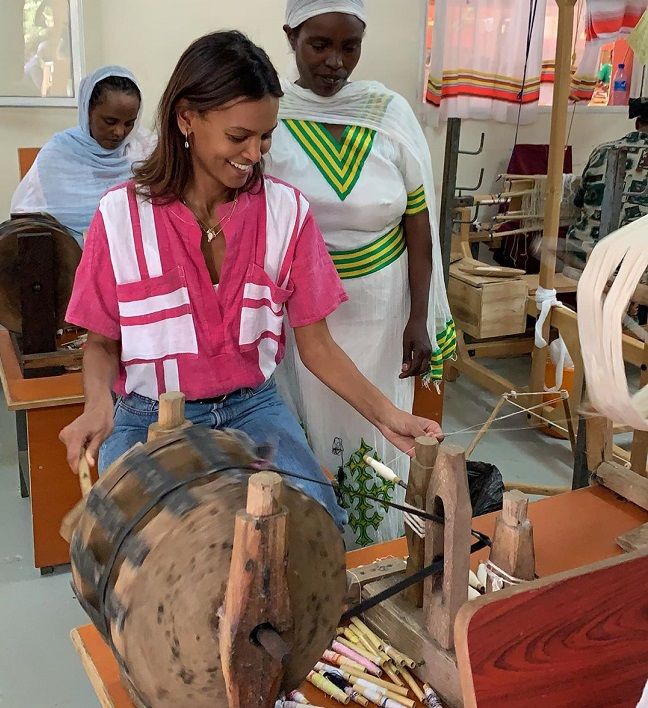 Caption: Liya Kebede learning how to prepare the yarn from the artisans before the weaving from the masters begins. Source: Instagram

Liya was a successful model and actress yet she focused on public health-related philanthropic pursuits. In 2005, the ‘World Health Organization’ appointed Liya as their ‘Goodwill Ambassador for Maternal, Newborn and Child Health’. She had even used her visibility as well as wealth to establish the ‘Liya Kebede Foundation’. Furthermore, this organization is committed to reducing maternal, child mortality, and morbidity in Ethiopia around the world.

Kebede has been a dedicated philanthropist. As a result, she was named one of Glamour’s Women of the Year 2013, for her generous work through her Liya Kebede Foundation

Liya has been a successful model, actress, health advocate, and clothing designer. Her accomplishments have brought her a net worth of $18 million dollars. Furthermore, in 2007, She was named as the 11th highest-earning supermodel, at $2.5 million by Forbes.

In 2002, Kebede tied knots with Ethiopian hedge fund manager Kassy Kebede. The couple lived together for 13 years in NYC. Moreover, they raised two children:  son Suhul born in September 2000, and daughter Raee born in August 2005. But eventually, the couple separated in 2013 and publicly split in 2015. 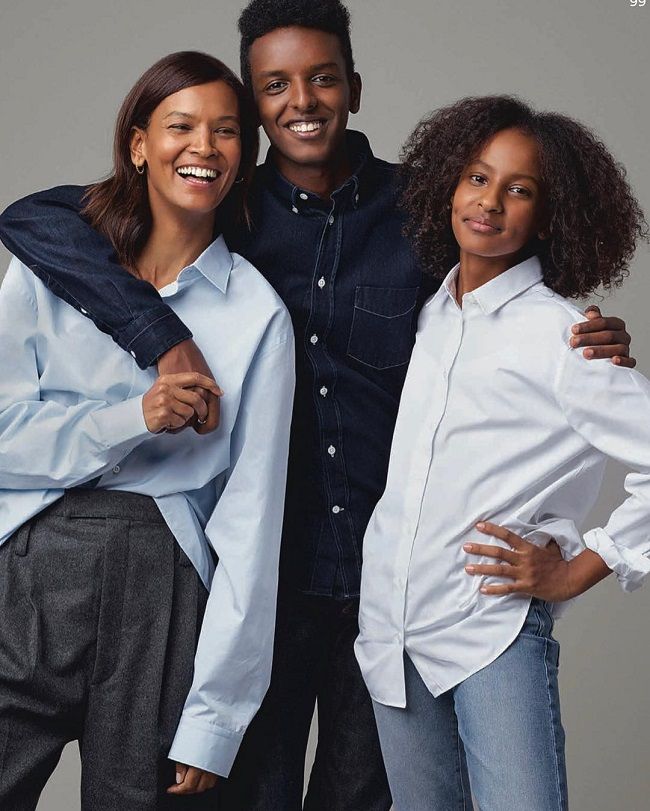 Caption: Liya in a photoshoot with her children. Source: Instagram

Ethiopian-born beauty who has been a World Health Organization goodwill ambassador has been living her life gracefully without giving any gossips to the public about herself. However, her separation from ex-husband Kassy Kebede was a topic of public interest that has now settled.

As the body of a model demands, Liya has maintained a very fit body structure. She is 5 feet 10 inches tall in height and her body weight is 57 kgs. However, her tiny body frame has a measurement of 33-23-34. Similarly, her shoe size is 4 (US) and the dress size is 9 (US). Apart from this, she has dark brown hair that matches the color of her eyes. 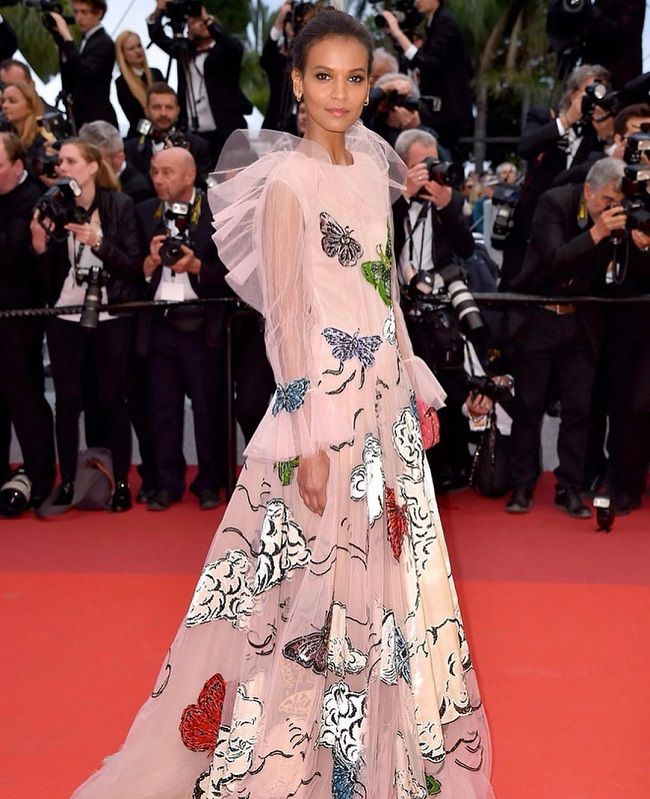 Liya has been influencing people via her social media profiles as well. That is to say, she actively keeps sharing her life experiences and happy moments on Facebook, Twitter, and Instagram. Therefore she has earned a huge number of followers on all her social media accounts: 245k on Instagram, 670.1k on Facebook, and 55.5k on Twitter to be specific. Further, she joined Twitter in October 2008.