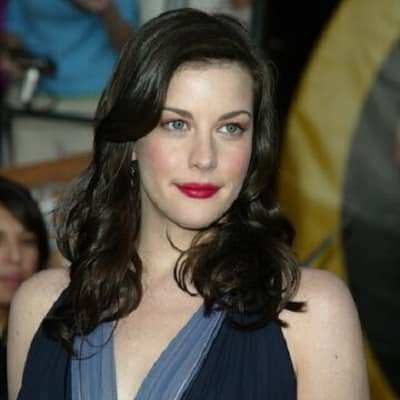 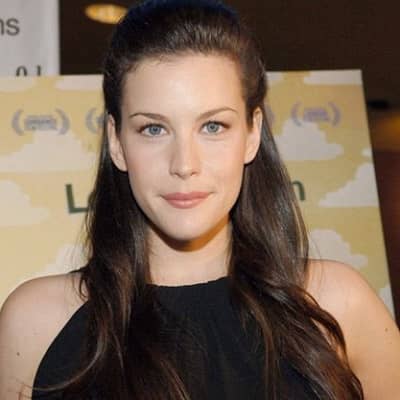 Liv Tyler is a former model and an actress from America. Liv Tyler has played numerous roles in different movies in Hollywood. Further, she is more famous for her role of Grace Stamper in Armageddon and Arwen in The Lord of The Rings movie trilogy. Furthermore, she is also a producer.

Liv Tyler was born on July 1, 1977, in New York, United States of America. This makes her 45 years old as of 2022. Her full name is Liv Rundgren Tyler. Her father’s name is Steven Tyler, and her mother’s name is Bebe Buell. Steven was a lead singer of Aerosmith and Bebe Buell was a model. Likewise, to mention her siblings, she has a brother named Taj Monroe Tallarico and two sisters. They are; Mia Tyler and Chelsea Tyler. She holds an American nationality and follows Christianity. According to astrology, she has Cancer as her zodiac sign. And, she belongs to the Caucasian ethnicity. 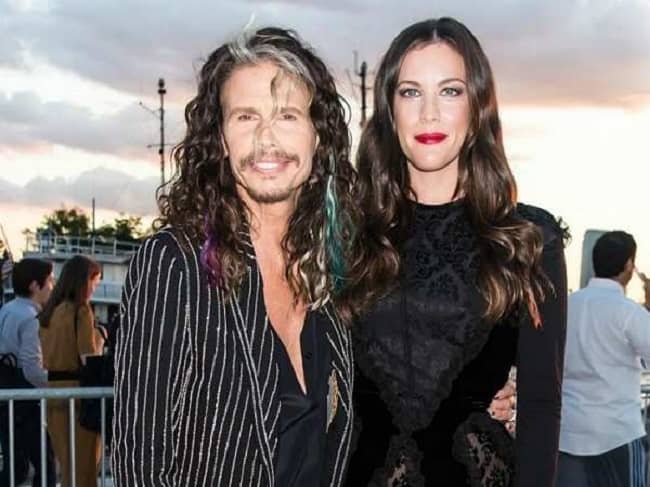 Caption: Liv Tyler and her father Steven Tyler (Source: The Times of India)

Today, Liv Tyler has established herself as a successful professional actress, model, and producer too. She always had a keen interest in acting, movies, and the fashion industry. She wanted to become part of it and worked very hard. Likewise, she made her debut in the industry in the movie Silent Fall in the year 1994. She also appeared in movies like; Empire Records, Heavy, The Thing You Do!, etc.

Moreover, talking about her modeling career, she started modeling at the age of 14. During that time, she did some photoshoots for some events. However, she just quit it to focus on acting. After leaving modeling, she acted in Bernardo Bertolucci’s Stealing Beauty. However, her name and fame got rose after her work in the  Lord of the Rings film trilogy. 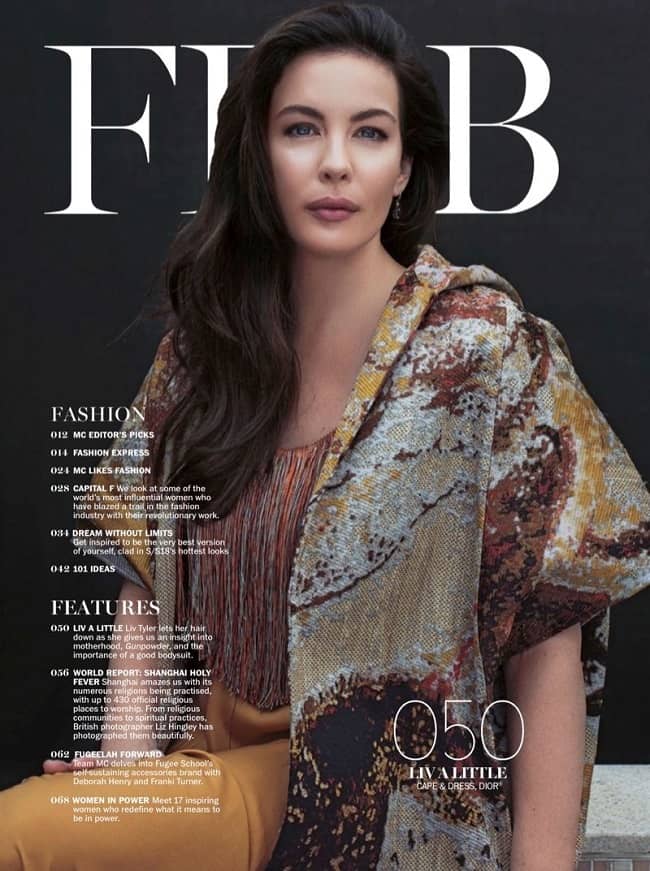 Caption: Liv Tyler on a cover page of a magazine (Source: Pinterest)

Similarly, she has also acted in Television serials known As The Leftover. Likewise, she has also remained United Nations Children’Fund  (UNICEF) Goodwill Ambassador. Moreover., she has been the spokesperson for Givenchy’s line of perfume and cosmetics.

Liv Tyler lives a luxurious life. She has made her name and fame in the industry along with material gains during this time. His total net worth is about $50 million US dollars.

Moving on toward her private life, she had affairs with different men during her time. Lately, she is engaged with David Gardner. David is a British Sports and entertainment manager. According to reports, her first boyfriend was David Hirsch. Later, she had affair with Joaquin Phoenix, who is a famous actor.

He also won an Oscar award for his role as Joker in the movies Joker. Similarly, she also lived with Steve Bing. Before Steve, she met Royston Langdon. The relationship just flourished and they married. They tied the knot in the year 2003. The marriage just remained for 6 years. And, eventually, they separated in 2009.

Later, the news surfaced that, the cause of their divorce was her affair with Steve Bing. However, they also did not stick together. And, she stays in a relationship with Vito Schnabel and Theo Wenner. She has got 3 children altogether. They are; Milo William Langdon, and Sailor Gene Gardner, and Lula Rose Gardner. 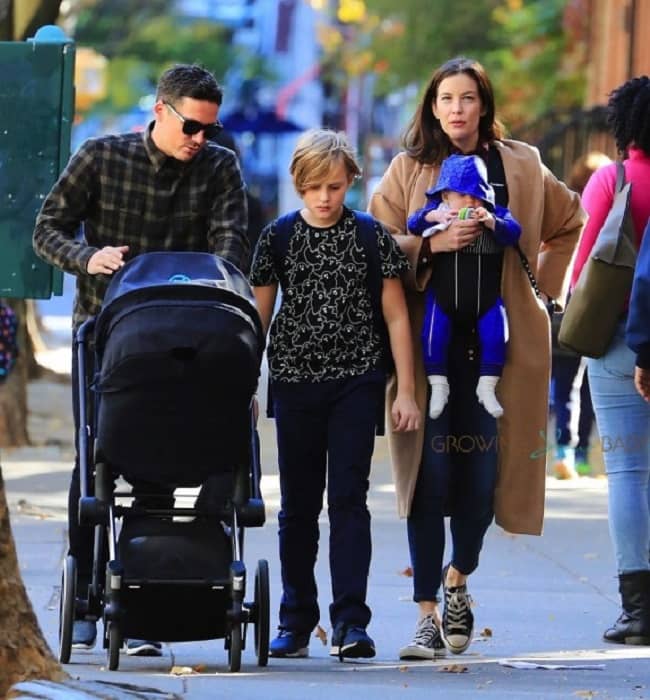 Caption: Liv Tyler and David Gardner and her children (Source: Growing Your Baby)

Liv Tyler is blessed with amazing beauty along with mesmerizing acting talent. The Hollywood actress has a height of 5 feet and 10 inches. Similarly, she weighs 57kg. Likewise, talking about her overall body measurements, her body figure is round to; 36 inches breast, 25 inches waist, and 34 inches hips. Moreover, the color of her hair is dark brown. And, she has blue-colored eyes.