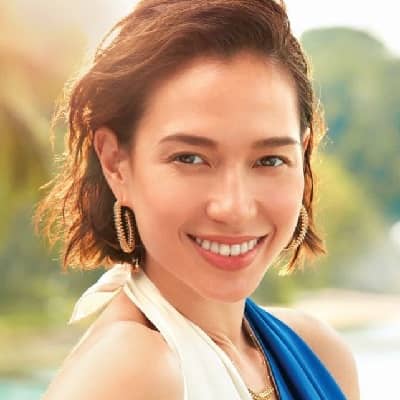 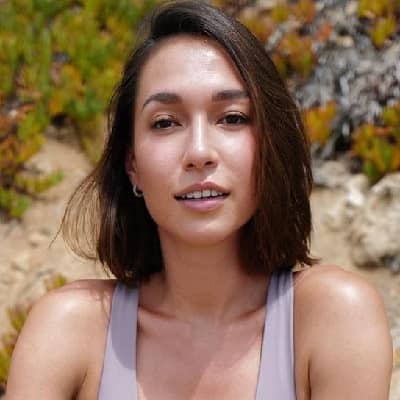 Liv Lo’s birthdate is 21st May 1985 and her birthplace is Taichung City, Taiwan. The actress’s sun sign is Gemini and her age is thirty-six years old as of 2021. Similarly, Liv Lo is of Asian ethnicity and holds a Taiwanese nationality. Liv Lo has been following the Christian religion as her whole family follows the same. Her father’s name is Richard Lo, however, there is no information about her mother. The actress also has a sister and her name is Leeza Pazkowski.

Lo’s mother is of Taiwanese ancestry whereas her father is of Italian ancestry. As for the actress’s educational background, Liv Lo at first went to a local high school. Then, the actress went to Temple University which is in Japan. There, the actress subsequently achieved a degree in the field of mass communications. 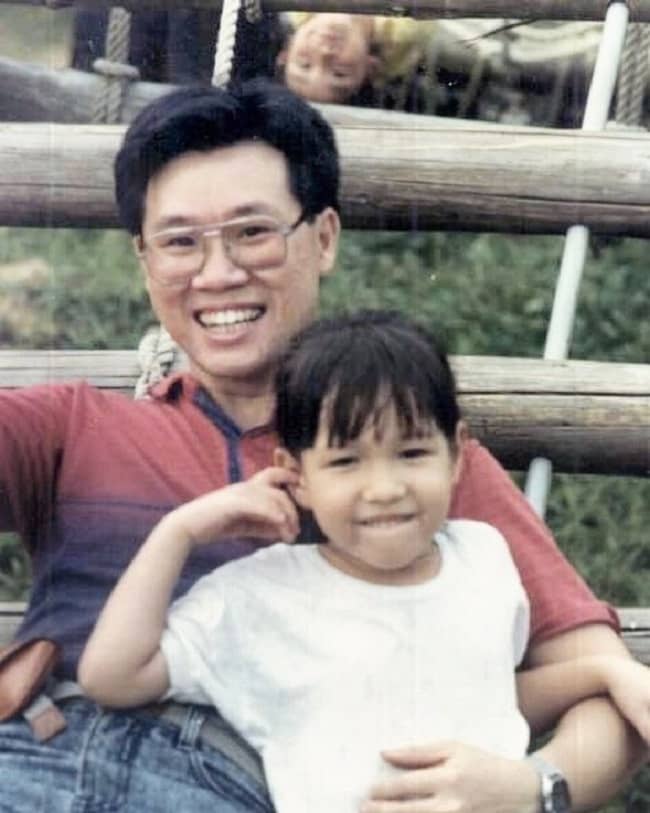 Caption: Liv Lo with her father when she was young (Source: Instagram)

The Asian actress loves doing yoga, traveling to various places, and also listening to music in her spare time. Liv Lo loves sports and loves playing badminton and basketball. Likewise, the popular Asian actress loves hiking and swimming as well. She once had a pet dog whose name was Stella. The actress even knows two languages and they are Mandarin and Japanese. Liv Lo watches movies sometimes and her favorite celebrities are Leonardo DiCaprio and Jennifer Lawrence. Moreover, Liv Lo’s dream holiday destination is Australia and her favorite color is white. The Asian actress’s favorite food is continental cuisine.

The actress was young when she began her professional career as a model. Liv Lo rose to fame in the entertainment industry after appearing on “Asia’s Next Top Model”. Currently, Liv Lo is a popular and successful actress and also a fitness enthusiast. The actress has a certificate so that she could give the yoga classes to others. As an actress, Liv Lo acted as Sophie Thomas in one of the episodes of the television show, “Point of Entry”.

The actress has gained several positive reviews and comments from her fans. In the year 2018, the actress got a role to play in the news show, “Extra” as herself together with Billy Bush. As a fitness enthusiast, Liv Lo provides various fitness concepts and opinions about NEOU and Tonal. Moreover, Liv Lo is a host as well. Liv Lo has appeared in many shows as a host such as on “Star World Asia”, “Xing Kong”, and also on “Fox Sports Asia”.

The popular actress even has her personal app that monitors people for their healthy lifestyle. “FitSphere” is the name of Liv Lo’s app. Liv Lo has endorsed several fitness brands like items related to clothing, yoga, and fitness. The actress even pays for promotions. The actress has already become a social media personality as of now. On the other hand, Liv Lo’s partner, Henry Golding is the Reebook brand’s brand ambassador. 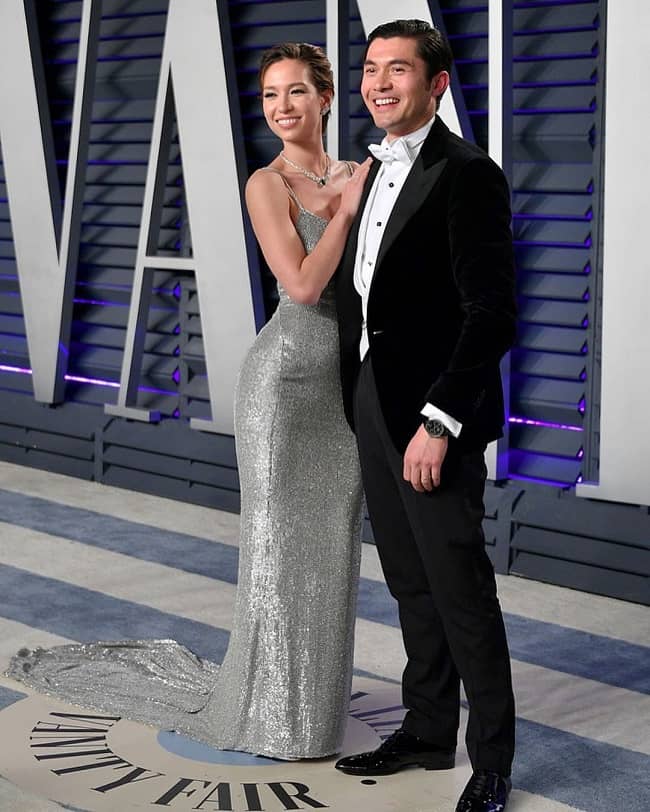 Caption: Liv Lo with her husband at an event (Source: Instagram)

Liv Lo has been collecting a great amount of money from her different professions. The actress’s primary source of income is from her professional career as an actress, philanthropist, brand ambassador, fitness enthusiast, yoga teacher, and also a social media personality. Recently, the net worth of Liv Lo is around $100 thousand.

On the other hand, Liv Lo’s husband, Henry Golding has a net worth of around $900 thousand. There is no doubt that the famous actress, Liv Lo has been living a luxurious and happy life in Los Angeles.

Liv Lo has started dating Henry Ewan Golding from the year 2011. The couple got to meet each other for the first time with the help of their mutual friend while attending a New Year’s party. Then, it was Henry Golding who proposed Liv Lo when they went on a vacation in Phuket, Thailand. After some time, Liv Lo and Henry Golding declared about their engagement in 2015. On 20th August 2016, the couple finally got married to each other. There is no doubt that the former couple’s wedding was a glamorous ceremony.

The Iban-style wedding took place in Sarawak, Malaysia. When the couple was still together, they used to share numerous images of their romantic love life. In fact, Liv Lo with her husband has been found together in various red carpet events and other public events. On 8th September 2019, the couple even went together to Ralph Lauren’s went. Finally, the couple declared about being the parents of their first kid in November 2020. Even after knowing their kid’s gender, they still were keeping it private.

Liv Lo is very happy and often uploads her images on her social media accounts. Recently, Liv Lo has given birth to the couple’s first kid. On 5th April 2021, the couple gave the amazing news through an Instagram post. “This woman right here. Beyond anything, I could have ever imagined,” the Crazy Rich Asians star captioned his post featuring a black-and-white image of the couple and their newborn. “Your strength brought us our greatest joy. Thank you, I love you.” 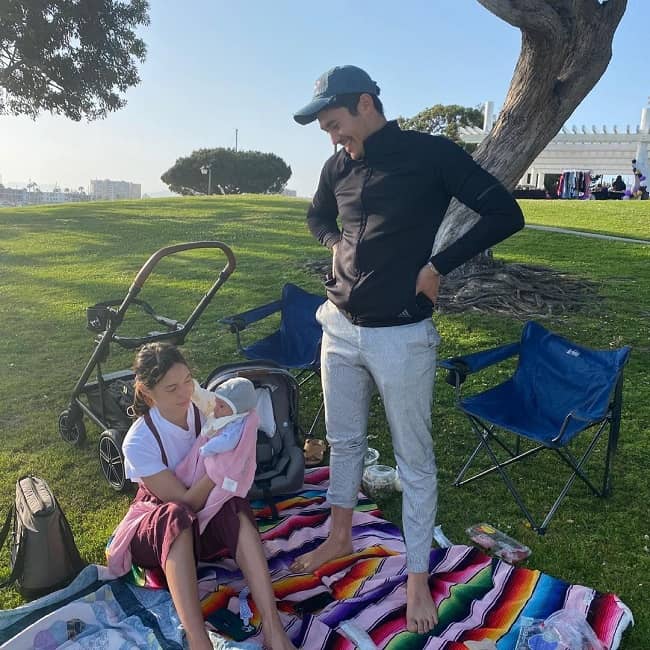 Caption: Liv Lo with her husband and child (Source: Instagram)

The size of Liv Lo’s waist is 25 inches and her hips size is 36 inches. The Asian actress wears a shoe having the size of 7 (UK). In addition to that, Liv Lo has a fair complexion with a pair of brown eyes and brown hair. The Asian actress has a slim, active, and flexible body type with a healthy body.

Liv Lo uploads the posts related to her living style, workout, yoga, presence at various events, and many more. In fact, Liv Lo also shares some posts of the happy moments of her life on her social media platforms.