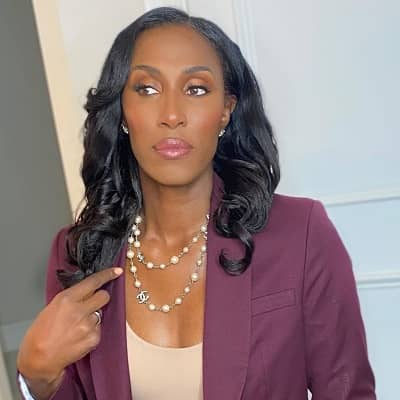 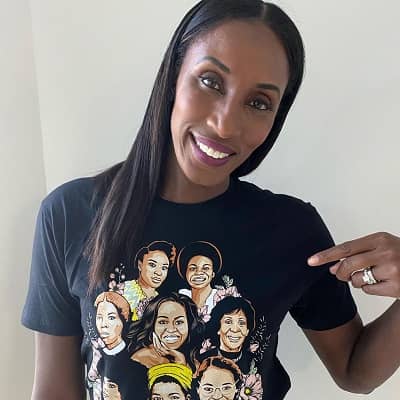 Lisa Leslie is a professional basketball player from Gardena, California. Lisa Leslie played for 9 seasons with the Sparks and retired in 2009.

Lisa Leslie was born on July 7, 1972, in Gardena, California. As of now, she is 48 years old. According to the nationality, she is an Afro-American. Her father’s name is Walter Leslie and her mothers’ name is Christine. Additionally, her father was a semi-professional basketball player. Lisa’s mother was 4 months pregnant with Lisa when Walter left the family. 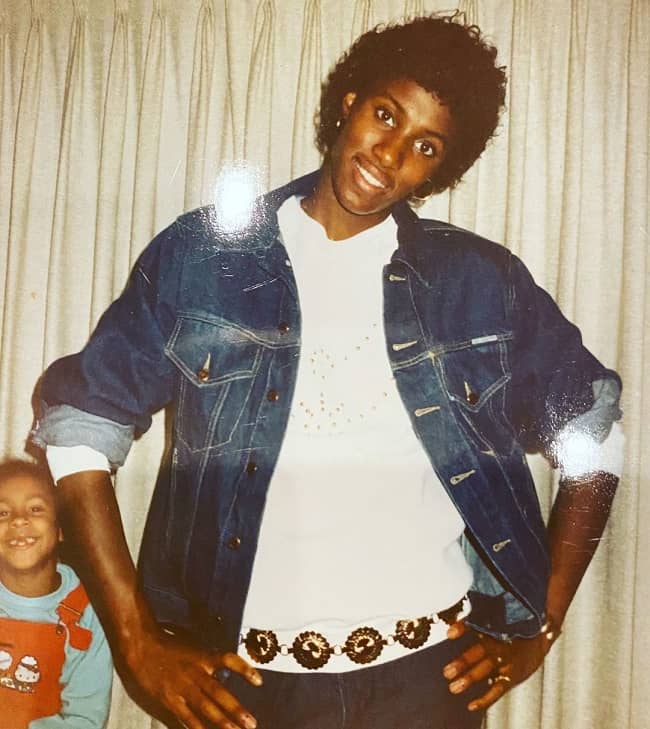 Moreover, Lisa has 2 sisters named Dionne and Tiffany. Her mother worked at the self-owned truck driving business to support the family needs. Lisa attended Morningside High School. Then, she attended the University of California, where her basketball career began to blossom.

In 1994, she graduated with a bachelor’s degree in communication. Further, she joined the University of Phoenix for masters. She earned a master’s degree in business administration.

From Lisa Leslie’s school days she started playing basketball. In Morningside High School, she led the team to 2 state championships. She set several Pax-10 conference records for points and rebounds, college. In 1994, she was named National Player of the Year. In 1996, she made her 1st trip to the Olympics held in Atlanta, Georgia. Thus, she helped the U.S. team to win the gold medal in women’s basketball. Likely, in the same year, she also launched a modeling career.

In 1997, Lisa Leslie landed a contract with the WNBA. She was one of the new league’s first players. Later, she joined the Los Angeles Sparks and had an impressive career with the team. She was the first WNBA player to win the regular-season MVP, in 2001. Moreover, the All-Star Game MVP and the playoff MVP in the same year. 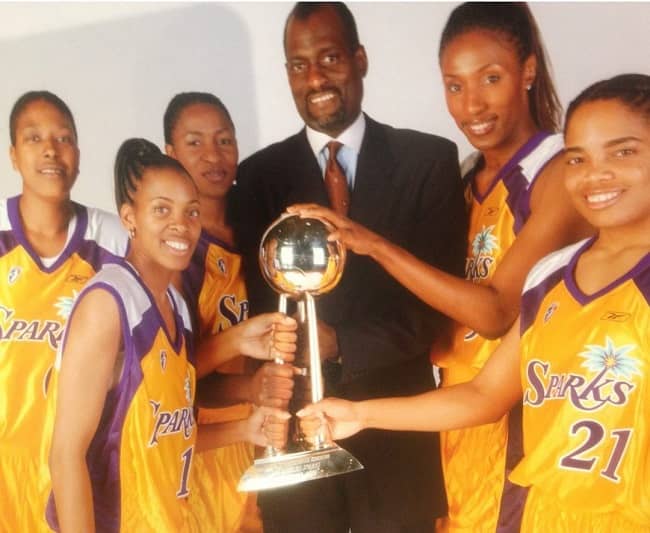 Caption: Lisa Leslie posing for a photo with her team. Source(Instagram)

In 2007, Lisa was pregnant with her first child. Thus, she wasn’t away from the court for a long time. Hence, she returned to the Sparks in 2008. Likely, she earned her fourth and final gold medal in women’s basketball at the Olympics in Beijing, China. She retired from professional basketball, in 2009.

Lisa became an author to her already long list of accomplishments, in 2009. Before playing her final season with the Sparks, she released her autobiography. The book was named Don’t Let the Lipstick Fool You. She has worked as a sports commentator and analyst, after her retirement. Worked with channels like ABC, NBC and Fox Sports Net, and many more.

In 2011, she returned to the Sparks team as an investor. She has decided to share her knowledge and skills with others through the Lisa Leslie Basketball and Leadership Academy. Moreover, she is now one of the team’s owners.

Lisa Leslie has played different games in her decades of career. Se has always been successful when she had stepped into court. Likely, she has been highly appreciated by people for her performance. She has also won the gold many times. Therefore, her estimated net worth is $6 million dollars. The salary she earns is still not known. Hence, the family together has been a luxurious life happily.

Lisa Leslie is married to Michael Lockwood, on November 5, 2005. Michael played basketball for the Air Force Academy. Currently, he is a pilot for UPS.  On June 15, 2007, the couple was blessed with a daughter named Lauren Jolie Lockwood. Lisa took a year’s leave from professional basketball due to pregnancy.

On April 6, 2010, Lisa gave birth to her second child Michael Joseph Lockwood II. Therefore. the family has been living a happy life together. 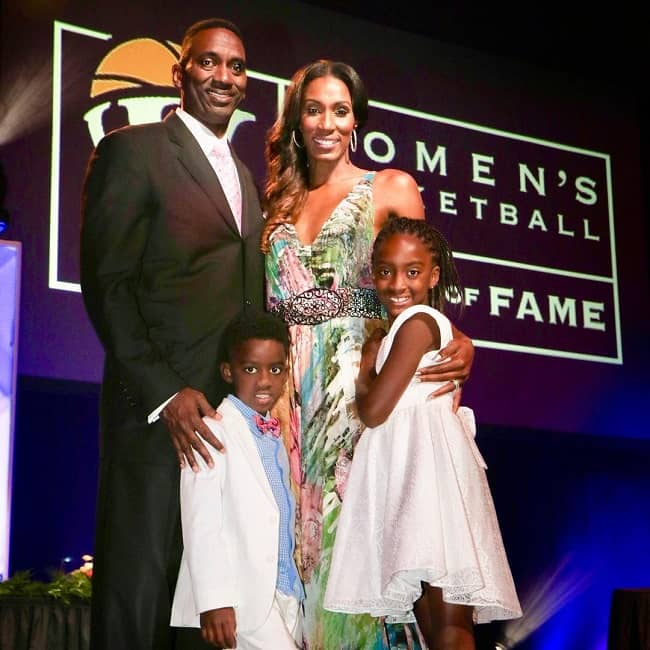 Till the date, after decades of her career, there are no rumors that have been spread about her. She has been maintaining the friendly environment around her. Likey also has not been tucked in any controversies yet. It seems like she does not want any negativity around her. She has been maintaining her both professional and personal life smoothly.

Lisa Leslie is very tall and beautiful. She is 6 feet 5 inches tall and her weight is around 77kg. She has beautiful black eye color and black hair color. Further, the details about her body measurements are not revealed yet.