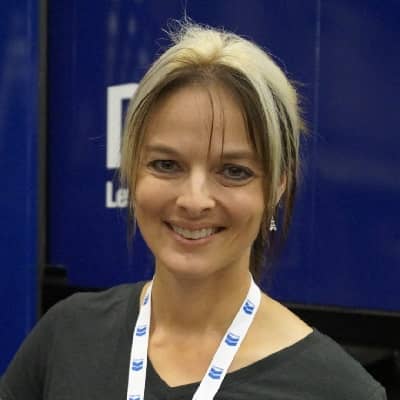 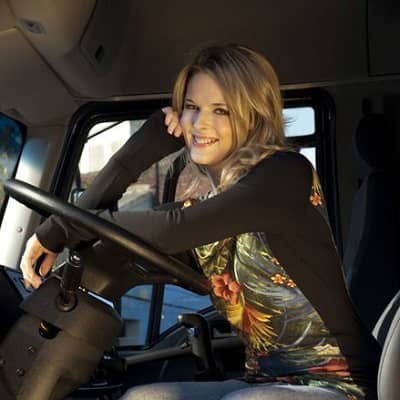 Lisa Kelly is a truck driver who hails from Michigan, the United States. Lisa Kelly is famous for being a part of the History Channel reality TV series, “Ice Road Truckers” and its sequel series, “IRT: Deadliest Roads”.

Lisa Kelly’s birthdate is 8th December 1980 and his birthplace in Grand Rapids, Michigan, the United States. She is an American citizen, has a mixed ethnicity, and is following Christianity. Likewise, the trucker is 41 years old whereas her zodiac sign is Leo.

At the age of just six years old, she went to Sterling in Alaska together with her family. Both of her parents are from a medical background. As for their daughter, she was not interested in the same career as their parent from a very earlier.

Instead, she started gaining some interest in something out of office routine that is driving. At first, Kelly thought that the truck driving was interesting while watching. This is how she got into the truck driving at the beginning. 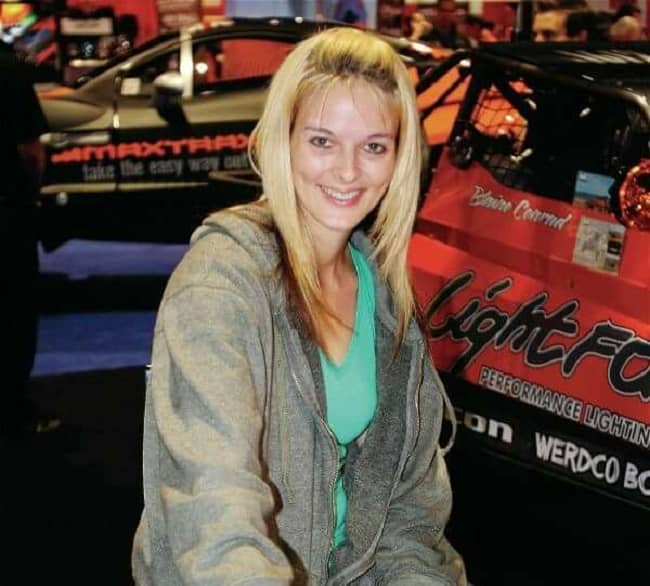 Caption: Lisa Kelly when she was young (Source: Pinterest)

Soon the American trucker started taking art training and even learned to play the piano. However, there are no further exact details about her family and childhood. But it is known that when she was just 6 years old, she went to Sterling, Alaska with her family to live on a small farm.

Then, she got back to Grand Rapids in order to complete her higher-level education. After completing her primary education, she joined Cornerstone University and studied for just a semester. However, the trucker realized that she would not be able to study more and got dropped out of college.

Since then, the trucker did not go to achieve her higher-level studies and went to pursue her desired career. In her teenage years, she once became the state champ in freestyle motor cross.

Lisa was very young when she first started working and earning money. She took over the responsibility of delivering pizzas at first. Then, she was served in the position of an attendant at a gas station. But she worked most significantly being a school bus driver. She used all the money she earned to pay for her truck driving training.

After some period of time, she gained sufficient experience to drive the giant trucks and she was shipping loads on the Dalton Highway for a short time. The American Trucker used to practice a lot whenever she got a chance. For the 3rd season, History Channel’s reality TV series “Ice Road Truckers” was seeking a lady trucker.

Lisa happened to apply for it and she successfully got the chance to be a part of the series. Happily, the female trucker worked in the series up to the 5th season and she was the only female truck driver in the whole series.

As for the 6th season of the series, she had to take a break because of her private reasons. The show, “Ice Road Truckers” searches the details about the driver of massive attires’ life. They put their practice and talents into the experiment contrary to the bumpy, icy roads of Alaska and other widespread extents.

Their purpose to get their loads to their endpoint carefully and in stint is unexpected. Kelly would far along work together with colleague IRT trucker Darrel Ward to start a shipping company. However, Ward died in an airplane crash on 28th August 2016.

In the series “Ice Road Truckers”, Kelly agrees that she has many more things to learn in the business of shipping giant loads with some of the most traitorous roads in Alaska. Moreover, she was a part of “Deadliest Roads” which is a sequel to the Ice Road Truckers. In India, the trucker drove her truck along with mountain passes with sheer drops.

Some of the other drivers driving with her had to quit. But the female trucker once has to drive her truck at 13,00ft through the Rohtang Pass in the Himalayas. Likewise, she drove along the Andes in Peru and Bolivia as well. 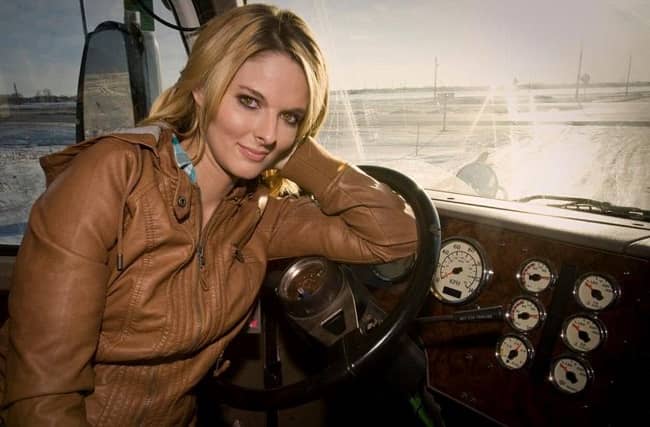 Apart from her professional career, Lisa has always been active in other interesting activities. She is an adrenaline junkie and she loves snowboarding, motocross racing, hang gliding, and skydiving.

In fact, the truck driver has even accomplished a once-in-a-lifetime dream. It was when Kelly flew together with the US Navy Blue Angels demonstration squad in a fighter jet. In addition, she loves animals and even has pets in her house as an important part of her life.

She has a tiny horse whose name is Rocky and also a cat whose name is Tanzi. Aforementioned in the shooting of “Ice Road Truckers: Deadliest Roads in the Himalayas”, she had made a decision of finding and carrying around a puppy for the whole show.

On the show, Kelly put the name of the puppy to be Rampur Jackson, and the dog’s feeding/watering on the road was mostly handled by her Indian partner, Tashi. In the end, the same dog was taken away by one of the show’s producers upon accomplishment of shooting.

The American truck driver has been making an average amount of money in her professional career. Lisa Kelly’s recent estimated net worth is estimated to be around $500,000 dollars. In real, truckers are the ones who are paid poorly in reality television characters. Still, people are still working in this profession more for their interests.

Moreover, it is expected that the performers of Ice Road Truckers earn $20,000 to $80,000 per season as their salary. The American female trucker at present is living a happy and well-settled life together with her husband.

Looking at her relationship status, she seems to be in a very happy married status. The name of her lovely husband is Traves Kelly with whom she tied the knot in 2008. Her husband, Traves is full Aleut Native Alaskan and an enthusiastic dirtbike. They tied the knot after being in a romantic relationship for 4 years.

The beautiful American couple is still in so much love with each other that they are still together even after years. As for their children, they do not have any right now but might be planning very soon. Apart from this, the American trucker has never been involved in any kind of rumors and controversies. 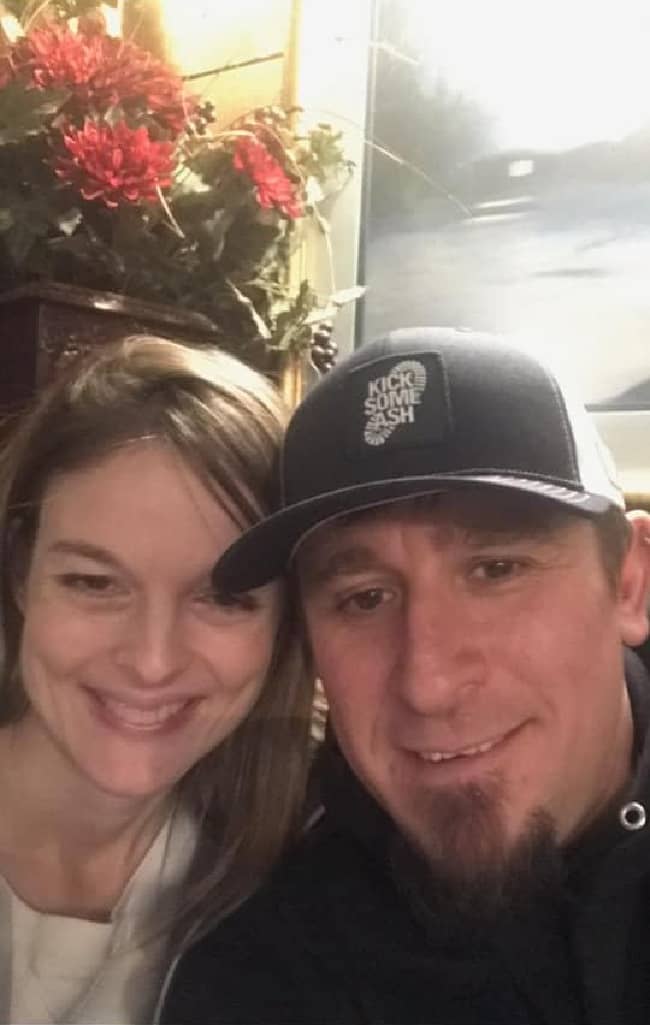 As for her physical statistics, Kelly has a good height of 5 feet 7 inches or 1.7 m. She has a slim body type with a suitable bodyweight of around 55 kg or 121 lbs. Likewise, the American trucker has a fair complexion with a pair of hazel-colored eyes and long blonde hair.

She has been wearing a shoe size of 7 (US) and her bra cup size is 33 C. Her body measurements are 34 inches, 26 inches, and 35 inches. Moreover, the truck driver as of now is still alive and seems to be in a good health. As a truck driver, she must keep herself physically fit by following a proper daily routine and duet.

Coming to the social media part, the American trucker has been quite active on some of these online platforms. In fact, there are several information and pictures of Kelly online too. The trucker currently has a Facebook page where she has already gained 901 thousand followers.

Similarly, she also has a Twitter account which she joined in January 2010. There she has gained 62.1 thousand followers as of June 2022. Perhaps Lisa is not active on Instagram for now but there must be some of her fan pages on there. Furthermore, the female trucker loves keeping a low profile around the public.