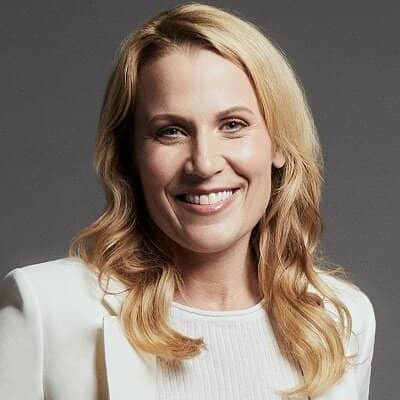 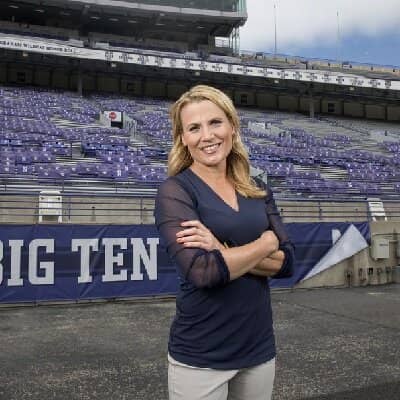 Lisa Byington was born in the United States of America on May 18, 1976. Her parents raised her in Chicago. She has two older sisters, both of whom she occasionally uploads images of on Instagram.

As of now, she is 46 years old. She also uses social media to share photos of her parents. Bob Byington is her father’s name. Her Nationality is American.

She used to play basketball, soccer, and softball when she was younger. At one point during her childhood, her father, who also happened to be her high school coach, taught her basketball.

Byington, a former Northwestern University basketball and soccer player graduated with a master’s degree in broadcast journalism from the school in Evanston, Illinois, and her first employment led her to WBKB in Alpena, Michigan, the country’s second-smallest television market.

Over the course of her long career in sportscasting, Lisa Byington has worked for a variety of broadcasting firms and channels. She clearly enjoys her profession as a sports commentator

Early Career with WBKB in Alpena

Lisa began her career in broadcasting at WBKB-TV in Alpena, Michigan. According to her website’s bio section, WBKB was the country’s second-smallest television market at the time.

She frequently jokes with folks about her first drive to her first job interview in Alpena, according to her bio.

At The WLNS For A Decade

Lisa Byington spent the next ten years as a journalist at WLNS in Lansing, Michigan, after her initial position at WBKB-TV in Alpena. She put in a lot of effort at WLNS to track down several high school human-interest tales and state titles.

She also covered college sports across the state of Michigan, from East Lansing to Ann Arbor. In between these assignments, she worked as a sports reporter for all of Detroit’s professional sports teams.

Lisa started working at FOX Network at the same time she started at the Big Ten Network. She worked for FOX Sports for a number of years and has been on a variety of shows for the network.

In August of 2018, she and her colleagues Danielle Slaton and Katie Witham called an MLS match between the New England Revolution and D.C. United. This trio is thought to be the first all-female commentary aired in television history.

During the summer of 2019, the sportscaster also provided commentary on a few FIFA Women’s World Cup matches. 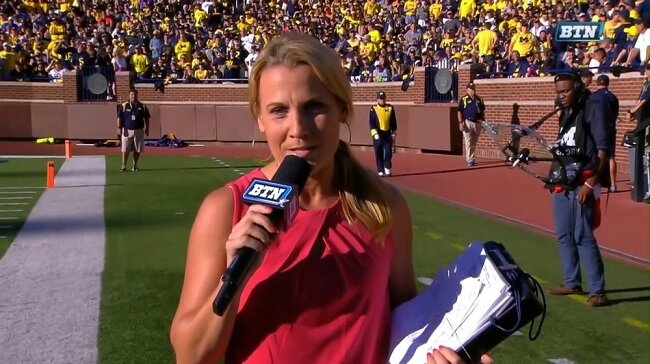 Lisa Byington’s Other Credits: CBS, Chicago Sky, ESPN, and Others

Byington is still a member of the FOX Sports broadcasting crew in 2020. She has worked for a number of television networks in addition to FOX Sports and Big Ten Network.

She’s done work for FS1, FS2, Pac-12 Network, ESPN, SEC Network, and CBS Sports Network, to name a few. In terms of her job with CBS, she worked with them and Turner as a correspondent for March Madness for three years, beginning in 2017.

Lisa has also worked as a play-by-play announcer for the NBA’s Chicago Bulls, the WNBA’s Chicago Sky, and the NWSL’s Chicago Red Stars.

This time, Byington becomes a poster child for tearing down obstacles in her field. She was the first woman to broadcast a football game on the Big Ten Network in 2017, and now she is reaching new heights.

In March 2021, By She became the first woman to call a men’s NCAA tournament basketball game. She’s taken the effort to refer to a March Madness game as her Super Bowl preparation. Furthermore, she only sees it as a little part of her larger story.

She is simply attempting to “normalize” the ostracized. What’s more, guess what? My ‘new’ March Madness is the title of a blog post she wrote about it.

Play-by-play announcer for the Olympic Games

Another milestone has been reached. Lisa would be pursuing her ambition of becoming an Olympic play-by-play announcer. Lisa has been allocated to both men’s and women’s soccer at the next Tokyo games in 2021, according to online sources.

She’ll make her Olympic debut on July 21, when the women’s soccer group stage begins, followed by the men’s group stage the next day. 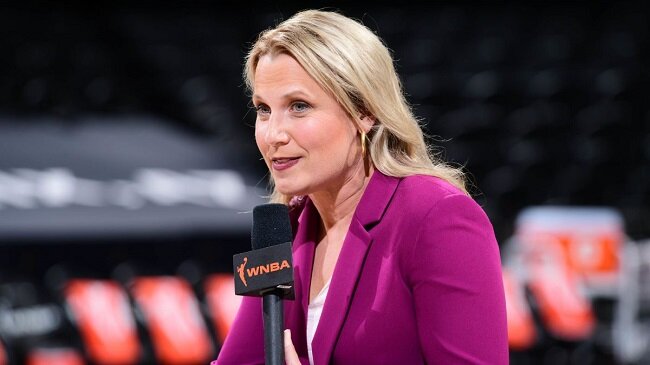 Lisa Byington had a long and illustrious career as a sportscaster. This should almost likely imply that she is well compensated by her employers and that she has a respectable net worth. Her net worth is between $100,000 and $3 million.

Talking about Lisa’s professional life she unsurprisingly, has kept her personal life secret. Despite the fact that her Instagram and Twitter feeds are full of content about friends, colleagues, work, sports, and other aspects of her life, none of it is about her love connections.

There are no posts on Lisa’s social media accounts that suggest she has a boyfriend, husband, or other romantic partners. For starters, Lisa is quite private about her personal life and does not want anyone to know about her boyfriend.

She is either still looking for a love partner or she’s happy with herself and doesn’t want to be with anybody else.

Lisa Byington is a stunning lady. She is 5 feet 6 inches tall and weighs roughly 65 kilograms.

Lisa has always prioritized fitness as one of the most essential aspects of her life, from her days as a collegiate athlete to her current position as a sportscaster. Her eye color is Blue and her hair color is Blonde.

Despite the fact that Lisa is a seasoned sports commentator and reporter, she has a small social media following. Lisa Byington has just over 6000 Instagram followers, with a username of @lisabyinton  and she uses the platform to share a variety of topics, including her profession and family.

Lisa’s Twitter account has over 16.7K followers, making it the most popular of her social media platforms with the username,@LisaByington. On Twitter, she generally tweets about sports. Aside from that, Lisa is also a Snapchat user, lisabyington11 is her Snapchat handle.