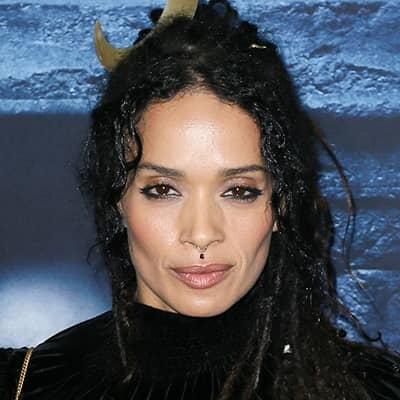 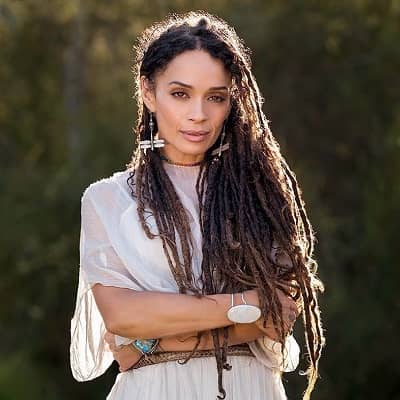 Lisa Bonet is a popular actress, model, and also a TV personality who hails from San Francisco, California. Lisa Bonet was present in several movies and television shows. The actress’s most popular work was in the show, “The Cosby Show”.

Lisa’s birth name is Lisa Michelle Bonet. She was born on 16th November 1967, in San Francisco, California, United States. As of 2021, her age must be fifty-three years old and her sun sign is Scorpio. Her father was of African-American descent and his name is Allen Bonet. Similarly, her mother was from a Jewish family and her name is Arlene (née Litman). Her parents separated their ways when she was very small.

Moreover, her dad was an opera singer whereas her mother was a music teacher. Hence, she belongs to a multiracial or mixed ethnicity and is an American native. She also has 5 half-sisters and 2 half-brothers which she got from her father’s marital relationship with Deborah Church. She is the elder one among her every half-siblings.

Regarding the actress’s educational background, Bonet went to Birmingham High School which is in Van Nuys. Then, she graduated from the Celluloid Actor’s Studio which is in North Hollywood. In the end, she finished her course together with a major in acting. She started acting first as a child artist when she was just eleven years old and was performing in some commercials. Li also present in numerous beauty pageants and on television series as a guest when she was just a kid. 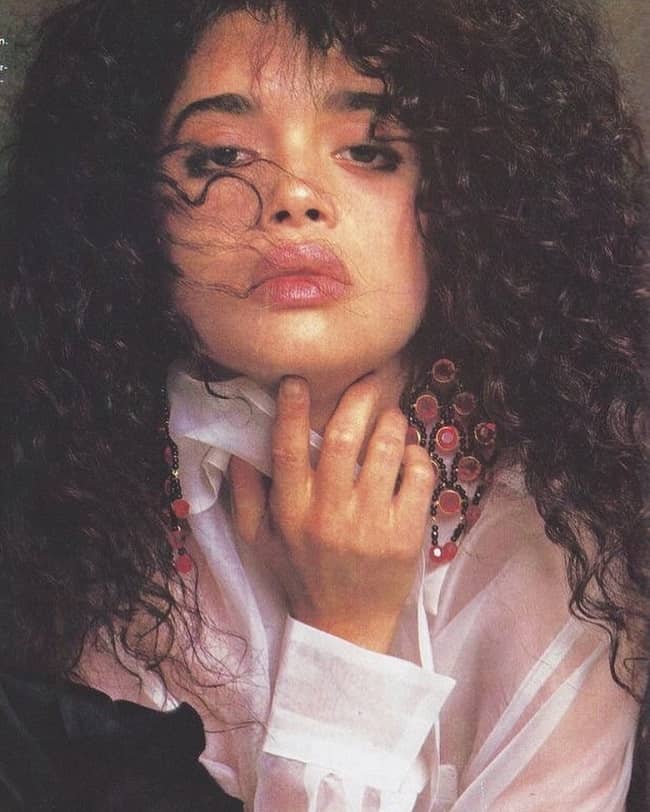 Caption: Lisa Bonet in 1993 when she was young (Source: Instagram)

After being a child artist, Lisa Bonet got some popularity which helped her to get the character of Denise Huxtable on “The Cosby Show”. She shortly left “The Cosby Show” to serve in the spin-off series “A Different World” in the year 1987. The series was focusing on Denise’s life during college. In the same year, she was just nineteen years old and was playing seventeen-year-old Epiphany Proudfoot in the film “Angel Heart” together with Mickey Rourke. Also, in the same film, she was sharing various seconds of a direct scene together with Rourke which was then edited to make it an R rating.

Bonet then declared about her pregnancy at the time of “A Different World”. After the declaration, she quit the series. In the next years, she went back to “The Cosby Show” but was taken out of the show in April 1991 due to “creative differences”. Similarly, Bonet was present in direct-to-video posts and Tv films. She then became the host of “Why Bother Voting?” in September 1992. It was an election special concerning young voters’ life and indifference. After that, she was got some supporting roles in “Enemy of the State” in the year 1998 and in “High Fidelity” in the year 2000.

In the year 2003, the actress acted as Queenie in “Biker Boyz”. The same movie reconciled her with her “A Different World” co-star, Kadeem Hardison. Together with Kadeem, she shared the screen in “Whitepaddy” in the year 2005. When the actress was getting any film roles until “Road to Paloma” in the year 2014, she was appearing as a guest in various episodes of several TV dramas and comedies. From the year 2008, she was present in the American adaptation of the British TV series “Life on Mars”. The actress then got a repetitive character in the series “The Red Road” from 2014 to 2015, together with her future husband Jason Momoa. 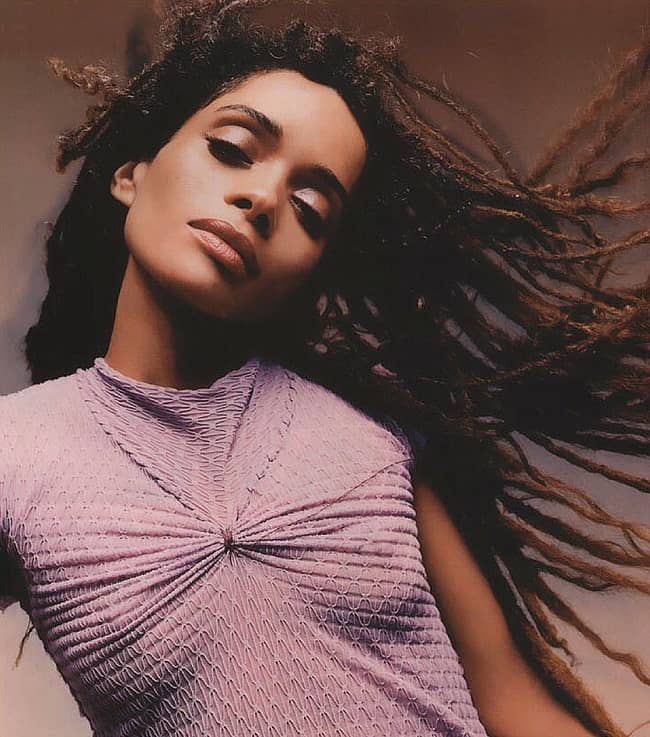 The actress has a good amount of net worth of around $14 million. Lisa’s primary source of income is from her professional and successful career as an actress, Television personality, and model. The actress also earns from attending some of the shows as guest appearances, sponsors, and endorsements as well. Apart from this, there are no details about the assets she owns and her salary. However, it is for sure that Bonet has been living a free, peaceful, and also luxurious life together with her kids.

On 16th November 1987 which was her twentieth birthday, the actress ran away with the American rock singer, Lenny Kravitz. They got married in Las Vegas. Lisa recalled their relationship, “It was interesting when we were first finding out about each other, that our backgrounds were so similar. When I first told him my mom was Jewish, and he said “So’s my dad,” I thought that was both unusual and enchanting. I felt like, “Okay, here’s someone who really knows how it is.” And I think I trusted him a little more with my feelings and let him inside a little more than I ordinarily would have”.

After one month of their marriage, she gave birth to their first child, Zoë Isabella Kravitz who is a daughter on 1st December 1988. After being together for 6 years, the couple divorced in the year 1993. Then, she legally changed her name and kept her name as Lilakoi Moon in the year 1995, even though she still uses the name Bonet professionally sometimes. Bonet then started dating an actor, Jason Momoa from the year 2005. Together, Jason and she have two kids. In July 2007, their daughter, Lola Iolani was born and in December 2008, their son, Nakoa-Wolf was born. Eventually, they got married in October 2017. 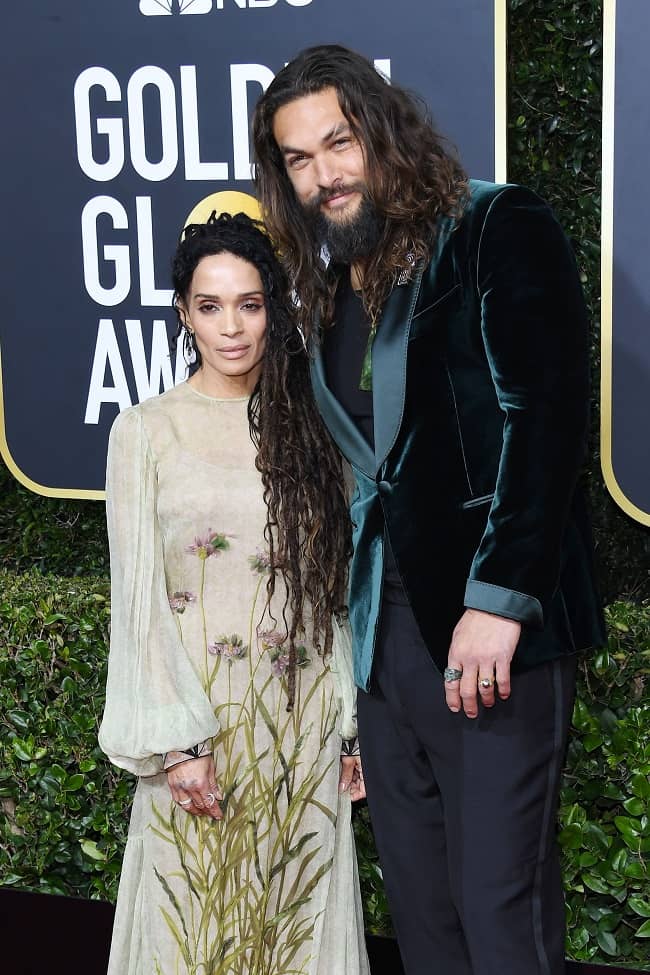 Caption: Lisa Bonet with her husband (Source: The Oprah Magazine)

Being an actress, she for sure has a well-maintained figure and a beautiful face. Regarding Lisa Bonet’s body measurement, the size of her breast is 32 inches, her waist is 23 inches, and her hips are 31 inches. She gas an average height and stand about 5 feet 2 inches or else 157 cm or 1.57 m tall. Likewise, she has a suitable bodyweight of around 53 kg or 117 lbs. The actress wears a shoe having the size of 6 (US) and a bra size of 6 (US). Moreover, Bonet has a pair of brown eyes with long black and curly hair. Also, she has a very slim and hourglass body type with a dark complexion.

The actress, Bonet has been quite active on her social media accounts. She has her own Instagram account where she has 239 thousand followers. As of 2021, her last post on her Instagram account was eighteen weeks ago. Even though she herself is not active on every social platform, but her fans are who have also made various fan pages for her. It looks like the actress is very busy with her work or must be relaxing far from the media and public. The actress however seems to love her works, herself, and her kids more.