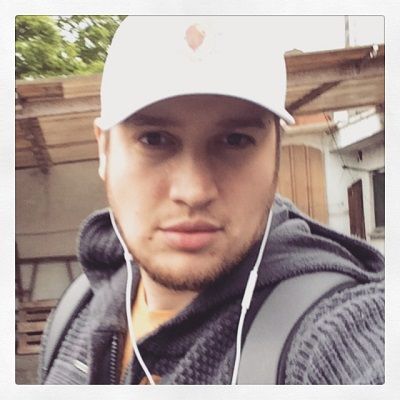 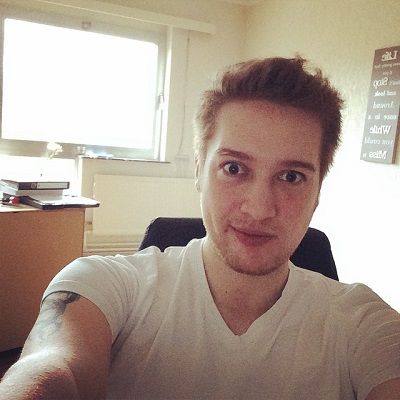 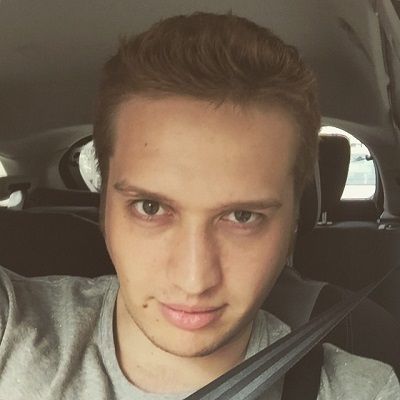 LionMakerStudios was born on July 7, 1988, and his age is currently 34 years old. He is originally from Sao Paolo, Brazil but he grew up in Switzerland. Likewise, his real name is Marcos Wilton but he is popular as Lion or LionMaker on the internet.

Talking about his family, Lion has 7 younger brothers and sisters. There are 20 years between himself and his youngest sibling! Other than this, there is no information about his parents and other family details. 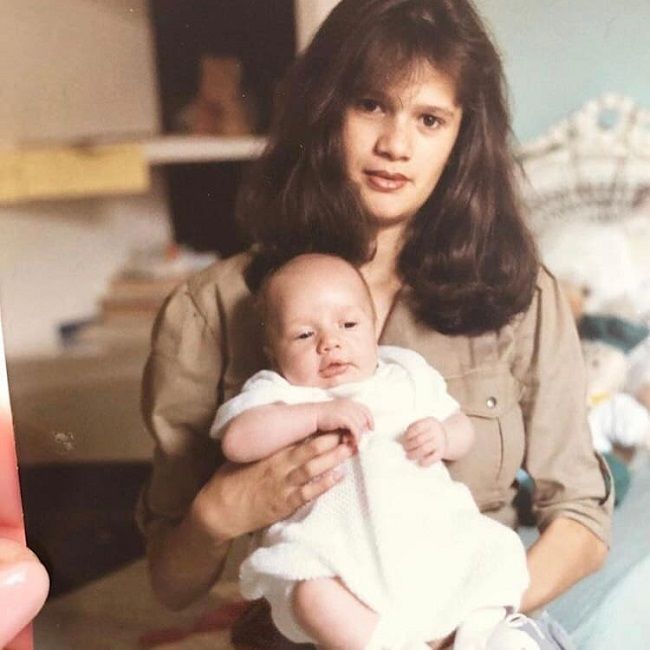 Caption: LionMakerStudios with his mother in a childhood photo. Source: Instagram

LionMakerStudios is professionally a social media personality. He is primarily a Youtube content creator. Likewise, he is popular on the web as Lion. He launched his YouTube channel “LionMaker” on July 10, 2013. This channel has 4,423,060 views and 44.7K subscribers at the time of writing this article.

Further, LionMaker had already amassed over 750,000 subscribers to his YouTube channel before it was disabled or deleted. On his Youtube, LionMaker started by interviewing over 200 Minecraft YouTubers like Stampy and LDShadowLady for his series Crafting Into YouTubers.

He gained further popularity through his Hide and Seek series, which he began in the summer of 2015. Likewise, LionMaker has also helped several YouTubers raise their popularity. This includes Youtubers like Emzy255, MiniGod951, and Long ShotBTG.

Before his internet fame, LionMaker served as a sous chef at a 15/20 Gault Millau restaurant. He later became head chef of a different restaurant under the same ownership. LionMaker first started posting to YouTube when he was working as a private chef for a family in Switzerland. He has served in the Swiss Army Forces as a sergeant, specializing in Communication Networking (Secret Service).

LionMaker created this account in July 2013 and so far has amassed 4.4 million views and 44.7k subscribers. The oldest video on this channel at present dates back to 25 January 2018. This video is titled Minecraft XBOX Hide and Seek – Best Moments #1 w LionMaker which has 116,683 views up to now.

On his current Youtube channel’s bio, LionMaker has mentioned that he is very delighted to be back on Youtube. He chose not to run the channel while he gets his mental health back in balance. He further added that everything was fine and he is in a very good place right now. Together with his family and friends, Lion was sure that he would be making sure that his viewers have some really fun content to watch!

In the same description, LionMaker mentioned that his channel’s artwork is done by Ob1iviousc1own whereas he is the Voice Acto and Content Creator. Moreover, he has advised to always involve an adult while talking to people online. LionMaler has also shared links to mental support and suicide prevention in case his viewers are having a hard time emotionally and having dark thoughts. 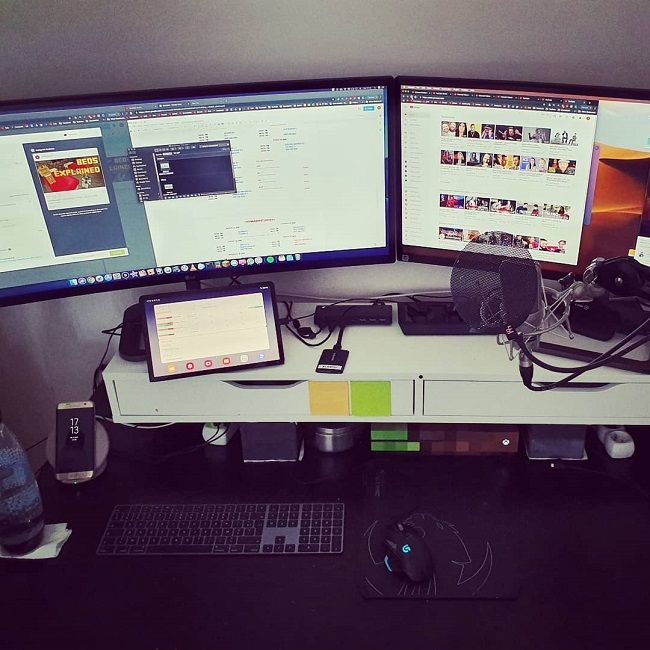 Two other minors accused him of attempting to groom them. Both the Belgian and UK police investigated him for distributing child pornography and statutory rape. The controversy around LionMaker received widespread attention online initially after the Drama Alert host Daniel ‘KEEMSTAR’ Keem flat out accused LionMaker of pedophilia.

Later on, he was held in Belgian jail for 10 months under arrest huis. It is a process that allows police to detain individuals who they deem a danger to society or would have the ability to tamper with evidence.

He disappeared entirely from the internet, going silent, or deleting all his online platforms in mid-2016. Though he made a brief comeback in November 2017 and started uploading videos to his channel again, Youtuber either deleted or removed his channel.

Several children accused LionMaker in 2015 and 2016 of asking multiple different children for nude images. One of them was Stephen Cheeks, who was 16 years old at the time. Cheeks claimed that LionMaker offered up to $500 in exchange for the photos. However, LionMaker denied this and said that the $500 was for graphic design work. He also added he had already received the money from the young kid.

A 12-year-old girl also accused that he asked for nude images. This too, LionMaker denied and claimed that the screenshots of the conversation that shows him asking for explicit photos were faked. Then in late 2016, The Belgian police arrested LionMaker on the accusation of statutory rape, distribution of child pornography, and having child pornography.

He was released from prison on September 18, 2017, according to a release document acquired by BuzzFeed news. Then on January 9, 2019, KEEMSTAR posted a video showing LionMaker streaming Minecraft on Mixer. As of July 2020, LionMaker has returned to using his social media accounts and also creating videos on Youtube. 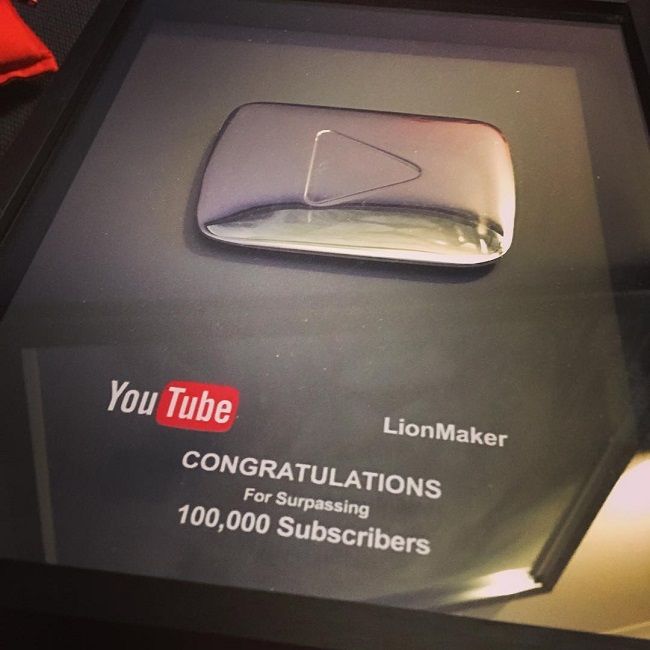 LionMakerStudios is most probably single at present. He has not shared much information regarding this issue. Likewise, he has also not shared any social media posts that might indicate his current relationships or affairs.

Moreover, Lion has maintained a clean public profile that is away from rumors, scandals, and controversies that might hamper his professional career and personal life. Nevertheless, he is sure to attract many lovers in the future through his talent, humor, and charms. Likewise, he is an LGBT+ friendly person and so are his social media accounts.

Sadly, there is no information regarding LionMakerStudios’s body measurement details. His height, weight, chest-waist-hip measures, dress size, shoe size, etc are all unavailable at the moment. Similarly, he has brown eyes and hair of the same color.

Talking about his social media presence, LionMakerStudios goes by the username @reallionmaker on Instagram. This account has 373 post shares and 54.7k followers at the time of writing this biography. He also created an official Facebook page on July 8, 2016, and so far has over 34.7k people following him on his LionMaker (@Lionmakerstudios) Facebook page.

Moreover, he is primarily a Youtube content creator. He created the channel on 10 July 2013 and so far has amassed 4.4 million views and 44.7k subscribers. A few years back, he had disabled his channel for some time and hence his subscribers count decreased from over 750,000 to what it has today.

Moving on, there is no exact information regarding his net worth and earnings. Nevertheless, his Youtube channel has worth $14,000. He has published over 640 videos which all together add up to more than 3.2 million views on this channel. LionMaker creates on average 81 new videos every month earning 12.3k video views and 80 new subscribers every day.