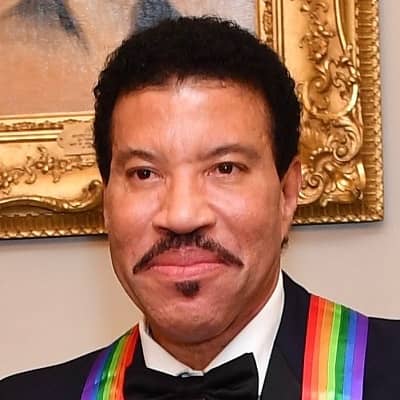 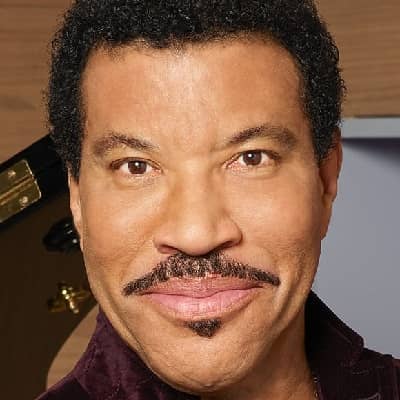 Lionel Richie was born Lionel Brockman Richie Jr. on 20th June 1949. He stepped into this world in Tuskegee, Alabama, United States. By this, he is currently 72 years old and American by nationality. Similarly, he is Christian by religion while his birth sign is Gemini.

Moving on towards his family members, he was born to his father Lionel Brockman Richie Sr., and his mother Alberta R. Foster. His father was a US Army System Analyst while his mother was a teacher. Likewise, he grew up as a single child in Tuskegee.

Talking about his educational status, he did his schooling at Joliet Township High school. During his scholastic years, he was a fantastic tennis player. After that, he was granted a tennis scholarship at Tuskegee Institute, which he gladly accepted. He graduated from Tuskegee University with a bachelor’s degree in economics. Moving on, as a university student in the 1960s, he was interested in several rising R&B acts. He attended Auburn University for a short time after obtaining his graduate degree.

In 1968, he signed with the ‘Commodores’ as a vocalist and saxophone. In the same year, he signed a one-record deal with Atlantic Records before moving on to Motown Records. The band ‘Commodores’ released their first studio album, ‘Machine Gun,’ in 1974, which was a funk record. Three years later, they published the self-titled album ‘Commodores,’ which went on to become one of their top five albums of all time.

In 1981, he sang the film’s theme song, ‘Endless Love.’ The song was a great hit in the United Kingdom, Brazil, Australia, New Zealand, and Japan. It’s also regarded as one of Motown’s biggest hits. His solo career began in 1982 with the release of his self-titled album. ‘Truly,’ one of the album’s songs, reached the top of the music charts in the United States. In 1983, he released his next solo album, ‘Can’t Slow Down,’ on the Motown Records label. The record went on to sell twice as many copies as his debut and won two Grammy Awards.

Lionel Richie was spotted playing one of his finest songs, “All Night Long,” during the closing ceremony of the Olympic Games in Los Angeles the following year. He enjoyed a succession of successful songs from 1984 through 1986, including ‘Stuck on You,’ ‘Running with the Night,’ ‘Penny Lover,’ and ‘Hello.’ The next year, he received an Academy Award for his song “Say You, Say Me,” which he penned and sang for the film “White Nights.” In 1985, he teamed with Michael Jackson on the charity record ‘We Are the World,’ which was a smash hit. The following year, he released ‘Dancing on the Ceiling,’ one of his most popular albums to date, with singles including ‘Ballerina Girl,’ ‘Se La,’ and ‘Dancing on the Ceiling.’ 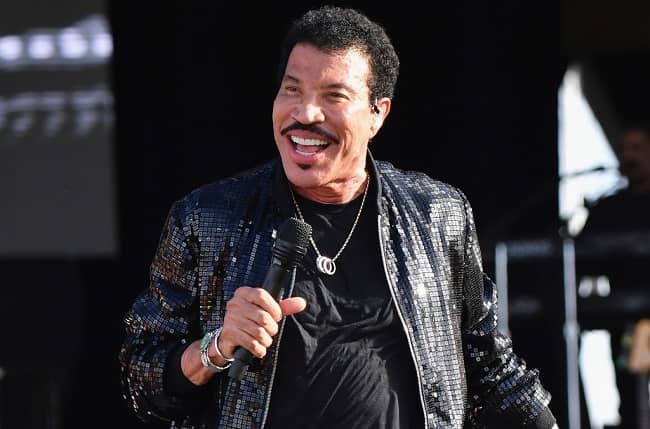 He remained on vacation for a few years until resurfacing in 1992 with his greatest-hits album, ‘Back to Front.’ He released his fourth studio album, ‘Louder Than Words,’ four years later, to mixed reviews. In 1998, he released his fifth studio album, ‘Time,’ which likewise failed to chart and sold poorly compared to his prior efforts. Richie’s song “Running with the Night” was included in the video game “Grand Theft Auto: Vice City” from 2002 to 2005. He also appeared in an episode of ‘CMT Crossroads’ and the British program ‘Top Gear’ during this period.

He played in the New Orleans Jazz & Heritage Festival in 2006, and his studio album, ‘Coming Home,’ was released the same year. The album went on to become one of the decade’s biggest hits. He hosted and performed in the series ‘An Audience with Lionel Richie’ the same year. He appeared on ‘Australian Idol’ from 2007 to 2009, performed at Times Square for the New Year’s Eve celebration, and released the CD ‘Just Go’. Also, he was spotted playing during Michael Jackson’s funeral ceremony in 2009.

He also performed at the AFL Grand Final Replay and the National Memorial Day Concert in Washington, DC in 2010. He released his eleventh studio album, ‘Tuskegee,’ two years later, which includes popular tunes by other recording artists. On NBC’s ‘The Today Show’ in 2013, he disclosed the start of his ‘All the Nights All Night Long’ tour.

With a successful career, Richie has made a huge amount of wealth. As of the wiki sites, he has an approximate net worth of $200 million US dollars as of 2021.

Richie married Brenda Harvey, his college love, on October 18, 1975. In 1983, they adopted Nicole Camille Escovedo, the two-year-old daughter of a member of Lionel’s band who was also the niece of drummer Sheila E.

After nearly 18 years of marriage, Richie and Harvey separated on August 9, 1993. On December 21, 1995, he got married to Diane Alexander. He has two children from this marriage named Miles Brockman and Sofia Richie. In 2004, the couple divorced. 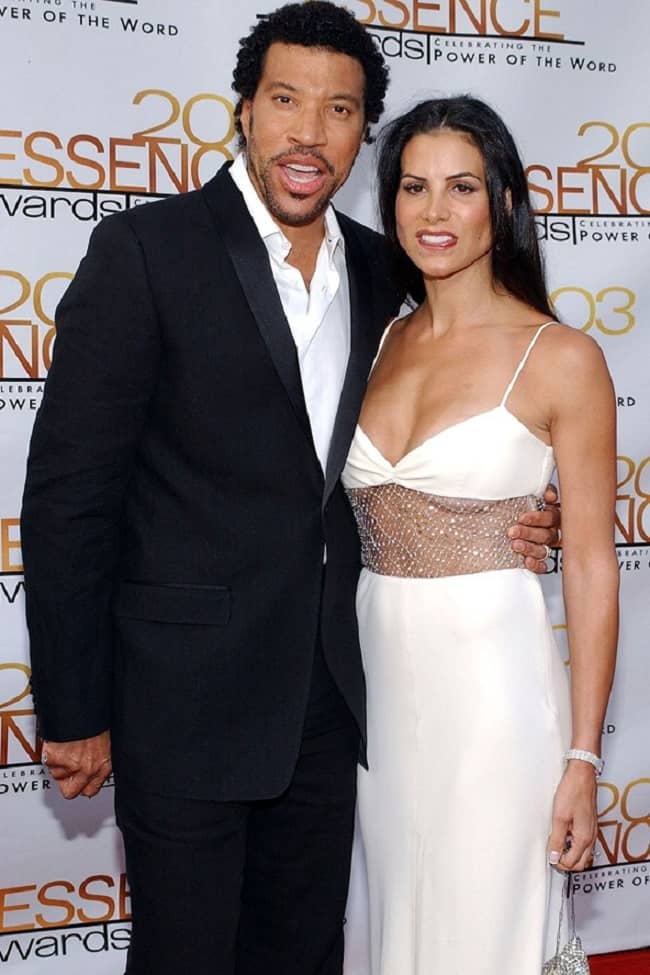 Enhancing his body measurements, Lionel stands tall at a height of 5 feet 11 inches or 1.8 meters. Similarly, he weighs around 77 kg. Also, he wears shoes of size 11 (US). In addition, the singer has black hair with a pair of black eyes. 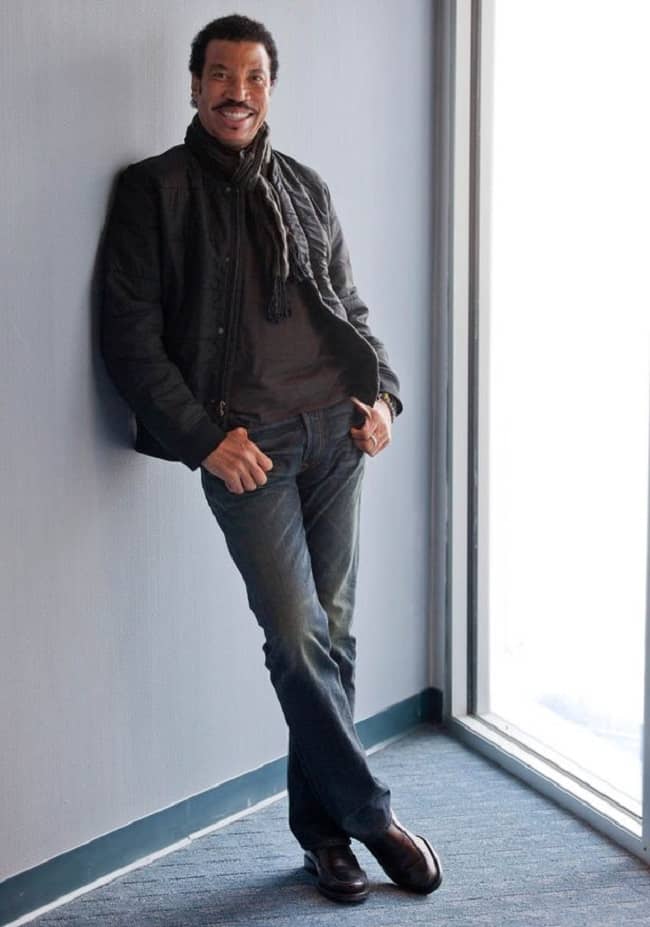 Caption: Lionel posing for a picture (source: The Mirror)