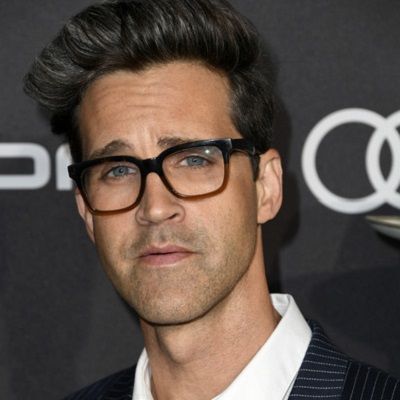 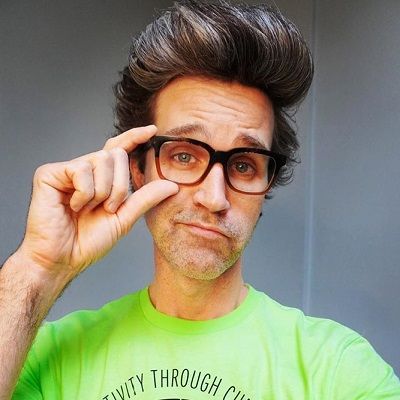 Link Neal is one-half of the popular YouTube comedy duo known as Rhett and Link alongside Rhett McLaughlin. Link Neal is self-stylized as “Internetainers”, the two are mostly known for their online daily show, Good Mythical Morning.

His real name is Charles Lincoln Neal III. His nickname, Link, which is derived from his middle name. He was born on June 1, 1978. He is 43 years old and his zodiac sign is Gemini. Moreover, he grew up in Buies Creek, North Carolina, and eventually moved to Los Angeles for his video making career. He was born to Charles Lincoln Neal II and Sue Capps. Moreover, when he was two years old, his parents went through a divorce. Sue then married her high school sweetheart, Jimmy Capps. 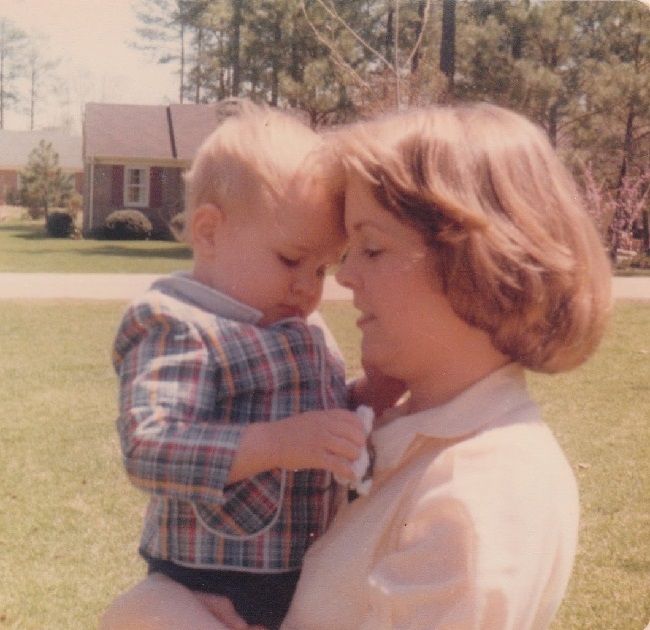 They have many shared experiences together throughout the years. That includes their “first job”, camping trips, exploring the Cape Fear river, multiple near-death experiences, and having the same first and second girlfriends, Leslie and Amber. Rhett stated that they enjoy making memories together, which is kind of their friendship motto. Moreover, he graduated from NC State University with a degree in Industrial Engineering in 2000.

Link met his future business partner and friend for life at his elementary school. They began their first creative endeavor together at fourteen. By writing the screenplay for a movie called “Gutless Wonders”. They filmed a couple of scenes for said movie, but unfortunately never completed it. In high school, they shot a 25-minute film-parody on the tragedy Oedipus the King. There, Rhett was Oedipus, and he was his father’s servant. Furthermore, they also started a band called “Wax Paper Dogz”. There, they were both lead singers until Rhett learned to play the guitar.

Soon after graduating, he worked for International Business Machines Corporation (IBM), where he was a co-op during his junior and senior years of college. He worked there for a few years, before leaving the job in pursuit of full-time entertainment. He now works as an ‘internetainer’ and co-owns “Mythical Entertainment.” with his best friend, Rhett James McLaughlin.

The duo was known in close circles for creating and performing comedic songs on various topics. With the support of their families, Link, along with Rhett, floated their first channel ‘Rhett and Link’ in 2006. They started out by posting short films, documentaries, and commercials for local brands. They gradually expanded their content to funny sketches and even made raps and songs.

Moreover, they started their morning show in January 2011, and it was originally named ‘Good Morning Chia Lincoln’. They had to rename the show as half of their Chia pets died by February the same year. The duo finally came up with the name ‘Good Mythical Morning’.

The show has featured several social media influencers like PewDiePie, comedians like Amy Schumer, and actors like Daniel Radcliffe. It has also won several awards including Best Variety Series at the International Academy of Web Television Awards in 2013. They have eventually branched out to several offshoots of the show. That includes ‘The Mythical Show’, ‘The Good Mythical More’, and ‘This is Mythical’. 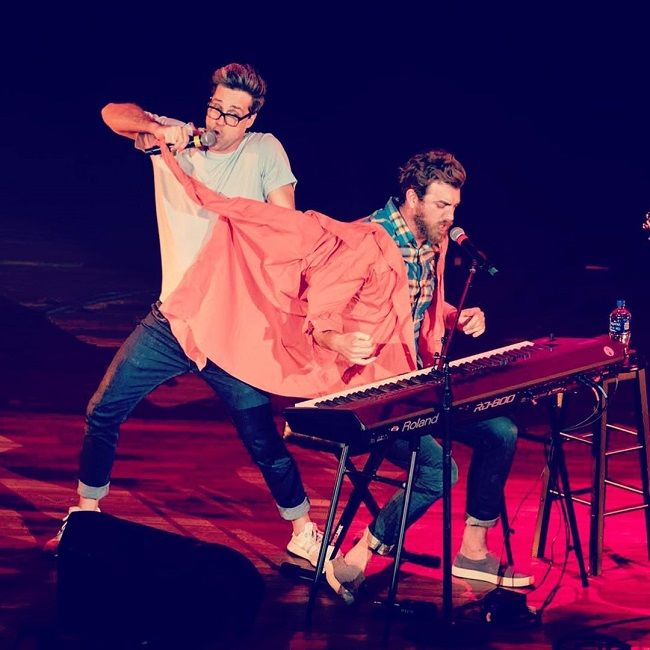 He has appeared as a guest in the ‘Epic Rap Battles of History’, and has portrayed Aviator Orville Write, Leonardo Da Vinci, and Explorer Lewis Meriwether as rappers.

He has also been involved in the creation of sponsored videos and commercials for various well-known commercial ventures. That includes McDonald’s, Taco Bell, Coca Cola, Cadillac, Wendy’s, Rush T-shirts, Amazon Echo, and Alka-Seltzer. The end-results have been immensely appreciated with several awards like Consumer Goods category at Advertising Age’s 2008 W3 Awards, Adweek’s 2008 Buzz Awards, and Best Online Promotion at the Apparel Industry category at the 2010 Spirit Awards.

He along with Rhett launched their PodCast initiative in 2013 in collaboration with SoundCloud and iTunes. He is also responsible for creating two music albums titled ‘Just Mail Us the Grammy’, in 2001 and ‘I’m Sorry, What Was That?’ in 2005.

They have also created music for their YouTube Red show ‘The Rhett and Link Buddy System’. That incidentally bumped out ‘Orange Is the New Black’ from the most-watched digital show list. He has made an appearance in several noteworthy television talk shows like ‘Jimmy Fallon Show’, ‘The Tonight Show’ with Jay Leno, and Conan.

He has also co-authored a book with Rhett, titled ‘Rhett & Link’s Book of Mythicality: A Field Guide to Curiosity, Creativity, and Tomfoolery’, set to be published in October 2017 by Hachette UK. As of April 2017, his joint net worth along with partner, Rhett, is estimated to be around 7.5 million USD, making him part of the highest-grossing YouTube franchise of recent times.

Talking about his personal life, he is a married person and is living a happy life. Therefore, in his junior year of college, he met Christy White at a rollerskating rink. They married in 2000 in Kinston, NC. Moreover, the pair have three children together, Lilian Grace Neal, Charles Lincoln Neal IV, and Lando James Neal.

He currently lives in the valley with his family. Furthermore, he has admitted that he has a slight case of OCD and likes to organize and re-organize his surroundings as has been described in his very famous video ‘The OCD Song’. 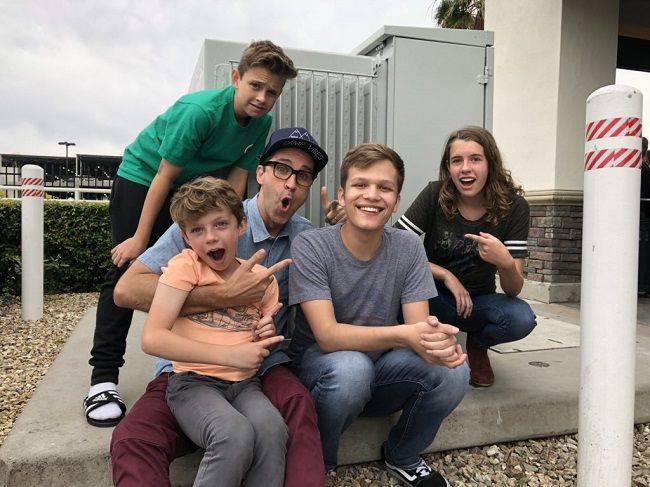 Caption: Link Neal clicking a photo with his kids and cousin. Source: Twitter

Link is a no smaller person and stands at a truly respectable stature of 6 feet. He weighs around 75 kg. His hair color is dark brown and has hazel eyes. He has an amazing personality. Moreover, he wears spectacles. However, other body measurements like chest-waist-hip, shoe size, dress size, etc are unknown.

He is active on social media and has gathered a large number of fans. His Instagram account ‘@linkneal’ has earned more than 788K followers. Link is also active on Twitter and has gained over 623K followers. Further, ‘Rhett and Link’ Facebook page has earned over 3.6 million followers.

He isn’t just a YouTube character yet additionally an actor and a humorist combined with years spent working for the International Business Corporation (IBM). He and Rhett have a merchandise clothing site where they have varieties of clothing services. All these have meant to give him a net worth of $16 million. He likewise makes a nice acquiring from brand supports, arrange exhibitions and income collected from his YouTube Channel.