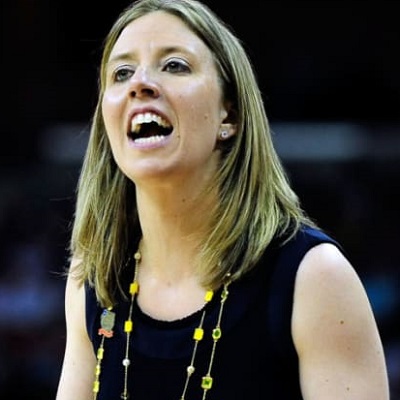 Lindsay Gottlieb is an NBA personality and an American Basketball coach. Gottlieb is currently the head coach of USC Trojans of the Pac-12 Conference. Prior to it, she has taken the task of head coach of the California Golden Bears Women’s team.

Lindsay Gottlieb was born on October 2, 1977, in Scarsdale, New York, United States Of America. She is 43 years old as of today. Her real birth name is ‘Lindsey Catherine Gottlieb’. There is no mention of her father’s name and mother’s name till now. But most of her family members were lawyers. Her father was a judge of New York State. She also has two sisters Suzy Gottlieb, who is a veterinarian, and Chris Gottlieb, who is a law professor, and brother Peter Gottlieb. Her brother is also a lawyer.

She is as Jewish as her family. She has American nationality and she belongs to the white Caucasian ethnicity. Her zodiac sign is Libra. Looking at her academic status, she has completed her schooling at Scarsdale High School, in Scarsdale, New York.

She was into basketball from her school time. She had aspired to have a college basketball career. Later, she enrolled in Ivy College, in Brown University as her family members, from 1996 to 1999. She has a B.A in political science. Moreover, she went on to Syracuse University. There she earned a master’s degree in philosophy of education.

Unsurprisingly, Gottlieb was pretty much tempted to basketball sports and was intending to have a career as a professional basketball player. She played basketball in her earlier years in college. But, she changed her perspective of looking game when she had to be unfortunately benched the whole season in her senior year due to injury. This incident proved to be a cornerstone to shift her mind and start preparing as a coach.

In her last year, she was both a player and a student assistant. After her experience as a player-coach, it was quite easy for her to work in the field. She was hired immediately after completion of high school by Syracuse University as an assistant coach. She remains with them for 2 years. Later, she also remains assistant coach at the University of New Hampshire and the University of Richmond too.

Moreover, she was hired by the University of  California along with head coach Boyle of Richmond. They together went on to win different titles and create history in the sports by producing outstanding players. During the duration, she was promoted as an associate head coach too. 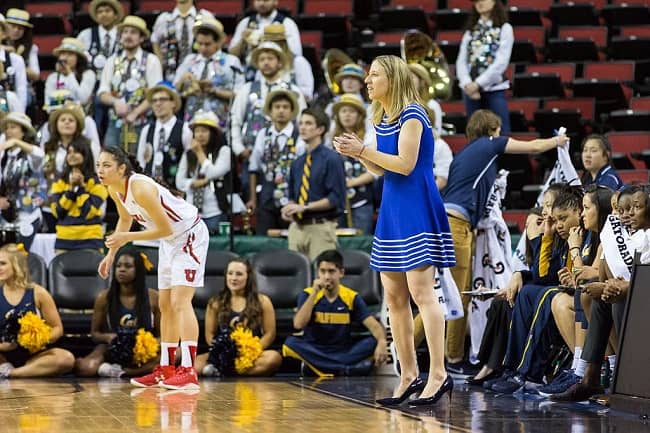 The journey as a head coach commenced when she was hired as one by the University of California, Santa Barbara. She was just 4th head coach in the history of UCSB. After a mixed experience with UCSB, she returned as the new head coach in Berkeley again and continued there for some time. In 2019, Cleveland Cavaliers hired her as an assistant coach, which made her the first NCAA women’s head coach to be hired by an NBA time. Recently she joined the University of Southern California as head coach on May 10, 2021.

Lindsey has earned a towering success during her time till now. This ambitious woman has proved her worth as a head coach on numerous occasions. Apart from this, she lives opulent life. The main source of her income is her job as a coach. Her net worth is about $2 Million USD. Likewise, she has not endorsed any brands as of now.

Lindsey Gottlieb is living a happily married life with her husband Patrick Martin. He is a finance manager by profession. He is currently working as a Senior Finance Manager for Genetics Diagnostics company in San Francisco. They also have a son Jordan Caleb Martin. He was born in the year 2017. There is no information about their extramarital affairs and pre-marital affairs about her. 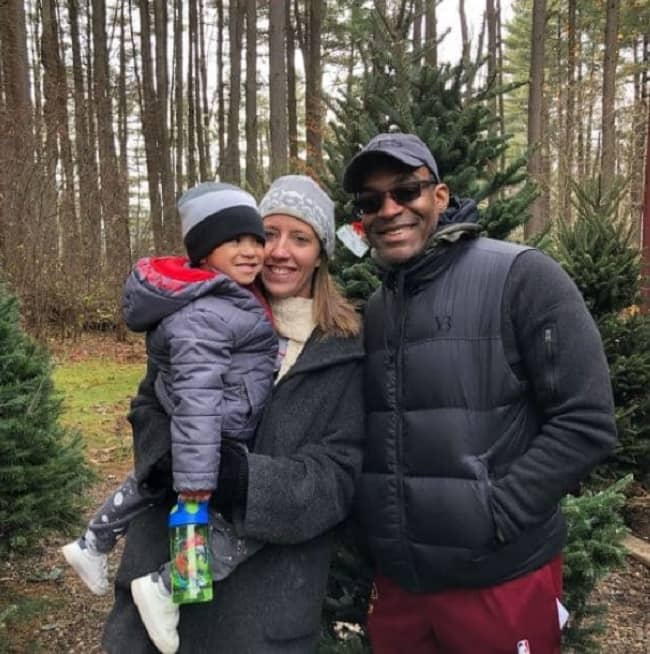 This sportswoman also has remarkable physical attributes. She has a good height of 5 feet and 10 inches. She has a weight of 68 kg. Moreover, she has beautiful hazel-colored eyes and the color of her hair is blonde. Her overall body measurement is 33-25-34 inches.