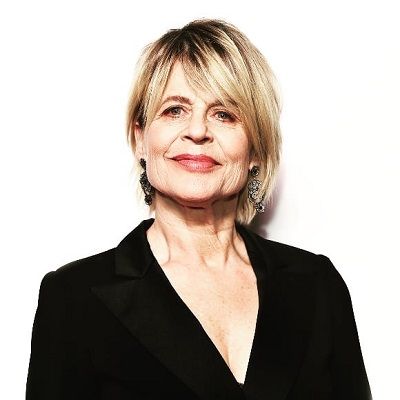 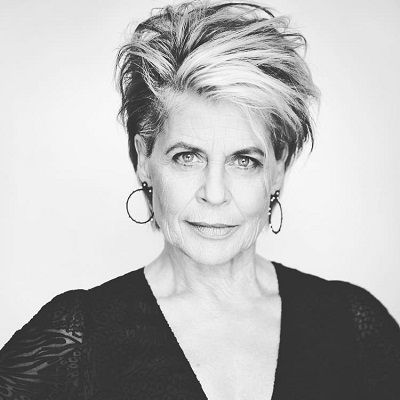 Linda Hamilton is considered one of the hottest and talented women of Hollywood during the 90s. Linda Hamilton is best-known projects were her portrayal of Sarah Connor in “The Terminator” film series and Catherine Chandler in the “Beauty and the Beast”.

The birthname of the actress is Linda Carroll Hamilton. She was born on September 26, 1956, with a zodiac sign, Libra. She is currently 63 years old. Her birthplace is in Salisbury, Maryland. Her father’s name is Carroll Stanford Hamilton. Sadly, her father died when she was just five. Later, her mother, Barbara K.Holt married a police chief. 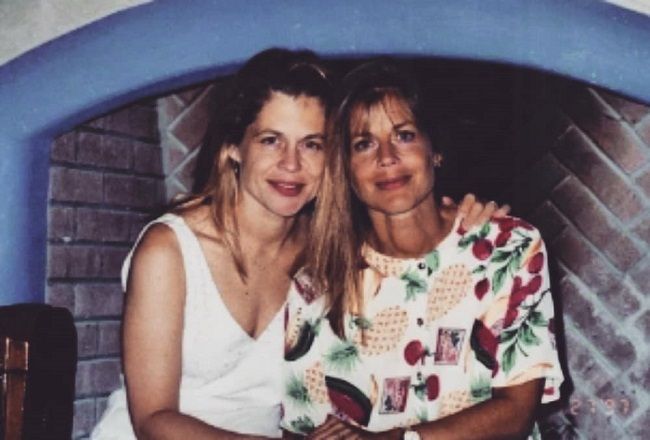 Additionally, she has a twin sister, Leslie Hamilton Gearren, one older sister, Laura Hamilton, and one younger brother named John Hamilton. Talking about her childhood days, she herself admits that she was brought up in a ‘boring’  environment in family.

Moreover, the well-known celebrity’s nationality is American while her ethnicity is White Caucasian. Actually, she belongs to a mixed ethnic background of English, Scottish, and Welsh.

Initially, Linda has claimed that one of her acting professors at “Washington College” told her she may not be able to earn a living as an actress. Despite this, she further attended an acting workshop.

For the first time, she acted as Lisa Rogers in the prime-time soap opera ‘Secrets of Midland Heights’.

She started with some minor roles such as in CBS’ nighttime soap opera ‘Secrets of Midland Heights’. It was aired from December 1980 o January 1981. Also, she had her big-screen debut in the thriller “TAG: The Assassination Game” in 1982.

Besides, she appeared in CBS telefilm ‘Country Gold’. Moreover, her more roles were in ‘Night-Flowers’, “Shirley’, ‘Reunion’, ‘Rape and Marriage: The Rideout Case’, ‘Mr.Destiny’.

Simultaneously, she started appearing in many movies. She first appeared in “Children of the Corn”(1984), “Black Moon Rising”. She also gave her appearance in a television series “Murder She Wrote” and “Beauty and Beast”.

With the help of “Mr. Destiny”(1990) and “Terminator 2”, she could be able to reach the big screen once again. What’s more is, she has also been a host in “Saturday Night Live”. 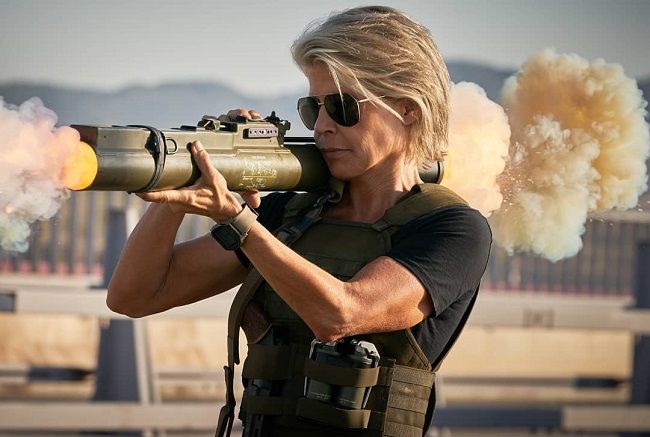 After the success of Terminator 2, she again came back with the character of Sarah Connor for the theme park version, ‘TD 3-D’. Her other significant role was in the film, ‘A Mothers’ Prayers'(1995).

In addition, the television series in which Hamilton is involved are ‘Curvature’, ‘A Sunday Horse’, ‘Lost Girl’, ‘Defiance’, ‘Bermuda Tentacles’, ‘Bad Behavior’, ‘Hard Times’, ‘Weeds’, ‘Chuck’, ‘Refugee’, ‘Air Force One is Down’.

Her next following movies were ‘Shadow Conspiracy’ and Sante’s Peak’. Also, she was involved in television shows such as ‘Frasier’ and telefilms like ‘On the Line’  and ‘Robots Rising’. As a further matter, her some other projects on movies are ‘The Color of Courage’, ‘In Your Dreams’, ‘Batman Beyond’, ‘Missing in America’, and many more. Recently, she had has a guest role on “Lost Girl” and a famous repeating guest role on “Defiance”.

In 2009, she contributed her voice acting in the science fiction war film ‘Terminator Salvation’. In the following year, she frequently made her appearance in the guest role of Mary Elizabeth Bartowski in the series named ‘Chuck’. Adding upon her cameo role in Television series dark comedy-drama named ‘Weeds’.

Likewise, she narrated in a horror documentary ‘The Future of Fear’ for Chiller channel in 2011.

As a successful actress, Hamilton has achieved “Golden Globe Award nominations” for ‘A Mother’s Prayers’ in 1996. Into the bargain, she has also received the “Primetime Emmy nominations”. She also won the “Saturn Award”  for her performance in “Terminator 2: Judgement Day” in 1992.

For “TAG: The Assassination Game, she was also listed as one of twelve “Promising New Actors of 1982” in John Willis’ Screen World, Vol. 34. She received CableACE Award for the best dramatic performance for her performance in television film, ‘A Mother’s Prayers’.

Furthermore, she made it to the top through “Dante’s Peak” as she received a blockbuster “Entertainment Award” for Favorite Actress- Action/Adventure in 1998. In total, she could be able to be fourteen wins and ten nominations for various achievements.

Also, her most important achievement was when she received “MTV Awards” for the best female performance and most desirable actress in 1992. She is one of the first female action heroes of Hollywood. She could be able to achieve “Body of the Nineties” and one of the 50 most beautiful people in the world.

With lots of hardworking, she won the Golden Satellite Best Performance by an Actress in a Miniseries for ‘The Colour of Courage’. Similarly, she received the DVD Exclusive- Video Premiere Best Supporting Actress Award in 2001 for ‘Skeletons in the Closet’.

Personal and past relationships

Linda Hamilton had a few past relationships as well.  She had divorced twice. Firstly, she was married to Bruce Abbott in 1982. Despite her being pregnant with their son Dalton in 1989, her husband left her.

Secondly, she was married to a film director named James Cameron in 1991. The couple shares a daughter named Josephine (1993). Unfortunately, their marriage broke after a very short time period. Surprisingly, their divorce was settled in a $50 million settlement in 1999.

Moreover, she has also stated that she had been suffering from Bipolar Disorder. According to her, this was the reason for her divorce with her first husband, Bruce Abbot.

While shooting in ‘Terminator 2: Judgement Day’, she had fired a gun inside an elevator without using her earplugs and also suffered permanent ear damage.

As being one of the public figures, she had to face several rumors and controversy regarding her career as well as past relationships.

One of the gossips regarding the actress is that she revealed that she has been celibate for at least fifteen years after divorcing James Cameron in 1999. There were several controversies because of the variation in thoughts of the people and the audiences. 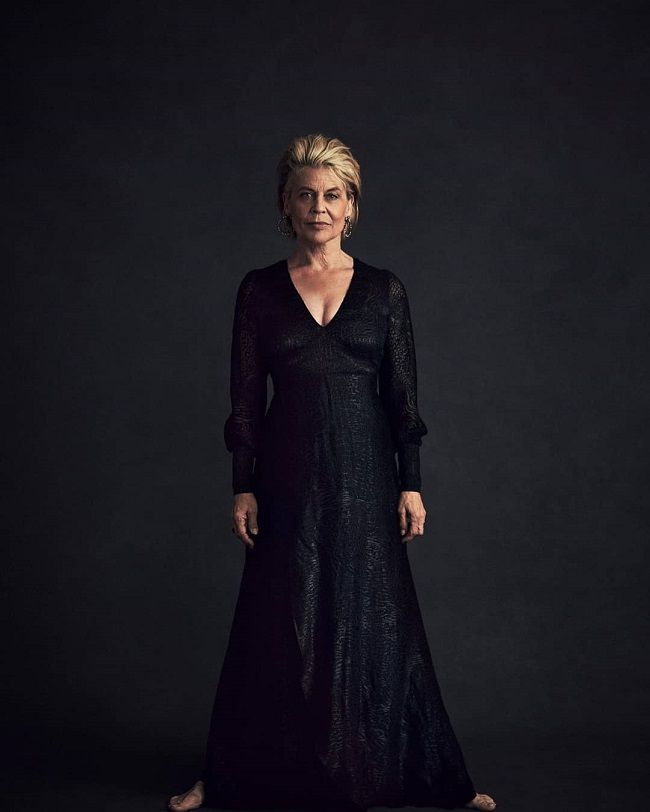 Unfortunately, other details about her body measurement are not known to anyone.