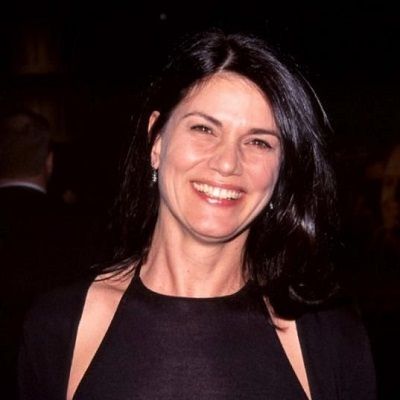 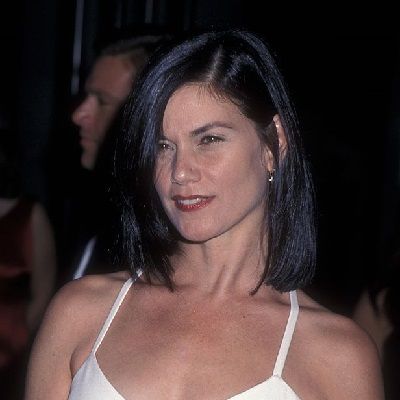 Linda Fiorentino was born on March 9, 1958, in Philadelphia, Pennsylvania, USA. Her nationality is American and has a Pisces sun sign.

She was raised in an Italian family along with seven siblings including Catherine Fiorentino, Rose Fiorentino, and Terry Fiorentino Christie.

Fiorentino grew up more like a tomboy, always considering her sisters to be prettier than her. She developed a love for basketball in her childhood and routinely practiced the sport with her brothers

Linda grew up in Philadelphia and later moved to Gloucester County, New Jersey. There she attended Washington Township High School.

Then she majored in political science at Rosemont College with the aim of pursuing a law career. She graduated from there in 1980.

However, in her junior year, Fiorentino got interested in theatre and by her graduation, she had decided to become an actress.

She later enrolled at the International Center of Photography and studied photography.

Linda Fiorentino film director/writer John Byrum on 23 June 1992. The couple, however, divorced a year later (1993). Currently, she is single.

In 2009, Mark T. Rossini, a 17-year veteran of the Federal Bureau of Investigation pleaded guilty to illegitimately accessing FBI computers during the trial of investigator Anthony Pellicano.

According to some sources, Rossini was in a relationship with Fiorentino, who had previously dated Pellicano.

Fiorentino wanted kids as a young woman but lost faith in marriage after her divorce. She once stated in an interview, “Marriage is a financial contract; I have enough contracts already.”

Coming to her career and professional life, Linda got her first professional acting role in 1985 when she appeared in the drama flick Vision Quest’ alongside Matthew Modine and Ronny Cox.

She then starred in the action movie ‘Gotcha’, in which she played a mysterious spy. The flick was not a financial success.

During this time, she also made a guest appearance in the TV series ‘Alfred Hitchcock Presents’. In 1988, the actress featured in the movies ‘The Moderns’ and ‘Wildfire’.

A year later, she played Lucy in the TV movie ‘The Neon Empire,’ a story of Junior Morloff, a gangster who plans to build a casino in the small town of Las Vegas after discovering that gambling is legal there.

She had roles in the comedy film ‘Queens Logic’, the romantic movie ‘Shout’, and the drama film ‘Chain of Desire’ in the early 1990s. The actress had roles in the thriller movies Bodily Harm’ and ‘Jade’ in 1995.

She next featured in John Dahl’s ‘Unforgettable’ alongside Ray Liotta. The film tells the story of a man obsessed with finding out who his wife’s murderer is.

In the year 1997, she played the role of Megan in the comedy film ‘Kicked in the Head’. Directed by Matthew Harrison, the flick also featured Kevin Corrigan, Michael Rapaport, and Lili Taylor in lead roles. 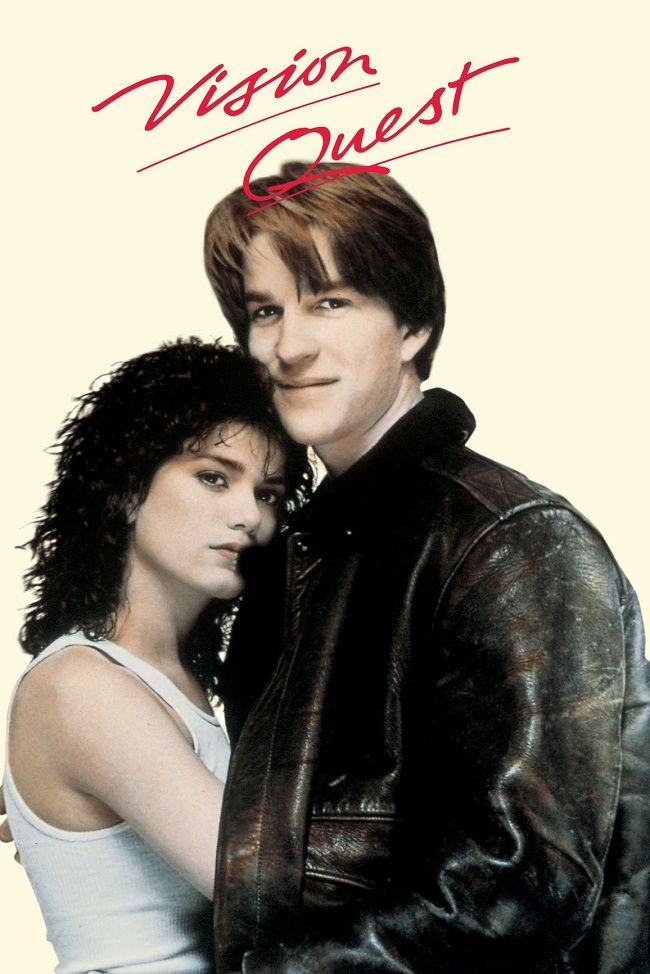 Despite having a well-known star cast, the movie was released in a direct-to-video format due to poor audience reaction at the test screenings.

She had a role in ‘Dogma,’ the fourth film in Kevin Smith’s ‘View Askewniverse’ series.

The movie’s irreverent treatment of the Catholic Church and Catholicism triggered considerable controversy before its release.

Also, organized protests deferred its release in several countries and led to a few death threats against Smith.

In 2000, Fiorentino did a number of projects including ‘Ordinary Decent Criminal’, ‘What Planet Are You From?’ and ‘Where the Money Is’.

While ‘Ordinary Decent Criminal,’ directed by Thaddeus O’Sullivan, is loosely based on the story of the famous Irish crime boss, Martin Cahill, the other two are sci-fi comedy and drama crime films, respectively.

In 2002, she played a lady threatened by a sniper in the flick ‘Liberty Stands Still’ opposite actor Wesley Snipes.

She next came up with two documentaries, one dealing with research on juvenile diabetes and autism, and the other about discrimination against Italian-Americans titled ‘Equal Protection.

In 2009, she starred in ‘Once More with Feeling’, an independent comedy-drama movie directed by Jeff Lipsky and written by Gina O’Brien.

The film, also starring Chazz Palminteri and Drea de Matteo, is about a guy who pursues his old dream of becoming a vocalist by performing karaoke.

Besides working, she has been developing documentaries about research on juvenile diabetes and autism; about discrimination against Italian Americans in “Equal Protection”; and a daytime show about parenting techniques entitled “Motherhood” in December 2007.

Again her performance in ‘Men in Black’ was also appreciated and earned her two award nominations for playing a supporting actress. Her net worth is approximately $2 million.

In 1997, she was cast in ‘Men in Black’ which became that year’s third highest-grossing movie and grossed over $590 million worldwide on a budget of $90 million.

In 2008, she donated $1,000 to the New York Senate Campaign for Democratic candidate Hillary Clinton.

As part of his plea agreement, Rossini agreed to pay a fine and resign from the FBI, and Pellicano served 30 months in prison for illegal possession of firearms, explosives, and homemade grenades.

Talking about her body measurement, she is 5 feet and 8 inches tall. She has black hair and a pair of brown eyes.

Linda Fiorentino is not active on any social media. She was once active on Twitter and had only 1,422 followers with zero following.