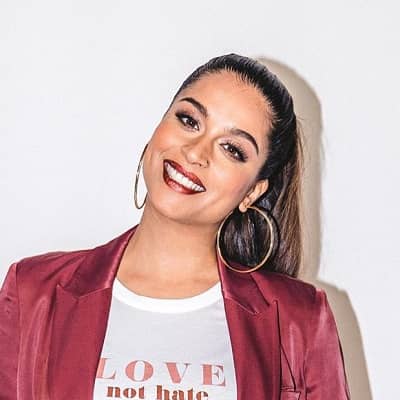 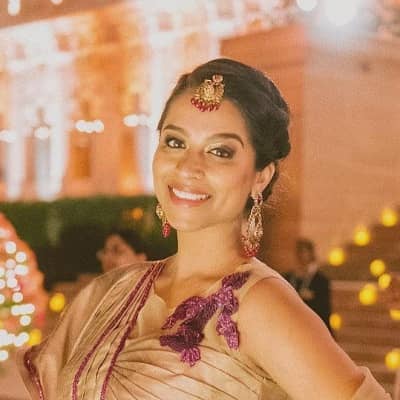 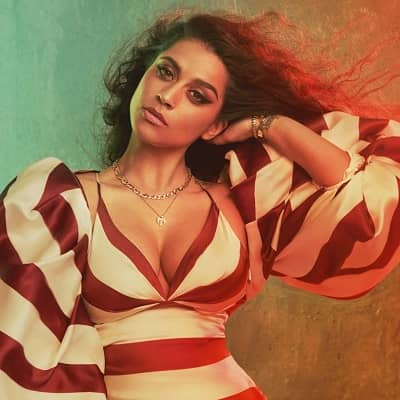 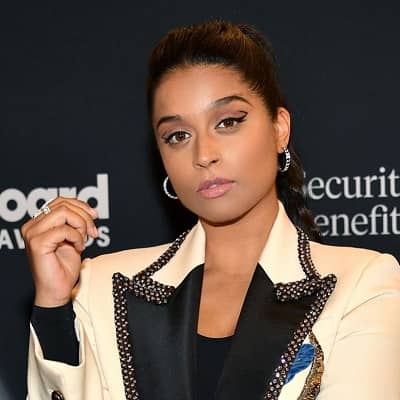 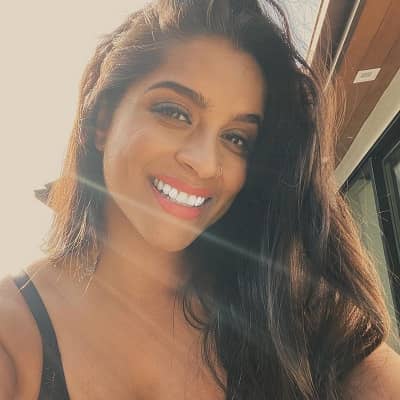 Lilly Singh is a Canadian YouTuber, comedian, entertainer, talk show host, and actress. Lilly Singh gained fame on social media under the pseudonym IISuperwomanII. She is also a New York Times best-selling author as well as the founder of “GirlLove”.

Lilly Singh was born on September 26, 1988, and she is currently 33 years old. Her full name is Lilly Saini Singh. She hails from the Scarborough district of Toronto, Ontario.

Her parents are her mother Malwinder Kaur and her father Sukhwinder Singh. Her parents emigrated from Hoshiarpur, Punjab, India, and raised her as a Sikh. Likewise, she has an older sister named Tina Singh (born 1982). She is also a YouTuber who makes videos about her family life with her husband and three boys.

As a child, she has said she was a tomboy. Talking about her education, she attended Mary Shadd Public School during her elementary years. Then in 2006, she graduated from Lester B. Pearson Collegiate Institute in Toronto. There, she returned as an alumna to visit her old teachers.

Moreover, she was also a member of Girl Guides of Canada and participated in their youth programs. Then in 2010, she graduated from York University in Toronto with a Bachelor of Arts in Psychology. 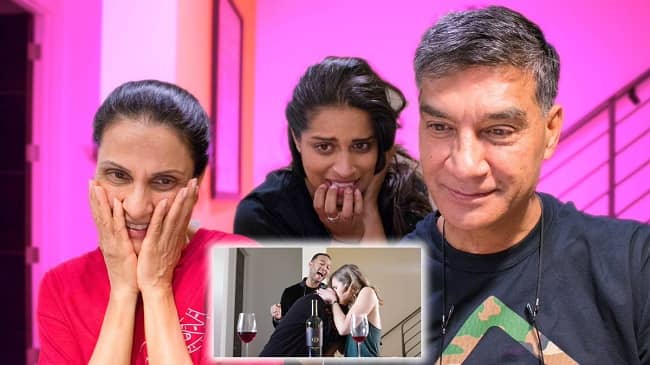 Lilly Singh is professionally a multi-talented personality. She is a YouTuber, comedian, talk show host, and actress. She performs stand-up comedy, raps, hosts events, acts, and has appeared as a motivational speaker. Likewise, she is also popular as “IISuperwomanII” which is her online pseudonym. She began making YouTube videos in 2010.

By the year 2017, she was ranked tenth on the Forbes list of the world’s highest-paid YouTube stars. She earned a reported $10.5 million. As of October 2020, she has 3.4 billion views and more than 14.9 million subscribers. Moreover, in 2019, she announced that she would be dropping the “Superwoman” name and would be known only by her real name going forward.

She has also been featured in the annual YouTube Rewind every year since 2014, except for 2019. Furthermore, Forbes named her one of the 40 most powerful people in comedy in the year 2019. Regarding awards, she has received an MTV Fandom Award, two Teen Choice Awards, four Streamy Awards, and a People’s Choice Award. 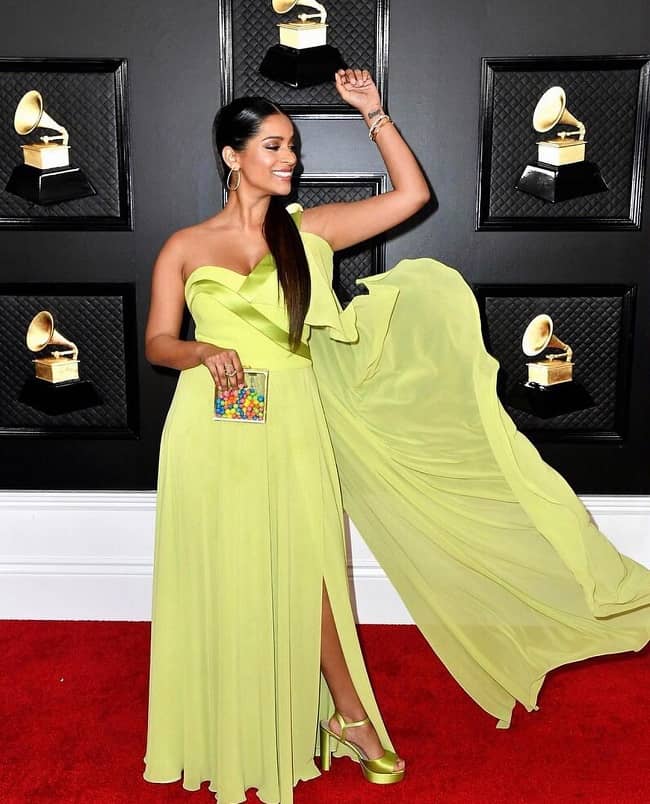 Lilly Singh started as a background Bhangra dancer in Bollywood movies such as Thank You & Speedy Singhs and she eventually climbed her way up to becoming one of the most celebrated Internet sensations. She then received the Diamond Play Button as a gift from YouTube for hitting the 10 million subscribers milestone on her 28th birthday in 2016.

In the year 2016, she released her first film. It is a documentary chronicling her world tour and its title is A Trip to Unicorn Island. This documentary won a Streamy Award for Best Feature the same year. Then in March 2017, she released her first book titled How to Be a Bawse: A Guide to Conquering Life. It reached number one on the New York Times best-seller list.

Singh is also popular for her role in the movie Dr. Cabbie and the YouTube series Giving Back Glam; The Tube’s Hautest, and Lana Steele: Make-Up Spy. She is also famous for her rapping skills and has a few songs including #LEH feat. Humble The Poet; IVIVI feat. Humble The Poet, and she is featured in Jassi Sidhu’s song “Hipshaker”. 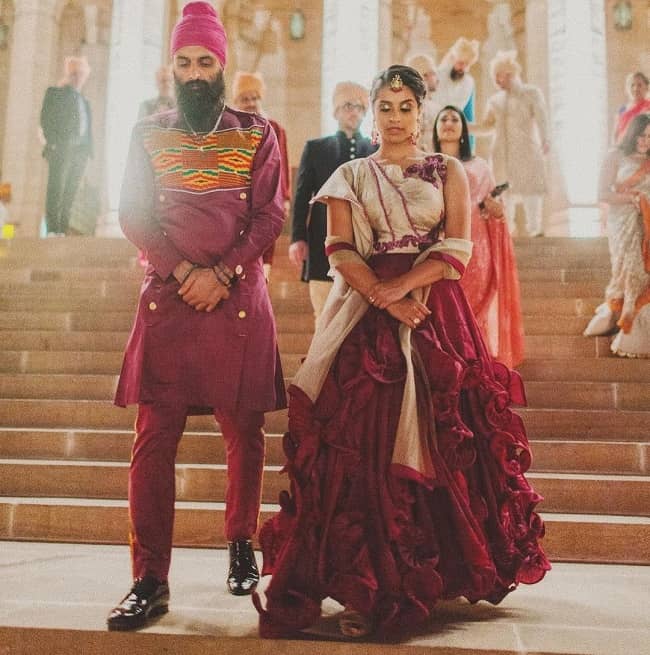 Since September 2019, she acts as executive producer and host of the NBC late-night talk show called A Little Late with Lilly Singh. She is also the only openly LGBTQ+ person as well as the first person of Indian descent to host an American major broadcast network late-night talk show. She is also a co-owner of the upcoming Los Angeles National Women’s Soccer League team.

Likewise, she also developed a strong connection with her Punjabi heritage during visits to India. She struggled with depression and began making YouTube videos as a way of dealing with her feelings. As a young adult, she lived with her parents in Markham, Ontario.

Several magazines have featured her like on The Comedy Network, HelloGiggles, Metro, OMNI, ZeeTV, and Globe and Mail. She has also collaborated on videos with several other popular YouTubers including Ryan Higa, Grace Helbig, Colleen Evans, Connor Franta, and Jenna Marbles among many others.

In 2017, UNICEF announced Lilly Singh as their Goodwill Ambassador. She worked to advocate for children’s rights during this time. She has also led a campaign called “GirlLove” and this promoted girls to end girl-on-girl bullying. Then in July 2018, she traveled to South Africa as a UNICEF Goodwill Ambassador to meet the students of elementary schools who spoke against bullying and classroom violence.

Singh frequently portrays Punjabi culture in her videos. This contains satires on people’s complaints and prominent issues. The most popular video on her channel is Three Girls, One Elevator (ft. Zendaya & Winnie Harlow) which also promotes her women’s empowerment campaign GirlLove. Popular publications like The Huffington Post, Bitch, ColorLines, and Vice have accused Lilly Singh of cultural appropriation of African-American culture. Moreover, Anna Silman of The Cut accused her of appropriating both black and Indo-Caribbean culture on her channel because she tended to don a “blackened”, whilst making rap videos sporting chains and cornrows.

Moreover, Tayo Bero of Teen Vogue wrote that “She falls into a category of non-Black people of color in entertainment who have built massive followings often by mimicking Black culture and leaning heavily into Black stereotypes.”

Similarly, Rachna Raj Kaur and Radheyan Simonpillai of Now similarly criticized Singh’s appropriation of Black culture due to her use of braids, hip-hop slang, and Caribbean accents. Singh has responded to the criticism and stated that her mannerisms are due to her upbringing. She added:

“all my friends from Scarborough act exactly like me.”

Lilly Singh publicly came out as a bisexual through her social media in February 2019. Other than this, she has not shared much information regarding her current love affairs and relationships. Nevertheless, she dated the American personality Yousef Erakat. He is also popular on YouTube. She spoke about her relationship through a status on Facebook.

Caption: Lilly Singh came out as a bisexual via social media. Source: Instagram

Lilly Singh stands tall at a height of 1.65 meters or 5’5″ and her weight is approximately 60 kgs or 132 lbs. Likewise, she has dark brown eyes and hair of the same color. Similarly, her chest-waist-hip measurements are 32-28-34 inches respectively.

Talking about her social media presence, Lilly Singh joined Twitter in October 2010 and so far has over 5.5 million followers on her @lilly account. Likewise, she goes by @lilly on Instagram and this account boasts 4,postspost and shares and over 9.5m followers as of October 2020.

Talking about her Youtube channels, her main Youtube channel is “Lilly Singh”, which was previously called “IISuperwomanII”. She created this channel on October 29, 2010, and over the decade, she has earned over 3.4 billion views and more than 14.9 million subscribers.

Furthermore, the official Facebook page has earned over 3.4 million total likes and more than 4.8 million people following her journey. Moreover, we can contact her for more/business inquiries at  [email protected] We can also send her fan-mail at PO BOX: 1661 Denison Street (PO Box 76595); Markham, ON L3R 6E0; Canada.