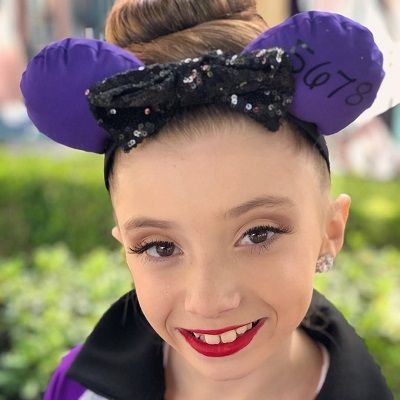 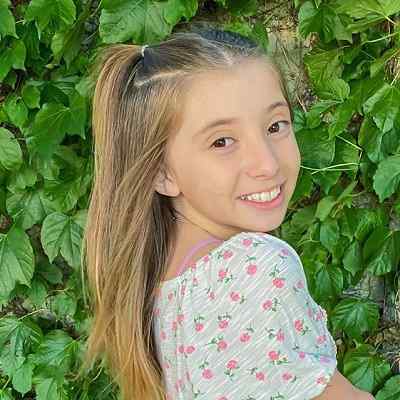 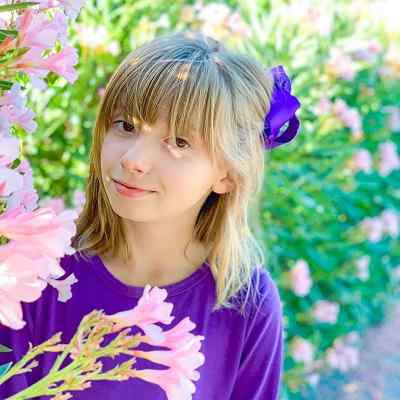 Lilia Jean is a young American social media personality. Lilia Jean is primarily a Youtube star who was born and raised on her mother’s family’s Youtube channel “JessFam”. Her growth since birth has been captured and shared in this channel. Moreover, she is also a young dancer along with her twin brothers.

Lilia Jean was born on June 18, 2010, and she is currently 12 years old. She is originally from California and her zodiac sign is Gemini.

Further, from her father’s marriage with Amber, she has two additional step-brothers namely Logan and Malakai. Moreover, her full name is Lilia Jean Esquilin.

There is no information regarding her educational journey and other family details.

But she mentioned in an Instagram post in early August 2019 that she is a 4th grader now. However, she didn’t mention the institution she attends. 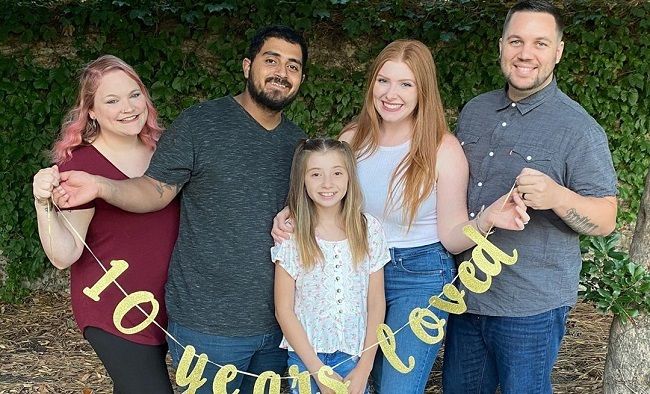 Caption: Lilia Jean posing for a photo with her parents and step-parents on her 10th birthday. Source: Instagram

The young and rising star also has her Tiktok account. She goes by the username @lilia.jean (Lilia) and has earned 41.7K followers along with 499.6K hearts.

She often features her parents, siblings, and family on her social media accounts.

Further, she also frequently appears on her mother’s family Youtube channel “JessFam”. This channel has earned 1.08 million subscribers and 397,573,226 views since its creation on 10 September 2009.

Likewise, she also appears on another family Youtube channel called “JesssKids”. This channel has had 48K subscribers and 316,575 views since its creation on 4 January 2017.

On his channel, they share videos related to crazy games and adventures with the JessFam kids.

Professionally, Lilia Jean is a Youtube personality. She is famous as the daughter and oldest child of YouTube star Jessica Skube.

She made her debut when her mother was only eighteen years old and rose to fame on the wildly popular “JesssFam” YouTube channel. This channel has amassed over 1 million subscribers since then.

Likewise, the mother’s pregnancy with her was well documented on YouTube. Then she first appeared on her family’s vlogging channel in a 21 June 2010 video titled Our Amazing Labor and Delivery!!

Moreover, on 8 April 2015, her mother posted a YouTube video titled LILIA’S 1ST VLOG! she is also a dancer along with her twin brothers.

She has also participated in competitions and performed onstage with her dad. 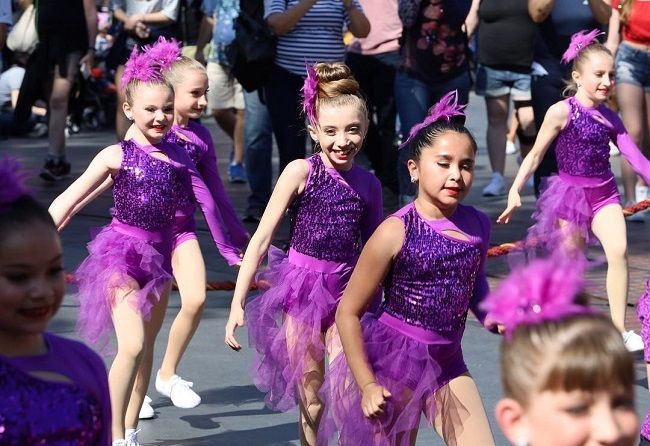 The young and beautiful Lilia Jean is currently single. She is too young to be involved in any romantic relationship. Nevertheless, with her beauty, talent, and charm, she is sure to attract many lovers shortly.

Talking about her parent’s relationship in detail, her mother welcomed her at the young age of 18 years. She was born exactly at 5:12 am in a hospital.

Her mother Jessica gave birth to her first child together with her then-boyfriend and high school sweetheart named Gabriel “Gabe” Esquilin.

Sadly, after her birth, her parents broke up. Nevertheless, her parents are still good friends to this day and are co-parenting her.

Shortly after their breakup, her mother reconnected with her future husband Drake Roque.

They were born on 30 March 2012. Her mother had arug-free drug and natural birth in the hospital.

Moreover, on 3 March 2014, her mother had a home water birth. This time, she welcomed her third son with Drake and named him Landen Joseph. Just weeks before giving birth to Landen, her mother separated from Drake.

They are now legally divorced. Unfortunately, Drake is not much involved in his sons’ lives, unlike Gabe who is still co-parenting her after so many years.

Later, her mother married Chris Skube. The duo engaged on Valentine’s Day 2015 and got married the same year on 8 August.

Her mother is now the stepmother to Chris’ two sons namely Caden Joseph and Tommy Rae. On Easter 2016, her mother announced her pregnancy with her step-dad Chris.

This time, she welcomed a daughter named Addelyn “Addie” Jade. The couple has mentioned that had it been a boy, they had chosen the name, Jackson Scott.

Moreover, her father Gabe is currently married to Amber Nicole Esquilin. They tied the knot on October 8, 2017, and gave birth to a son named Malakai on November 5, 2018.

Through her father’s relationship with Amber, she also has an elder step-brother named Logan who is 11 years old.

However, it is sure that these stats shall keep changing for several upcoming years. It is because she is still very young and in the stage of development.

Nevertheless, there is information about her body stats at the time of her birth. She weighed 7lb 6oz and was 19 inches long in height when she was born.

Also, we can contact her for business and PR opportunities at [email protected] Moving on, she has a net worth estimation of approximately $1 million to 5 million dollars.