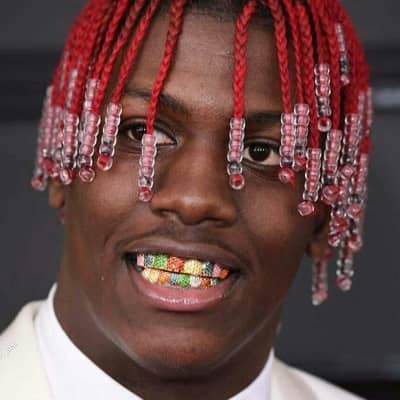 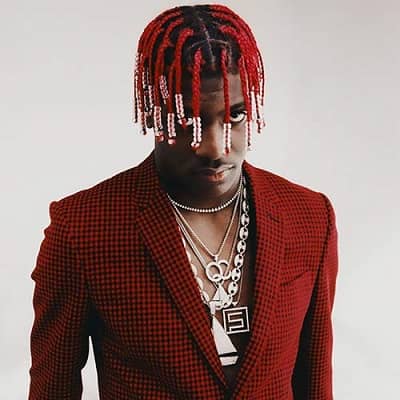 Lil Yachty is a young rapper and a songwriter who is more popular after his single “One Night” was out. Also, Lil Yachty became popular with the help of his two mixtapes, “Summer Songs 2” and “Lil Boat”. As of now, he has music labels such as “Capital Records, “Quality Control Music”, and also “Motown Records”.

The rapper’s birthdate is on 23rd August 1997, and his birthplace is Mableton, Georgia, United States. Lil Yachty holds an American nationality and follows the Christian religion. His real name is Miles Parks McCollum. Likewise, the rapper’s current age is twenty-five years old and his sun sign is Leo. The name of his father is Shannon McCollum who is a professional photographer and a popular personality as well. He also has a younger sister whose name is Kodie Shane. Kodie Shane is a singer and was also present in Yachty’s song “The Sailing Team”. After he migrated to New York, Yachty was having a patchy life with a lot of turnovers.

He was teased, bullied, and even harassed every day in his school. The rapper began working on his career from a very early age. Moreover, he has several nicknames and they are Miles Parks McCollum, Lil Boat, Nautica Boat Boy, and King Boat. As for education, Yachty went to Pebblebrook Highschool. At that time as well, he was working at McDonald’s. It was the moment when the rapper got to know various rappers and producers. Then, Yachty attended Alabama State University for his further studies but after 2 months he dropped out. Also, the rapper was raised by listening to Drake’s creations. 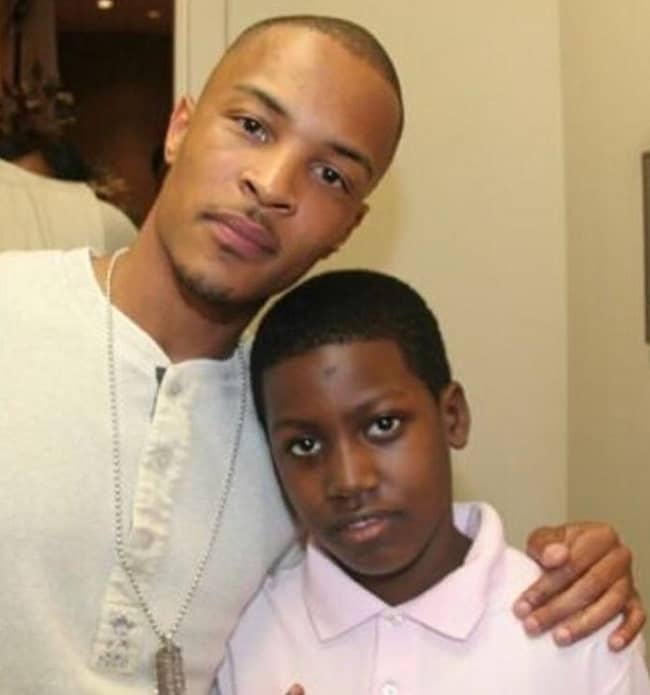 Caption: Lil Yachty with T. I. when he was young (Source: Gossip Gist)

In December 2015, Yachty first grabbed the attention when his song “One Night” of the SoundCloud version was utilized in a popular comedy video. Lil Yachty appeared as a model in Kanye West’s Yeezy Season three fashion line at Madison Square Garden in February 2016. In March 2016, Yachty’s first mixtape “Lil Boat” was out. The artist worked together with DRAM in April 2016 on the famous song “Broccoli”. Also, Yachty was present on Chance the Rapper’s Coloring Book mixtape which was out in May 2016.

On 10th June 2016, the artist declared that he had made a deal a partnership together with Quality Control Music, Capitol Records, and also Motown Records. In July 2016, the rapper brought out his 2nd mixtape “Summer Songs 2”. Yachty was then present on Kyle’s single “iSpy” in December 2016. Likewise, he was present in Tee Grizzley’s single “From the D to the A”, which was out in March 2017. The rapper brought his 1st studio album, “Teenage Emotions” on 26th 2017.

In December 2018, he got along with FaZe Clan as “FaZe Boat”. Yachty came up with a cooperated project on 28th February 2020 whose name is A-Team together with Lil Keed and Lil Gotit and also with the producer Zaytoven. The album includes ten tracks and was led by the singles “Accomplishments”, “A-Team (You Ain’t Safe)”, “Drip Jacker”, and also “Hightop Shoes”. Then, on 9th March 2020, the rapper brought out the lead single from Lil Boat 3’s “Oprah’s Bank Account”. It also presented Drake and DaBaby.

On 29th May 2020, Lil Boat 3 was out. The rapper declared on 19th October 2020 that his target was to premier the mixtape, “Michigan Boy Boat”, before 2020 ends. But Yachty brought the deluxe version of Lil Boat, which is “Lil Boat 3.5”. In addition, he sang the theme song for the revival of Saved by the Bell in 2020. Later, the rapper brought out the single, “Hit Bout It” in the same month which also presented Kodak Black. Moreover, the rapper is also upgrading himself to an action film related to the card game Uno. 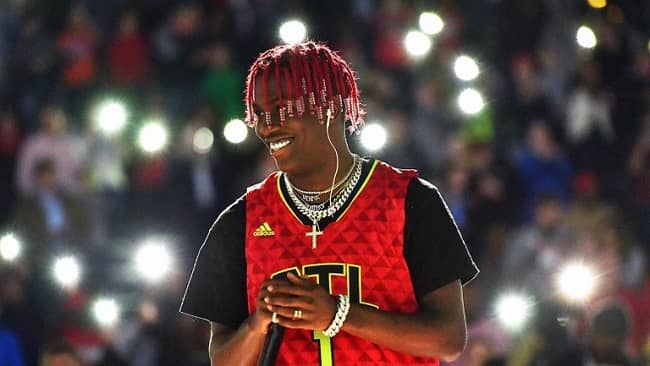 The popular rapper has a stunning net worth of around $8 million. Lil Yachty has been earning his fortune from his only career in the music field. Moreover, he also earns some money from his guest appearances on various shows, from sponsors, collaborations, and also from stage performances. As of now, the rapper is living a great and luxurious life after struggling and suffering from various issues.

The American rapper, Lil Yachty has previously dated JT who is also a rapper. As of 2017, he was dating India Westbrook and from the year 2016 to 2017, he was dating a model, Rubi Rose. Other than this, there is no further information regarding the rapper’s love life. However, he posted a mirror selfie with a girl which seems to be his girlfriend. 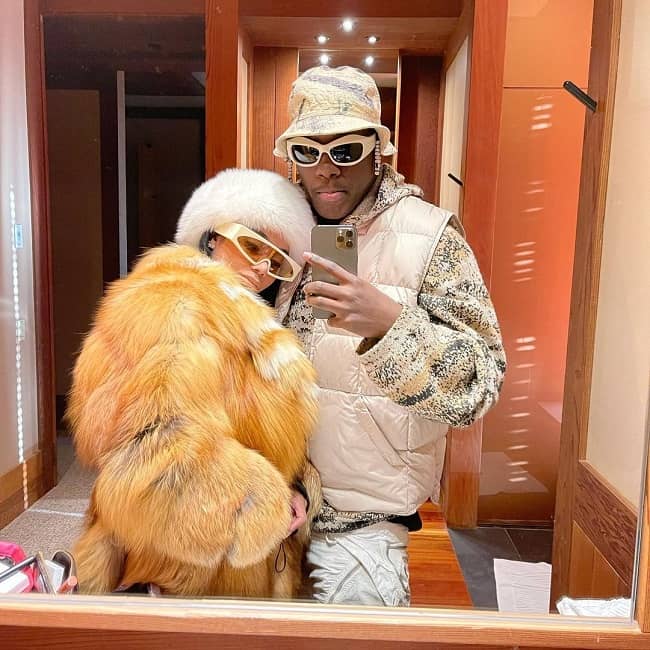 Caption: Lil Yachty posing for a mirror selfie with a girl (Source: Instagram)

Besides this, the rapper was arrested at a mall in Palm Beach Gardens, Florida in September 2015 due to credit card swindling. Then, he was out of jail after posting a bail bond of $11,000.

Moreover, the rapper again got into another controversy together with his colleague, Soulja Boy. There was a misunderstanding about a leaked videotape which guided to a conflict on social media. It then ends in a real fight with Soulja Boy punching Yachty’s face. These scandals have just promoted the rapper to grab more attention and get more followers’ sympathy.

Talking about the talented rapper’s physical appearance, he has a height of 5 feet 10 inches or 1.8 m. Yachty has a body weight of around 70 kg or 154 lbs. Similarly, the rapper’s body measurements are 42-30-35 inches and the size of his biceps is 14.5 inches. The rapper has dark brown eyes with black hair. Also, he loves to style his hair with beads and braids. Lil Yachty even colors his hair into different colors like red, orange, etc. Yachty also has a dark complexion with an average body type.