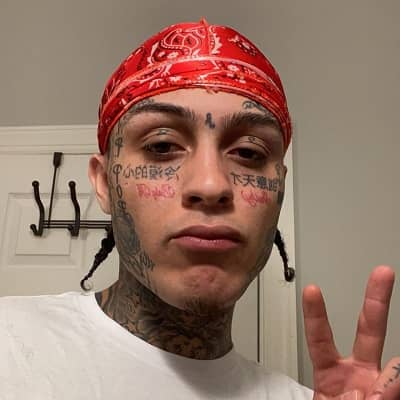 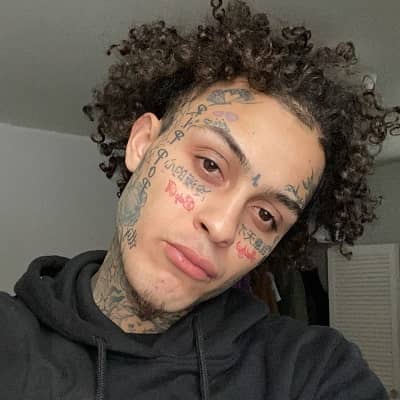 Lil Skies is a well-known American rapper who is well known for his debut mixtape, Life of a Dark Rose, and songs such as Red Roses and Nowadays. Lil Skies’s musical inspiration came from his dad, who was a struggling rapper who never made it as a musician. He began his career by posting his songs to YouTube and SoundCloud because he did not have a record deal at the time.

Lil Skies was born Kimetrius Foose on August 4, 1998, in Chambersburg, Pennsylvania in a middle-class household to interracial American parents. Likewise, he is 22 years old currently. Michael Burton Jr., his father, was a struggling musician who went by the stage name Dark Skies. Lil Skies’ mother’s name is Shelby Foose. Skies fell in love with music despite the fact that he was unable to pursue a successful music career. Skies, on the other hand, was exposed to the music of all genres by his father. Michael will often accompany him to the studios. As a result, at the age of four, Skies entered a recording studio for the first time. His father was severely burnt and injured in an explosion when he was at school.

Skies graduated from Waynesboro Area High School in Pennsylvania with grades. He became a massive fan of Lil Wayne and 50 Cent after listening to their music. He used the stage name Lil Skies after being inspired by Lil Wayne. Skies enrolled at the Shippensburg University of Pennsylvania after graduation from high school. Around that point, he had determined that it was time to try a full-fledged music career. He tattooed his face in order to avoid getting a steady job. He dropped out of college after the first year and began rapping at the age of 18. 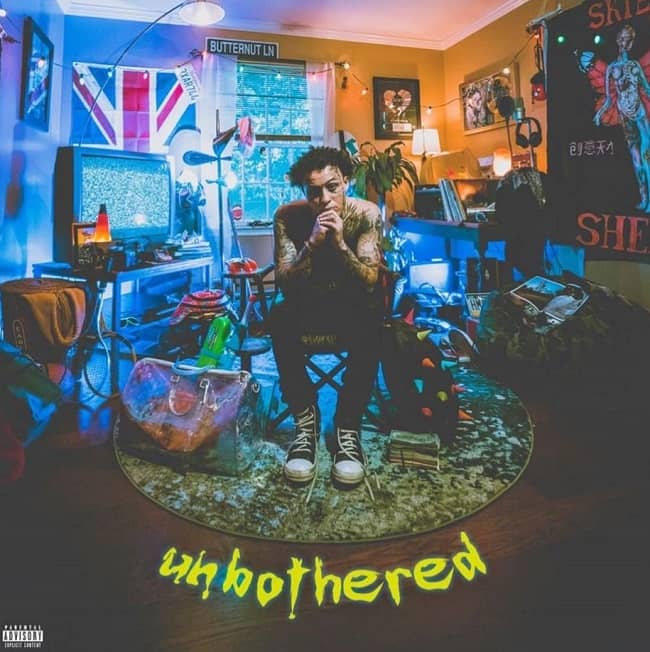 He had already begun freestyling on rap beats at college shows by the time he entered university. He was also bright academically. As a result, he acquired a lot of popularity in college. He once had the chance to open a Fetty Wap show. As a result, he amassed a huge online following. However, he was already a minor star on YouTube and SoundCloud at the time. In August 2015, he released his music video for the song Lonely, and the massive response inspired him to create more music. He kept posting music videos to YouTube, slowly attracting followers. In 2016, he released his second music video, Da Sauce, which became an instant success with over a million views. For each new upload, his SoundCloud account gained followers.

Skies released his debut mixtape, Good Grades, Bad Habits 2, the same year. The mixtape’s first installment was not made public. The tape described his problems in school and college, despite the fact that he was a straight-A student. Red Roses, the album’s first single, was released in July 2017. The song was an immediate success, went to number on the Billboard Hot 100 chart. Skies released another song, Nowadays, in December 2017, which did slightly better on the American rap charts. The song debuted at number 85 on the Billboard Hot 100 and peaked at number 55. The RIAA certified the single as gold after it was downloaded over 500 thousand times.

In January 2018, prior to the release of his mixtape Life of a Dark Rose. Atlantic Records had already made a business arrangement with him. This resulted in the promise of a major release, and Skies was thus all set to establish himself as a popular rapper. The tape was published and quickly became a commercial success. Two of the album’s songs had already been released, providing momentum to the album’s official release. Jamaal Henry, Alex Petit, Julian Gramma, Snodgrass, and Nicholas Mira were among the artists who contributed to the album’s 14 tracks.

The album debuted at number 23 on the Billboard 200 chart and was also in the top 20 on several other charts. At the end of the month, the album had climbed to the top 10 of all of those charts. The majority of reviewers praised the album. Some, however, were dissatisfied. Skies embarked on a tour called the ‘Life of a Dark Rose Tour’ in 2018 following the success of his record. However, the tour was cut short when he got ill in the middle of it. Skies, on the other hand, have gained respect within the rapper community in the industry. He was included in the song Off the Gas by 6 Dogs in 2018.

When it comes to Lil Skies’ awards and nominations, he hasn’t secured them yet. Furthermore, based on Lil Skie’s fame and achievements, we might expect that he will undoubtedly gain some of them in the coming years.

Lil Skies has come a long way to becoming the rapper he is now. About the fact that his rap has just recently taken the industry by storm. The rapper has amassed a net worth of $3 million, which is only going to expand as he works on his next projects. 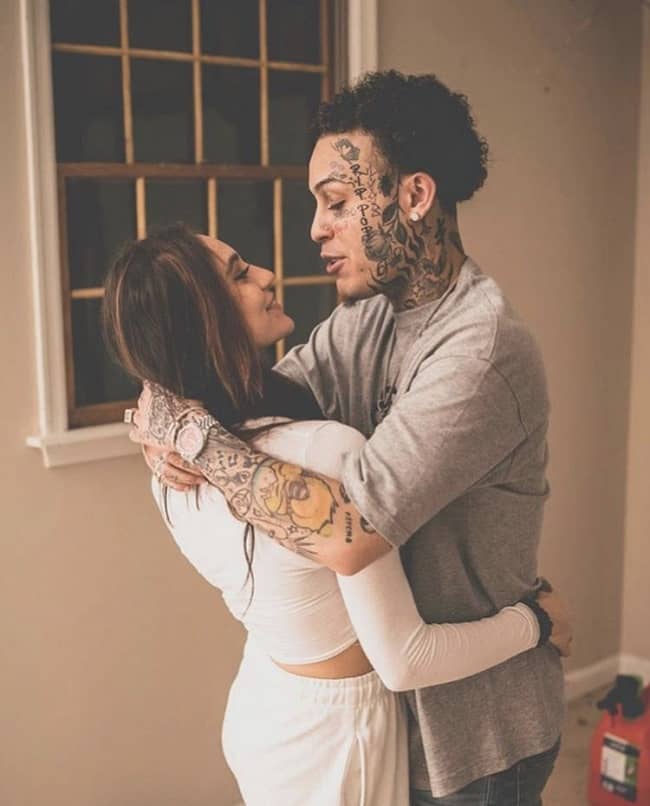 Lil Skies is in a relationship with Jacey Fugate. The beginning of their relationship began in 2018. Lil Skies took a big move forward in his relationship after dating for more than a year. During a live show with REAL 92.3 LA on March 1, 2019, the singer revealed the news of his partner’s pregnancy. Furthermore, some photos of the couple with Jacey’s belly bump began to circulate on the internet. Finally, in August 2019, the pair welcomed their baby boy’s name is Kimetrius Junior. 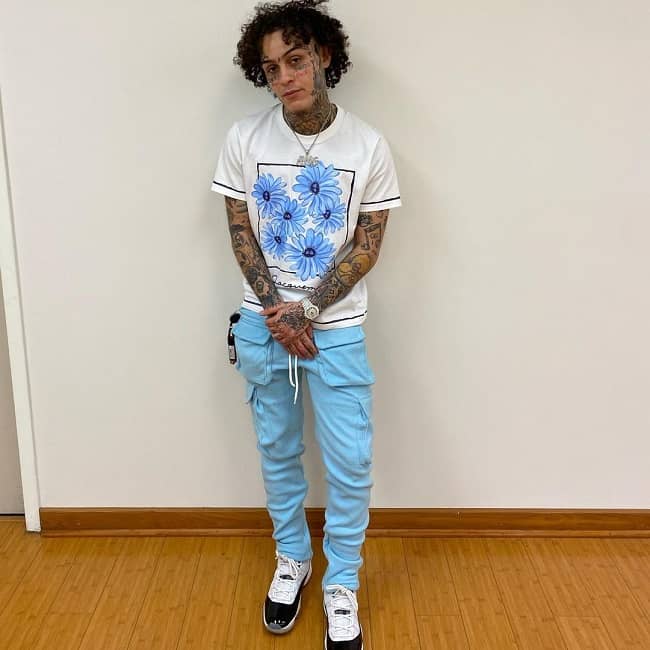 Lil Skies has a lean and toned body figure, with body measurements of 40-34-36. Lil Skies stands 5 feet 9 inches tall and weighs nearly 70 kilograms. He has a distinct hairstyle, and his hair and eyes are both blacks.