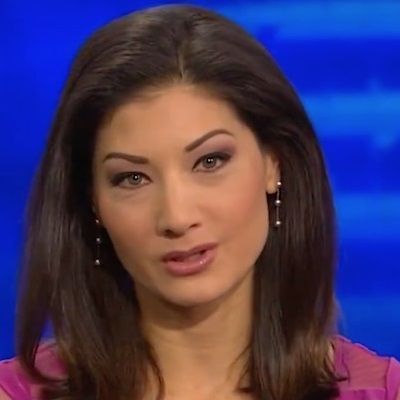 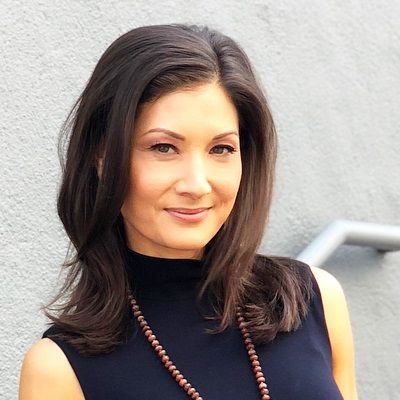 Liberte Chan is a renowned Journalist, news anchor, and meteorologist. Liberte Chan is very much admired for her graceful poise and fashion. Chan is also a proficient blogger, sharing beauty tips, healthy good tips. She also talks about fashion and her experiences on her blog.

Liberte Chan was born and raised in Los Angeles, California on 16th July with sun sign Cancer. As her birth year is still unknown. She is an American nationality and belongs to the mixed ethnicity. Her father is Caucasian and her mother is of Chinese origin. Her age is still unknown. As per the information from ‘wikinetworth’ in 2017 a Twitter follower wished her on her birthday. The follower said she was the best 25 years old reporter. So, we can assume her age might be around mid-twenties.

She was raised in Los Angeles with her two elder brothers. Chan’s mother’s name is Angie Thornbury and her father’s name is Tom Thornbury. Other information about her family is still unknown. Chan had a skill for figure skating and participated in both Nationals and Internationals. She was even ranked as one of the best skaters on singles and pair across the US.

She completed the education of high school from the Marlborough School of Girls. She graduated from the University of Massachusetts in Amherst with a Bachelor of Arts in Journalism in 2001. She even attended her last semester at Parisian Sorbonne in France. She earned her Master’s Degree in MPH, Public Health, and Communication Track in 2005 from the University of Southern California. From Mississippi State University in 2015, she earned a costly certificate of meteorology. 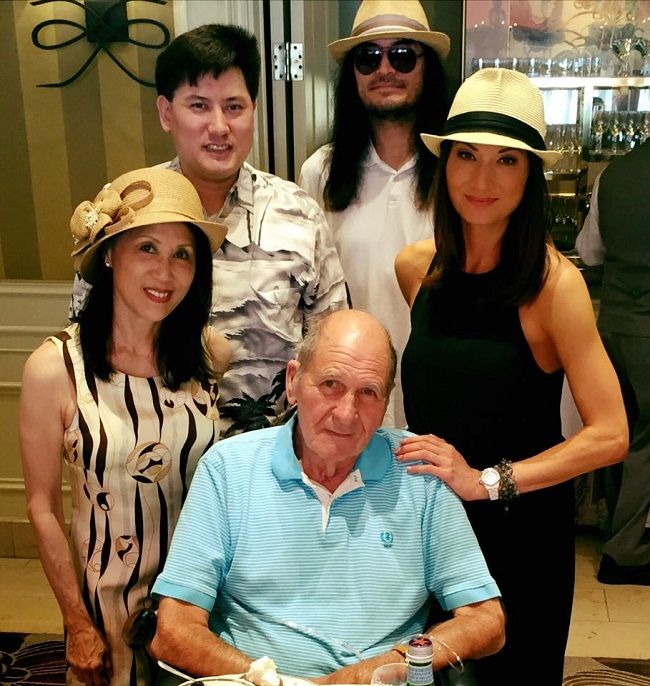 Caption: Liberte Chan with her mom, dad, and her older brothers. Source: Facebook.

Liberte began her career as a News Writer at KTLA-5 in 2003. She worked as a news writer for the channel till 2006. During her time in KTLA, she had an opportunity to work for the program ‘News at 10’. Harold Hal Fisher hosted the program. Harold was one of the most famous late-night news anchors. She left KTLA-5 to join KCOY-TV Network affiliated to CBS which was based in Santa Barbara Country. Now the TV network is renamed KKFX-TV after the Fox network took over ownership. She worked there as a general assignment for two years (2006-2008).

Moreover, NBC noticed her and offered her work as a weekday morning news anchor at the affiliate KMIR. She spent two years there and decided two come back at KTLA-5 Network. However, she began pursuing her dream job as a weather forecaster and meteorologist in 2010. She shares her love for fashion, traveling, and a healthy lifestyle via her blog. She also promotes fitness, yoga and moreover, she launched her clothing line named ‘Sweat with Soul’.

She has been awarded by Woman’s council and thanked LABJ Events KTLA 5 Morning News for nominations. We can still hope she might be able to win more awards in the near future.

She gains her net worth from the professional career of media and reporting from a young age. She has a total net worth of $3 million. From a meteorologist, she earns $53,671 per year. As she works in KTLA, an average salary in KTLA is around $91 K. If she continues her career her net worth will surely increase in the coming years. 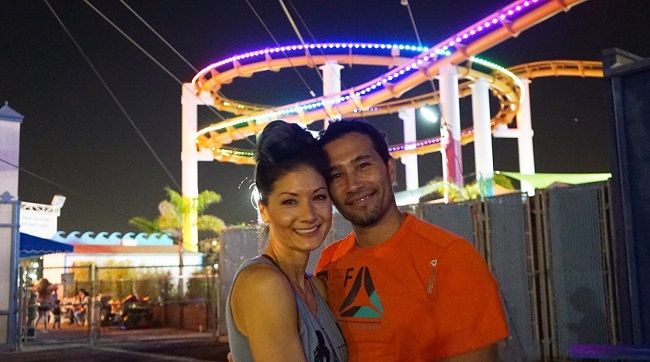 According to ‘answersafrica’ Liberte is currently dating fitness trainer Brett Hoebel who is also her business partner. They founded Chan’s charity foundation, Sweat with Soul. Similarly, she has posted a picture of her and Brett on Instagram. In 2012 she got married to American actor Brian Chase. As of the time, he was the only person her fans knew had been in a relationship.

The couple got married at the Greystone Mansion’s garden and spent their honeymoon in Paris. However, a few years after their marriage, they got divorced as the couple never disclosed anything about their divorce. According to ‘hollywoodmask’ there have been rumors that the engagement ring was the reason for the divorce. Because the ring was missing in many pictures on her Instagram.

In 2016, she had a small incident where she was interrupted by her colleague during a live forecast. She was interrupted as her dress was unique and was getting negative emails. Therefore, she was asked to put a sweater to cover up her arms. The video went viral, after which ‘#sweatergate’ was launched which turned out that as a joke. 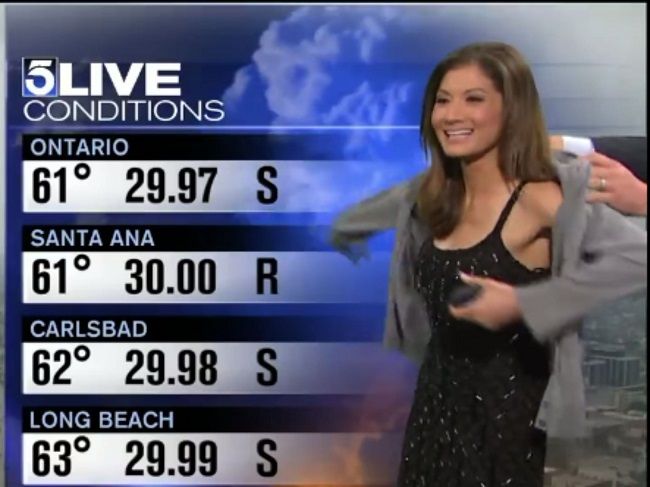 Caption: Liberte Chan body-shamed by viewers after the ‘sweater-gate’ incident. Source: The independent.

Speaking about her appearance Liberte is a beautiful woman with long dark brown hair and dark-colored eyes. She has been dedicating a lot of her time in practicing yoga and spinning, she has an attractive body shape. She has a height of 5 feet 5 inches (1.65 m) and weighs around 50 kg (110 lbs). However, information about his body measurement is still unknown.

She is pretty active in social media. She has more than 79 k followers on Facebook.  On Instagram titled ‘libertechan’ she has 81.8 k followers. Likewise, on twitter titled ‘Liberte Chan’, she has 35 k followers. Not only she uses her social media to promote her job but it has helped her to interact with fans.