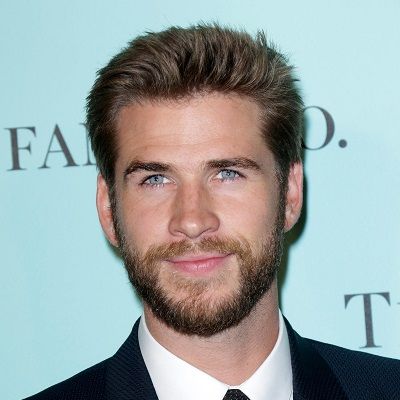 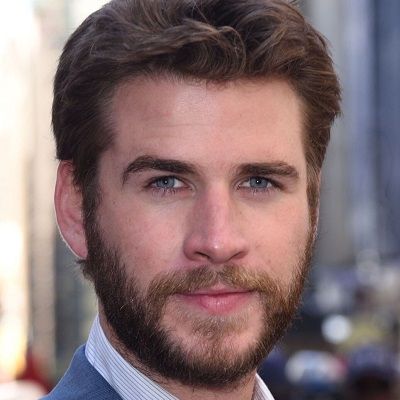 Liam Hemsworth was born on January 13, 1990, in Melbourne, Australia to Craig and Leonie Hemsworth. As for 2021, his age is 31 years old. His father Craig Hemsworth worked as a social service counselor and his mother Leonie Hemsworth worked as an English Teacher. He has spent his childhood playing with his two elders brothers, Luke and Chris Hemsworth at Melbourne as well as Bulman, a small town in the Outback. Both of them are actors. The most unforgettable moment of his childhood was having adventures with his brothers in the wilderness of Bulman, among buffalos and crocodiles. 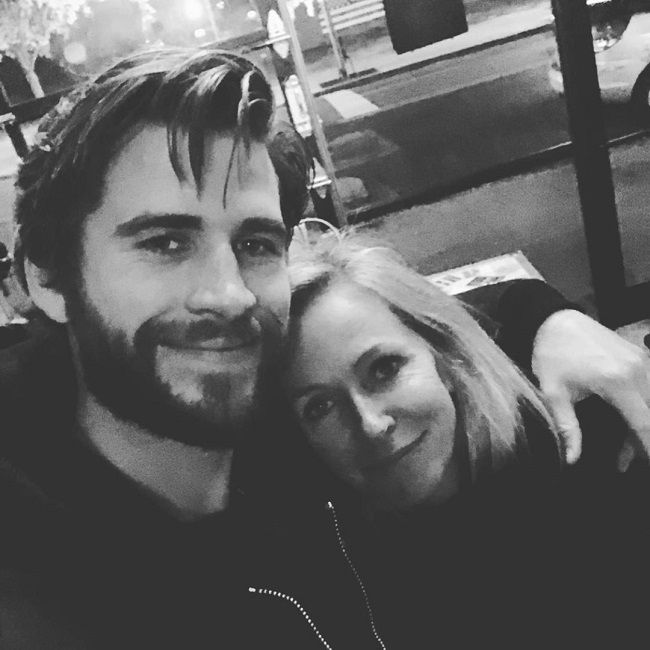 At the age of eight, his family settled in Phillip Island, where his parents still live. And had even spent much of his time surfing with his brothers during the teenage time. Luke is a notable figure in the Australian television whereas Chris is an A-list Hollywood star.  He had followed up the footsteps of his brothers to become an actor.

Similarly, his elder brother Luke temporarily started a flooring business after being disillusioned with acting. And Liam started to help his brother.  He had even come to the US following his older brother Chris after Sylvester Stallone showed interest in a taped script reading he did in Australia in the year 2009.

Regarding his education history, he had attended New Haven college in Philip Island. When he was 16 years old, he had participated in school plays and started auditioning.

Reflecting up his professional life, he had followed the footsteps of his prominent brother and started his acting career in the year 2007. In that year, he got guest roles in two soap operas ‘McLeod’s Daughters’ and ‘Home Away’. He got his first major role in the show ‘Neighbours’. After this, his acting career started climbing the stairs to success. He had even acted the character of Josh Taylor, a surfer who loses the use of his legs due to an accident.

In the year 2008, he had grabbed the major role in the children’s television show ‘The Elephant Princess’. Then, he had played the role of Marcus, the lead guitarist of the band formed by the protagonist for the series’s 26th episode.

The year 2009, the dashing actor Liam had traveled to Los Angeles, California, to audition for the Marvel Comics film Thor, directed by Kenneth Branagh, though the role would eventually go to brother Chris. He had even got featured in the Nicolas Cage sci-fi thriller The Knowing as well as the Australian horror flick Triangle the same year (2009). The next year (2010), his big break came with the 2010 hit film The Last Song, an adaptation of the Nicholas Sparks novel of the same name. 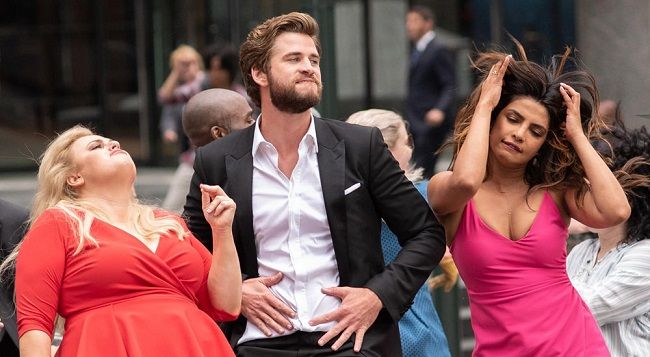 Caption: Liam Hemsworth with Priyanka Chopra and Rebel Wilson on the Set of “Isn’t It Romantic” (Source: Tom + Lorenzo)

In this movie, he had got featured in the character as Will Blakelee, a Southern mechanic, volleyball player. And a community volunteer who falls in love with Ronnie Miller, played by actress and singer Miley Cyrus. And from this movie, the both main actors, Liam and Miley fell in love off-screen.

In the year 2011, he played another major role portraying rural District 12 hunter Gale Hawthorne in the adaptation of Suzanne Collins’s best-selling novel The Hunger Games; the story looks at a future world where children are sent to compete to the death in televised gladiatorial games. This movie was released in March 2012 starring Jennifer Lawrence as main character Katniss Everdeen. It was a major global hit and earned more than $690 million. He even reprised his role as Hawthorne in the 2013 sequel, Catching Fire, and the two-part Mockingjay finale.

‘The Expendables’ to ‘Isn’t It Romantic’

Similarly, during the year 2012, he had also co-starred in The Expendables 2, an action-flick sequel starring Sylvester Stallone as the leader of a band of mercenaries. While working on this sequel, he had been slated to star in the first installment of the franchise, but his character was written out of the script. In the year 2013, he had co-starred in the romantic drama Love and Honor, playing a Vietnam War soldier who returns to the United States.

In this movie, he had starred a beleaguered employee who becomes a CEO puppet, also hit theaters that year. Then, in the year 2015, he had returned back to Australia to shoot The Dressmaker with Kate Winslet, Hemsworth starred in the sci-fi sequel Independence Day: Resurgence (2016) and the western The Duel (2016). Moreover, he had even taken a break from the big screen, before returning to pair with Rebel Wilson in the rom-com parody Isn’t It Romantic (2019).

The prominent Hemsworth actors have made their way to Hollywood, with Chris well-known for his roles in Star Trek, Thor, The Avengers, and Snow White and the Huntsman. The eldest brother Luke, whose acting career was Australia-based, signed with ROAR Management in anticipation of a move to the States,. Eventually, he grabbed the role in the HBO series Westwood in the year 2012.

Liam Hemsworth has proven to be a versatile actor. His amazing role in ‘The Last Song’ has earned him three awards. He was crowned as the award of Young Hollywood Breakthrough of the year. He was also able to put his hands on the Teen Choice Awards Male Breakout. Moreover, he won the Nickelodeon Australian Kid’s Choice Awards, Favourite Kiss. The man also won a People’s Choice Award and other nominations.

Following the footsteps of his parents, he had even become an ambassador for the Australian Childhood Foundation. Similarly, he had intends to be a good role model for children.

Liam Hemsworth is possibly single currently. He was in a serious relationship with the famous actor and singer Miley Cyrus while filming ‘The Last Song’. They also had an on-off relationship. Despite this kind of relationship, they engaged in October 2016. On December 23, 2018, they got married in Tennessee. Shortly after 11 days, they got separated due to various reasons. On January 28, 2020, it was announced that their divorce had been finalized. In between their on-off relationship, he had a short relationship with Nina Dobrev. He also dated Maddison Brown. 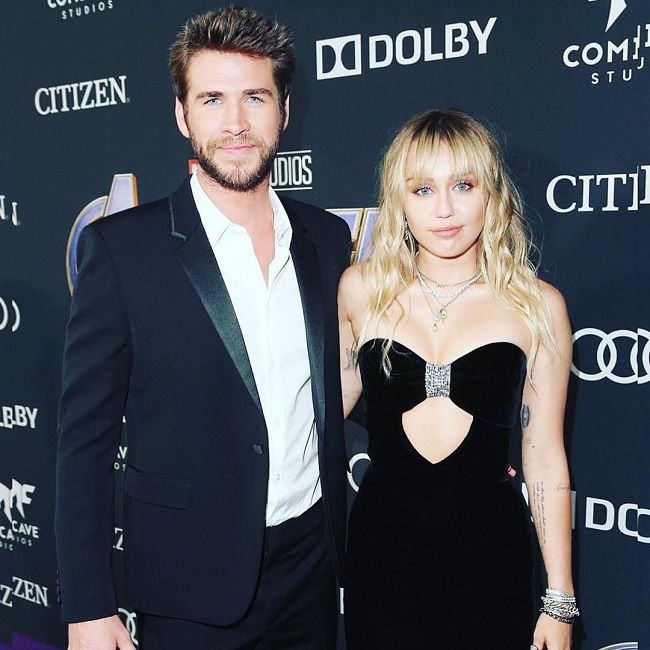 But stocking his Instagram account, the couple stills seems to be in a relationship or maybe hanging as a friend. Reflecting up his previous relationship, he had dated Gabriella Brooks (2019), Maddison Brown (2019) and Laura Griffin (2006 – 2009).

Liam Hemsworth was secretly married to Miley Cyrus in 2018 in Tennessee and revealed later about it. When the couple was in Malibu, Miley Cyrus’s house was burned by wildfires. There had been three uncontrolled wildfires in California and along with Miley’s house, many people’s houses were burned. Due to the devastating condition of the residents, Liam and Miley made a joint donation worth $500,000 to The Malibu Foundation. Moreover, the actor was spotted several times with Nina Dobrev and the rumor of their affair hit the media in 2014.

Liam Hemsworth has a height of 6 feet 3 inches. He weighs 87 kg. His waist size is 33 inches. He has brown hair and blue eyes.