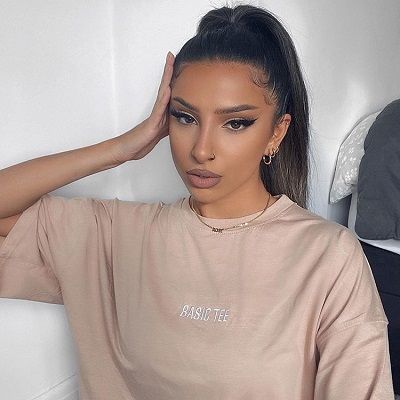 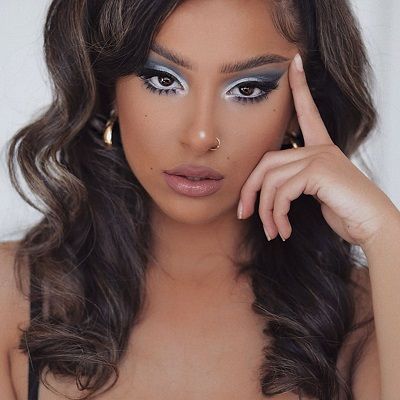 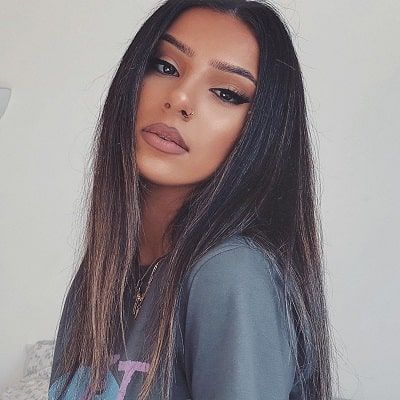 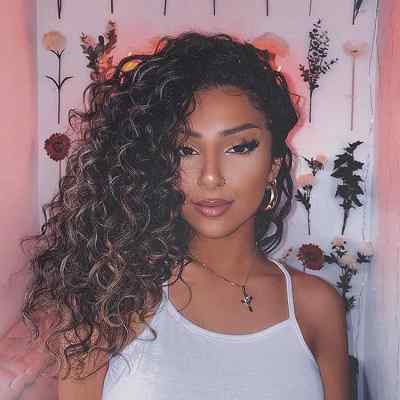 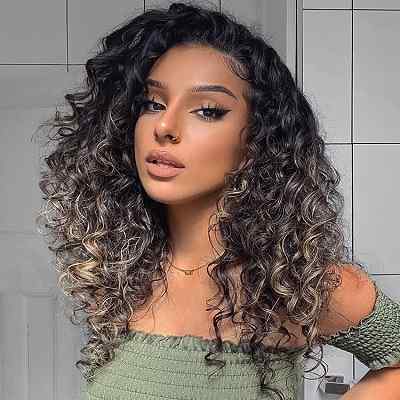 Leyla Rose is a British social media personality. Leyla Rose is primarily a Youtuber popular as a beauty and fashion vlogger. She is available on several platforms including Youtube, Twitter, and Instagram.

Leyla Rose was born on July 18, 1995, and she is currently 26 years old. She hails from London, England. She has not shared any information regarding her parents, siblings, and other family details. But she has shared a childhood photo with her grandfather to pay tribute to him. He, unfortunately, passed away on 6 April 2020 amid the COVID-19 pandemic. She wrote a long caption mentioning how her grandfather was part of every big change in her life and how she loves him dearly.

Furthermore, she has also yet to share any information regarding her educational journey. But considering her age, we can assume that she might be a university graduate unless she decided to take a break from her studies and rather focus on her professional career. She also loves pets and has shared a few photos with her pet cat and dog. 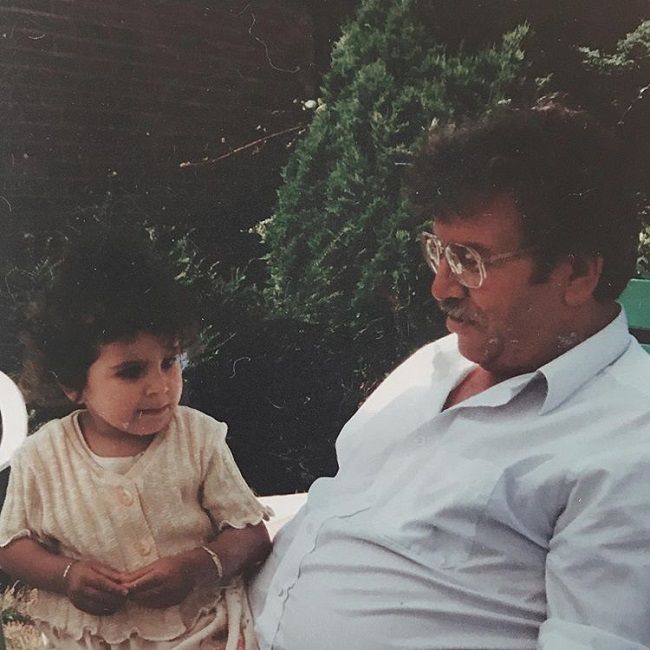 Caption: Leyla Rose with her late grandfather in a childhood photograph. Source: Instagram

Professionally, Leyl Rose is a social media star. She is primarily a Youtube content creator best known as a beauty guru and makeup artist. She is popular for her self-titled YouTube channel where she’s earned more than 1.18 million subscribers posting makeup tutorials and product reviews. Leyla also runs a second channel called “That Leyla Life” for vlog videos.

Long before her first YouTube video, she created her Twitter in December 2011. Some of her most popular videos, including Soft & Neutral Fall Makeup Tutorial and Kylie Jenner Inspired Makeup Tutorial have earned more than 1 million views since their original posting. Likewise, she and Tanya Burr are both popular English makeup artists who gained their followings through YouTube.

She created her primary Youtube channel on March 6, 2013. This channel has so far earned 65,115,610 views and 1.18M subscribers. The oldest video on this channel is titled Warm Winter Brown Smokey Eyes & Full Face! | Makeup By Leyla. She uploaded this particular video on 30 January 2014 and so far has 7,075 views.

Further, the most-watched video on this channel is titled LIQUID LIPSTICK MISTAKES TO AVOID! with over 4.5 million views. Other videos with over 3 million views are Soft & Neutral Fall Makeup Tutorial | Makeup By Leyla, HOW TO AVOID CAKEY FOUNDATION!, EYELINER MISTAKES YOU SHOULD AVOID!, and Eyeshadow DO’s & DON’Ts, Big Curly Hair Tutorial with over 4.2 million, 4.1 million, 3.5 million, 3.4 million, and 3.2 million views respectively.

She also has a secondary channel called “That Leyla Life”. She created this account on November 19, 2015. So far, this channel has earned 119K subscribers and over 6.3 million views at the time of writing this biography.

Other videos with over 100k views at the time of writing this biography are LOS ANGELES VLOG | my favorite travel vlog ever (2019), I’m moving out! – into my FIRST APARTMENT, New Beginnings…, and EXTREME BEDROOM MAKEOVER / ROOM TRANSFORMATION 2019 (cozy aesthetic). 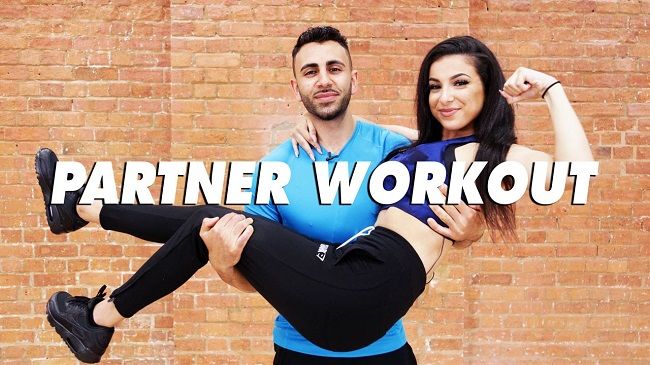 Leyla Rose is most probably single at present. She has not shared much information regarding this issue. Likewise, she has also not shared any social media posts that might indicate her current relationships or affairs. However, there is information that she was romantically involved with a man named Josh Yianni. She also introduced Josh to her subscribers in a November 2015 video titled “The Boyfriend Tag!”

Sadly, there is no information regarding her body measurement details. Her height, weight, chest-waist-hip measures, dress size, shoe size, etc are all unavailable at the moment. Similarly, she has dark brown eyes and curly hair of the same color which she often dyes blonde. 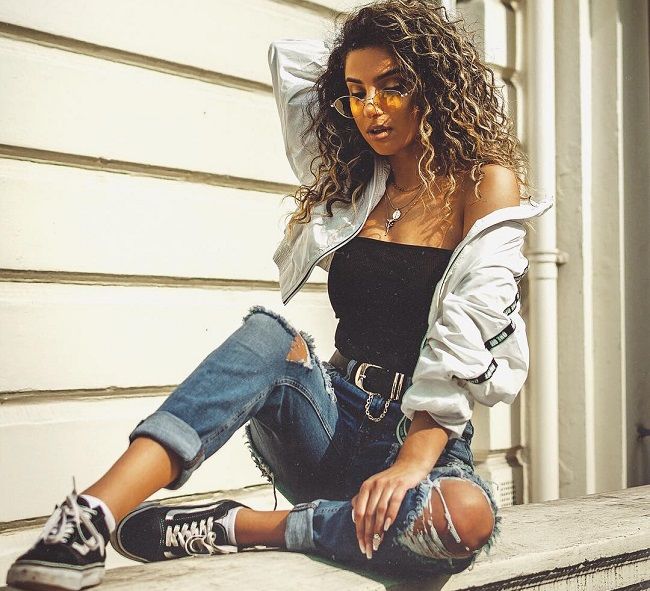 Talking about her social media presence, Leyla Rose joined Twitter in December 2011 and so far has 7,356 followers on her @makeupbyleyla. Likewise, she goes by @leyla and this account has 585 posts shares and 191k followers. She also has another Instagram account to showcase her art-work under the username @leylaroseart, which has 8 posts shares and 3,183 followers. On this account, she shares a mixture of traditional & digital art.

She also has a self-titled Youtube channel “Leyla Rose” with 1.18 million subscribers. This channel was created on March 6, 2013, and earned 65,115,610 views. She also has a secondary Youtube channel called “That Leyla Life”. She created this channel on November 19, 2015, and has earned 6,318,575 views along with 119K subscribers. We can also contact her at [email protected] for more inquiries.