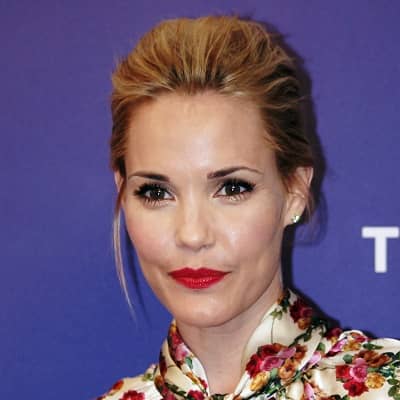 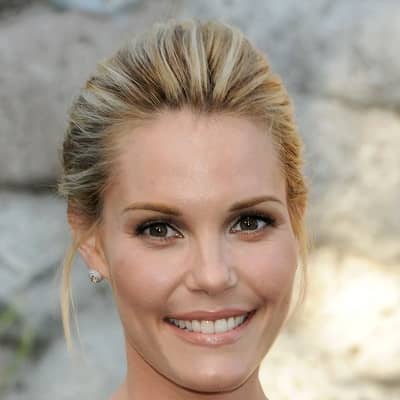 Leslie Louise Bibb best known as Leslie Bibb was born on the 17th of November, 1974, in Bismarck, North Dakota, the United States of America. According to her birth date, Leslie is 47 years old and holds American nationality. This actress has a birth sign of Scorpio and her ethnical background is unknown.

She is the daughter of Betty Blakemore Sulzbach (mother) and her father’s name is unknown. She grew up with her three elder sisters, Kim, Bev, and Trish. Sadly, her father died when she was just three and her mother raised her children to single handily.

Coming to her academic career, she graduated from the all-girl Saint Gertrude High School. Later, Leslie enrolled at the University of Virginia. But after a semester, she decided to give up on her studies to concentrate exclusively on a modeling career.

Leslie Bibb began modeling at the age of 16 after being noticed through a national search for models and signing a contract with the Elite Agency. In 1996, she made her debut appearance on television in supporting parts in episodes of “Home Improvement” and “Pacific Blue.” She made her screen debut in the movie “Private Parts” the following year.

The actress then received her first major TV series role when she was cast as the female lead in the second season of “The Big Easy.” She worked on the movie “This Space Between Us” in 1999. She also became Brooke McQueen’s co-star on the WB Network’s “Popular” that year. 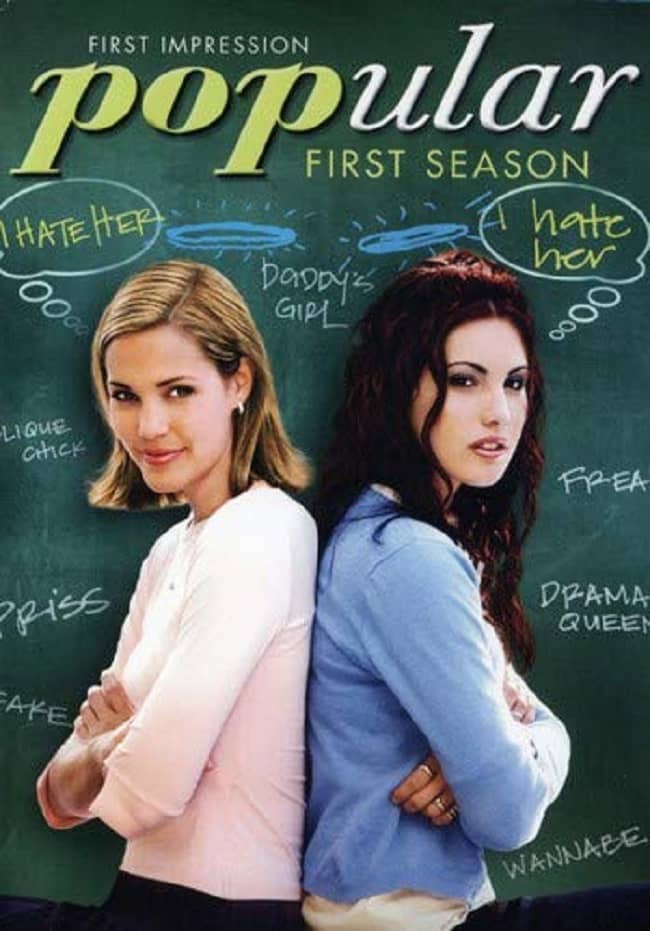 Moreover, she then got a part in the comedy film “See Spot Run.” She made an appearance in the drama “ER” from 2002 to 2003. In the drama “Line of Fire,” she was then given the role of Paige Van Doren. This American actress started as Det. Tallulah “Lu” Simmons on “Crossing Jordan” in the year 2005.

She appeared in the TV shows “CSI: Miami,” “Entourage,” the independent film “Wristcutters: A Love Story,” and other projects while filming the series. In 2008, this actress portrayed Christine Everhart in the superhero film ‘Iron Man.’ She starred in the film, ‘Confessions of a Shopaholic’ a year later. That same year, she also appears in five episodes of ‘Kings.’

Soon after, she appeared in the black comedy ‘Miss Nobody.’ She starred as Stephanie in the 2011 film ‘Zookeeper.’ The actress was cast as the lead in the drama series ‘GCB’ the following year. In 2014, she appeared in the films ‘No Good Deed,’ ‘7500,’ and ‘Take Care.’

Other movies and television series

She received a recurring part in the sitcom “About a Boy” that same year. Then she was cast in the drama “The Odd Couple.” In 2015, she then started playing the lead in the web series “WHIH Newsfront – With Christine Everhart.” She soon became a cast member of “American Housewife.” This actress starred in the Netflix comedy-horror film “The Babysitter” in 2017.

In the 2020 sequel, The Babysitter: Killer Queen, she played the same part again. In the comedy Tag from the same year, this actress was given the role of Susan Rollins. She was cast as Grace Sampson in the Netflix superhero series Jupiter’s Legacy in February 2019.

She was hired to appear in the slasher film, The Inhabitant in December 2020. In March 2021, she began acting as Satan in the Netflix workplace comedy series God’s Favorite Idiot. This actress was chosen to play Ellie in the comedy film About My Father in September 2021.

She is a supporter of Friends of El Faro, a grassroots non-profit organization that raises funds for Casa Hogar Sion, an orphanage in Tijuana, Mexico. Revlon announced in 2008 that Leslie Bibb would be the ambassador for its Almay brand. She is a representative for Revlon’s new and old cosmetics ranges.

She has appeared in global multi-media advertisements. In the fourth quarter of 2010, Bibb collaborated with the non-profit LIFE Foundation as the national spokesman for Life Insurance Awareness Month. Alongside Maria Menounos, Debra Messing, Taraji P. Henson, and Morena Baccarin, she posed nude for the May 2012 issue of Allure magazine.

In her acting, Leslie earned a Young Hollywood Award in 2001 for Exciting New Face – Female. Likewise, in 2010, she received Boston Film Festival Prize for Best Actress in Miss Nobody (2010). Moreover, she was nominated for Teen Choice Award for TV – Choice Actress in Popular (1999).

As a model and actress, Leslie has earned a whooping sum of money. Her net worth, it’s estimated at around $4 million and she has not shared other information regarding her salary and income.

Talking about her relationship status, she is currently dating an actor, Sam Rockwell since 2007. Other than this, there is no further information regarding their relationships. 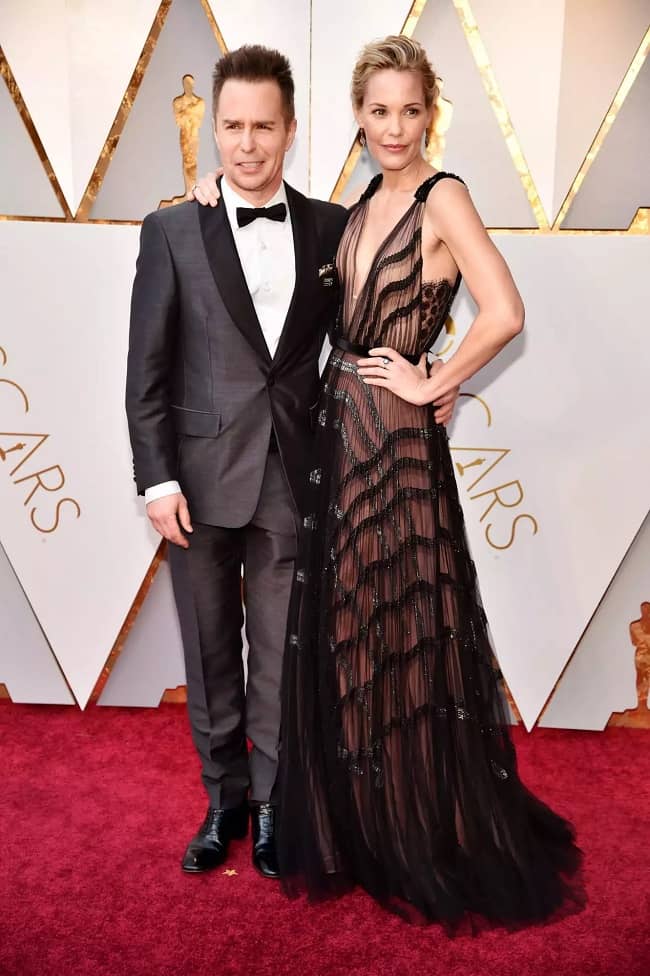 However, in past, she married investment banker Rob Born on November 22, 2003, in Zihuatanejo, Mexico. But, the couple divorced on December 7, 2004. At the moment, this actress is not a part of controversy nor got rumors.

This actress stands 5 feet 9 inches tall and weighs around 57 kg. Moreover, she has green eyes with blonde hair color. Likewise, she has an hourglass body type with her waist measuring 25 inches and hips measuring 35 inches. 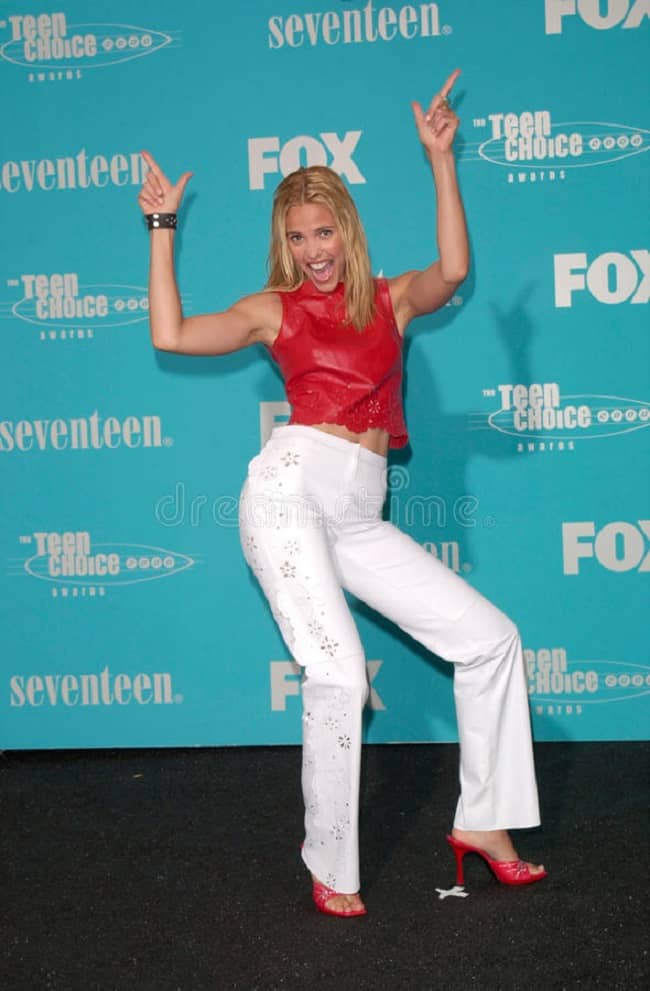