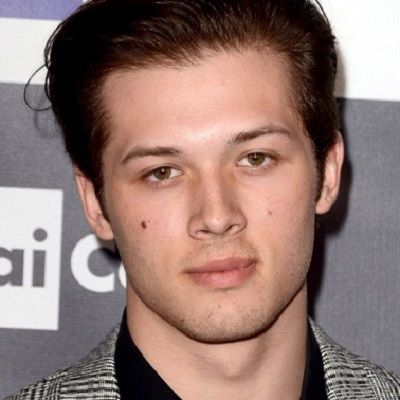 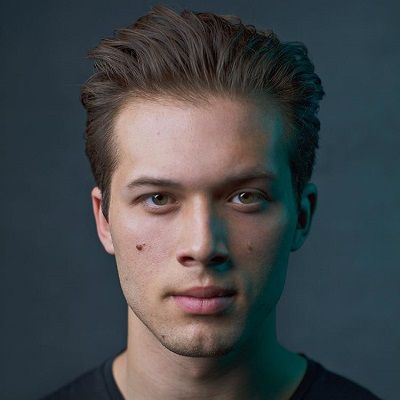 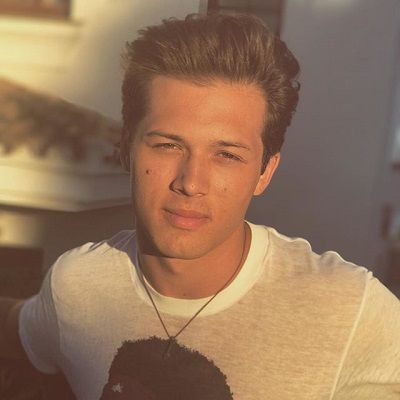 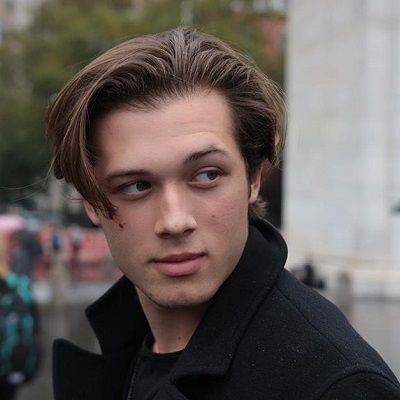 Leo Howard is an American multi-talented personality. Leo Howard is an actor, singer, guitarist, martial artist, model, and director. He is popular for incorporating his karate skills into his feature film and television roles. He is also an animal lover and has shared numerous photos featuring various species on his Instagram account.

Leo Howard was born on July 13, 1997, and his current age is 25 years old. He is originally from Newport Beach, California, U.S.A. His zodiac sign is Cancer and he is also nicknamed Hazard. His parents are mother Randye and father Todd “The Big Bulldog” Howard. They are professional dog breeders and operate The Big Bulldog Ranch. Likewise, they specialize in breeding English and French bulldogs.

Likewise, his father is of English and Scotch-Irish descent whereas his mother is Ashkenazi Jewish (from a family from Russia and Austria). Talking about his educational background, he attended Tri-City Christian Schools in Vista, California. He spent much of his childhood growing up in the small town of Fallbrook in Northern San Diego County before devoting himself to a full-time acting career. 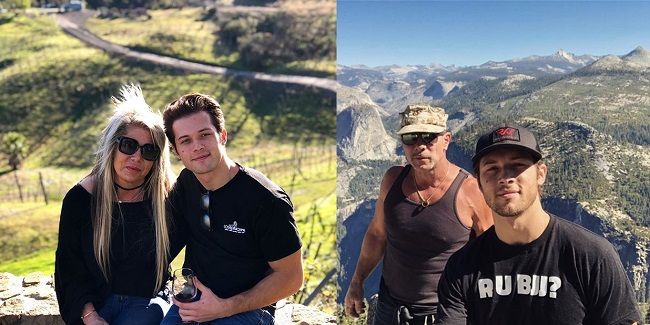 Caption: Leo Howard posing for a photo with his parents. Source: Instagram

Likewise, he won three world championships in martial art competitions by the time he was just 8 years old. Further, he became the youngest person to perform with the Mullins Sideswipe traveling martial arts group at age 9.

Professionally, Leo Howard is an actor, martial artist, television director, singer, and model. He is popular for incorporating his karate skills into his feature film and television roles. He starred as “Young Snake-Eyes” in the 2009 action film, G.I. Joe: The Rise of Cobra alongside Dennis Quaid and Channing Tatum performing his own martial arts; as “Young Conan” in the 2011 fantasy film Conan the Barbarian; and as Jack on the Disney XD comedy series Kickin’ It alongside Mateo Arias.

He was certified as the youngest TV director ever by the Guinness World Records for his work on the episode “Fight at the Museum.” It was for the fourth season of the Kickin’ It TV series at the young age of 16 years. Likewise, he also played CeCe’s rival Logan on Shake it Up in its third season.

He has also bagged the “Best Performance in a Feature Film for Young Ensemble Cast” at the 2010 Young Artist Award. It was for his role as Laser Short in the film Shorts and shared the award with co-stars Jimmy Bennett, Jake Short, Devon Gearhart, Jolie Vanier, and Trevor Gagnon.

In 2017, he and his Band “Ask Jonesy & Company” released their first single, Burning Fire. This band’s members are Troy Romzek in lead vocals and guitar; he in lead guitar and vocals; and Ricky Ficarelli in bass and vocals. They are due out with their first album in June 2018. 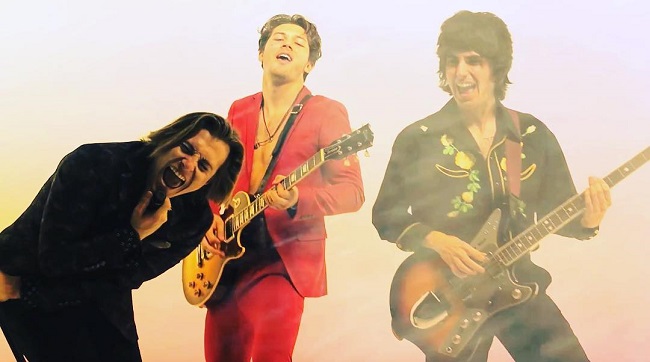 He has appeared in a total of eight films and thirteen TV shows as of July 2020. He also appeared in a music video of Olivia Holt’s 2016 song History.

From a young age, he was a fan of Bruce Lee and Chuck Norris films. He admired their ability to incorporate martial arts into their acting. Hence, he told his mother about his interest in acting at the young age of 7. It was actually at a martial arts tournament that someone referred him to their talent agent. The person thought that young he had the looks to go into show business. Following this, he initially worked as a model for print advertorials and then as an actor in commercials.

Then in 2005, he made his television debut shortly before his eighth birthday. It was a small guest-starring role on the USA Network series Monk. For his role, he dressed as a “little karate kid” for Halloween and his only one line in the episode was “Maybe he’s afraid of karate”.

Then in 2009, he landed his first steady job interviewing celebrities as “Leo Little”. He became the host of the short-form Disney Channel talk show series, Leo Little’s Big Show. He then made his feature film debut as Eric Brooks in the family film Aussie and Ted.

In the year 2014, he played one of the main roles in the film Andròn – The Black Labyrinth. He also guest-starred on Lab Rats: Bionic Island in 2015 and directed an episode of Gamer’s Guide to Pretty Much Everything in March 2016. Then in the year 2019, he landed a recurring role in Why Women Kill as Tommy. His character is an eighteen-year-old butler who leads Simone into having an affair with him. Simone is the woman dealing with a divorce after she realized her husband was gay. 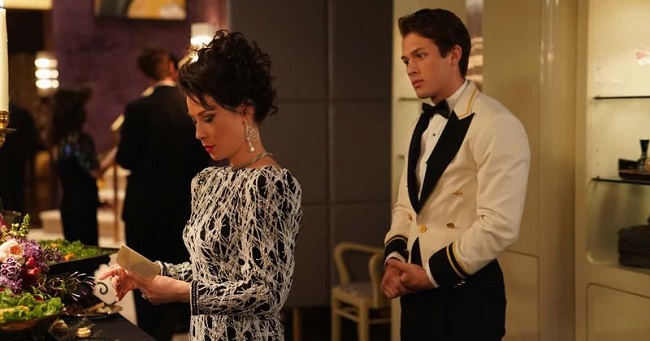 Caption: Leo Howard in a scene of the Why Women Kill. Source: Meaww

He was home-schooled to accommodate his busy work schedule on Kickin’ It and spent most of his time living in the Howard family’s home in Studio City, California. While still devoted to his passion for martial arts, he has stated that he has become more careful when it comes to “fighting” and “sparring” matches. It is because of the potential injuries that could interfere with his obligations as an actor.

Moreover, his hobbies include cooking, playing guitar, and collecting antique weapons like swords and knives. The centerpiece of his collection is the big “Conan” sword. It was presented to him after completing the filming of Conan the Barbarian. He has expressed a love for animals and has a pet sheepdog named “Murphy” and a pet bulldog named Bella. He also shares numerous photos with his furry friends on his Instagram including a cat and a goat.

He is also interested in veterinary medicine and volunteers at his local veterinary clinic whenever he is free. He is also good friends with Kickin’ It co-star Olivia Holt since 2009.

Likewise, he has a net worth estimation of approximately $1 million to $5 million dollars. Talking about his brand endorsements, he hasnt endorsed any brands or products. Being a rising star, it is sure that we can see him as the brand ambassador of several top brands very soon. 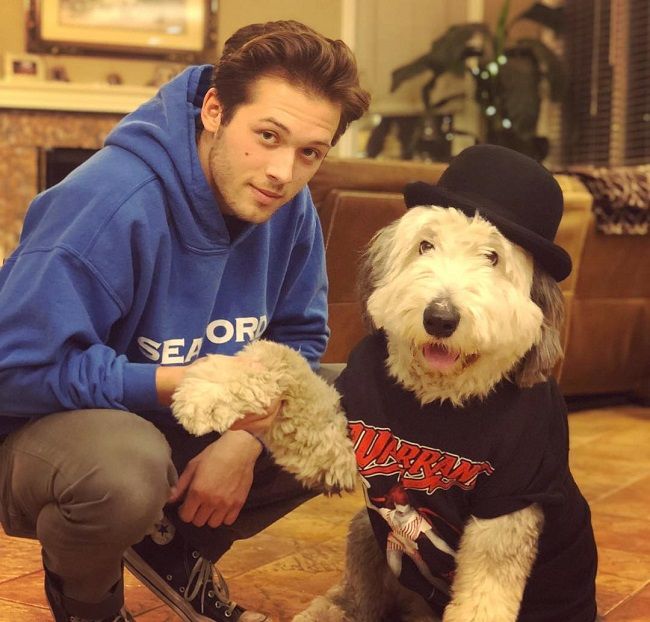 Leo Howard is most probably single at present. He has not shared much information regarding this issue. Likewise, he has also not shared any social media posts that might indicate that he has a girlfriend. Nevertheless, he has been romantically linked to several people in the past. Micayla Johnson and Madeleine White (model) are among those people.

Leo Howard stands tall at a height of 1.79 meters or 5 feet 11 inches and weighs around approximately 160 pounds or 75 kgs. Other than this, there is no information regarding his chest-waist-hip measures, biceps, dress size, shoe size, etc. Likewise, he has hazel eyes and brown hair color.

Talking about his social media presence, he joined Twitter in June 2011 and so far has 337.7K followers on his @iamleohoward account. Likewise, he goes by @whoisleo on Instagram and this account boasts 513 posts shares and 736k followers at the time of writing this biography.