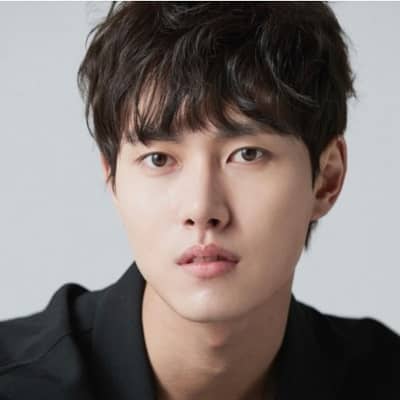 Lee Tae-ri is a young and popular South Korean actor. Lee Tae-ri has been active in the entertainment industry since the year 1998. He gained fame through his various roles in numerous films and TV dramas including “Tale of the Nine-Tailed”, “Extraordinary You”, “The Beauty Inside”, “Hospital Ship”, and “Time Renegades” among others.

Lee Tae-ri was born on June 28, 1993, and he is currently 27 years old. His name is written in Korean as 이태리 and in Hanja as 李泰利. Moreover, Tae-ri hails from Namyangju, South Korea, and his zodiac sign is Cancer.

Further, Tae-ri’s birth name is Lee Min-ho. Talking about his family, he has an older sister. However, Tae-ri has not revealed the identities of his family members.

Regarding his educational journey, Tae-ri completed high school at Paikyang High School. He is currently taking up a theater major in Chung-Ang University’s Institute of the Arts. Becoming an actor was actually Tae-ri’s father’s dream.

He rebelled against his parents and played soccer. Subsequently, he became the captain of his middle school’s soccer team. He also received the top score in the 2008 Seoul FC Junior Championship Cup. Young Tae-ri scored 10 goals in a game.

Additionally, he considered using a stage name because many people confused him with the A-list South Korean actor Lee Min-ho.

However, Tae-ri’s parents disapproved of the idea and said that instead of changing his name, he should work harder to be recognized. But eventually, the actor is more popular by his stage name rather than his birth name.

He stands tall at an approximate height of 1.81 meters or 5 feet 9 inches. Likewise, Tae-ri weighs around 64 kgs. The actor also has a slim body build with chest-waist-hip measurements 32-24-34 inches respectively.

Further, actor Tae-ri has mesmerizing brown eyes and hair of the same color. 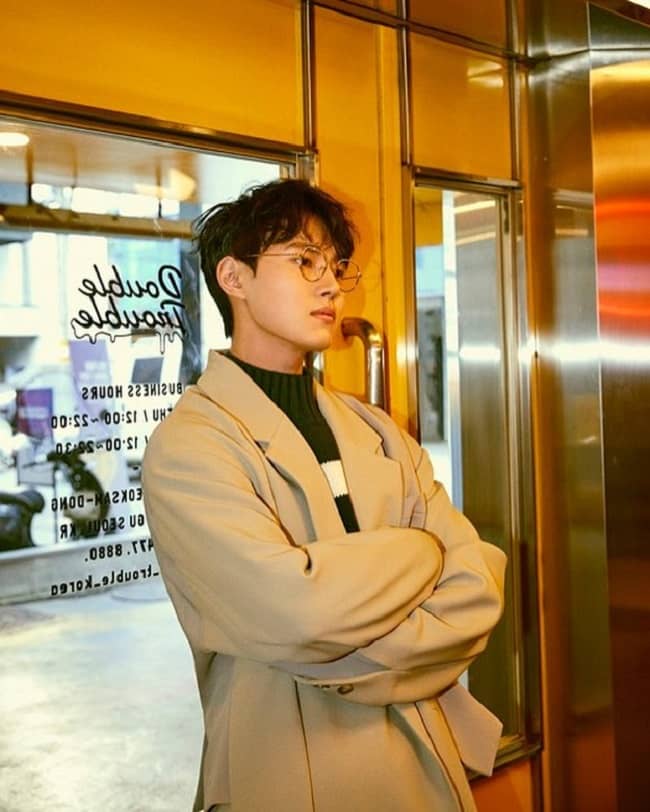 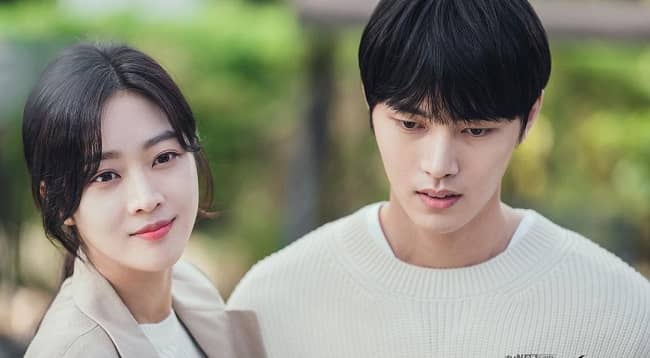 Caption: Lee Tae-ri posing for a photo with the co-star of ‘Tale of the Nine-Tailed’, Jo Bo-ah. Source: Instagram

Professionally, Lee Tae-ri is a prominent South Korean actor. Tae-ri is famous for his role as young Yang Myung in the drama Moon Embracing the Sun and Song Mang-boo in Rooftop Prince, both in the year 2012.

Moreover, he is also known for his role as Jung Joo-hwan in the TV series The Beauty Inside in the year 2018, as the Dried Squid Fairy in the 2019 drama Extraordinary You, and Imoogi in the 2020 drama Tale of the Nine-Tailed.

Initially, he wanted to become a professional soccer player. However, Tae-ri eventually came to realize what acting was like and fully embraced it upon entering high school.

Actor he started his career as a child actor. Young Tae-ri debuted at the young age of five years. He started off playing the role in the 1998 sitcom Soonpoong Clinic. He followed this with historical dramas Empress Myeongseong and Jang Gil San.

Then in the year 2005, he starred with actor Yoo Seung-ho in KBS’ children program Magic Warriors. Further, he is also popular for his roles in Gangnam Mom, Grudge: The Revolt of Gumiho, and The Thorn Birds.

In the year 2012, he rose to fame after starring in the hit historical drama Moon Embracing the Sun. The actor then starred as Song Kang-ho’s rebellious son in the movie Howling. Tae-ri also starred in the music video for 2BiC′s debut song I Made Another Girl Cry.

Furthermore, he followed with a supporting role in the hit romantic comedy Rooftop Prince. In this, Tae-ri played one of the 3 members of Yoochun’s character entourage. The young actor then appeared as the son of Shin Ha-kyun’s character in the action film Running Man. 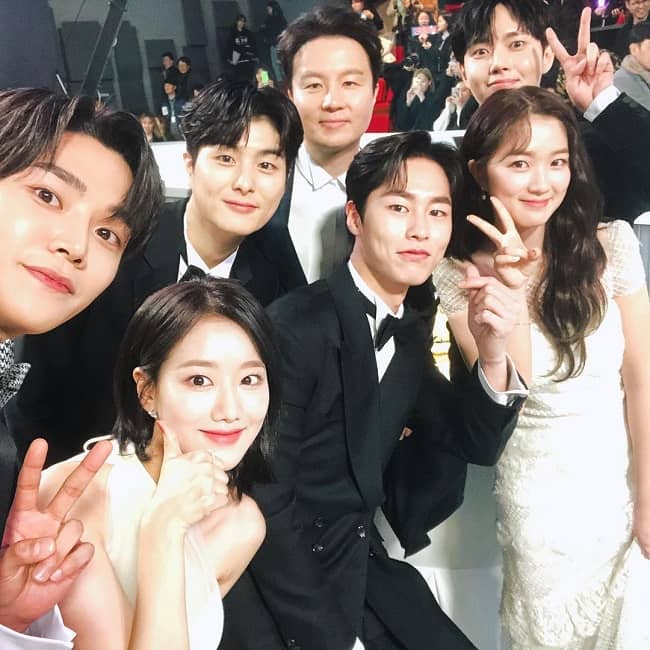 Caption: Lee Tae-ri posing for a photo with the co-stars of ‘Extraordinary You’. Source: Instagram

In the year 2013, he played supporting roles in the historical drama The Blade and Petal and political romantic comedy Prime Minister & I. Similarly, in the year 2014, Tae-ri had his first lead role in the youth film, School of Youths.

The actor also co-starred with Bae Noo-ri in a 4-episode web drama called Teleport Lovers. The producer for this drama was the Korean organization K-Move! They produced it to promote overseas employment among Korean youth.

Likewise, in the year 2015, Tae-ri worked as a high school student in Time Renegade. His character in this film gets involved in a case with his music teacher. In the same year, he played a supporting role as Grand Prince Bongnim in the drama Splendid Politics.

Then in the year 2017, he starred in the medical drama Hospital Ship. His role for this drama was actor Ha Ji-won’s brother. The young actor is also set to star next in the horror film, Woman’s Wail. 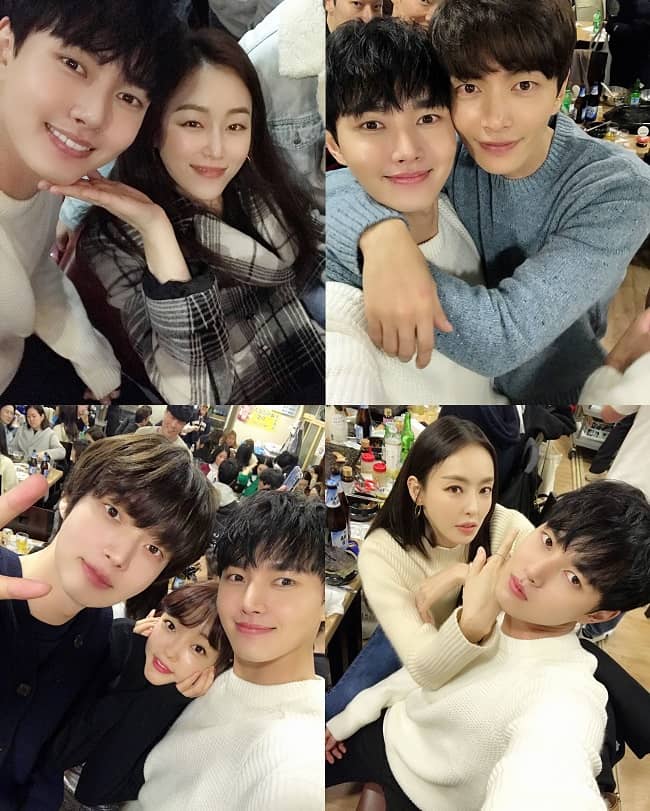 Caption: Lee Tae-ri posing for a photo with the co-stars of the drama ‘The Beauty Inside’. Source: Instagram

In the year 2018, the actor started using “Lee Tae-ri” as his stage name. The same year, Tae-ri also signed with the company Starhaus Entertainment. He has also worked in the romantic comedy-drama Coffee, Do Me a Favor. His character in this drama is a musical actor.

He also had a cameo appearance in True Beauty as lead character Lim Ju-kyung’s crush Wang Hyun-bin in the very first episode. Tae-ri also received international fame with his role as adult Imoogi/Lee Ryong/Terry in the 2020 hit drama Tale of the Nine-Tailed. 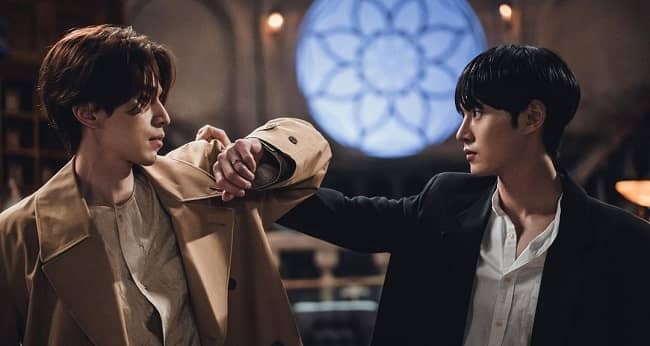 Caption: Lee Tae-ri and Lee Dong-wook captured in a still-cut from the drama ‘Tale of the Nine-Tailed’. Source: Instagram

Talking about his social media presence, Lee Tae-ri is available on Instagram under the username @tae_rii_. While writing this biography in early 2021, Tae-ri has shared exactly 286 posts and earned more than 703k followers on his personal account.

There is no verified information regarding actor Lee Tae-ri’s relationship status and love affairs. The young actor might be single and more focused on his acting career. Or Tae-ri might be in a relationship but likes to keep his personal life away from the public.

We can also connect with Tae-ri on Twitter. His username on this platform is @93leeminho. Moving on, he has a net worth estimation of approximately $2.5 Million.