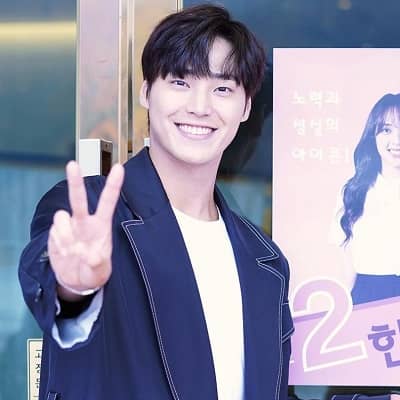 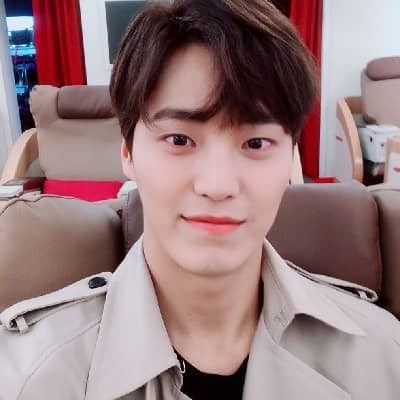 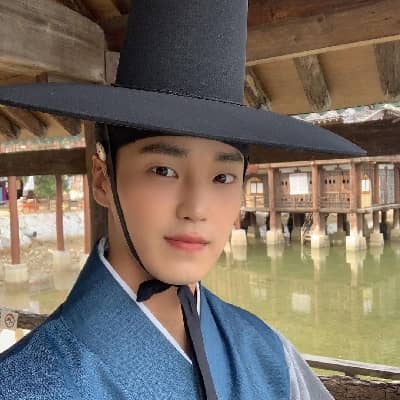 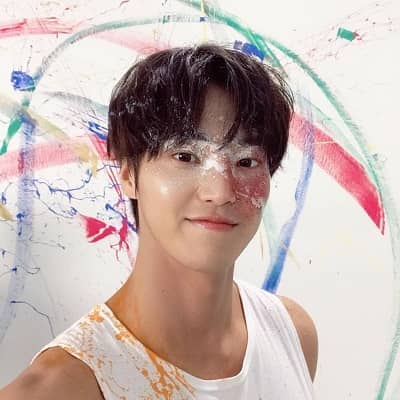 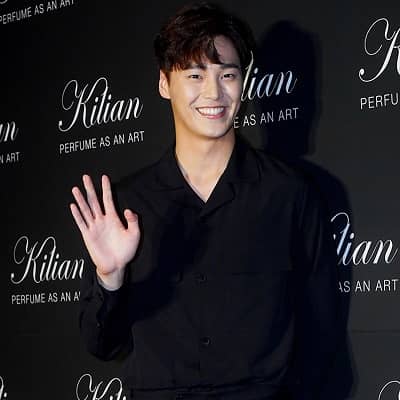 Lee Tae-hwan was born in Seoul, South Korea, on 21st February 1995. Therefore, he was born to an affluent family. At present, his age is 26 years old and his sun sign is Pisces. As a child, he had many interests such as sports, acting, and music. He went through his high school days adhering to all three of his interests and started modeling during his high school days.

He started working during his high school days and somehow finished his schooling at Hanlim Multi Art High School. He then joined Sungkyunkwan University to specialize in the Department of Acting for Theatre. Moreover, he enjoys working out and listening to music. 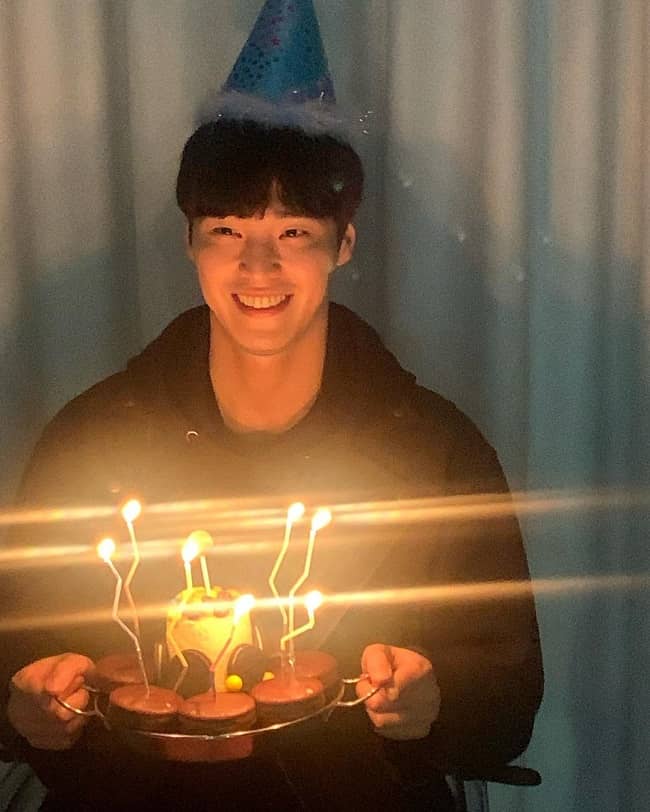 Caption: Lee Tae-hwan Posing for a photo with his birthday cake on his 26th birthday. Source: Instagram

As a model, Lee has walked the ramp for many top international and national designers. And, has also made appearances on the covers of many obscure and famous magazines. A group of struggling and young actors, including him, came together and formed a group and named it ‘5urprise’ in 2013. Back then, the group was known as the ‘First-Ever South Korean Actor Group’.

Initially, they struggled to find a representative agency for themselves. However, eventually, the Fantagio agency came forward to support them. Moreover, ‘Fantagio’ began ‘Actor’s League’ in order to find the actors worth representing, and all the members of ‘5urprise’ were selected for the program, which then led to a 2-year intensive training in acting.

And, at the age of eighteen, he made his official acting debut in the short TV series named ‘After School: Lucky or Not’ together with the members of ‘5urprise’. The group, ‘5urprise’, did the expected by releasing a single in the form of the series’ OST titled ‘Hey U Come On’, which was loved by the South Korean youth. 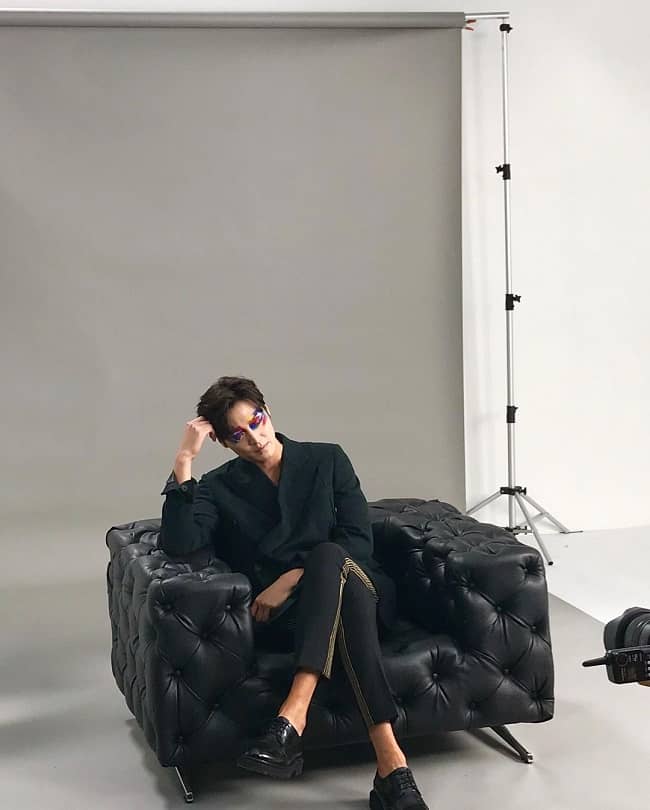 Then, he next appeared in ‘High School King of Savvy’, portraying an ice hockey player. Also, he played the younger version of Lee Deok-Wa in the 2-episode SBS drama ‘Wonderful Day in October’. Similarly, in 2014, he appeared in the MBC drama ‘Pride and Prejudice’. There, he played an investigator and former taekwondo athlete.

Then, he appeared in his first-period drama ‘Splendid Politics’ in which he played young ‘Prince Gwanghae’. He got to the limelight for his role in ‘Please Come Back, Mister’ in 2016. There, he played a former gangster and bodyguard. He next appeared in the MBC fantasy thriller ‘W’, playing a martial arts instructor. And, in the same year, he was cast in the Korean-Chinese web-drama ‘Thumping Spik’. There, he played as a volleyball captain.

Likewise, he also made his big-screen debut in the ‘Su Saek’. And, therefore, it is a film depicting friendship among young men. He was cast in MBC’s weekend drama ‘Father, I’ll Take Care of You’ from 2016 to 2017. It is a 50-episode family drama in which he starred one of the unmarried sons.

Then, he played in another weekend drama ‘My Golden Life’ from 2017 to 2018. There, he played an industrial design student. Therefore, the drama was a hit with over 40% ratings and led to a rise in popularity for him. Similarly, in the year 2018, he was cast in tvN’s romantic comedy-drama ‘What’s Wrong with Secretary Kim’. There, he played a famous author.

Moreover, as for the variety shows, he has not shown much of an interest in them and has appeared in just two of them namely in 2017, ‘Law of the Jungle in Komodo’ and ‘Living Together in Empty Room’. He appeared in the SBS youth drama ‘Farmers’ Academy’ in 2019.

There, he played a first-year student at the Department of Food crops. Towards the end of March 2020, he and the other members of ‘5urprise’ left Fantagio. Therefore, he and 3 other members joined a newly developed agency ‘Man of Creation’. Moreover, he is also known for starring in ‘Touch (2020)’. He also starred in the drama ‘Secret Royal Inspector’. 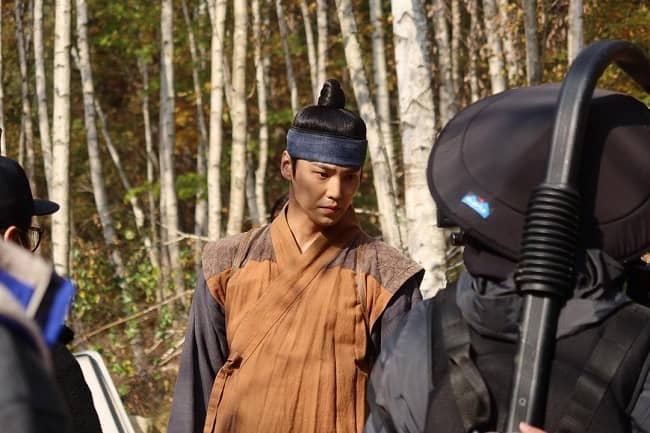 Reportedly, Lee Tae-hwan has never been in a relationship. Therefore, he himself has denied ever being in a relationship, stating that he is too busy with his work to consider dating someone. There are no rumors of him dating anyone. However, as per his handsome looks and great personality, he would find a loving and caring partner in the future. As of now, he seems to be single right now.

This handsome and good-looking man has a height of 6 feet 2 inches. Lee Tae-hwan has a suitable weight that matches his height, weighing 72 kilos. He has an athletic body physique and has maintained a balanced diet. However, he has not shared his body measurements publicly. Furthermore, he has a set of dark brown eyes and his hair is of brown color.

As being a great actor and singer, he earns a good amount of money. His profession surely makes him earn a decent amount of sum. However, his estimated net worth is $1 million – $5 million.