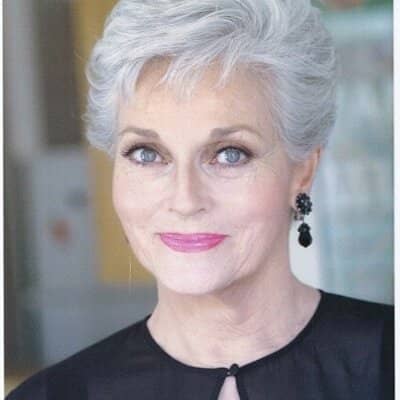 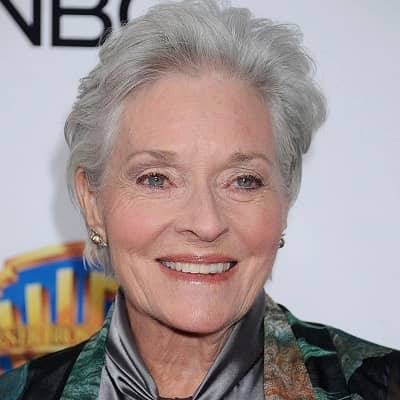 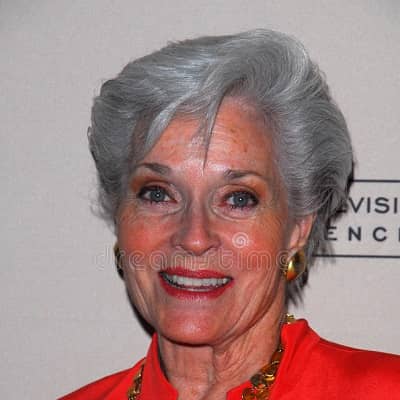 Lee Meriwether is an American former model, actress, and the winner of the Miss America 1955 pageant. Lee Meriwether is well recognized for her role as “Betty” in the highly successful CBS series named Barnaby Jones.

Lee was born in Los Angeles, California, on May 27, 1935. Her full name is Lee Ann Meriwether. She is 87 years old. Moreover, she is the daughter of Claudius Gregg Meriwether and Ethel Eve Mulligan. She also has one brother named Don Brett Meriwether.

She grew up in San Francisco after the family shifted there from Phoenix, Arizona. The actress attended George Washington High School. There, one of her classmates was Johnny Mathis. She later attended City College of San Francisco. She was the classmate of fellow actor Bill Bixby.

Since childhood, Lee started her career to be a model and actress. Therefore, she won Miss San Francisco, and Miss California in 1954. Then, in 1955, she has been crowned Miss America. Following her reign as Miss America, she joined the show named Today show.

From 1955 to 1956, she was called a “Today Girl” on NBC’s The Today Show. In 1959, her feature film debut came as Linda Davis in 4D Man, starring Robert Lansing. She also appears in The Phil Silvers Show episode, “Cyrano de Bilko”.

Then, in 1961, she starred once as Gloria in the episode “Buddy and the Amazon” on her first husband’s (Frank Aletter) one-season CBS sitcom, Bringing Up Buddy. Moreover, this actress also appeared in Leave It To Beaver episode “Community Chest” in season 4.

She played Martha Elweiss in the episode “My Child Is Yet a Stranger” on the CBS anthology series, The Lloyd Bridges Show in 1962. Also, she was cast as Nurse Dickens in a 1962 episode of the ABC sitcom, I’m Dickens, He’s Fenster.

She is also recognized for her portrayal of Catwoman, replacing Julie Newmar in the film version of Batman in 1966, and for a co-starring role in the science fiction series titled The Time Tunnel.

However, she has appeared in many television shows and films including Betty Jones, Buddy Ebsen’s secretary, and daughter-in-law in the 1970s crime drama Barnaby Jones. 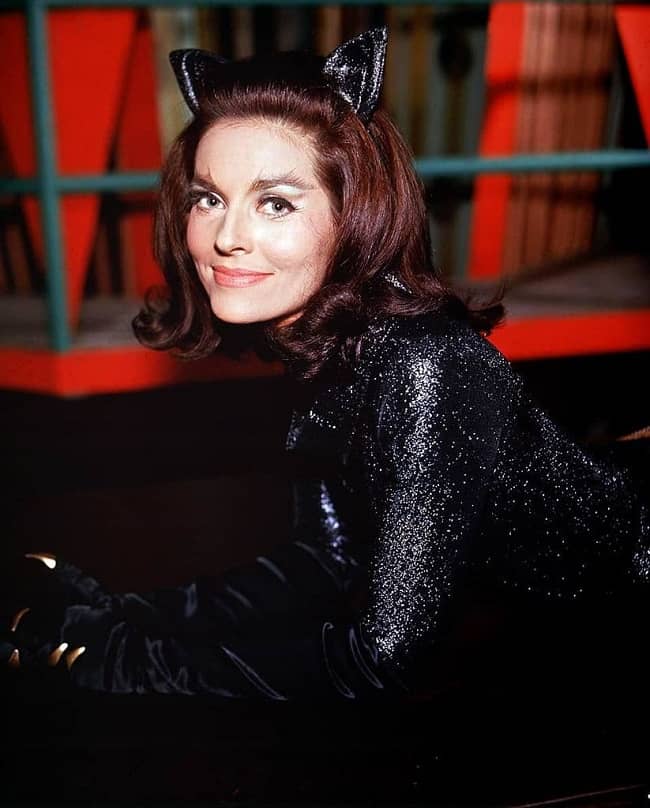 Furthermore, she had a recurring role as Ruth Martin on the daytime soap opera All My Children until the end of the series in September 2011. In the year 2002, she also appeared in the documentary film Miss America.

In 2003, she appeared in the TV Movie Return to the Batcave: The Misadventures of Adam and Burt. Meriwether also appears in one of the game’s openings videos as a talk show host has an interview with David Hayter, who voices Solid Snake in the game.

She had a brief cameo as comic book character Battle Diva in the episode “Harper Knows” of the Disney Channel original series Wizards of Waverly Place in 2008. She has made guest appearances on Hawaii Five-0, The League, Desperate Housewives, and Don’t Trust the B—- in Apartment 23.

Moreover, she revisited her role as Miss Hastings in the sequel/prequel to The Ultimate Gift, The Ultimate Life (2013) which is directed by Michael Landon Jr. This talented actress also makes appearances at Comic Cons where she speaks about her roles in Batman, Star Trek, and Time Tunnel.

This model might have endorsed and advertised many products from different brands and companies. However, she has mentioned the brand ecotools on her Instagram account. But, it is publicly unknown what Lee has endorsed.

On April 20, 1958, Lee got married to Frank Aletter. The couple had two daughters and they are Kyle Aletter-Oldham and Lesley A. Aletter.

Both daughters are actresses by profession. Unfortunately, Lee and her husband divorced in 1974. Later, she again tied the knot with Marshall Borden on September 21, 1986. 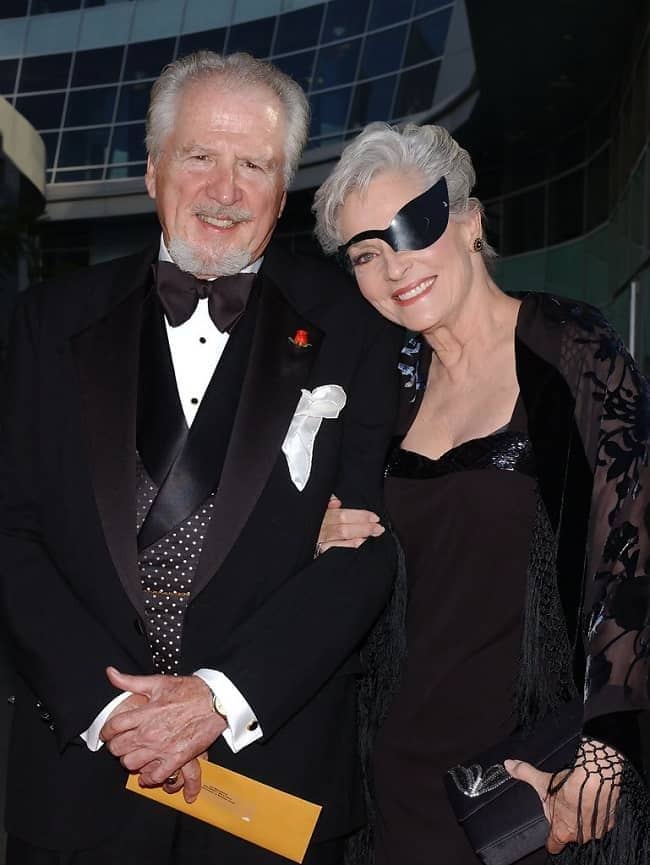 This beautiful model has a height of 5 feet 9 inches and weighs around 64 kilograms. Talking about her body measurements, she has a measurement of 34-22-35 inches and her bra size is 34B. Additionally, she has beautiful blue color eyes and grey color hair. 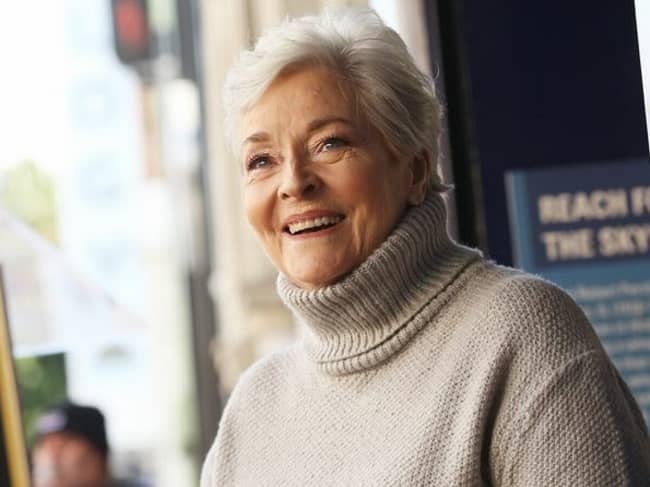 Caption: Lee Meriwether posing for a photo. Source: The Personage

It is estimated that Lee has a total net worth of around $800 thousand dollars. Her income is all from her profession as an actress and model. However, her salary is not mentioned. Being a successful actress and model, she has quite a good income.