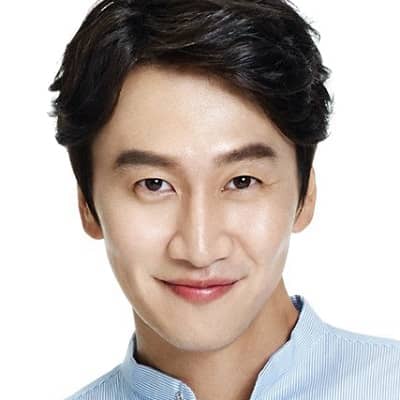 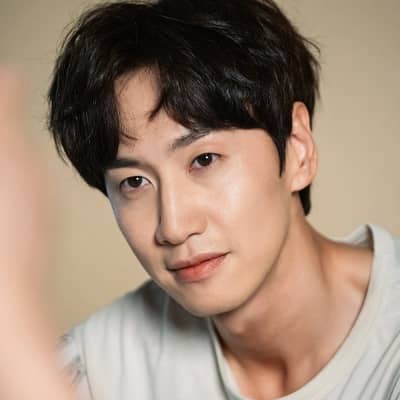 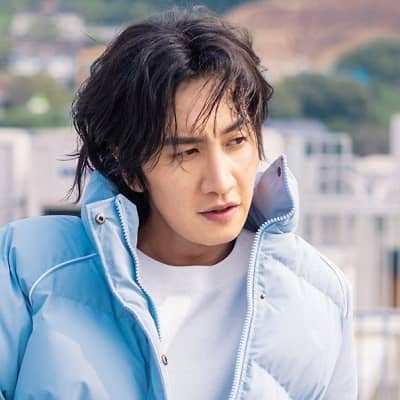 Lee Kwang-soo is a distinguished South Korean actor, model, and entertainer. Lee Kwang-soo gained international fame for appearing in the variety show ‘Running Man’ since 2010. The multi-talented personality has bagged 31 awards from 2008 to 2021.

Lee Kwang-soo was born on July 14, 1985, and he is currently 35 years old. Kwang-soo is originally from Namyangju, Gyeonggi Province, South Korea, and his zodiac sign is Cancer. Talking about his educational journey, Kwang-soo graduated from Dong-ah Institute of Media and Arts majoring in Broadcasting. Talking about his family, Kwang-soo’s father’s name is Lee Jong-ho but his mother’s name is not mentioned. Moreover, his name is written in his native language as 이광수 and in Hanja as 李光洙.

Professionally, Lee Kwang-soo is a remarkable actor, model, as well as entertainer. The multi-talented personality made his acting debut in the year 2008. It was with the sitcom Here He Comes. The actor gained even more fame for his numerous roles in films and TV drama series including It’s Okay, That’s Love, Confession, Collective Invention, The Sound of Your Heart, Live and Inseparable Bros among many others.

Besides acting, he is also internationally well-known as one of the regular cast members of Running Man. It is a South Korean variety show of which Kwang-soo was a part of since the year 2010 to 2021.

Talking about the beginning of Kwang-soo’s career in the entertainment industry, he started off as a model in the year 2007. He then followed with his acting debut in 2008. After his debut sitcom Here He Comes, Kwang-soo starred in High Kick Through the Roof. 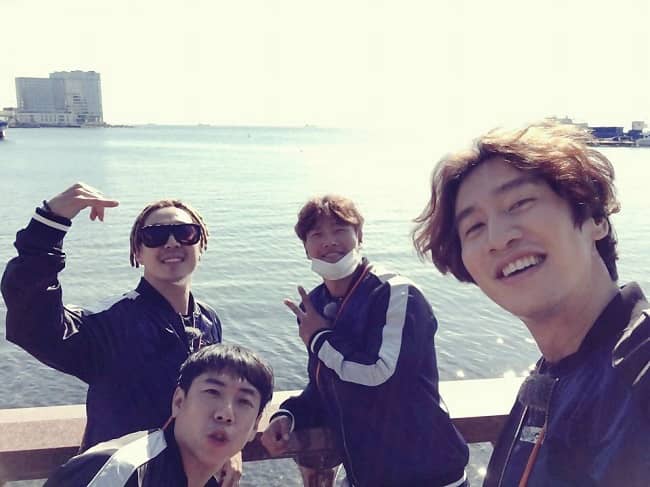 Caption: Lee Kwang-soo posing for a photo with the castmates of ‘Running Man’. Source: Instagram

Then in the year 2012, Lee Kwang-soo played supporting roles in Wonderful Radio and All About My Wife. The aforementioned are romantic comedies. Kwang-soo also appeared in The Scent. The same year, Kwang-soo reunited onscreen with his former Running Man co-star and real-life best friend – Song Joong-ki. He and Song Joong-ki reunited with The Innocent Man.

A year later in 2013, Kwang-soo had another supporting role in A Wonderful Moment. Following this, the actor lent his voice for Maritime Police Marco. It is an animated movie and Kwang-soo voiced the lead character “Marco.” In this project, the actor worked alongside his fellow Running Man regular – Song Ji Hyo.

After he shared publicly that he wished to play an antagonist in TV or film, he appeared as Prince Imhae in Goddess of Fire. His character in this 2013 period drama is that of the villainous brother to King Gwanghae. While working on this project, Kwang-soo also participated in an energy conservation campaign alongside Kim Yoo-bin – a child actress.

Then on 17 August 2013, Kwang-soo held his first solo fan meeting in Singapore. Later, on 4 January 2014, the actor held another fan meeting in Malaysia. 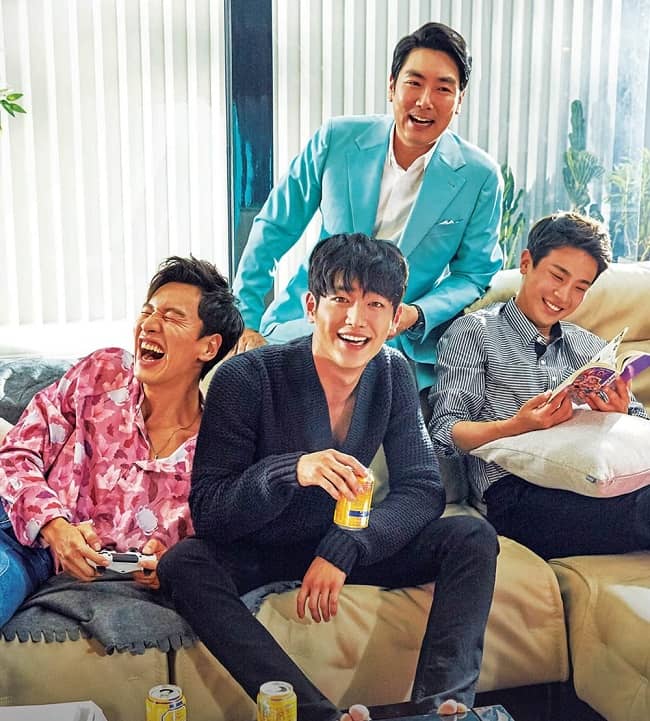 In the year 2014, the actor appeared in his first major role in Confession. It is a neo-noir film and its story revolves around three friends. Their friendship gets destroyed after the three get involved in a murder case. Along with Lee Kwang-soo, the other friends were played by actors Ji Sung and Ju Ji-hoon.

Kwang-soo then returned to TV with It’s Okay, That’s Love. In this medical melodrama, his character is a patient suffering from Tourette syndrome. He then teamed with popular South Korean boyband 2PM’s member – Hwang Chansung for the film A Dynamite Family. This film is about five brothers who live in the village of Deoksu.

Similarly, in the year 2015, an actor appeared in Collective Invention. He played the role of a protagonist whose condition is caused by side effects from a newly introduced drug. This film was screened in the Vanguard section of the 2015 Toronto International Film Festival. As a result, this film also marked his first red carpet appearance at an international film festival.

Furthermore, Kwang-soo appeared in the two-episode drama Puck! In this project, Kwang-soo played a loan shark who joins a college ice hockey club. Later the same year, the actor was appointed ambassador of the 2015 Korea Brand & Entertainment Expo. He also received a commendation from the trade minister for boosting the Korean Wave industry. 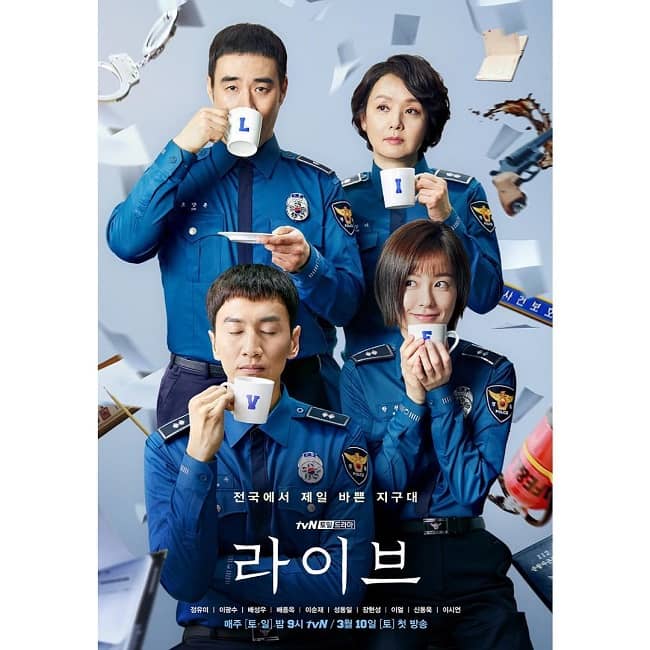 In 2016, Lee appeared in Entourage and also in The Sound of Your Heart. Then in September 2017, the actor was confirmed to appear as a fixed cast member in the variety show Busted! In 2018, the actor played the role of a police officer in Live. His character tries to uphold values in everyday life and maintain justice. Following this, he appeared in The Accidental Detective 2: In Action.

Likewise, in 2019, he starred in Inseparable Bros and Tazza: One-Eyed Jack. For playing the role of Park Dong-goo who suffers from severe intellectual disabilities in the former, Kwang-soo bagged his first Baeksang Arts Awards for “Best Supporting Actor”. The same year, the actor also appeared in the disaster comedy film Sinkhole working alongside actors Cha Seung-won and Kim Sung Kyun.

Unfortunately, on February 15, 2020, he was involved in a car accident. This accident put all of his activities on pause until his recovery from an ankle injury. Then in June, there was a confirmation that Kwang-soo would star in The Pirates: Goblin Flag.

Furthermore, on April 27, 2021, the actor’s agency announced that Kwang-soo would step down from Running Man. This was so that the actor could focus on treatment and recovery from the accident. His last recording will take place on May 24, 2021.

Lee Kwang-soo is in a romantic relationship with Lee Sun-bin. Sun-bin is also a popular South Korean actress and they began dating each other in July 2018. 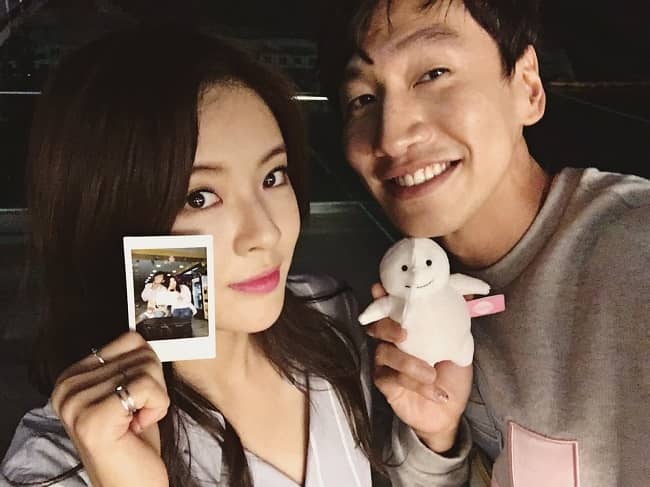 Lee Kwang-soo is available on Instagram under the username @masijacoke850714 on Instagram. While writing this biography, the actor has garnered over 4.3 million followers on his official account. Other than this, the actor doesn’t seem to have a personal account on other platforms. Talking about his net worth and earnings, Kwang-soo has a net worth estimation of approximately $2.5 million dollars.