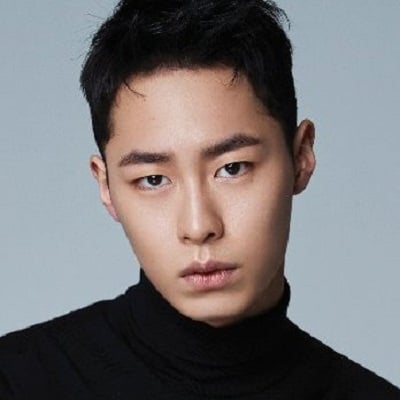 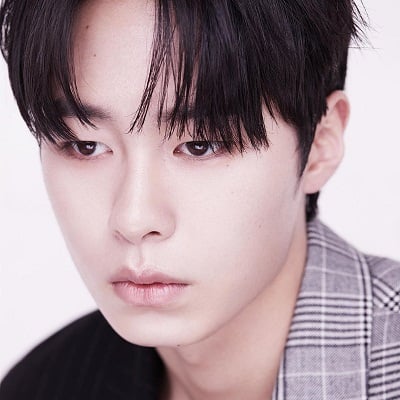 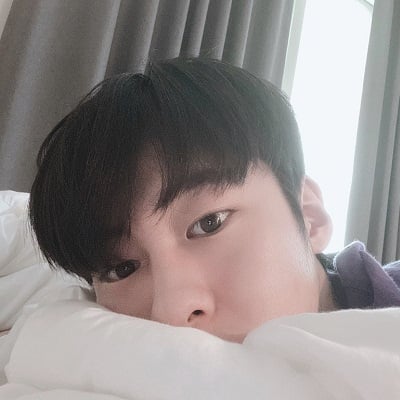 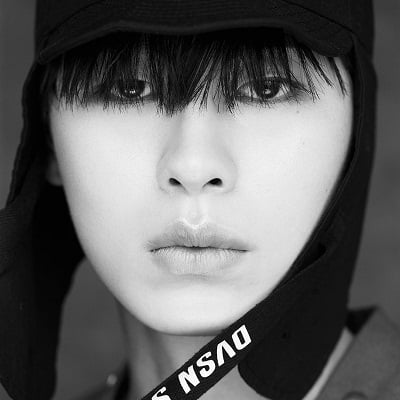 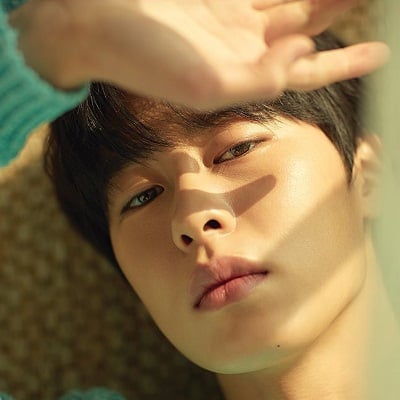 Lee Jae-Wook is a young South Korean actor. Lee Jae-Wook is popular for his roles in the film “The Battle of Jangsari”, and TV dramas like “Search: WWW”, “Do Sol Sol La La Sol”, “When the Weather Is Fine”, and “Memories of Alhambra” among others.

Lee Jae-Wook was born on May 10, 1998, and he is currently 24 years old. He hails from Seoul, South Korea. His name in Korean is written as 이재욱 and in Hanja as 李宰旭. Despite being active on social media, he has not shared much information or photos related to his parents, siblings, and other family details. He also has yet to share insights into his educational journey. But it looks like Jaewook is more focused on his acting career compared to his academic achievements. 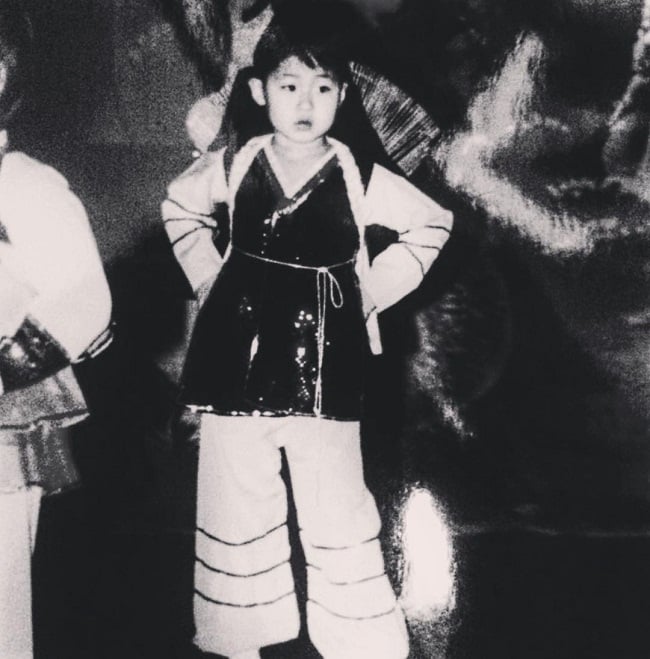 Professionally, Lee Jaewook is a young South Korean actor. Despite being a rookie actor, Jae-Wook is labeled as one of the best upcoming Korean actors. Moreover, despite playing a variety of young characters, many still believe Jae-Wook to be older than he is. He has also played characters that are much older than his real age and also the younger ones.

In this drama, Jaewook portrayed the supporting role of Marco Han who is a programmer and hacker affiliated with Sejoo played by Park Chanyeol of the Korean boy band Exo. Soon after appearing in Memories of Alhambra, Hyun Bin’s agency VAST Entertainment recruited him. He worked on this k-drama from 2018 to 2019.

Later in 2019, Jaewook also worked in the film The Battle of Jangsari or Jangsari: Forgotten Heroes. For this film, Jaewook played the role of a student soldier who was sent to Jangsari for a battle without proper training. This film also features popular actors Kim Myung-min, Megan Fox, and Choi Min-ho among others in the lead roles. 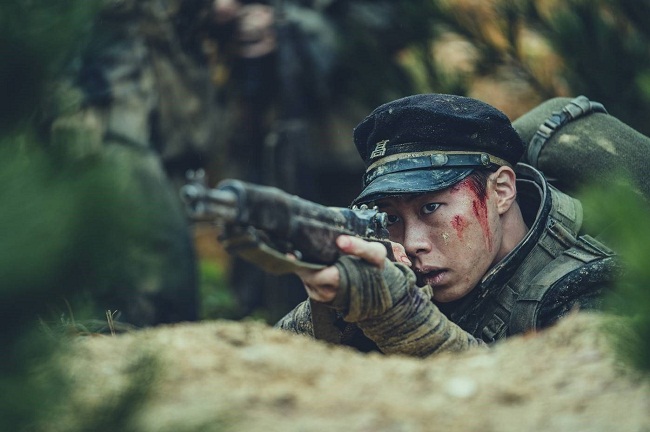 Caption: Lee Jae-Wook in a scene of the film “The Battle of Jangsari”. Source: HanCinema

The Battle of Jangsari is so far the only movie that he has worked on as of November 2020. After this, the young actor appeared on the small screen in the role of Seol Ji-hwan in the 2019 k-drama Search: WWW and as Baek Kyung in Extraordinary You in the same year.

His character in Search: WWW is one of the main cast whereas the one in Extraordinary You is the second lead, where his character is the female lead’s childhood friend-fiancé.

Similarly, he appeared as Lee Jang-woo in the 2020 k-drama When the Weather Is Fine. He worked alongside Seo Kang Joon and Park Young on this drama. His character Lee Jang-woo is the lead character Eun-Seob and Mok Hae-won’s high school friend.

In 2020, he bagged his first lead role in a drama. He played the role of Sunwoo Joon in Do Do Sol Sol La La Sol. He is the male lead alongside the female lead played by Go Ara.

The young rookie actor has received a few nominations during such a short span of his acting career. He has also bagged some of them. He received two nominations at the 2019 MBC Drama Awards. They both were for his role in the drama the Extraordinary You. He won the category “Best New Actor” whereas he was only nominated for the category “Best Couple Award” with his costars Kim Hye-Yoon and Rowoon.

Moreover, he also received nominations for “Best New Actor (TV)” at the 56th Baeksang Arts Awards in 2020. Alas, he did not bag this award. The same year, Jae-Wook also won the Brand of the Year Awards 2020 for the category “Male Actor of the Year-Rookie”.

There is no verified information regarding the young actor’s relationship status. Lee Jae-Wook has not shared any insights into this matter and nor has he shared photographic evidence suggesting his current or past romantic affairs. At such a young age, Jaewook has already gained immense fame as a rising new actor in South Korea. As a result, the young actor might be more focused on strengthening his acting career than involve in rumors, controversies, and scandals in such early stages of his career.

Lee Jae-Wook stands tall at an approximate height of 1.87 meters or 6 feet 1 inch and his weight is around 70 kgs. Other than this, there is no further information about his other body measurement stats including his chest-waist-hip measures, dress size, shoe size, biceps, etc. Moreover, he has black straight hair and brown eyes. 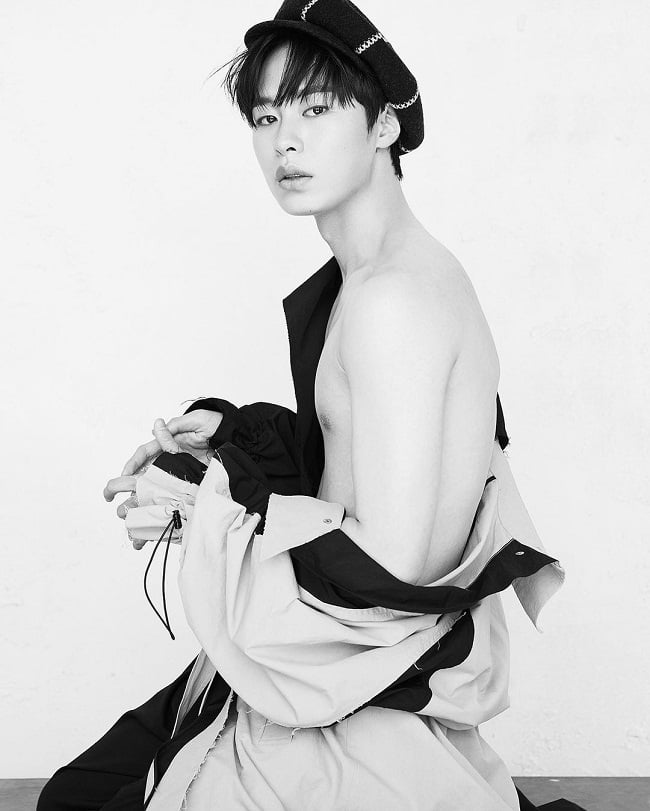 Caption: Lee Jae-Wook posing for a photo during a magazine photoshoot. Source: Instagram

Talking about his social media presence, Lee Jae-Wook is available on Instagram under the username @jxxvvxxk. As of November 2020, he has shared 109 posts and earned more than 3.3 million followers on this account.