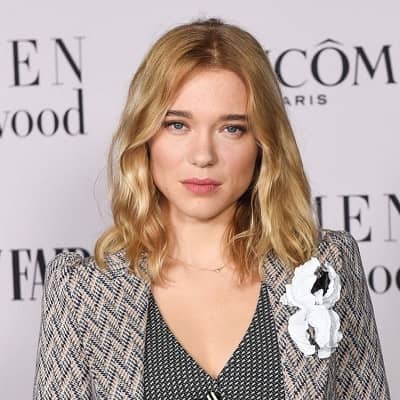 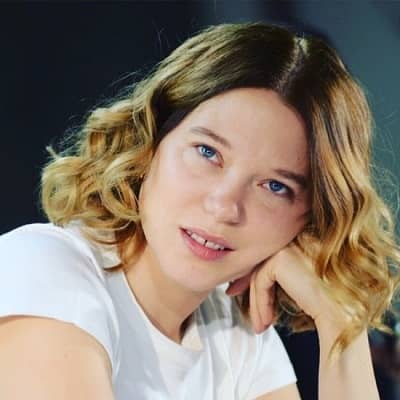 Léa Seydoux is an actress from France. Moreover, Léa Seydoux is best known for her roles in the films, ‘Blue is the Warmest Colour’ and ‘Spectre.’

Léa Hélène Seydoux-Fornier de Clausonne best known as Léa Seydoux was born on the 1st of July, 1985, in Paris, France. According to her birthdate, this Frech actress is 37 years old and has a zodiac sign of Cancer. Moreover,  she belongs to mixed ethnicity of German-French ethnicity.

This actress is the daughter of  Henri Seydoux (father) and Valérie Schlumberger (mother). Professionally, her father is a businessman and her mother is a philanthropist. Her father works as CEO of Parrot, a well-known French telecommunications provider. She was the family’s second-born kid, with one older sister and five younger siblings.

When this actress was three years old, her parents divorced. Her mother lived in Africa, while her father often traveled for work. As a result, she experienced serious loneliness as a child, which led to her introverted personality.

She had a dream of being an opera singer when she was young. She had artistic goals, but her parents weren’t too keen on encouraging her. At the “Conservatoire de Paris,” this actress studied music. In addition, she was always anxious about performing in front of a large crowd. She chose to pursue acting after turning 18 years old.

Moreover, she was also motivated by a friend of hers who was an actor. She believed that for someone like her, the life of an actor would be interesting. After taking acting classes at the French theatrical school “Les Enfants Terribles,” she moved to New York to enroll in the “Actors Studio” for further training.

Léa Seydoux made her acting debut with the main role in the French film ‘Girlfriends,’ in 2006. The next year, in 2007, she played the lead in the short film “La Consolation,” which was screened at the Cannes Film Festival. She later worked as a model for “American Apparel.”  She plays important parts in movies including “13 French Street” and “The Last Mistress.” Despite being recognized as a talented actor, she hadn’t yet achieved widespread fame.

She had several big surprises in the year 2008. This actress made an appearance in the French movie “The Beautiful Person” that year. In addition, she received an important yet minor role in the 2009 war thriller “Inglourious Basterds” from renowned director Quentin Tarantino.

Her performance was praised, and the movie ended up being among the most well-liked and financially successful ones of the year.  For her, getting a role in a Quentin Tarantino movie opened doors in Hollywood.

She co-starred with A-list actor Russell Crowe in the 2010 Ridley Scott movie “Robin Hood.” Further, she also had appearances in French movies including “Belle Épine” and “Petit Tailleur” that same year. Moreover, she was also allowed to try out for a major role in the movie “The Girl with the Dragon Tattoo.” She was pushed out for the part by Rooney Mara, an actor. She did, however, land a significant part in the 2011 movie “Mission Impossible: Ghost Protocol.”

Moreover, she made an appearance in Woody Allen’s critically praised movie “Midnight in Paris” that same year. She acted in the critically praised French movies “Sister” and “Farewell, My Queen” in 2012. In addition, she did, however, land a part in 2013 that completely changed the course of her career. 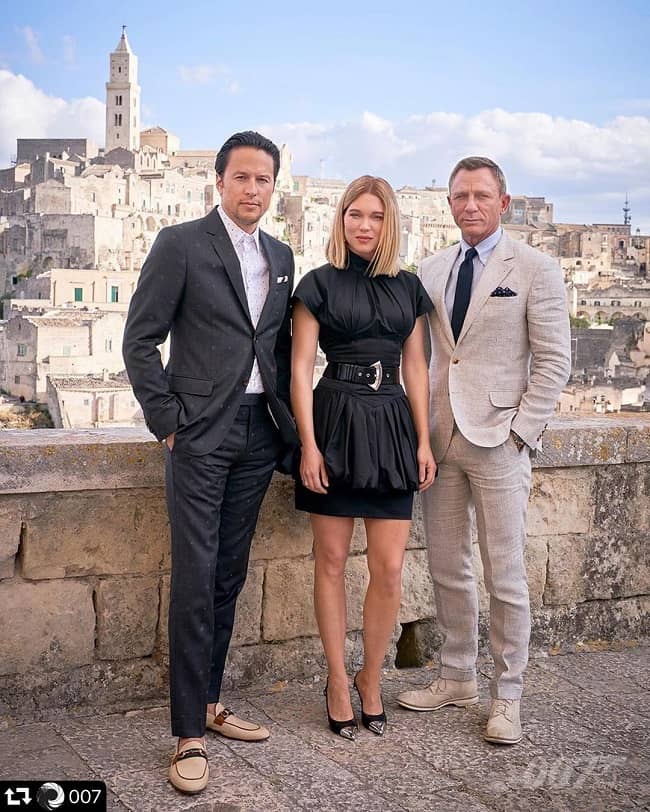 She made an appearance in the 2013 movie “Blue Is the Warmest Colour.” She played the part of Emma, a lesbian art student, in the movie. The movie received remarkable critical success. The actors and the director, Abdellatif Kechiche, were both given the “Palme d’Or” by the Cannes Film Festival jury, which was chaired by director Steven Spielberg. She made appearances in the Hollywood comedy “The Grand Budapest Hotel” and “Beauty and the Beast” in 2014.

Moreover, she made a cameo appearance as a French maid in the latter.  She won praise for her performance as the “Bond Girl” in the James Bond movie “Spectre” in 2015. After that, she made significant appearances in critically acclaimed movies including “Saint Laurent” and “Diary of a Chambermaid.”

She made an appearance in the 2015 Cannes Film Festival Jury Prestigious award movie “The Lobster.” Moreover, she continued to work in Hollywood, appearing in movies like “It’s Only the End of the World” and “Zoe.” This movie star appeared in Drake Doremus’ 2018 sci-fi romance Zoe alongside Ewan McGregor. She also had an appearance in Arnaud Desplechin’s French crime drama Oh Mercy! The movie had its Cannes premiere and was chosen to compete for the Palme d’Or.

She was chosen to play the title part in Emmanuelle, Audrey Diwan’s English-language directorial debut that was based on the novels of Emmanuelle Arsan, which was released in May 2022. It was revealed in June 2022 that she has been selected to play Lady Margot in Denis Villeneuve’s Dune: Part Two, which is scheduled to be released in October 2023.

Léa has also had a modeling career. She has been on the covers of various magazines and newspapers, even though she doesn’t consider herself a true performer. In addition, she has participated in photo assignments for “W,” “Vogue Paris,” “American Vogue,” and “CRASH.” 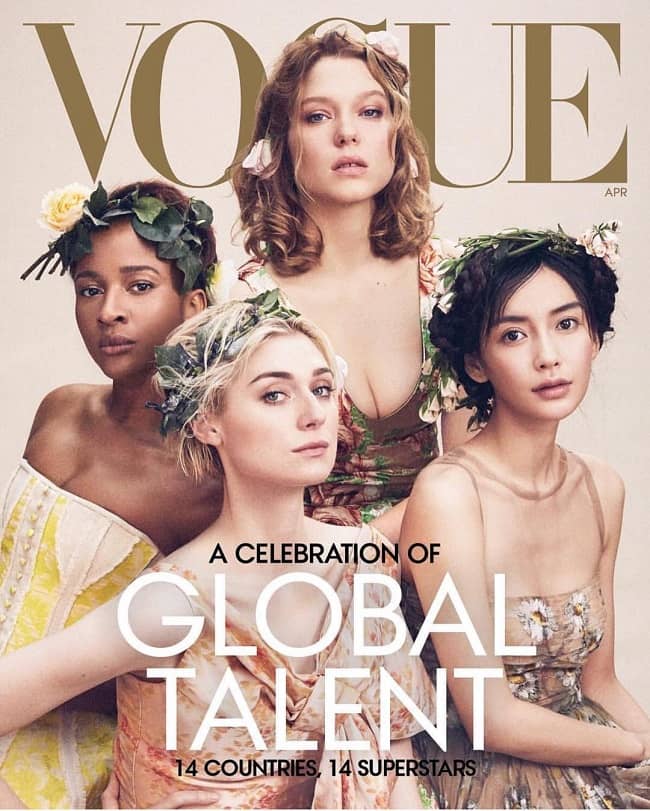 She earned a huge sum of money from her acting, modeling, and brand endorsements. Moreover, she has a net worth of $5 million and she has not yet shared information regarding her salary and income.

Talking about her relationship status, she is currently dating André Meyer. The couple revealed they were expecting their first child in September 2016. Georges, a son, was born to her on January 18, 2017. Léa Seydoux tested positive for COVID-19 in July 2021 while sick and withdrawing at her home in Paris. She missed the 2021 Cannes Film Festival due to the diagnosis. 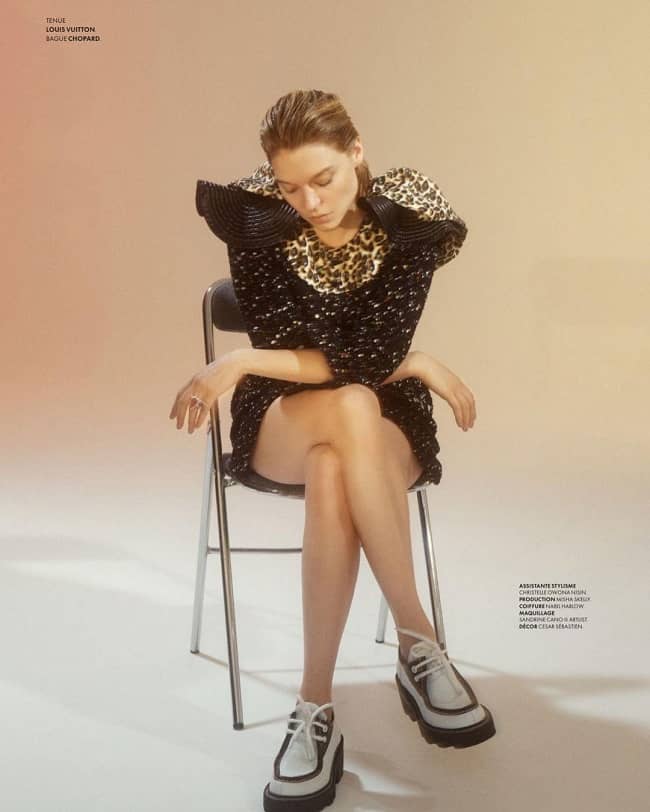