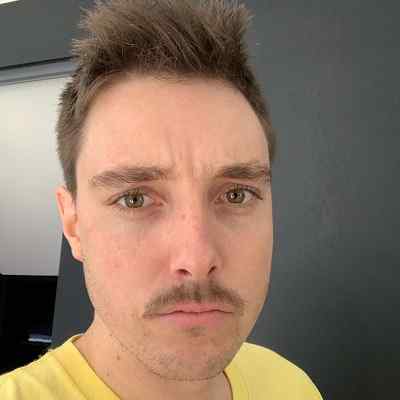 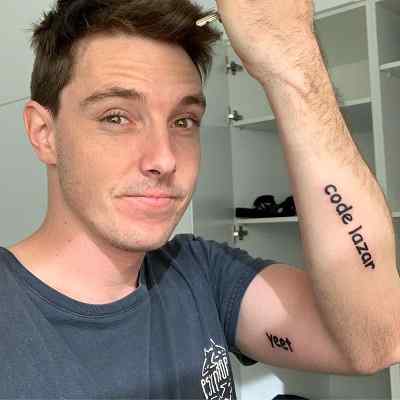 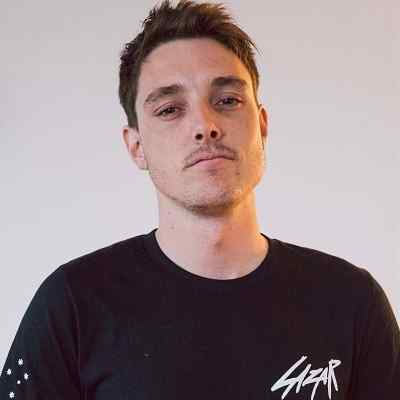 LazarBeam is an Australian Youtube star. LazarBeam is a YouTube gamer who initially gained a following for his Madden challenge videos. His videos featuring tiny, talentless players are especially popular. Likewise, he also features videos of GTA V with mods, Beam NG, and Happy Wheels.

LazarBeam was born on Central Coast, Australia, on December 14, 1994. He is under the birth sign Sagittarius and he is 27 years old. He holds Australian nationality. Likewise, his real and full name is Lannan Neville Eacott.

The name and information regarding Lazar’s parents are not available at the moment. However, his family owns a construction business. Likewise, he has two brothers whose names are Jarrad and Callan, and a younger sister whose name is Tannar. And, his older brother Jarrad played professional baseball for the Minnesota Twins. LazarBeam once said that as a 10-year-old, he used to wish that his brother makes it to the major league. So that he could sell his signed T-shirts on eBay.

Lannan’s sister Tannar is a photographer. But following in her brother’s footsteps, she started her YouTube journey on August 8, 2017. He began his journey with the video titled ‘LazarBeams Sister Becomes A Vlogger’. Tanner also revealed in her second vlog that Lannan was a student at TAFE NSW by showing his ID card. Further, Lazar is a fan of Tom Brady and supports the New England Patriots.

Regarding Lanna’s educational background and qualification, the name of the educational institutions he attended is unknown as of now. However, he dropped out of high school at the age of fifteen. And began working in his family’s construction business. Originally, he started sharing videos of demolition in slow motion on YouTube, under the name “CrushSlash”. 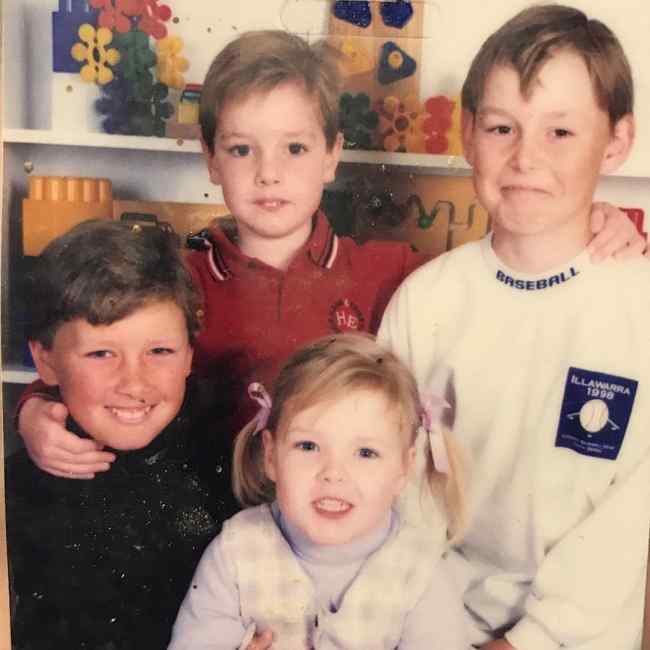 Caption: LazarBeam’s childhood picture along with his siblings (Source: Instagram)

Lannan Eacott started his career by joining his family construction business, however, he never liked his job. He was always interested in playing games and making videos and watching other YouTubers of the time. He then realized that he might be able to carve a niche for himself if he puts enough work into it. Likewise, he launched his YouTube channel ‘LazarBeam’ on January 5, 2015, and has accumulated altogether 6,672,283,934 views until now. And, without putting much thought into it, he decided to call himself “LazarBeam” on YouTube. Because it was an old game character when he played ‘Runescape’.

Initially, he shared challenge videos on the game ‘Madden NFL 16’. Then, he soon started sharing videos on ‘The Sims 4’ and ‘GTA 5’. And, on the 16th of that month, Lannan posted a lengthy Q&A video to answer the multitudes of questions he had been getting from fans, He also revealed that he had decided to make YouTube his full-time job. Then, the next month, Lannan announced that he and his sister, who was a photographer, were moving to a new office with a faster internet connection. And finally would be able to live-stream. Likewise, he continued to post regular videos on a variety of games in the following months and also posted vlogs and videos celebrating new milestones.

Lannan Eacott credits his unique way of playing games for his sudden rise to fame. And, considering that the most popular games already had YouTube coverage with people creating similar types of content to cater to fans, LazarBeam decided to put himself out on the internet as a person without holding anything back or censoring himself in an attempt to counter unnatural and boring scripted content. Likewise, he also carefully selected games with a large community but stagnant content, like ‘Madden NFL 16’, with which he started his YouTube journey.

During Lanna’s first year on YouTube, he started sharing videos on various challenges from within the ‘Madden’ game in his own unique style. And, he would spend hours completing even though no one had asked for those or even considered such challenges. Moreover, while Lanna had never anticipated it, an overwhelming number of viewers become attracted to his new type of content and helped his channel grow steadily. And, he regularly interacted with his fans and urged them to post feedback on his content, which made him more accessible than most YouTubers as well.

Lannan Neville Eacott was a member of the launch roster of the entertainment collective Click which is also known as the Click Crew on 18 September 2018, alongside other Australian gaming personalities. And, in October 2019, it was announced that he would appear as himself in the 2020 film Free Guy, alongside streamers Ninja and Jacksepticeye. Likewise, he was acknowledged in YouTube’s 2019 end-of-year summary, YouTube Rewind 2019: For the Record, as the eighth most-viewed content creator of the year, with 2 billion views in the year 2019.

Moreover, reporting on this, Business Insider described him as being popular for his “comedic riffs” and use of memes. They even noted his video-editing style, which “uses zoom in and spliced graphics to highlight his reactions, with a camera focused directly on his face as he sits in front of a computer screen”. 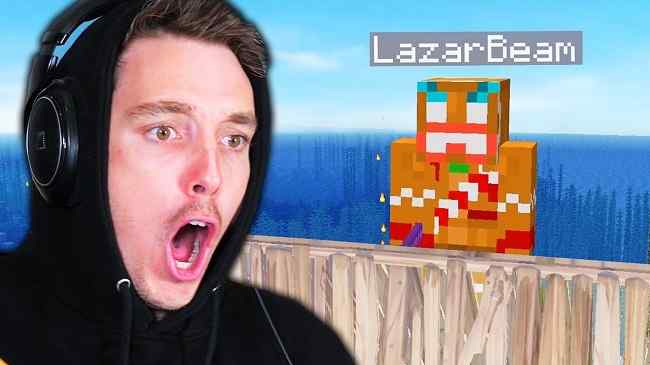 Furthermore, Lannan along with fellow Australian YouTuber Elliott “Muselk” Watkins, had signed a deal with YouTube to stream exclusively on that platform; he had previously streamed on Twitch on 13 January 2020. Then, he along with Watkins celebrated the announcement by undertaking in a 12-hour live stream to raise money for the ongoing Australian bushfire relief effort. Moreover, he also partnered with Rooster Teeth and was represented by Click Management and WME.

Likewise, the following month, Click announced they would “stop filming [group] videos for the foreseeable future” with the members wanting to “spend time working on their own content”. Moreover, YouTube listed Lanna as the ninth top content creator of 2020. And, as well as the sixth most-viewed gaming creator of the year. Also, one of the top live streamers by views of 2020 in December.

Lannan Neville Eacott is in a relationship with Ilsa Watkins. She is Muselk’s sister. Lannan has featured his girlfriend on his Youtube videos as well. The couple also share pictures with each other on their respective social accounts. Also, the duo is much loved as well as appreciated by their fans and viewers as well. 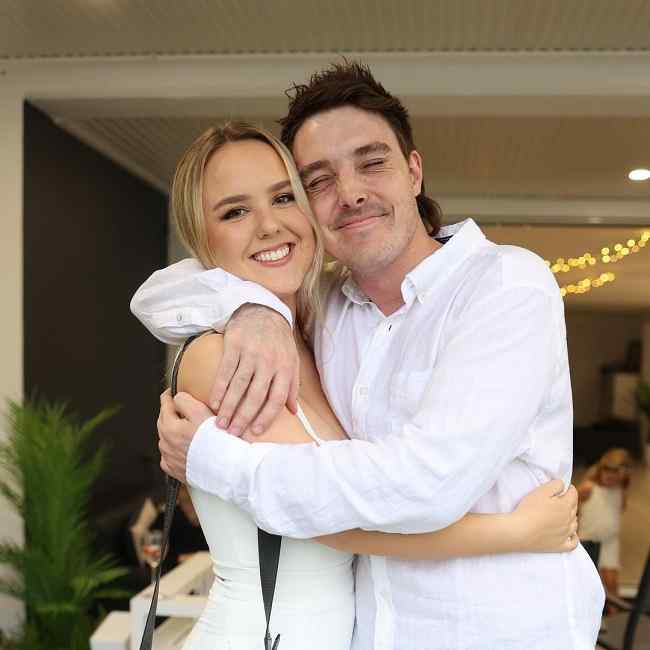 LazarBeam has a height of 5 feet 9 inches and his weight is 60Kg. Likewise, his other body measurements such as his chest size, waist size, and hip size, are 40-28-35 inches respectively. Moreover, Lanna has brown hair as well as brown eyes. He also has a mustache.

According to naiibuzz, Lannan has an estimated net worth of $14 million and his main income source is Youtube. He also has his merchandise and earns from there as well.