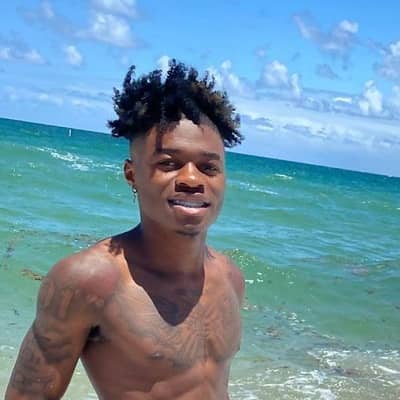 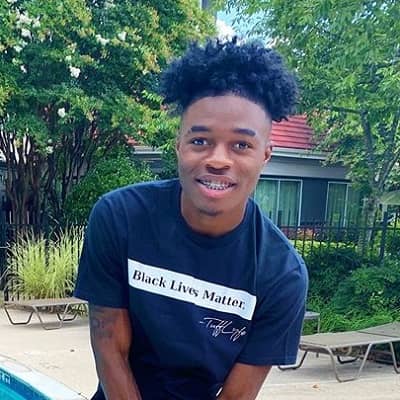 Lavado Arne Jr. was born on August 29, 2001, and he is currently 20 years old. He hails from Fort Lauderdale, Florida, and his zodiac sign is Virgo. Talking about his family, Lavoda’s parents are his father Lavado Arne, and his mother Monica Arne. Later on, he settled in Atlanta, Georgia. He also has a younger brother who goes by “Lil Geekn” on Youtube.

He recently graduated from Rockdale County High School in June 2020. However, he has not shared his further plans on the major he is going to choose or the institution he will be attending for his bachelor’s level.

In a high school graduation post on his Instagram account, he shared that he dropped out of school for almost a whole year due to his career. However, his mom was telling him every single day to go back to school. Despite him not wanting to attend school again, his mother took him and signed him up. Back then, he was in 12th grade with a 10th-grade credit. 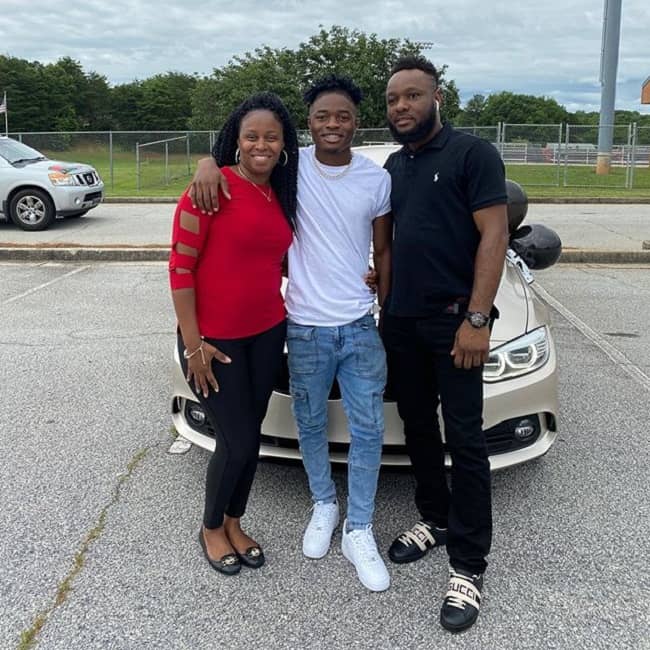 Caption: Lavado Arne Jr. posing for a photo with his parents on his high school graduation day. Source: Instagram

Professionally, Lavado Arne Jr. is an artist/dancer and a content creator. As a dancer, he rose to fame after his dance videos went viral on his Instagram account @lavaado. He has amassed over 331,000 followers on the platform. He is the creator of the “Switch It Up Challenge”. He also appeared in a commercial for Footlocker.

Moreover, he began playing basketball at the age of nine and later began posting dance videos to Instagram under the account name @iamlavado in July 2016. He is also found on YouTube as LaVaado, where he’s popular for videos such as his “Walmart Yodeling Boy Remix Dance Video,” among others. Just like Zach Jelks, he is also a dancer who has gained fame on Instagram. 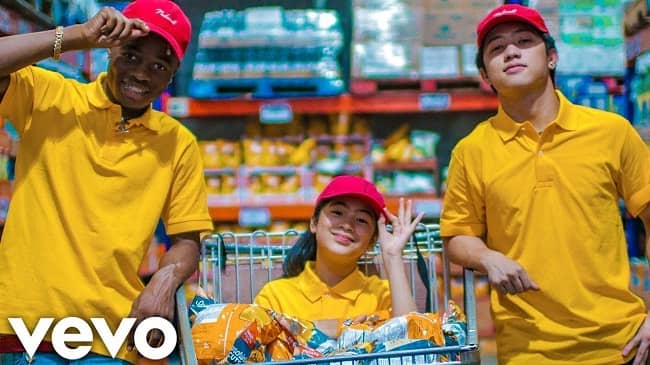 He is also a singer who has released a song called “Be Real” in early June 2020. Furthermore, talking in more detail about his primary Youtube channel “Lavaado”, the oldest video available while writing this is titled TEACHING MY GIRLFRIEND TIKTOK DANCE MOVES ???. This video has garnered over 80k views since 6 February 2020. Similarly, the most-watched video on this channel is I CALLED MY GIRLFRIEND MY EX NAME TO SEE HOW SHE WOULD REACT ? | CRAB MUKBANG with over 582.5k views since 25 April 2020.

The other videos with over 200k views are FLASHING My GIRLFRIEND While She DRIVES ?? *SHE CRASHED*, HIDING In My Girlfriend’s CAR While She “RUNS ERRANDS!” ?? *worse idea*, ME & MY LIL BROTHER TALK ABOUT MY EXES IN FRONT OF MY GIRLFRIEND ? *she broke up w/ me ?, and 6IX9INE “GOOBA” REACTION ? KING OF NY BACK ?!

Lavado Arne Jr. has been in a romantic relationship with Tirahliyn. Both of them frequently share adorable photos featuring each other to their respective Instagram handles. He has also often featured his lover on his Youtube videos. Some of such videos are FLASHING My GIRLFRIEND While She DRIVES ?? *SHE CRASHED* and HIDING In My Girlfriend’s CAR While She “RUNS ERRANDS! among many others.

Other than the present relationship, there is no information about his past relationships and affairs. He has also maintained a clean public profile that is away from any kind of rumors and controversies that might hamper his personal life and professional career. 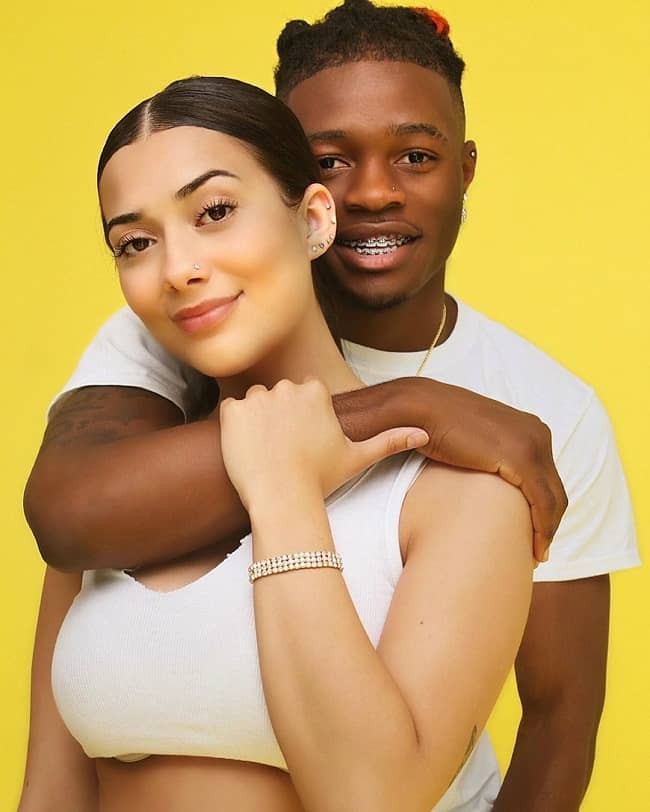 Sadly, there is no information regarding his body measurement details. Lavado’s height, weight, chest-waist-hip measures, biceps, dress size, shoe size, etc are all unavailable at the moment. Similarly, he has dark brown eyes and curly hair of the same color.

Talking about his social media presence, Lavado Arne Jr. joined Twitter in November 2017 and so far has over 1.5k followers on his @iamlavaado account. Likewise, he has 28 posts shares, and 331k followers on his @lavaado Instagram account. Furthermore, he created his Youtube channel “Lavaado” on February 21, 2018.

Moving on, he has a net worth estimation between $1 million to $5 million dollars. He might earn through projects in various fields like dance, music, modeling, workshops, etc.