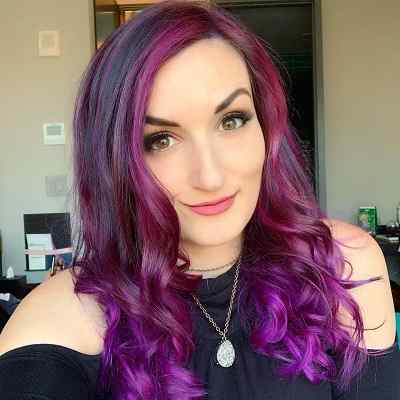 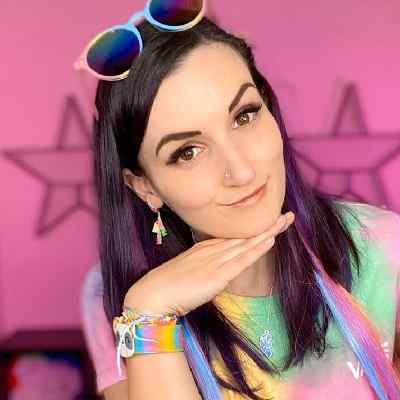 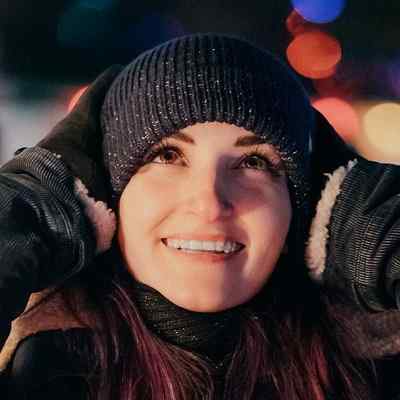 LaurenzSide was born on July 7, 1989, and she celebrates her 33rd birthday in 2022. Likewise, her real name is Lauren Webber and she is better known as LaurenzSide on social media. She is originally from New York, USA.

Talking about her family, Lauren has an older half-sister named Chrissy and a brother named Ryan. Sadly, her father passed away due to lung cancer when she was in high school. Moreover, she has a dog named Dexter who has appeared on her YouTube channel.

Regarding her educational journey, the only information available is that she graduated from college with a degree in Communication Arts. There are no details regarding the institution she attended.

Moreover, she is a pescetarian and doesn’t eat any meat other than seafood. She prefers eating a vegan diet most of the time. Her favorite movies include ‘The Boondock Saints, ‘Forgetting Sarah Marshall’, ‘Scream,’ and ‘Requiem for a Dream, and she loves to watch TV shows like ‘Friends’, ‘It’s Always Sunny’, and ‘The Newsroom’. 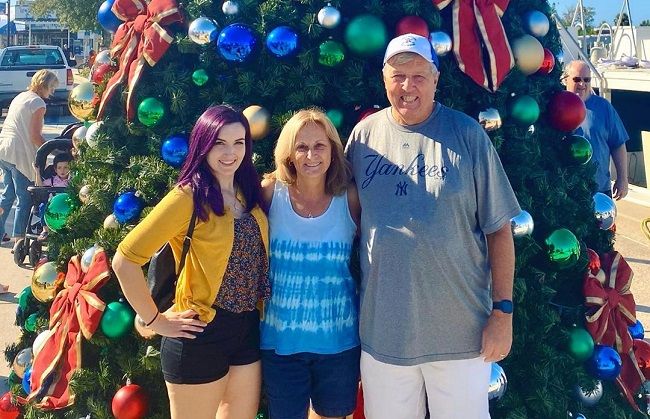 Caption: LaurenzSide posing for a photo with her mother and step-father during Christmas. Source: Instagram

Professionally, LaurenzSide is a social media personality. Primarily, she is a Youtube gaming commentator. She is also popular as the comedic Let’s Play gamer who uploads playthroughs filled with jump cuts and funny commentary. She has amassed over 4.1 million followers.

Likewise, she began her YouTube journey at the beginning of 2013 after her college graduation. While not on YouTube, Lauren was working a 9-to-5 office job Monday through Friday. Moreover, Lauren has also worked on the Crazy Craft YouTube series along with fellow YouTubers LDShadowLady, Joey Graceffa, AshleyMarieGaming, and Yammy xox.

Lauren plays video games and records her reactions through audio and face-cam. She is popular for her playthroughs with added funny commentary and a jump-cut editing style. She originally joined YouTube in February of 2007 as a vlogging and skit channel but stopped in December of 2008 when she left for college.

Then on January 30, 2013 (after a 4-year hiatus), Lauren started back up her LaurenzSide YouTube account as a comedic gaming channel. Her most popular videos include her 24 HOUR Living As My Sim Challenge video as well as Trollcraft Minecraft Modded Multiplayer Survival Series videos as well as New Tomodachi Series videos.

Lauren uploads videos daily and often live streams on Twitch. Lauren has multiple series going at one time. She is also most popular for her Minecraft and Sims series. She also often collaborates with her YouTube friends like Dangthatsalongname, LDShadowLady, Joey Graceffa, TheOrionSound, SeaPeeKay, Yammy, and Gloom, BBPaws, IHasCupquake, Vengeful, Cheridet, and JackSucksAtLife. She is also dubbed the bread queen.

Lauren worked a full-time office job while doing YouTube on the side until the summer of 2017. After that time, she decided to make Youtube her full-time career. 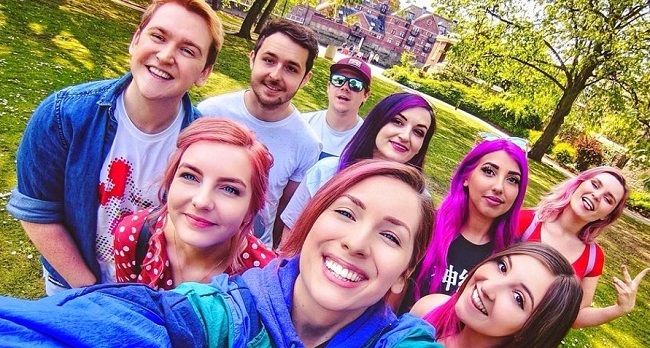 An unfortunate incident while filming a challenge video

Moreover, on 13 August 2019, she uploaded a video called 100 Bath Bombs Challenge Gone Wrong. In this video, she filled her bathtub with 100 bath bombs that she received from Bubbly Belle to use in her video. After putting the 100 bath bombs into her tub, the water overflowed and flooded her bathroom.

Due to not being caulked properly, water spilled through a large hole under the bathtub, and down into the second-floor ceiling. Water leaked through a light fixture, into the fireplace, and due to the ceiling being slightly sloped, the water ran off and leaked down into the basement.

This incident caused her thousands of dollars in damage. Her house was new at the time of making this video. At that time, they had moved just 2 months prior to making the video after 3 months of renovation. The damage this challenge caused has since been repaired.

LaurenZSide has many varieties of series and has participated in a lot of multiplayer series too. She mostly has multiple series’ going at once. Lauren’s most popular series has been in the “Sims 4”. Her first series was The Sims 4: Raising YouTubers (Toddler Season) videos, in which she raised her YouTube friends as toddlers.

She included Yammy, Dangthatsalongname, LDShadowLady, Joey Graceffa, TheOrionSound, SeaPeeKay, SmallishBeans, and Vixella in the series, as well as her dog Dexter and husband Bobby. She has done several installments of her “TS4: Raising Youtubers” series since.

LaurenzSide is a married person and her husband is Bobby a.k.a. Bobizard. They tied the knot on August 20, 2016, and moved from Manhattan to New Jersey. Prior to their marriage, the two had been in a relationship for a long time already and as per a post from Valentine’s Day 2020, they have been together for 9 long years to date. Further, the lovers both went to college for video production where they got close to one other.

Their first-anniversary trip is scheduled for Ireland. They are in a very lovable relationship, supporting each other to grow their career. Likewise, the two of them appear together in many photos they post through their respective social media platform.

Other than this, there is no information regarding her past relationships and affairs. She has also maintained a clean public profile. She has stayed away from rumors, scandals, and controversies that might hamper her personal life and professional career.

Caption: LaurenzSide posing for a photo after a walk with her husband Bobby and pet Dexter. Source: Instagram

She stands tall at a height of 5 feet 6 inches and weighs around 64 Kg or 141 lbs. Likewise, her chest-waist-hip measures are 34-26-35 inches respectively. She has dark brown eyes and hair of the same color. But she has dyed her hair into various shades like purple, peach, blonde, etc.

Talking about her social media presence, LaurenzSide joined Twitter in May 2011 and so far has earned 167.8K followers on her @LaurenzSide account. Likewise, she has shared 567 posts and earned more than 581k followers. She is also available on Tiktok with 2.6 million followers and 43.6 million likes on her @laurenzsideyt account.

She has a net worth estimation of approximately $5.2 million dollars. She mostly earns through her online gaming, Youtube videos, advertisements, merch, live streaming, etc. Moreover, she has published over 1,450 videos which all together add up to more than 1.4 billion views. She creates on average 17 new videos every month and earns 2.2 million video views and 4.6k new subscribers every day.