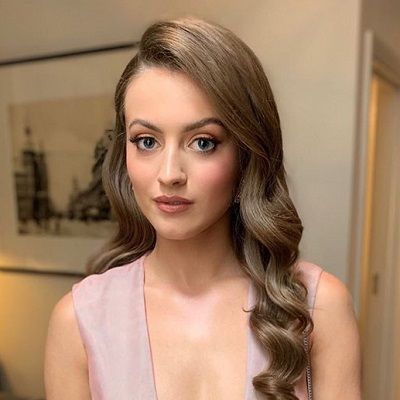 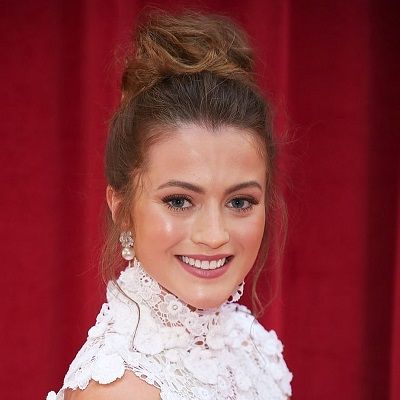 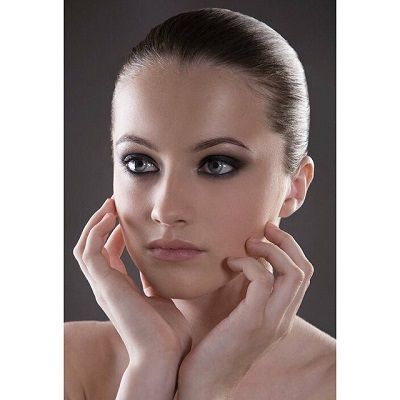 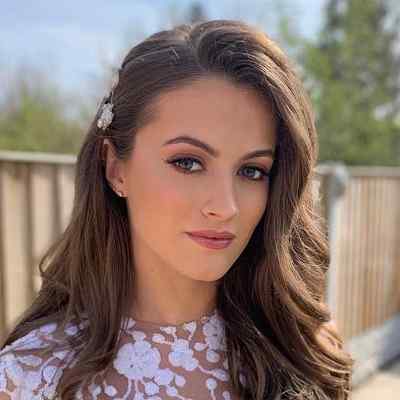 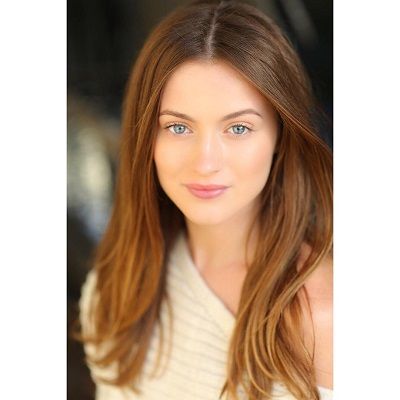 Lauren McQueen is a British Actress. Lauren McQueen is best known for her role in “Hollyoaks” as Lily Drinkwell. She has appeared in both TV shows/operas as well as movies. Her remarkable works include “Ordinary Lies”, “The Mill”, and “The Violators” among several others.

Lauren McQueen was born on July 12, 1996, and her age is currently 26 years old. Her full name is Lauren Louise McQueen and her zodiac sign is Cancer. Likewise, she is originally from Liverpool, London, England and she studied at Allstars Casting drama school. 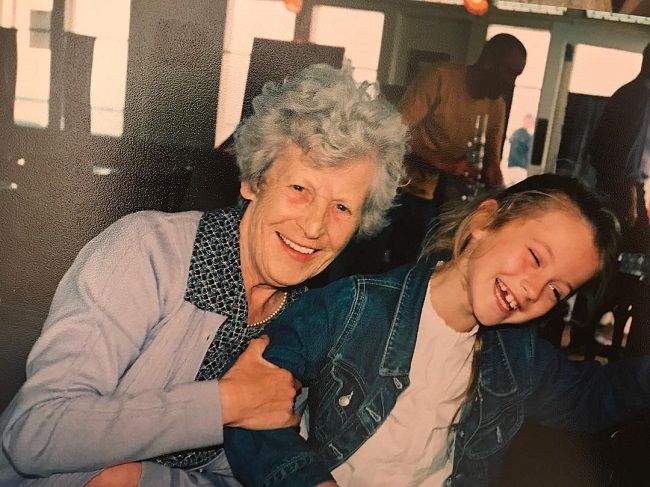 Caption: Lauren McQueen in a childhood photograph with her late grandmother. Source: Instagram

Professionally, Lauren McQueen is an actress best known for her roles on the shows Hollyoaks as Lily Drinkwell, Ordinary Lies as Amelie, and The Mill as Molly. She also appeared in the lead role in the 2015 movie The Violators as Shelly. Likewise, she also worked on Six Wives of Lucy Worsley as Catherine Howard.

Moreover, Lauren’s first credited acting role was as Yasmin Goody on the BBC One miniseries Good Cop. It was her debut performance back in the year 2012.  She then starred as Alison in the Christmas-comedy drama Little Crackers.

In 2013, Lauren McQueen appeared as Rachel on CBBC musical-comedy show 4 O’Clock Club for four episodes as a love interest to the main character, Josh. Shortly after this, she made appearances as Molly on Channel 4’s The Mill, Amelie on Ordinary Lies, and Shelly on The Violators.

In 2016, she played Catherine Howard in an episode of the series Six Wives with Lucy Worsley. For this, Lauren played the fifth wife of Henry VIII of England (Richard Riggins). Later, Lauren played the lead role of Sophie in the British-Canadian film drama The Wasting in the year 2017.

On 22 December 2016, Lauren McQueen landed the role of Lily Drinkwell in Hollyoaks and worked alongside Ross Adams. For this role, she was the niece of Hollyoaks character Diane O’Connor, played by Alex Fletcher. Her character Lily made her on-screen appearance on Hollyoaks on 6 January 2017. 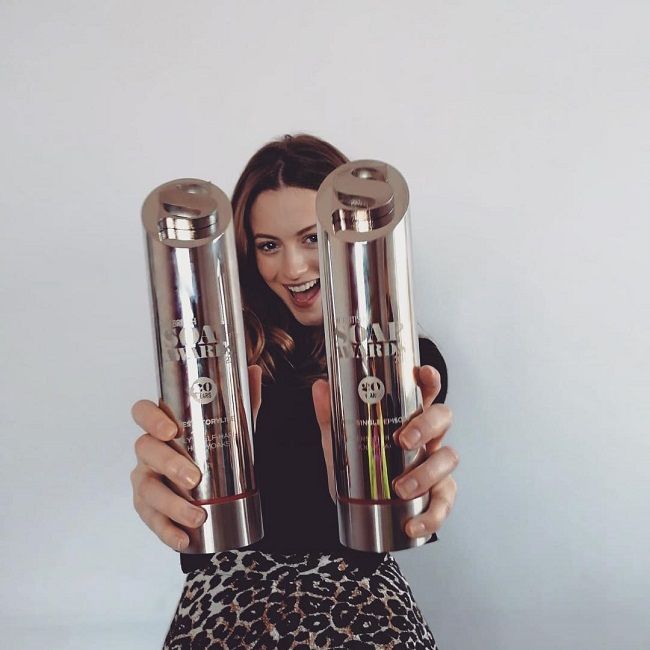 Caption: Lauren McQueen posing for a photo with her first two awards at the British Soap Awards. Source: Instagram

Since joining Hollyoaks, Lauren McQueen’s character has been involved in a relationship with Prince McQueen (Malique Thompson-Dwyer) and a self-harming storyline, in which she worked with the charities Samaritan and Mind for an accurate portrayal.

The storyline also won “Best Storyline” and “Best Single Episode” in the British Soap Awards 2018. Before this, Lauren had bagged the “Best Actresses” award at the 2016 Nashville Film Festival for her role in The Violators. Moving on, Lauren McQueen has a net worth estimation of approximately $1 million to 5 million dollars. She might earn through her acting projects, modeling, brand endorsements, etc. among other income-generating activities.

Talking about her relationship status, She has been dating Jack Norman since the year 2017. She doesn’t mention his name but has shared several adorable photos featuring her man on her Instagram account. 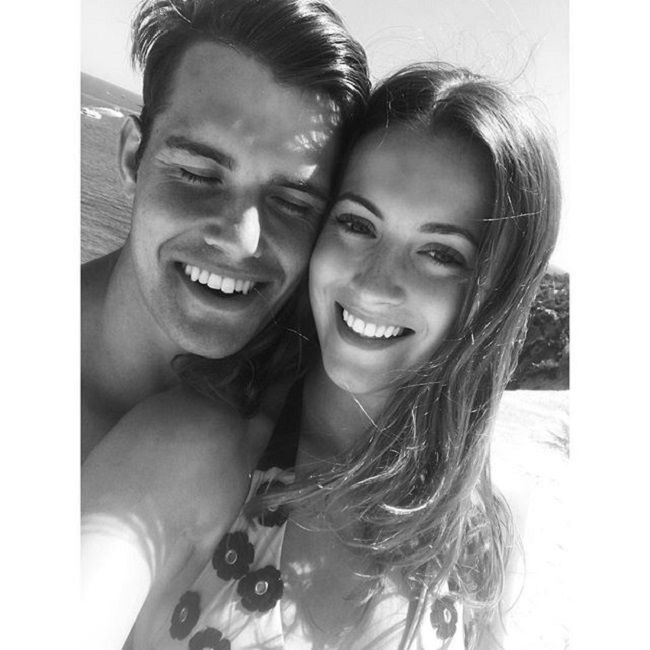 Caption: Lauren McQueen posing for a selfie with her lover. Source: Instagram

She stands tall at a height of 5 feet 3 inches or 1.6 meters. Other than this, there is no information about her remaining body measurement details like weight, chest-waist-hip measures, dress size, shoe size, etc. Likewise, Lauren has beautiful blue eyes and brown colored hair.

Talking about her social media presenaxsce, She  joined Twitter in October 2010 and so far has 18.8K followers on her @Lauren_McQueen account. Likewise, she goes by @laurennmcqueen on Instagram and this account boasts 203 post shares and 182k followers at the time of writing this article.

She also created her self-titled Youtube channel on May 9, 2019. This channel has earned 44,809 views and 2.51K subscribers. All the videos uploaded on this channel so far are Lauren’s covers of songs like Gravity by Sara Bareilles, Over the Rainbow, Your Love is My Love, She used to be mine, etc.