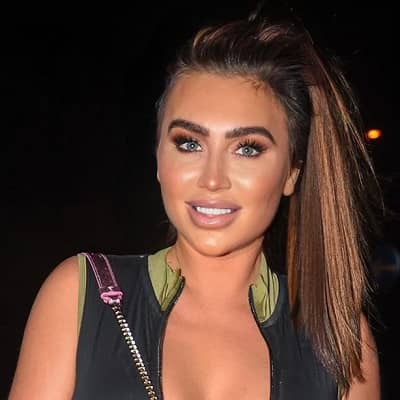 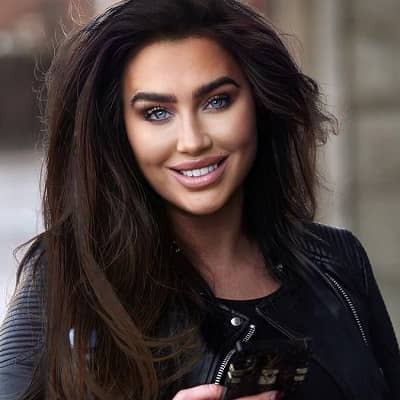 Lauren Goodger is an English model, singer, reality television personality as well as columnist. Lauren Goodger appeared on the reality show The Only Way Is Essex from 2010 to 2012 debuting in the first series before departing in series 6. She is also the part of Celebrity Big Brother house in the fourteenth series of the show.

Lauren caught attention after her travel stories amid COVID-19

Lauren has frequently been sharing envy-inducing social media photos from the balmy beaches of Dubai, which has risen as one of her favored holiday spots. She swaps Dubai for Essex’s Clacton-on-Sea as she suns herself on the beach closer to home amid COVID-19 travel restrictions to her favored holiday destination. Moreover, she was seen wearing a black beach dress as she made the most of Britain’s scorching heatwave.

Reflecting on the former TOWIE star Lauren Goodger’s relationship status, she is currently enjoying her single life. Neither she has married nor has her own kids. Talking about her sexual orientation, she is straight. Previously, she has been into a relationship with several guys named Tom Pearce, Joey Morrisson, Mark Wight, and Jake McLean.

The former Towie star, Lauren Goodger was in a relationship with caged Joey as he served a lengthy prison sentence for a string of violent drugs-related charges.

“I’m single. I’m talking to people, but nothing serious. “I’d give it all up for a family and security. I’m so scared of falling in love again.” Lauren added about Joey:

“I regret giving two and a half years of my life to someone who was in jail.”

However, it’s not clear how they first met, but Morrisson has links to Essex and Lauren has said she has known him for several years. Their love blossomed in 2016 and Joey gifted her with a ring while she previously spent the Christmas holidays with his family and friend – heading to speculation they might have been engaged. However, they had broken up twice and Lauren does not even think about their reunion.

Likewise, she has called dating criminal Joey Morrisson the “biggest mistake” of her life. Their relationship lags up to two and a half years, with him spending half of their relationship behind bars. 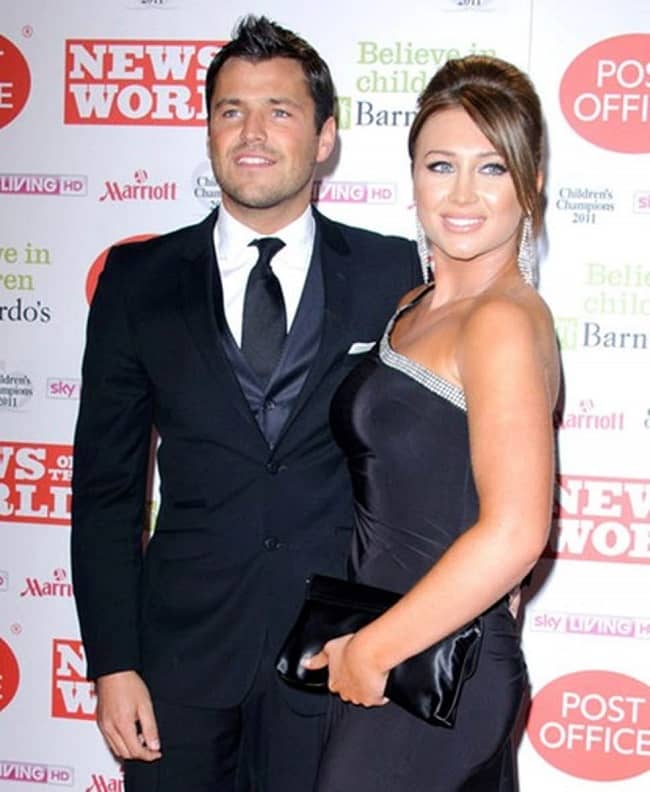 Caption
: Mark and Lauren attending an event together during their relationship (Source: The Sun)

Prior to her linkups, she was in a relationship with Mark Wright. He is an English television personality, entertainment reporter, and former footballer. Mark is famous for appearing as a cast member on the first three series of The Only Way Is Essex. She met him at the age of 15.

They dated each other from 2001 until 2012. The duo got engaged in March 2011 but she called off their engagement in August 2011, after she claims that he had cheated on her with fellow castmate Lucy Mecklenburgh.

Lauren Goodger is 33 years old. She was born on September 19, 1986, in Bethnal Green, London. Her mother’s name is Cheryl Gooder. Moreover, her father’s name and other information have not been revealed yet. She grew up with her five siblings named; Jenna Goodger, Hayley Goodger, Tony Goodger, Nicola Goodger, and Rihanna Goodger.

Talking about her nationality, Lauren holds English nationality but her ethnicity is still under review. Her religion will be updated soon. Her sun sign is Virgo.  Moving toward her educational background, there is no information about her schooling or university education. 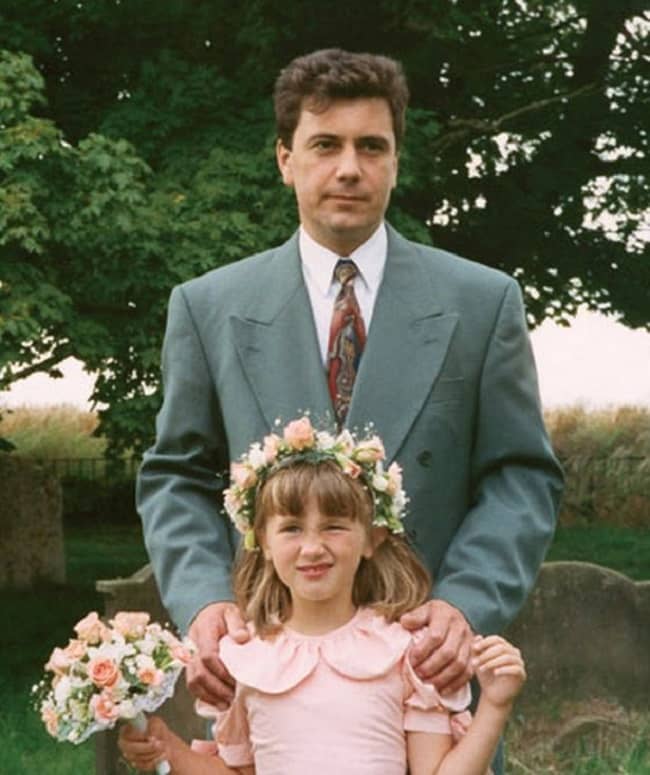 Caption: Lauren Goodger posing for a photo with her father on childhood photo (Source: Daily Mirror)

Prior to Lauren Goodger’s fame as a reality television personality, she was actually a secretary. She initially gained fame on TOWIE back in 2010. Notwithstanding her success as a reality TV star, she quit her job and went into television full time.

Professionally, Lauren Goodger is an English model, singer, reality television personality as well as columnist.  Over the years of her success on TOWIE back in 2010, she has had a number of businesses; her beauty shop Lauren’s Way was firebombed shortly after opening and has now closed. Likewise, she has since opened her own filler beauty salon in Essex and she’s now training to administer fillers herself.

The Only Way Is Essex

Lauren Goodger became one of the original cast members of the reality television program The Only Way Is Essex. Initially, the first two series of the show specifically revolved around her relationship with her boyfriend Mark Wright. In the next series 2 finale, she dumped Wright and pushed him into a swimming pool. The following show broadcast on May 4, 2011.

Moreover, she even made a guest appearance in the series 16 Christmas Special in 2015, before returning as a regular cast member in series 19. However, she did not return for series 20.

Lauren took part in the eighth series of the ITV ice skating show Dancing on Ice in January of 2013. In the show, she partnered with Michael Zenezini and finished eleventh after being eliminated in the second week. After four years later, she confessed about her miscarriage during her time on the show.

In August of 2014, Lauren entered the Celebrity Big Brother house in the fourteenth series of the show. She made her appearance in the house on Day 1 and has since been linked with Geordie Shore star Ricci Guarnaccio.

On the fourteenth day, she became nominated by Frenchy and therefore faced eviction. However, she survived this eviction on the seventeenth day. On day 21, She again faced nomination, this time by Edele and James. On the twenty-fourth day, she became the seventh housemate to be evicted in a double eviction with Ricci.

Apart from television, Lauren has also garnered a decent fan base on social media platform Instagram. As of now, her Instagram handles @laurengoodger has garnered over 751,000 followers. Her Instagram profile uses to trade products. In 2019 she, alongside Mike Hassini and Zara Holland auditioned for promoting a fictitious diet product containing cyanide.

The following drink was made as part of an investigation by the BBC Three series Blindboy Undestroys the World into Instagram sensation irresponsible marketing of products they have never used. 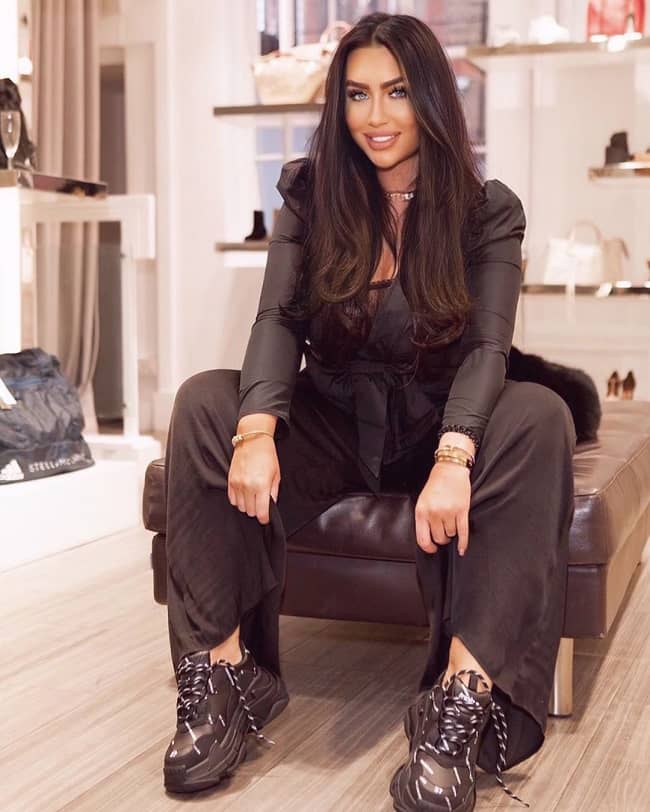 Caption: Lauren Goodger posing for a photo on her dashing look (Source: Instagram)

Additionally, Lauren has made several guest appearances after her success on television reality shows. From she appeared in the show Daybreak for Two episodes broadcasted on 15 May 2011, and 6 March 2012. Similarly, she appeared for five episodes of This Morning, and Loose Women.

On 21 February 2013, Lauren appeared in The Wright Stuff, and also made an appearance in 8 Out of 10 Cats in April of 2014. Further, she has made other guest appearances on Big Brother’s Bit on the Side, Celebrity Juice, and Most Shocking Celebrity Moments 2014 (Tv Documentary 2014).

The English reality personality has earned a decent sum of money through her appearance on several Tv reality shows. Her main source of income is the entertainment industry specifically reality shows. Thus, her estimated net worth is around $2.6 Million but her salary has not been revealed yet. Additionally, she also earns from her endorsements. She is happy and satisfied with her earnings and is living a luxurious lifestyle.

Lauren Goodger looks beautiful and has a very bold personality. She is a sexy TV personality with Voluptuous body build. The former TOWIE star stands a tall height of 5 feet 6 inches. She has a weight of 65 Kg or 143 pounds. Likewise, her body measurement is 39-29-40 in or 99-74-102 cm.

She wears a dress of size 12 (US) and her bra size is 34E. Similarly, she wears a shoe of size 8.5 (US). She has a beautiful pair of dazzling Blue color eyes and hair color is Dark Brown.

Engagement on the entertainment industry Lauren Goodger has been part of several controversies and negative comments. She even slammed fans that criticized her for posting nude selfies – notwithstanding Kim Kardashian being ‘praised as a feminist’ for similarly racy snaps in a very candid interview.

Lauren seems unimpressed as she steps out after claiming Instagram DELETED her X-rated snaps when they were reported by ‘jealous people.’ She became furious after a racy bikini shot posted to her Instagram Story was removed on Tuesday (4th August 2020).