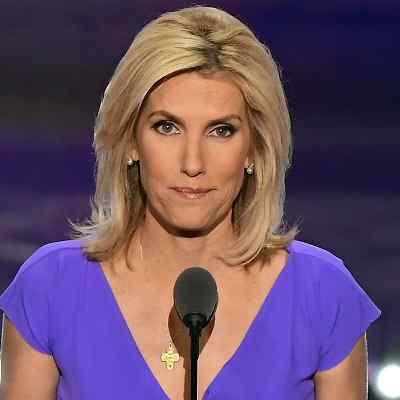 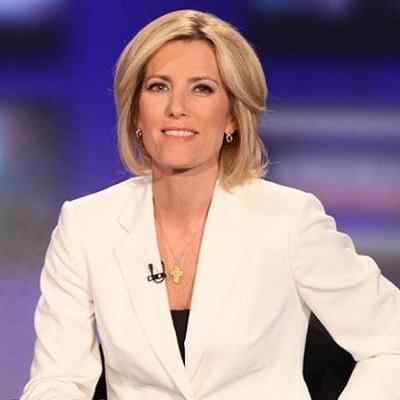 Laura Ingraham is an American Radio Host. Laura Ingraham is a Conservative commentator who started hosting her own nationally syndica ted radio program The Laura Ingraham Show in the year 2001. Likewise, she is one of the most powerful women in the field of political and cultural commentary.

Laura Ingraham was born in Glastonbury, Connecticut, USA, on June 19, 1964. She is under the zodiac sign Gemini and she is 57 years old. She holds American nationality. Likewise, her full name is Laura Anne Ingraham.

Her mother’s name is Anne Caroline and her father’s name is James Frederick Ingraham III. She also has a brother and his name is Curtis Ingraham. Other than this, nothing much is available about her parents and any other family members until now. Also, she likes to keep her personal and family life private and away from the limelight and the social world. Moreover, Ingraham attended a Baptist church until the age of twelve. And, later converted to Roman Catholicism. Furthermore, she announced that she had undergone treatment for breast cancer in April 2005.

Ingraham graduated from Glastonbury High School, the only high school in the town of Glastonbury, Connecticut, in 1981. And, in the year 1985, she graduated with a bachelor’s degree from Dartmouth College. This college is a private Ivy League university located in Hanover, New Hampshire, United States.

Likewise, during her senior year at college, she was the editor-in-chief of the conservative newspaper “The Dartmouth Review”, a bi-weekly publication. Further, in the year 1991, Ingraham obtained a Juris Doctor, a professional doctorate in law, from the University of the Virginia School of Law. Also, she has studied Spanish and Russian.

Laura Anne Ingraham worked as a speechwriter in the Reagan administration for the Domestic Policy Advisor. She even briefly served as editor of The Prospect, the magazine issued by Concerned Alumni of Princeton. After graduating from law school, in the year 1991, she also served as a law clerk for Judge Ralph K. Winter Jr., of the U.S. Court of Appeals for the Second Circuit, in New York, and subsequently clerked for U.S. Supreme Court Justice Clarence Thomas. Likewise, Ingraham then worked as an attorney at the New York-based law firm Skadden, Arps, Slate, Meagher & Flom. And, in the year 1995, she appeared on the cover of The New York Times Magazine in connection with a story about young conservatives.

Moreover, Ingraham has had three stints as a cable television host. And, she first became a host on MSNBC in the year 1996. Likewise, she became a CBS commentator and hosted the MSNBC program Watch It! as well in the late 1990s. And, several years later, on her radio program, Ingraham started campaigning for another cable television show. Fortunately, she gained her wish in the year 2008 when Fox News Channel gave her a three-week trial run for a new show entitled Just In. Eventually, Ingraham became the host of a new Fox News Channel program, The Ingraham Angle in October 2017.

Laura Anne Ingraham launched The Laura Ingraham Show in April 2001. This show was heard on 306 stations and on XM Satellite Radio it was originally syndicated by Westwood One but moved to Talk Radio Network in the year 2004. Then, in the year 2012, she was rated as the No. 5 radio show in America by Talkers Magazine. Ingraham announced her departure from Talk Radio Network, declining to renew her contract with TRN after nearly a decade of being associated with the network.

Likewise, she was the second major host from TRN’s lineup to leave the network that year: TRN’s other major program, The Savage Nation, left TRN two months earlier. And, her new program, syndicated by Courtside Entertainment Group, began airing on January 2, 2013 and went off the air in December 2018. Then, Ingraham continues to produce podcast material for Courtside’s PodcastOne division. 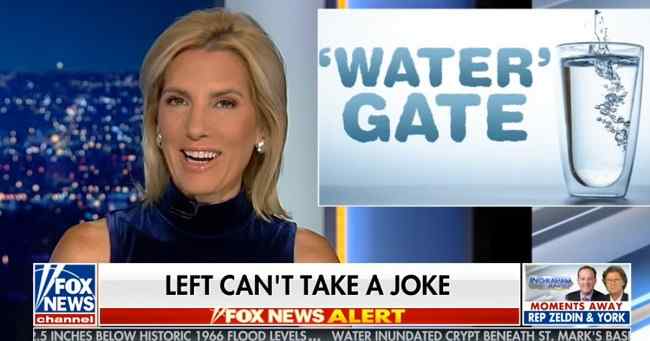 LifeZette founded a conservative American website in the year 2015. Ingraham along with businessman Peter Anthony founded this website. And, in January 2018, she also confirmed that she had sold the majority stake in LifeZette to The Katz Group, owned by Canadian billionaire Daryl Katz.

Laura Anne Ingraham was described by The New York Times as an “ardent nationalist” in the year 2017. She is popular for her strong support for Donald Trump. In the year 2014, she was a fierce critic of the immigration reform than was proposed, and Ingraham said that allowing more immigrant workers to come to the United States would be “obscene to the American experience”. Likewise, she even opposed the proposed bipartisan 2013 US Senate comprehensive immigration reform plan.

Moreover, Ingraham mocked reports that Trump had delayed his participation in D-Day commemoration activities to sit for an interview with her in June 2019. She strongly dismissed them as “patently false—fake news,” despite a video of the interview showing Trump saying, “These people are so amazing, and what they don’t realize is that I’m holding them up because of this interview, but that’s because it’s you”. 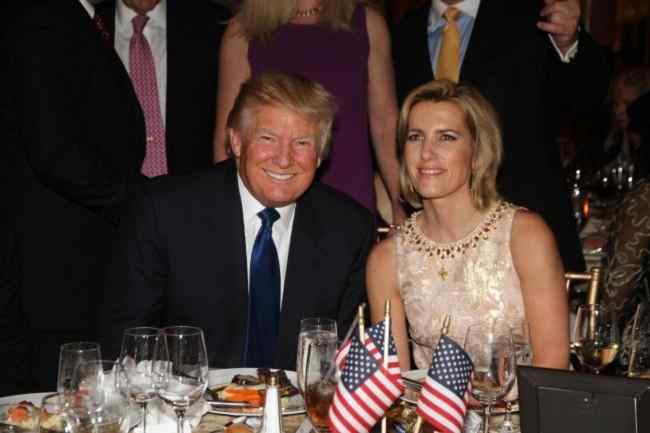 During Ingraham’s tenure as editor-in-chief of the independent campus newspaper The Dartmouth Review in Ingraham’s senior year at Dartmouth College, she wrote several controversial articles. She also sent a reporter undercover in the year 1984 to a campus Gay Students Association meeting, and later received criticism when despite an oath of confidentiality being read to participants. Ingraham even published a transcript of the meeting and included the names of the attendees, describing them as “cheerleaders for latent campus sodomites”.

Furthermore, in the year 1997, Ingraham wrote an essay in The Washington Post. In the essay, she stated that she had changed her views on homosexuality after witnessing “the dignity, fidelity, and courage” with which her gay brother, Curtis. Also, his partner coped with the latter being diagnosed with AIDS, Curtis’s partner ultimately died of the disease. And, Ingraham has stated that she supports civil unions between same-sex partners, but believes marriage “is between a man and a woman”.

Laura Anne Ingraham holds anti-immigration views. In the year 2014, she denounced House Majority Leader Eric Cantor after he expressed support for the DREAM Act and a GOP bill to grant a pathway to citizenship for young immigrants. And, at the time, Cantor faced a primary challenge from Dave Brat, which he would go on to lose. Likewise, that same year, she harshly criticized Republican congresswoman Renee Elmers for expressing support for a comprehensive immigration bill that included a pathway to citizenship for the 11 million undocumented immigrants who were in the country at the time.

Moreover, Ingraham had referred to the border crossings as a “slow-rolling invasion of the United States”. Her comments followed an MSNBC report by Jacob Soboroff which was broadcast on June 14, 2018. And, the day after her comments aired, school shooting survivor and activist David Hogg tried to renew boycotts of businesses that advertise on The Ingraham Angle, but the show lost no more advertisers. Likewise, Ingraham objects to the changing racial demographics of The United States. She even urged her audience to vote Republican in the upcoming midterm elections in October 2018.

Ingraham was criticized for making dismissive comments that NBA players LeBron James and Kevin Durant should not opine on politics in February 2018. Likewise, in March 2018, her show was boycotted by 27 sponsors after she ridiculed David Hogg. David is a 17-year-old student survivor of the Stoneman Douglas High School shooting, for supposedly complaining about being rejected by four colleges. Then, in response, David Hogg shared a list of Ingraham’s advertisers and called for a boycott, accusing her of cyberbullying.

Moreover, after several advertisers left the show, Ingraham apologized, which Hogg dismissed as insincere. And, advertising time during the show dropped by as much as 52 percent. Likewise, after Ingraham returned from a vacation following the boycott, her program earned its best ratings ever, spiking 25% in total viewers and seeing an increase of 36% in the key 25–54 age group demographic.

Laura Anne Ingraham condemned China’s “brutal violation of basic human rights” and China’s Xinjiang re-education camps for Muslim ethnic minority groups in August 2019. And, she is also a supporter of Israel, which she called “one of our closest allies”. Also, she criticized Ilhan Omar’s comments about Israel.

Likewise, during the coronavirus pandemic 2020, Ingraham repeatedly pushed for the unproven drug hydroxychloroquine as a treatment for coronavirus disease 2019 (COVID-19). She characterized it as a miracle drug and even booked guests on her show to trumpet the drug. Moreover, Ingraham mocked Centers for Disease Control and Prevention Director Robert R. Redfield after he cautioned against the drug.

However, a study was released that tested the drug on 368 Veterans Affairs patients. It showed that the drug was associated with an increased risk of death, she attacked the study as “shoddy,” “shockingly irresponsible” and “agenda-driven”. And, FDA said that a review of some studies showed that the drugs’ potential benefits in treating COVID-19 did not outweigh the risks. Furthermore, in May 2020, Ingraham criticized the requirements that people wear face masks in public as a way to halt the spread of the coronavirus.

Laura Anne Ingraham was romantically involved with Robert Torricelli. Robert is a former New Jersey Democratic Senator. Later on, she engaged  Indian American author Dinesh D’Souza. But the engagement broke off for unknown reasons. Then, in April 2005, Ingraham announced that she engaged a businessman James V. Reyers. However, in May, she again announced on the radio that the wedding called off. Due to her complications with breast cancer. Moreover, she adopted three children and their names are Maria Caroline, Michael Dmitri, and Nikolai Peter. Also, on April 26, 2005, she underwent surgery for breast cancer. It is possible she is single.

Laura Anne Ingraham has a height of 5 feet 6 inches and her weight is 57 Kg. Likewise, her other body measurements such as her chest size, waist size, and hip size, are 34-25-35 inches respectively. Moreover, Ingraham has blonde hair and green eyes. 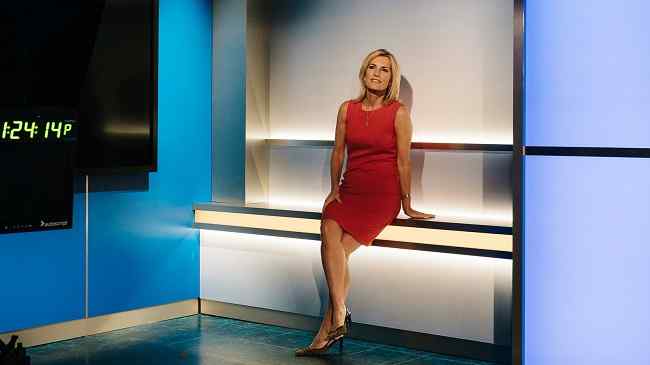 According to celebritynetworth, Ingraham has a net worth of $40 million and her salary per year is $15 million.