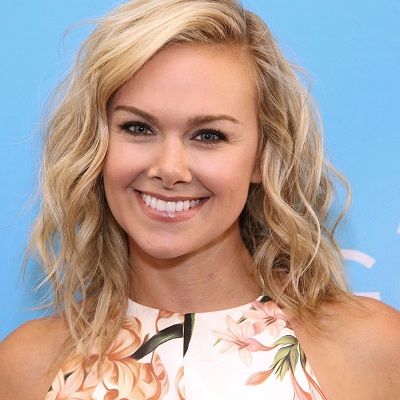 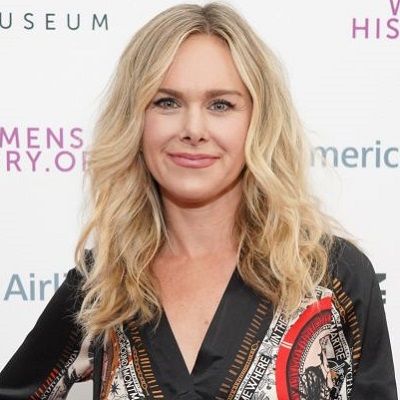 As the world is suffering from COVID-19 in the current situation and the Jumanji actress Laura Bell Bundy has announced her positive result on coronavirus. She is also one of the celebrities who contracted Coronavirus. The Broadway, TV, and movie star, announced this through her social media handle (IGTV) on Wednesday, sharing her experience and symptoms, as well.

Likewise, through her posts, she has also told her fans that she is taking all the nutrient supplements recommended by her doctor. Further, she has also dove fans into the symptoms she experienced, calling them “minor,” which she attributes to “taking care of” herself.

Similarly, she has been quarantined since Thursday, March 12. That day, she had a headache but just assumed it was a normal headache. A few days later, she had a sore throat come and go and began to take some herbs prescribed by her acupuncturist and Chinese medicine doctor.

She started feeling a tightness in her chest and shortness of breath which was also irregular after some days. Over the weekend she had no symptoms at all and thought she was delusional for thinking that she had Coronavirus.  Firstly, she felt she probably had simply suffered acid reflux or allergies. However, it turned out to be a COVID-19 after getting the result on Monday.

Then, the actress also announced holding an Instagram Live session to answer questions about what she’s feeling and taking while fighting the virus. This was quite helpful for her fans to be aware of such things before it happens.

She also expressed that, how she is feeling scary as her husband also has the symptoms but fortunately her son has not shown symptoms. Of course, she is worried about his health. Likewise, she is very unsure of where she contracted the virus. However, before isolating, five days ago, she attended a public event. Nonetheless, she is highly encouraging everybody to stay inside. She also believes that more people have this than they realize and could be carriers.

She also said that everyone can’t get tested and even her husband is not getting tested. So, he will not be counted as someone who has been suffered. She also concerned about other people and pledged to take care of yourselves. Also, she has said not to expose yourself to relatives that are older, friends that are older or anybody. 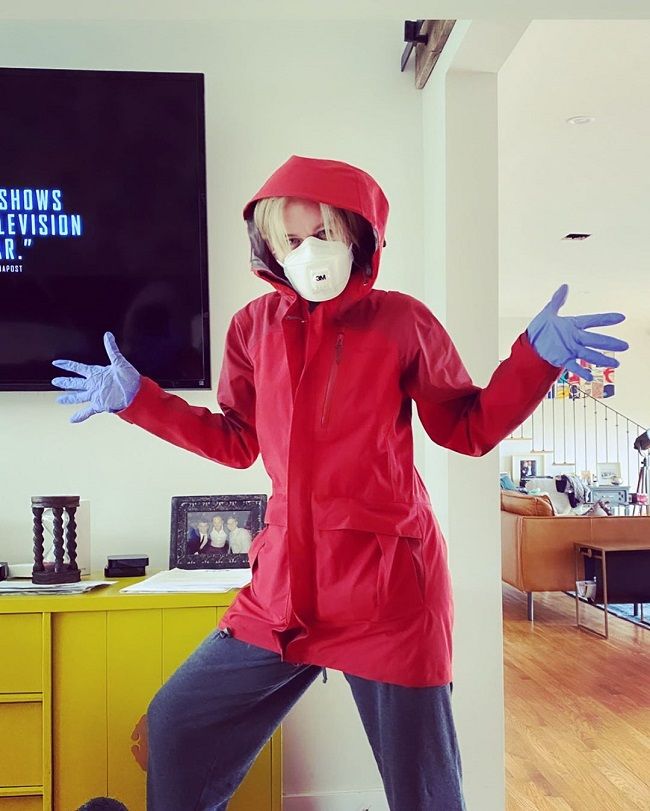 Laura Bell Bundy is 41  years old. She was born on April 10, 1981, in Euclid, Ohio, the United States. She grew up in Lexington, Kentucky. Her mother’s name is Lorna Bundy-Jones who is a Lancome Beauty Advisor at Ulta and her father’s name is Don Bundy who is an electrical engineer. However, her parents divorced in 1997 when she was just 16 years old and both have since remarried.

Likewise, she is the niece of Marcia Malone Bell, Miss Kentucky 1978 and 1979 Top Ten Miss America semifinalist. Further, she has not mentioned her siblings and might be a single child of her parents.

Similarly, she belongs to American nationality but has not mentioned her ethnic background. At 18-years-old, Bundy was diagnosed with celiac disease. When she was just nine years old, she made an appearance in the Radio City Christmas Spectacular in New York City. Bundy appeared in the film Jumanji, playing the younger version of Bonnie Hunt’s character, Sarah Whittle at the age of 14.

Laura Bell Bundy initiated her acting career from a very young age. Likewise, she has played in several films, television, stage, and Country music as well.

In 1992, she played the role of Tina Denmark in the Off-Broadway musical Ruthless! The Musical. For her part, she was also nominated for a 1993 Drama Desk Award for Outstanding Actress in a Musical. At the age of 21, she made her Broadway appearance in the musical Hairspray, portraying the role of Amber Von Tussle. Bundy was playing the role of Glinda next to standby for both Kristin Chenoweth and Jennifer Laura Thompson in Wicked. She completed her series as the standby in August 2004.

From 2007-2008, she appeared on Broadway in Legally Blonde: The Musical where she played the lead role of Reese Witherspoon’s character Elle Woods. After dropping the show in July 2008, she was replaced by Bailey Hanks, the winner of Legally Blonde: The Musical — The Search for Elle Woods. Besides her work in New York City, she has also involved in the national tour of The Sound of Music, at the Paper Mill Playhouse in Millburn, New Jersey and the Los Angeles production of Rock of Ages starring Sherrie. 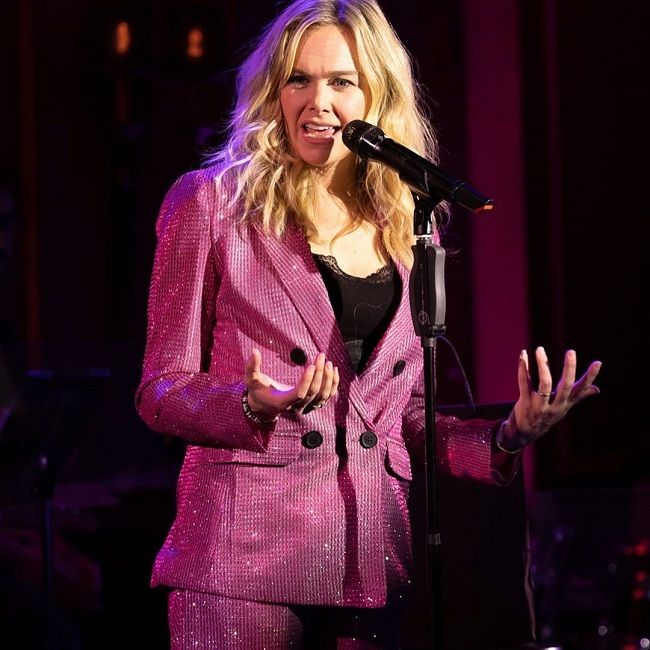 Offstage, Bundy has starred in several films including The Adventures of Huck Finn (1993), Life with Mikey (1993) and Jumanji (1995) as Young Sarah Whittle. She also made an appearance in the 2006 film adaptation of Dreamgirls as a member of the fictitious pop group “Dave and the Sweethearts.” She was observed on the CBS soap opera Guiding Light as Marah Lewis for two years (October 14, 1999 – October 29, 2001). As well as she also worked in television shows such as Veronica Mars,  Strangers with CandyModern Men, Cold Case and Happy Hour.

Likewise, she even appeared in several short web videos as different comedic characters, such as Justice Goode and Shocantelle Brown. She released her first debut country music album titled Longing For a Place Already Gone. After dropping Legally Blonde: The Musical on July 20, 2008, she flew back to Nashville to perform on her second album, Achin’, and Shakin’. She has also guest-starred in the TV series Cold Case alongside the Adam Pascal and Tracie Thoms in the episode “Willkommen.”

Moreover, Bundy was also a judge at the Miss America 2009 pageant. She portrayed the role of Elle Woods in the U.S. national tour of Legally Blonde: The Musical. She played as a temporary replacement for the injured Becky Gulsvig.

Bundy even had a recurring role on the sixth season of CBS’ How I Met Your Mother as Becky, Robin’s co-anchor. She had a recurring role as Shelby on The CW’s Hart of Dixie. Bundy is a spokesperson for Supercuts and appears in their Winter 2012 advertisement campaign. She played a  role as Dr. Jordan Denby on the FX sitcom Anger Management. In 2015, she made an appearance in Becoming Santa (Lifetime) TV movie with Michael Gross and Meredith Baxter.

Concerning Bundy’s country music career, her first single, “Giddy On Up,” debuted on the Billboard Hot Country Songs chart at number 60 for the chart week of February 20, 2010. It topped at number 31 in May. Her single was composed of a music video directed by Shane Drake. She also played the song on the 2010 Academy of Country Music Awards with the style of the music video.

Her next single, “Drop On By,” happened less successful than her debut song, only topping at number 48. Her single “Giddy On Up” also featured on popular dancing video game Just Dance 3. On April 13, 2010, she released her next second album, Achin’ and Shakin’ which debuted at number 5 on the Billboard Top Country Albums chart as well as number 28 on the all-genre Billboard 200.

Similarly, Bundy even performed in fellow country artist Miranda Lambert’s music video for “Only Prettier,” as one of Lambert’s friends beside Kellie Pickler and Hillary Scott of Lady Antebellum. She began as the spokesperson for the Selected Chevrolet Dealers of Middle Tennessee in September 2011. Moreover, she released a new single, “That’s What Angels Do,” as the lead-off to her second studio album, Another Piece of Me, in 2012.

In mid-2013, Bundy contracted with Big Machine Records and released the single “Two Step”, a duet with Colt Ford. It topped at number 59 on the Billboard Country Airplay chart. After many delays, her “Another Piece of Me” was published on June 9, 2015 as a digital-only release via Big Machine. Further, her no singles were issued from the album and she parted ways with Big Machine shortly after its release.

In addition, she is the Ambassador of @womenshistory and co-founder of @doublestandardsorg.

Talented and hardworking actress Laura Bell Bundy has earned many awards and got the nomination. In 2007, she received two nominations for ‘Legally Blonde: The Musical’—a Tony Award nomination in the category Best Performance in a Musical and a Drama Desk Award nomination for Outstanding Actress in a Musical.

In 2010, she also gained nominations for her debut single ‘Giddy On Up’—CMT Music Awards and American Country Award as well.

Speaking on Laura Bell Bundy’s earning she has earned a decent sum of money through her work. She is living a lavish lifestyle along with her family with her good fortune earned throughout her career. However, she has not disclosed his exact net worth and annual salary.

What is the relationship status of Laura Bell Bundy? Who is her husband?

Reflecting on Laura Bell Bundy’s relationship status, she is a married woman. She married Tom Hinkle on June 3, 2017, in Arcadia, California. He is a TBS executive. The duo married each other after dating four years. However, she had announced her engagement in December 2015.

On February 25, 2019, she announced about her pregnancy with her first child. Then she gave birth to her son in May 2019. She is very happy and blissful to be together and there is no sign of divorce any time soon. 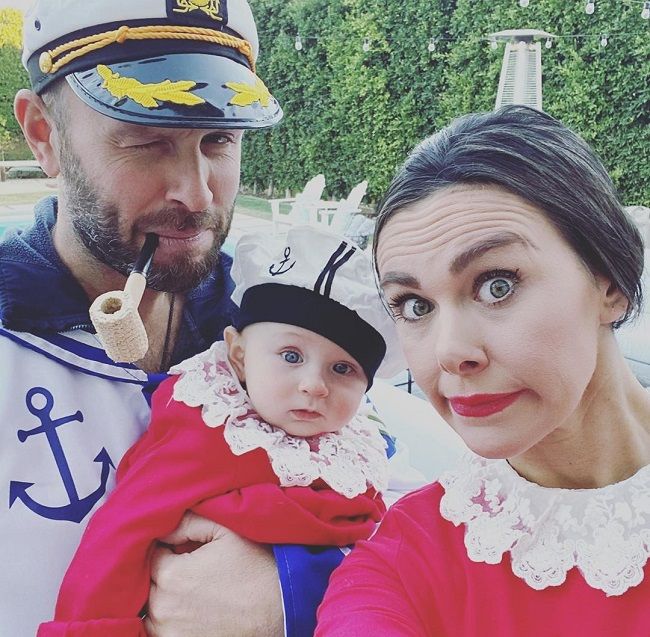 Beautiful Laura Bell Bundy has a good height that stands 5 feet 3 inches and weighs around 54 kg. Likewise, she has a pair of attractive green eyes with blonde hair color. She has a charming smile with an amazing personality. 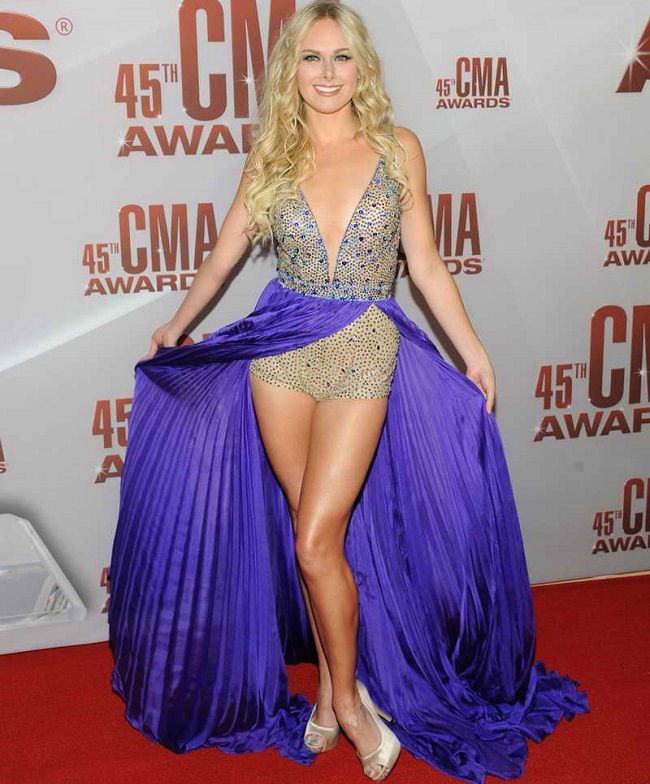