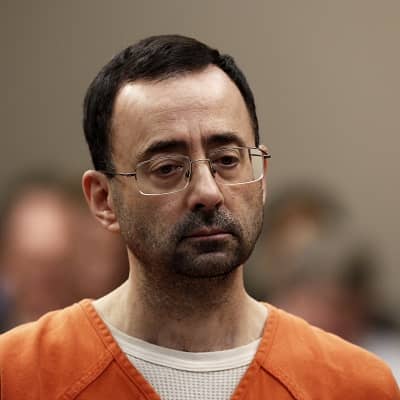 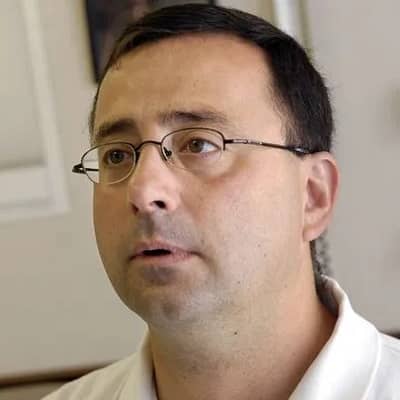 Larry Nassar was born on August 16, 1963, in Farmington Hills, Michigan, United States. Nassar’s age is 59 years old as of 2022 and Nassar is a naturalized American citizen who practices Christianity.

Similarly, his birth name is Lawrence Gerard Nassar and his birth sign is Leo. Larry Nassar was born to Fred Nassar and Mary Nassar into a Lebanese family. His brother’s name is Mike.

Talking about his educational background, Nassar attended North Farmington High School and graduated in 1981. He received his bachelor’s degree in kinesiology from the University of Michigan in 1985.

Lawrence Nassar is a former physician from the United States who has earned a considerable income from his work. Nassar’s estimated net worth is around $1 million. Also, Nassar’s used to receive an annual salary of $250k per year.

Nassar completed his family practice residency at St. Lawrence Hospital before moving on to a fellowship in sports medicine in 1997.

Nassar is listed as a co-author on at least six gymnastics injury treatment research papers. Similarly, I n 1986, Nassar started working as an athletic trainer for the USA Gymnastics national team. Likewise, I n 1988, he started working at Twistars, a gymnastics training club, with John Geddert.

In 1996, Nassar began working as a team doctor at Holt High School. From 1996 to 2014, he served as the national medical coordinator for USA Gymnastics. In February 2017, three former gymnasts, Jeanette Antolin, Jessica Howard, and Jamie Dantzscher, told 60 Minutes that Nassar had sexually abused them.

However, they also claimed that Nassar took advantage of the gymnasts and made them afraid to speak up about the abuse because of the “emotionally abusive environment”.

In addition, Rachael Denhollander, one of the first women to accuse Nassar publicly, said in court in May 2017 that Nassar had sexually abused her. Similarly, Nassar was indicted on several state charges of “sexual assault of a child” from 1998 to 2005 on November 22, 2016. 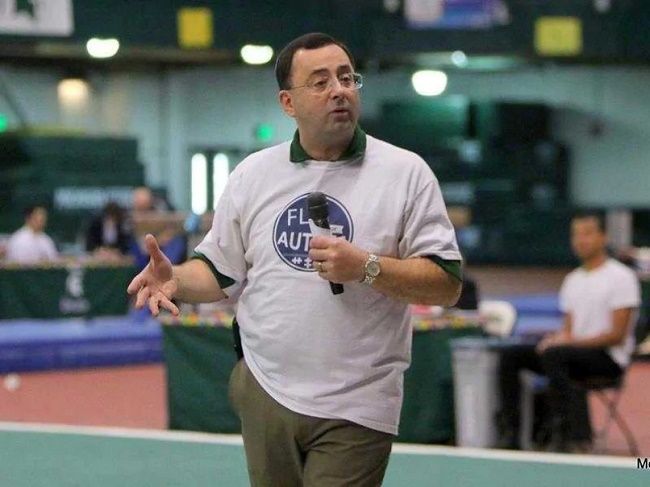 Also, he was charged with 22 counts of first-degree criminal sexual conduct with minors, fifteen in Ingham County and seven in neighboring Eaton County.

According to the allegations, Nassar molested seven girls while pretending to provide legitimate medical treatment at his home and a clinic on the MSU campus.

However, on July 18, 2018, more than 140 victims of Nassar’s abuse took the stage together at the Microsoft Theater in Los Angeles, California, to accept the Arthur Ashe Award for Courage at the ESPY Awards ceremony in 2018.

Nassar has not endorsed any brand, nor has he promoted anything, nor has he been seen in any brand collaborations.

Nassar has not been associated with or won any kind of awards and hasn’t received any prestigious title yet.

Nassar was married to his wife, Stefanie, and the couple had three children Katelyn Nassar, Ryan Nassar, and Caroline Nassar.

However, after he was arrested on suspicion of sex crimes, the couple divorced. Later, his wife was granted full custody of their three children in July 2017.

Among his victims were several Olympic and US women’s national gymnastics team gymnasts. However, on December 7, 2017, Larry Nassar was sentenced to 60 years in federal prison after pleading guilty to child pornography and tampering with evidence charges on July 11, 2017.

Moreover, Nassar was sentenced to an additional 40 to 175 years in Michigan State prison on January 24, 2018, after pleading guilty in Ingham County to seven counts of sexual assault on minors.

He was sentenced to an additional 40 to 125 years in Michigan State prison on February 5, 2018. According to the judge in charge of the federal case, his state prison sentence will run concurrently with his federal sentence, resulting in a de facto life sentence without the possibility of parole. 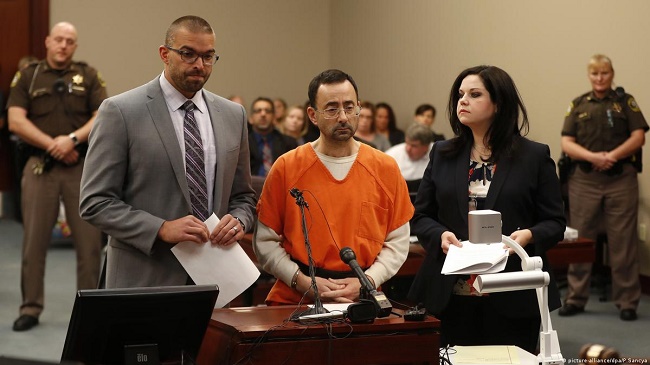 Caption: Larry Nassar with the lawyers in court. Source: DW

Talking about Nassar’s height he is 5 Feet 6 inches tall and weighs 65kg. Moreover, Nassar’s eye color is hazel brown and his hair color is black. Also, Nassar’s shoe size is 8(US). 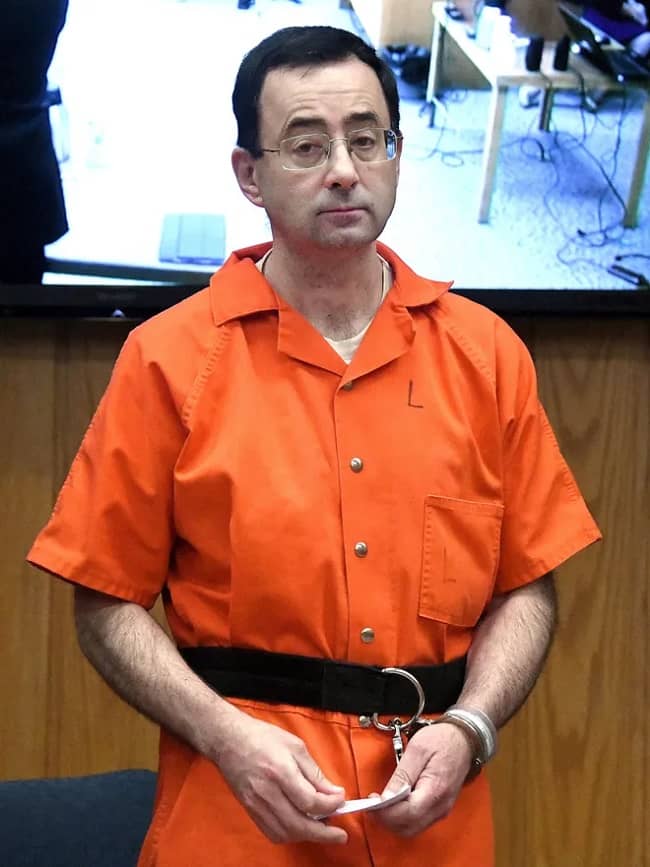 Larry Nassar is not available on any social media sites including Facebook, Twitter, and Instagram. However, there is some fake Nassar profile some of which have been suspended.