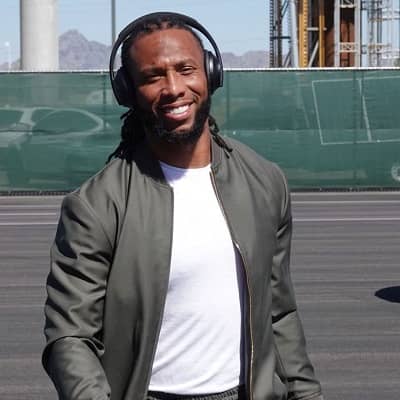 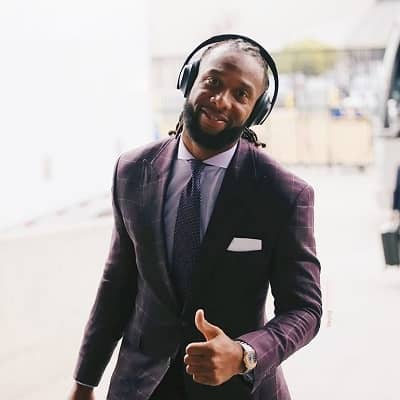 Larry Fitzgerald whose name is Larry Darnell Fitzgerald Jr. was born on 31st August 1983 and is currently 38 years old. Being born at end of August, his zodiac sign is Virgo. Likewise, he was born in Minneapolis, Minnesota, United States of America, and holds American citizenship. Similarly, talking about his ethnicity and religion, he belongs to the African American ethnic group and follows Christianity. Moving on to his family background, he is the son of Larry Fitzgerald Sr. and Carol Fitzgerald. His father Larry Fitzgerald Sr. was a Minnesota Spokesman-Recorder sportswriter and also the first reporter to cover his son in a ‘Super Bowl’.

Unfortunately, his mother Carol died due to a brain hemorrhage in the year 2003 while undergoing breast cancer treatment. Moreover, after her death, he made the ‘Carol Fitzgerald Memorial Fund’ in her honor. Furthermore, talking about his educational background, he went to the Academy of Holy Angels in Richfield, Minnesota. Followed by this, he went to the University of Pittsburgh.

Larry started playing in his college days. Likewise, he played with the intercollegiate football team of the University of Pittsburgh popular as the ‘Pittsburgh Panthers’ during his college years. After this, from 2002 to 2003, he became popular as the best wide receiver in college football. Similarly, he has shown impressive performance right from his freshman season in the year 2002. Likewise, he became qualified for a bowl game during Copper Bowl he made 5 receptions for 88 yards and 1 touchdown. Similarly, he finished the season with 69 receptions for 1,005 yards and 12 touchdowns.

Followed by this, in the year 2003, he made a fantastic sophomore season scoring 92 receptions for 1,672 yards and 22 touchdowns, leading the ‘Big East’ conference. Similarly, he also won Walter Camp Award, Chic Harley Award, Paul Warfield Award, and Biletnikoff Award in the year 2003 apart from making to All-America selection in the year 2003. Likewise, he also became the runner-up in the ‘Heisman Trophy’. Similarly, he made 34 touchdowns in the 26 games he played for ‘Pitt’ during two seasons a new record for the team. Likewise, he also made the history of becoming the first player of the school with two successive 1,000-yard receiving seasons. 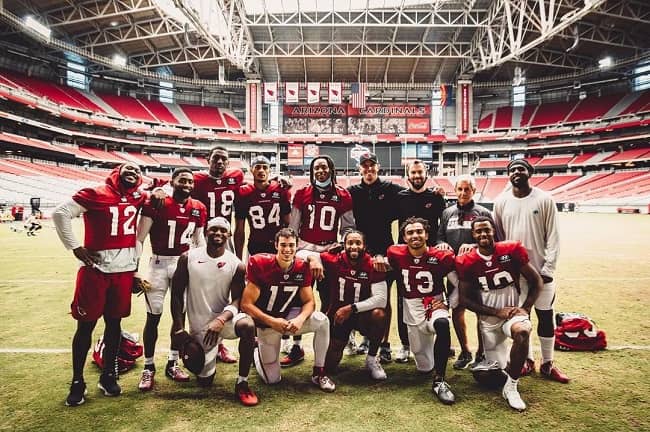 Likewise, during the 2004 NFL draft, he became third overall by Arizona Cardinals’. Similarly, he made his NFL debut on 12th September 2004 against ‘St. Louis Rams’. He became the youngest player at the age of 21 scorings at least two touchdown receptions in a single game in a match with ‘St. Louis Rams’ on 19th December 2004. Moreover, he made 103 receptions for 1,409 yards and 10 touchdowns during the 2005 NFL season and became NFL’s all-star game for the 2005 season and the 2006 Pro Bowl making his first Pro-Bowl.

Moreover, his three touchdown reception in a playoff game in NFL Championship for the year 2008 was a tie for the NFL record. He became the first player in the history of the NFL to make succeed during the conference championship games. Likewise, the Cardinals as the National Football Conference champions faced the American Football Conference champions at the Super Bowl XLIII on 1st February 2009. He made a single post-season record with 546 receiving yards, 30 receptions, and 7 touchdown receptions. He made a remarkable performance in the NFL’s all-star game for the 2008 season, in the 2009 Pro Bowl on 8th February 2009.

Similarly, he made two more touchdown passes in the game where the NFC defeated AFC, 30-21. He became the ‘MVP’ honor and became First-team All-Pro for the 2008 season. Likewise, in the 2009 season, his performance was 97 receptions for 1,092 yards and 13 touchdowns making it his third consecutive Pro Bowl. Moreover, on 20th August 2011, the Cardinals made an 8-year contract with him of around $120 million tying him with Richard Seymour as the NFL’s fifth highest-paid player. Similarly, after this, he became ‘NFC Offensive Player of the Week’ after having 7 receptions for 146 yards and 2 touchdowns with ‘Philadelphia Eagles’ on 13th November 2011.

Moreover, ‘Cardinals’ again made a one-year contract with him of around $11 million on 5th August 2016. In this, he made a finishing of 107 receptions for 1,023 yards and 6 touchdowns getting 3rd position on the all-time career reception list. Likewise, he again made a one-year contract with the Cardinals for the 2018 season on 17th November 2017.

Besides his career in sports, Larry also made the ‘Larry Fitzgerald First Down Fund’ to help kids and their families to fund positive activities for kids during the summer and throughout the year. This organization supports kids and families in crisis and supports health-related organizations working with families. Likewise, one initiative is the ‘First Down Fund’ which holds youth football camps in Arizona and Minnesota each summer. Similarly, in May 2014 in collaboration with Lenovo, they provided Lenovo tablets to five schools in Minneapolis and four schools in Phoenix.

He made First Down Fund to the Minneapolis Park and Recreation to help refurbish a baseball court at Rev Dr. Martin Luther King Jr Park. Similarly, they also gave the court new hoops, poles, backboards, and benches. Besides this, he also made the ‘Carol Fitzgerald Memorial Fund’ in honor of his mother. This organization supports educating urban youth about HIV/AIDS and the breast cancer issue. Likewise, in 2014, he became ‘Henry P. Iba Citizen Athlete Male Recipient’ which is a recognition of influential male and female premier athletes.

Larry is an athlete whose primary source of income is his sports career. Likewise, he has been making impressive fame and a decent amount of earnings from his career. Similarly, he has a net worth of around $50 million.

Regarding his relationship status, Larry is straight and single. He was in a relationship with former Oakland Raiders cheerleader Angela Nazario. However, in 2008, there was a case by Nazario for him with a charge of domestic violence. According to sources, he has two sons. Moreover, he had also dated a model Melissa Blakesley previously. His personality and tall height have attracted lots of fans toward him. 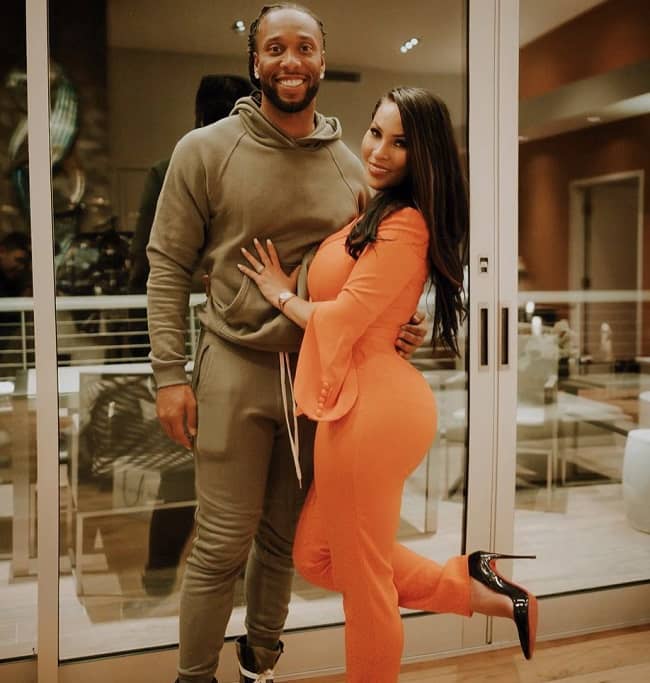 This fit athlete stands 6 feet 3 inches (75 inches) tall and weighs around 99 kg (218 lbs). Likewise, he has a fit body type being an athlete. However, his body measurement details are not yet available in the media. Looking at his physical appearance, he has a dark skin type with black hair and dark brown pair of eyes.