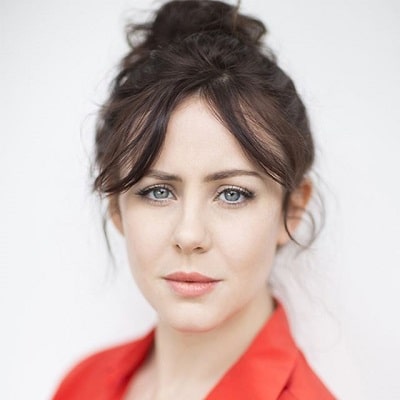 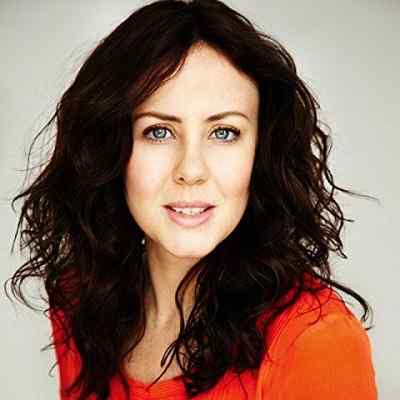 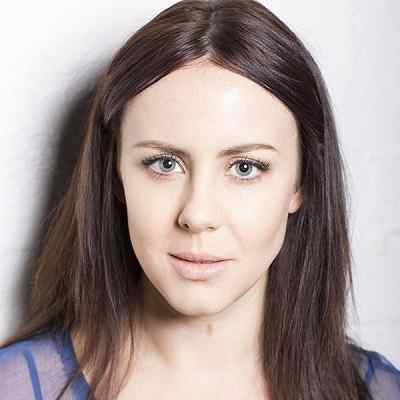 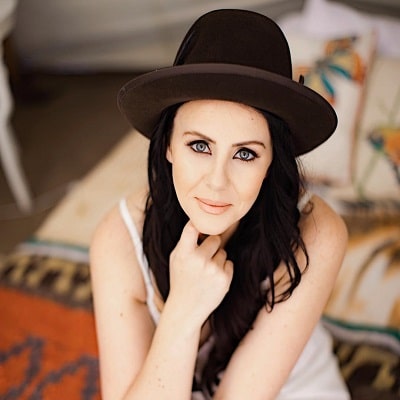 Lara Jean Marshall was born on 30 July 1988 and her current age is 32 years. She is originally from London, England, UK, and her zodiac sign is Leo. Though born in London, her nationality is Australian. Talking about her family, Jean has not disclosed the identities of her parents and siblings and also has yet to share other family details.

However, she has shared numerous photos of her siblings, mother, and other family members on her Instagram account. Further, she has a cat called Gladiator, 2 dogs called Elvis and Priscilla, and a guinea pig called Twinkletoes. 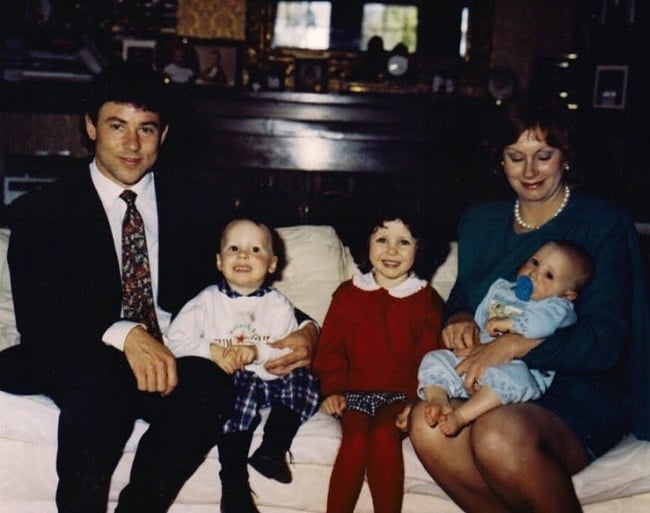 Caption: Lara Jean Marshall in a childhood photograph with her family. Source: Instagram

Lara Jean Marshall grew up in Mount Eliza, Victoria. There, she attended Toorak College during her schooling years and graduated in the year 2006. It is the same college from where actress Jessica Featherby graduated the same year as Lara Jean.

Then in 2012, she took short courses at Ward Acting Studio in Melbourne. The next year, she trained in New York City at Susan Batson’s studio and the American Academy of Dramatic Arts.

Lara Jean Marshall was only four years old when her parents took her to see a stage production. She reportedly became so enthralled that she refused to leave the theatre after the play’s conclusion. Since then, she has remained infatuated with acting.

She then earned her first stage role at the age of seven in a minor part as the lamb in a Kidz for Kidz production of Charlotte’s Web. She later started singing and dancing in Babes in Toyland for the People’s Playhouse. Things began to look bright for Jean when she was chosen as Young Eponine in Les Misérables. It was for Cameron Mackintosh’s 10th Anniversary presentation of the classic in Melbourne. 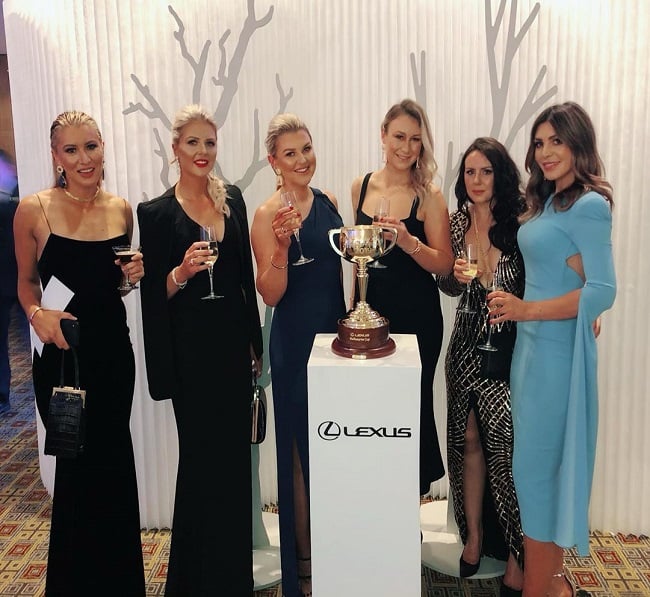 Moreover, Jean Marshall was cast as Lisa Atwood #1 in The Saddle Club in the year 2000. It is a television series based on a series of books written by Bonnie Bryant. This series was first shown in 2001 and it has enjoyed significant success.

This series was also renewed for a second and third season. During this time, it added various new characters and dilemmas for the girls to interact with and overcome. The Saddle Club has earned much of its international success from its ability to draw in a fan base with a diverse age range.

During the show’s sporadic run, Jean Marshall has released five albums with her co-stars. Those co-stars are Sophie Bennett who played Stevie Lake in the series and Keenan MacWilliam who played Carole Hanson. The album was under the name The Saddle Club.

Likewise, all of those albums have made the Australian charts with three earning “Gold” status. They have also released a number of singles under the same name with notable hits. The Saddle Club is still broadcasted on Popgirl and Horse Racing TV. The Saddle Club was on Discovery Kids until the channel shut down and became The Hub.

Moreover, they cast different people for the 3rd season since the original ones were too old for their roles. They launched the third season in fall 2008. The whole Saddle Club cast are close and they have sleepovers on the weekends and sends each other birthday presents when they’re overseas. 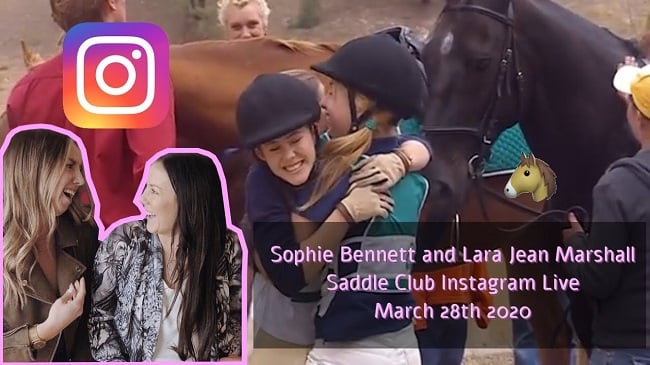 Jean Marshall and other cast members performed The Saddle Club Arena Show on horseback during the “Sydney Royal Easter Show” in the year 2004. They performed it at the Sydney SuperDome to crowds of over 7000 people.

Moreover, Jean Marshall has also appeared in a variety of other projects, including The Doctor Blake Mysteries, alongside Craig McLaughlan; Penny, with Steph Dunbar and Jason Agius; and We Were Tomorrow, with Tim Pocock and Alicia Banit. Her other projects include movies and TV shows like Waiting at the Royal, Any Moment Now, Les Misérables, etc.

Moving on, Jean has a net worth estimation of approximately $1 million to $5 million dollars. She most probably earns through her acting projects, partnerships, advertisements, modeling, etc.

There is no verified information about whether Lara Jean Marshall is single at present or is in a romantic relationship with someone. It might be that she is maintaining privacy and keeping her relationship status and love affairs hidden from the public. Or it might also be the case that she is actually single at present and is more focused on strengthening her acting career.

Nevertheless, Jean Marshall has not shared much information regarding this issue. She has also not shared any social media posts that might indicate her current relationships or affairs.

Moreover, Jean Marshall has maintained a clean public profile that is away from rumors, scandals, and controversies that might hamper her professional career and personal life. Nevertheless, she is sure to attract many lovers in her future through her beauty, talent, humor, and charms. 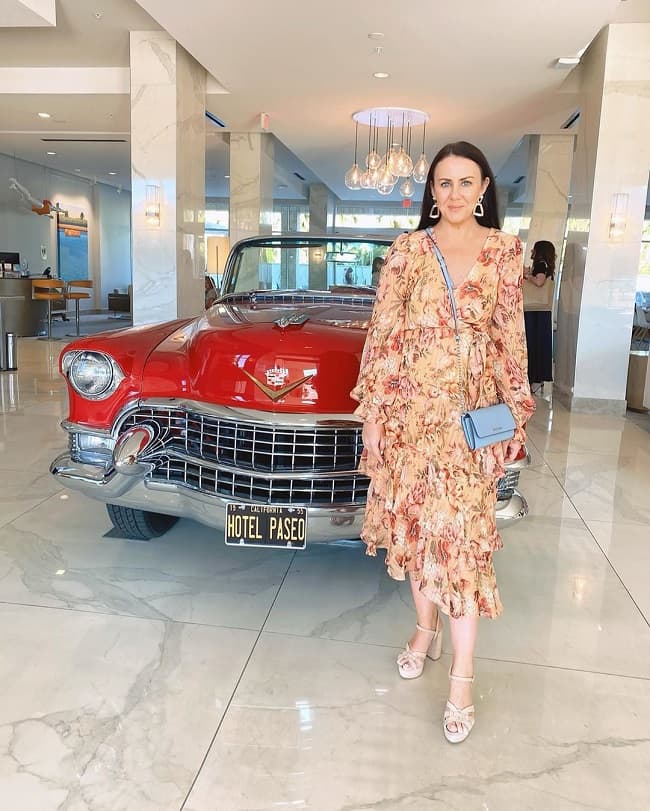 Caption: Lara Jean Marshall posing for a photo in front of her dream car. Source: Instagram

Lara Jean Marshall stands tall at a height of approximately 1.6 meters or 5 feet 3 inches. Other than this, there is no information about her other body measurement details including her weight, chest-waist-hip measures, dress size, shoe size, etc. Likewise, Jean has beautiful blue eyes and brown hair color.

Jean Marshall is available on Instagram under the username @larajean_marshall. This account boasts 594 posts shares and 14.4k followers at the time of writing this biography. Other than this, she doesn’t seem to have her personal accounts on other social media platforms including Twitter, Facebook, Youtube, Tiktok, etc.