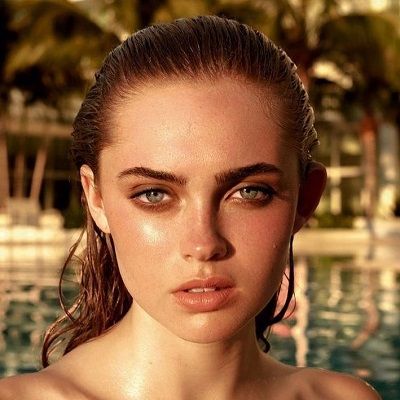 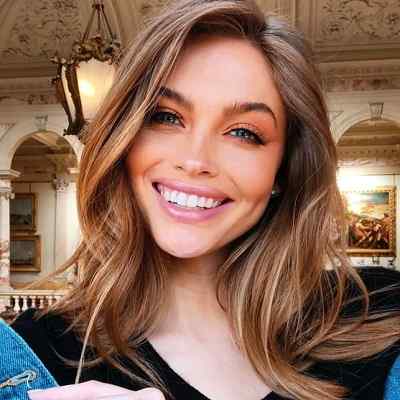 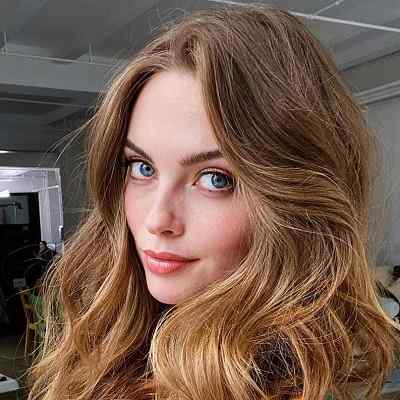 Lani Baker is an American Model. Lani Baker is also a social media personality who gained fame and recognition through her Instagram posts. She has also branched out to other media platforms like Youtube and Tiktok among others.

Lani Bakwas ers born on 19 May 1999 and she celebrates her 23rd birthday in 2022. Similarly, her full name is Lani Lynn Baker and she is originally from Oklahoma. However, she currently lives in Los Angeles, California. Talking about his family, Lani has two siblings brothers namely Cash and Maverick Baker. Her siblings are also Tiktok content creators. Cash Baker is popular for fandubs and lip-syncs videos alongside being a motocross athlete.

Other than this, there is no additional information regarding her parents and educational background. However, considering her age, we can assume that she might be attending a college for her bachelor’s degree unless she decided to prioritize her career and take a break from her studies. Moreover, she has also occasionally shared her parents’ photos on her Instagram. 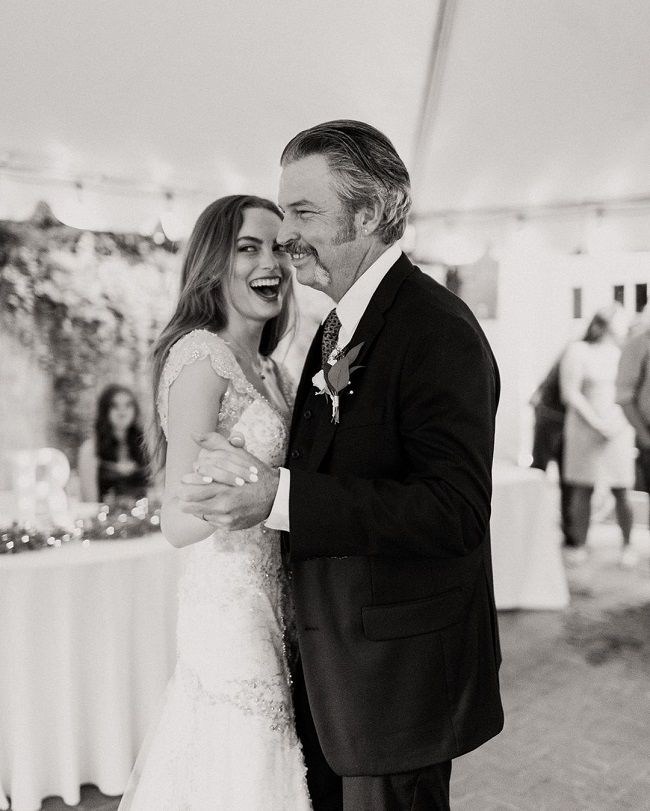 Caption: Lani Baker dancing with her dad at her wedding. Source: Instagram

Professionally, Lani is a model and blogger. She is also a social media personality who gained fame for modeling for brands like Exit Peru, Neiman Marcus, and Caycee Black among many others. Lani also became a model on NBC’s Deal or No Deal. Moreover, she signed with LA Models, the Kim Dawson Agency, and Elite Miami. Lani also often posts to her blog The Model Diet. She has over 470,000 followers on her @heyitslanilynn Instagram handle.

Lani joined Instagram in 2015 and started sharing photos on this account in September of the same year. She gained much attention and popularity for her gorgeous photos. More precisely, Lani shared a photo of herself on the runway for the brand Caycee Black. She uploaded this particular photo on 21 September 2016 and it soon gained her several likes and comments. After this, she continued sharing more and more of her modeling photos.

Moreover, on 20 June 2017, Lani Baker shared a video in which she showcased her vocal skills. She shared herself singing one of her all-time favorite songs by Michael Jackson. This particular video became an instant success and garnered thousands of views. In the following months, Lani began posting regularly on Instagram, gathering a loyal following. Her content primarily consists of her pictures and photographs with her friends.

Additionally, Lani Baker has been modeling for the past few years. However, it was only in early 2018 that she became really serious about it. She packed her bags and moved to Los Angeles to pursue better modeling opportunities.

Likewise, Lani also said once that she would travel to foreign countries to film for TV shows and movies. She would also travel making more beautiful friends. Moreover, she also posted a video of herself singing songs by Elvis Presley back in 2012. 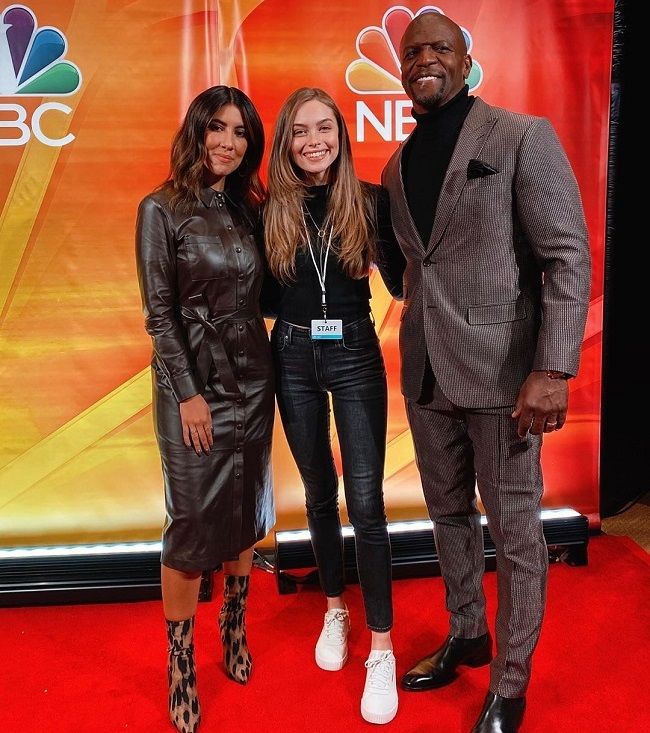 Lani Baker created her self-titled Youtube channel on 28 July 2012. So far, this channel has earned 39.4K subscribers and 161,710 views since its creation. Lani loves creating content about her exciting journeys to foreign places and sharing fun stories and experiences along the way.

Lani also shares videos on life “behind the scenes” of her work-related adventures. It includes spending time in newlywed bliss with her husband, writing and producing short films alongside him, and searching for the nearest place to buy a can of soda- preferably Pepsi. While Lani is keen on anything to do with fashion, style, and the latest trend, she grew up in Northeastern Oklahoma and hence she isn’t afraid to get a little dirt on her shoes.

Moreover, the oldest video on her channel is I can’t help falling in love with you – Elvis Presley cover. She uploaded this video on 1 August 2017 and it has gained 147k followers.

Lani Baker officially tied the knot with Garret Randol on 4th August 2019. The couple began dating earlier the same year and Garret proposed to her in the beautiful Moraine Lake in July 2019. Lani shared the first photo of her engagement ring on Instagram on 16 July 2019. The lovers often share each other’s photos on their respective social media accounts. Further, Garret Randol is a photographer.

Before Garret, Lani was in a relationship with Nate Norell in past. At present, Lani has not been in any rumors, scandals, or controversies that might hamper her professional career and personal life. She has also maintained a clean public profile. 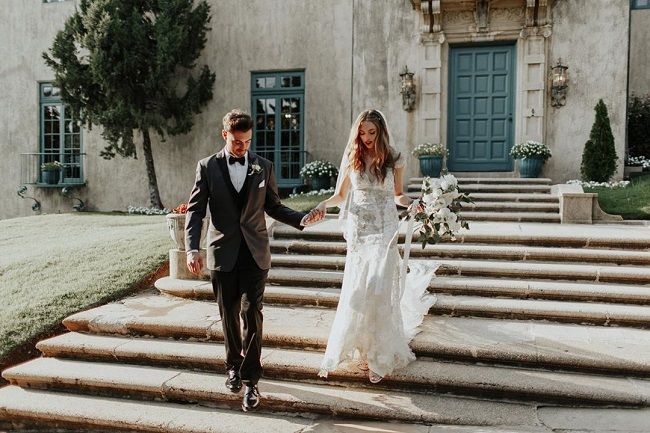 Caption: Lani Baker with her husband Garret Randol at their wedding on 4th August 2019. Source: Instagram

Talking about her social media presence, Lani’s Instagram account boasts 490 post shares, and 429k followers as of May 2020. Similarly, she is also available on Tiktok with 4.8 million followers and 92.8 million hearts. Her Youtube channel has had 39.2K subscribers and 161,710 views since its creation on 28 July 2012. We can also contact her at [email protected] for more inquiries.

Moving on, Lani has a net worth estimation of 500,000 dollars. She primarily earns through her modeling career and also through her social media involvement among others.