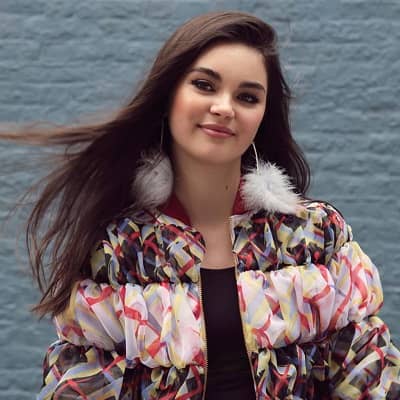 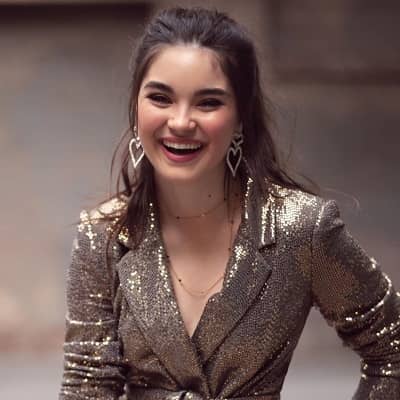 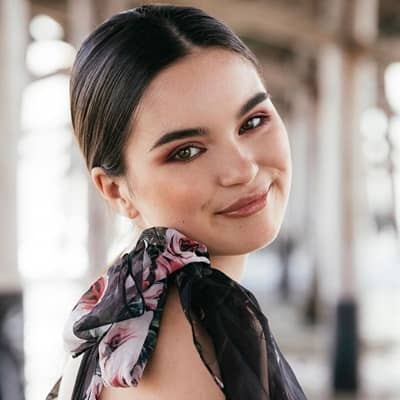 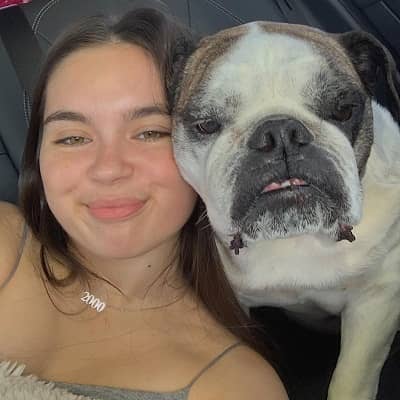 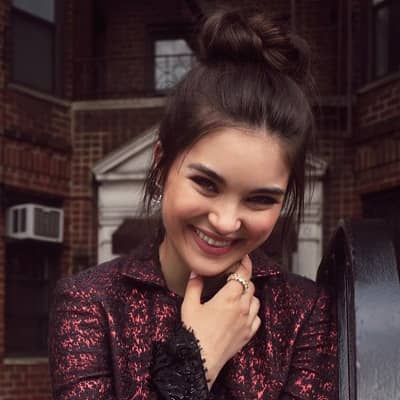 Landry Bender is a young American actress. Landry Bender is best known for her roles in films and series including “Fuller House”, “The Sitter”, “Crash & Bernstein”, “Best Friends Whenever”, and “Looking For Alaska” among many others.

Landry Bender was born on August 3, 2000, and she is currently 22 years old. She hails from Chicago, Illinois. But later moved to Phoenix, Arizona when she was just two years old. However, her family moved to Los Angeles later on. Likewise, her zodiac sign is Leo. Similarly, while filming The Sitter, she got an English bulldog named Blithe. She named her pet after her character in the movie.

Talking about her family, her parents are her mother Amy, and her father Trey. Both of her parents are sports announcers. She is an only child and hence she has no siblings. Further, she has not shared any insights into her educational journey. But at her age, we can assume that she might be a Bachelor’s level college student unless she decided to take a break or discontinue her studies to focus on her professional career. But she did share a photo with her parents at her high school graduation in May 2018. 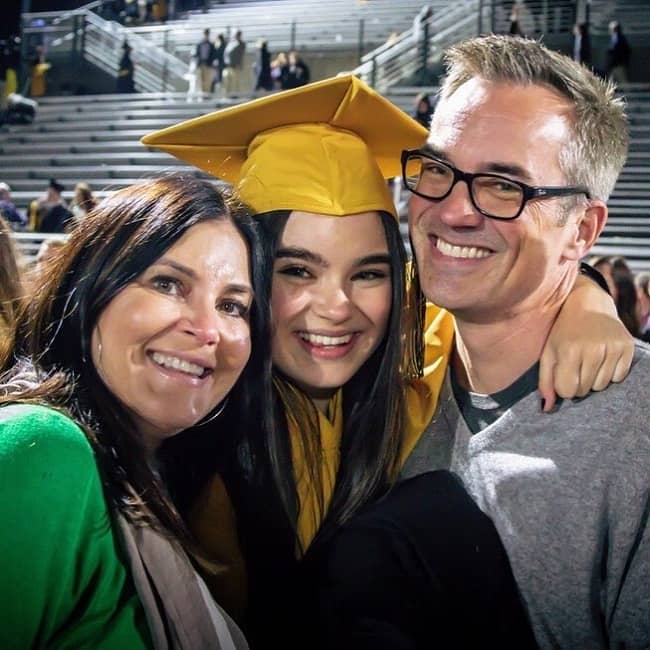 Caption: Landry Bender posing for a photo with her parents on her high school graduation in 2018. Source: Instagram

This veteran actress has earned a hefty sum of earnings throughout her acting career. Moving on, she has a net worth estimation of approximately 1.5 million dollars.

Professionally, Landry Bender is an actress. She has appeared in several movies and TV series including Disney’s popular TV series Crash & Bernstein, Best Friends Whenever, Netflix’s Fuller House, The Sitter, Council of Dads, Jake and the Never Land Pirates, Liv and Maddie, etc.

While watching Annie with her mother when it was on tour, Bender was fascinated by the overall production. Eventually, she started acting in plays at her local community theatre. Technically, her acting career began at the age of five when she acted in theatre productions of ‘The Sound of Music, ‘Beauty and the Beast’ and ‘Annie’.

Since then, she played the role of Cleo Bernstein in Crash & Bernstein; as Cyd Ripley on the series Best Friends Whenever as well as in an episode of Liv and Maddie; as Rocki on Fuller House. She also played the main character Sara in Looking for Alaska. It is a teen drama series based on the 2005 novel of the same name by novelist John Gree.

Moreover, she had her first experience in a feature film by appearing in The Sitter in the year 2011. This film also stars Jonah Hill and who played the role of Blithe Pedulla. Further, she also appeared on Teens Wanna Know in 2013. Similarly, both she and Oana Gregory were on the TV show Crash & Bernstein.

Moreover, she loves to travel, shop, and blog about fashion when she is not acting. She is also an avid fashionista and a lover of everything related to fashion. Hence, she hopes that one day she can start or do something in this field.

Bender also enjoys singing and playing the guitar. She visits Phoenix four to five times a year to see her closest friends and spend time with them. She also loves editing and making her movies using iMovie and her favorite movies are ‘The Sound of Music and ‘Back to the Future Part II.’ She also loves visiting Disney World and Disneyland where her favorite rides are Rock ‘n’ Roller Coaster and California Screamin.’

As a person, she is very positive and always tells her fans and audience to love themselves and have a lot of confidence. This positivity and maturity make her fans love her even more. This also makes the fans feel closer to her as they find her very relatable.

Some of her favorite actors of all time are Betty White since she was her age when Betty started acting and has maintained her longevity. She is also a huge fan of Audrey Hepburn because she is very classy and iconic. Last but not the least, Lin-Manuel Miranda is her biggest inspiration and ‘Hamilton’ is her most favorite Broadway play. 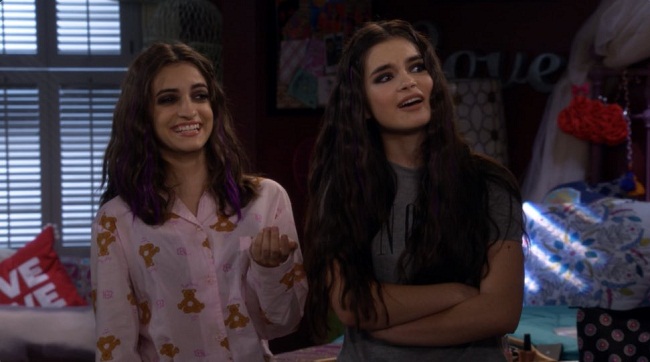 There is no verified information about whether Landry Bender is currently single or in a romantic relationship with someone. It might be that she is maintaining privacy and keeping her relationship status and love affairs hidden from the public. Or it might also be the case that she is single at present and is more focused on strengthening her acting career.

Nevertheless, she has not shared much information regarding this issue. Bender has also not shared any social media posts that might indicate her current relationships or affairs.

Moreover, she has maintained a clean public profile away from rumors, scandals, and controversies that might hamper her professional career and personal life. Nevertheless, Bender will surely attract many lovers in the future through her beauty, talent, humor, and charms.

Landry Bender stands tall at a height of approximately 1.6 meters or 5′ 3″. Likewise, their weight is around 54 kg and her chest-waist-hip measures are ‎30A-25-35 inches respectively. Further, she has brown hair and eyes of the same color. 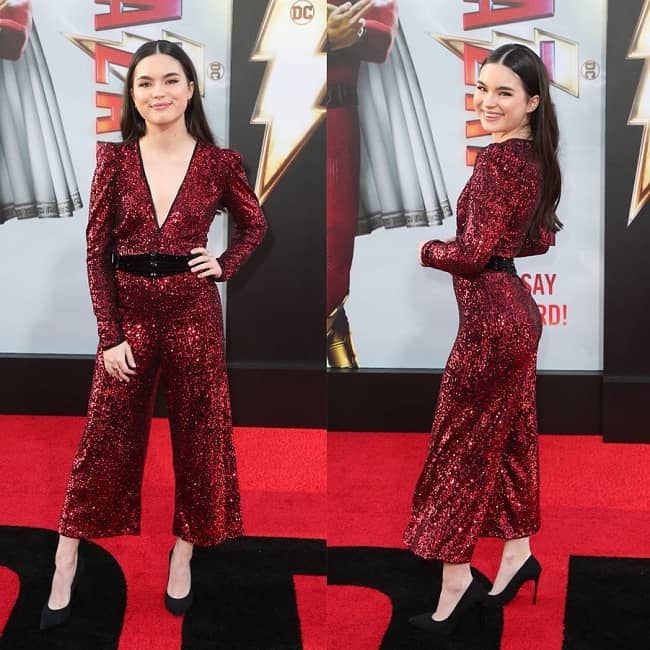 Caption: Landry Bender posing for a photo at an event. Source: Instagram

Talking about her social media presence, Landry Bender joined Twitter in June 2011 and so far has over 53.6K followers on her @landrybender account. Likewise, she goes by @landrybender Instagram and he account boasts 520 post shares and 1.3 million followers at the time of writing this biography. She also has an official Facebook page. She created it on May 17, 2012, and so far has over 316.6k people following her journey. She also goes by @landryebender on Snapchat.