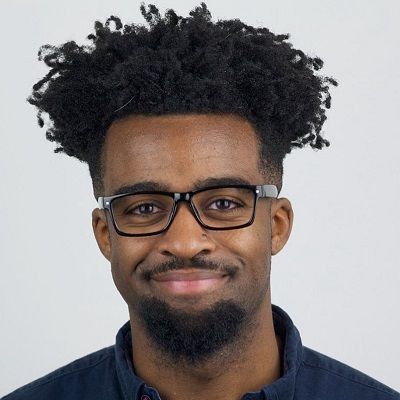 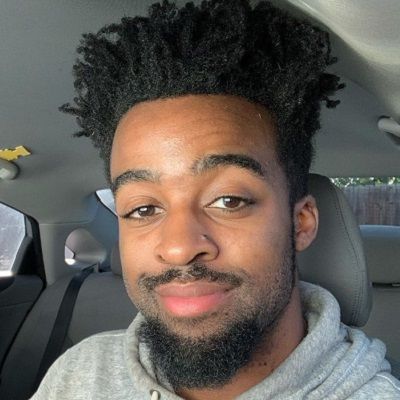 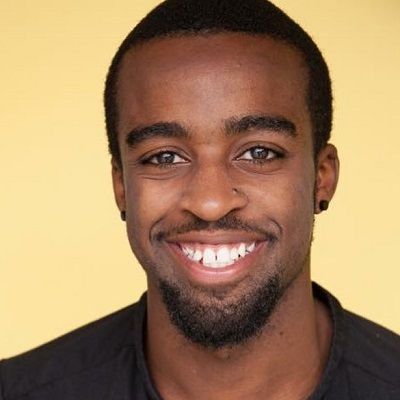 Landon Moss is an American Instagram star, former Vine star, YouTuber, actor, and social media personality. Landon Moss has gained popularity for his comedic sketches which he posts on his social media accounts.

American social media personality, Landon Moss was born on March 31, 1995, in Alexandria, Virginia, USA. He is currently 27 years old. His father is a sports coach while his mother is an active military employee in the US Army.

At some point, his parents divorced and his mother has recently remarried. He has two siblings, a brother named Randy and a sister named Gaby.

He attended TC Williams High School in Alexandria, Virginia, where he was involved in their football program as well as their basketball program.

Moss later enrolled at the Coastal Carolina University in Conway, South Carolina to play as a wide receiver on a football scholarship. However, he dropped out in 2014.

He did not initially tell his mother, who was on a humanitarian mission in Africa at the time.

When he moved to Los Angeles, California, his mother told him that she had already assumed the truth but she did not ask him about it as she wanted to see how long it would take for him to tell her. 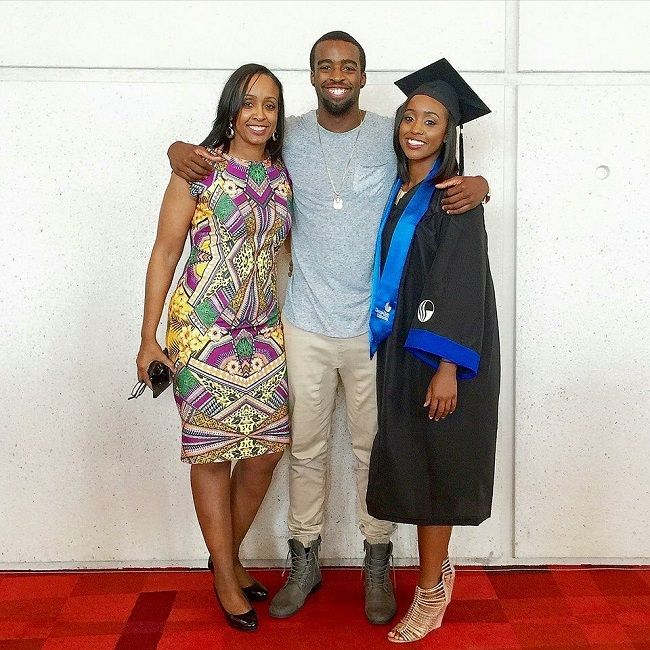 Caption: Landon Moss clicking a picture with his mom and sister. Source: Instagram

He is pretty active on different social media platforms. Landon Moss has earned more than 285K followers on his Instagram account. He is also active on Twitter with more than 89.5K followers under the username ‘@_LandonMoss’.

Likewise, he is available on Facebook where he has amassed over 173K followers. His self-titled YouTube channel has earned over 21.5K subscribers.

Landon has been incredibly skilled in using technology since he was a child. Furthermore, he has always loved making people laugh. He got the opportunity to combine the two when he set up his account on Vine.

At the time, he was a high school senior. As the basketball and football seasons were over, he would return home right after school.

He noticed that one of his friends from Kansas was uploading plenty of content on Vine. This provoked his interest and after he started uploading videos on the app, it gradually became a self-described addiction.

Initially, he thought it would just be a hobby, something to share with his friends.

He posted a video after American singer Ray J released his track, ‘I Hit It First, which is presumably about his past relationship with reality star Kim Kardashian. Moss’ video went viral, garnering him a considerable number of followers.

In time, he became one of the biggest stars on the platform with over 3.8 million followers.

At the beginning of 2017, Vine shut down. While Moss has not been as successful on other social media platforms as he was on Vine, he has been able to find a certain level of stability in his career.

He created his self-titled YouTube channel on November 3, 2013. He uploads a new video every week and his posts would be of his sketch comedy videos, official music videos, vine compilations, other gaming series, and his comedy movie vs reality.

Furthermore, in an interview with MTV in November 2017, Moss revealed that he had been working on a sitcom. He refined, “It’s a comedy with morals — so basically another ‘Fresh Prince’, or ‘Friends’, or ‘Martin’, or ‘The Jamie Foxx Show”.

He has collaborated with fellow Viner Yung Poppy.

In recent years, Moss has become very active in the entertainment business in various capacities. In 2016, he appeared in the documentary ‘AC Green: Iron Virgin’ and in the video short ‘Summoners War: Team Up’.

He served as part of the camera and electrical department on an episode of Jordan Imiola’s web series ‘Monster Therapy’. He also portrayed a pizza delivery guy in the video short ‘Leah & Chelsea Have a Sleepover.’

TruTV’s ‘Laff Mobb’s Laff Tracks’ is a half-hour series that gives a platform to the next generation of comedians. In 2017, Moss appeared in five episodes of season one: ‘Two-Week Girl’, ‘Rude or Die’, ‘Nostalgia Trip’, ‘Soul Mom’, and ‘Strong Women’.

He served as part of the sound department and camera and electrical department on an episode of Imiola’s comedy web series ‘Spy Time’ in 2018. He is also the editor of the completed short film ‘Left Behind. 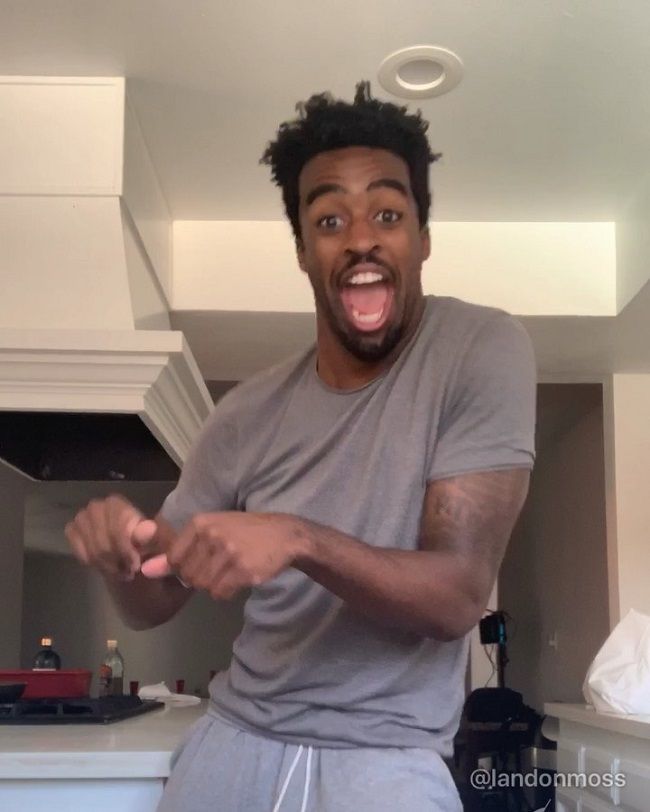 Landon Moss has not received any awards or has been nominated in anything. As a growing star, he might get involved in nominations and might receive an award for sure. He is still trying his best to be a successful social media star.

Landon Moss is not single. He has dated a pretty lady named Codi. In late 2017, they went on a vacation to Catalina Island. It is unknown if they are still in a relationship or not.

There is also no information about her current relationship status. Though, he might be busy in his career rather than involved in any kind of relationship.

Similarly, he has maintained a distance from unwanted rumors and controversies. He has never been a part of any kind of rumors.

Landon Moss is a good-looking person with an amazing personality. He stands at a height of 6 feet 4 inches and weighs around 70 kg. He has dark brown eyes and black hair. Moreover, his further body stats are not available at the moment. 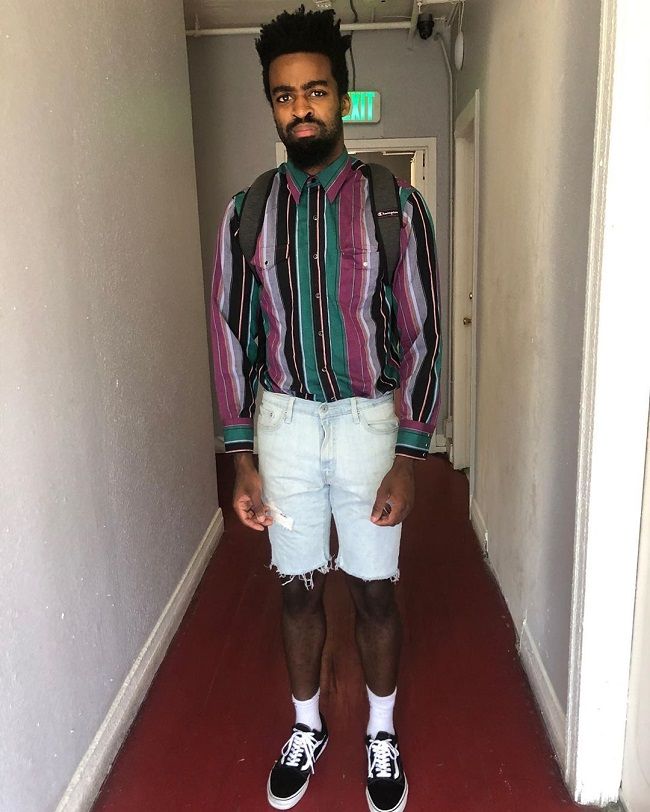 Now, talking about his earnings and net worth, he might gain a certain amount of money through his profession. No doubt he earns quite an impressive amount of money. However, he has not shared his exact earnings with the public and yet is unknown.