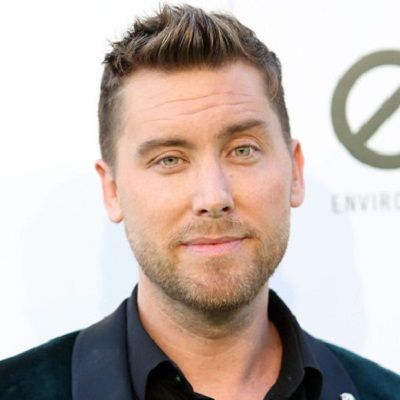 Lance Bass is an American gay Bass singer of a famous boy band, NSYNC. Lance Bass is also an actor, voice artist, and producer who has done incredible work on TV series and movies like The Simpsons, Single Parents, and Insatiable to name a few. Furthermore, he has co-written his autobiography, ‘Out of sync’ along with The New York Times best-selling biographer Marc Eliot.

Lance Bass’s full name is James Lance Bass. 41 years old, he has several nicknames such as Lansten, Scoop, and LBeezy. He was born on May 4, 1979, in Laurel, Mississippi, USA. As of now, he has turned. His father, Jim Irvin Bass Jr. is a former Lab Technician while his mother Diane Bass is a sixth-grade teacher. He shares his parents’ love with his elder sister, Stacy Bass.

He holds American citizenship and belongs to a White Caucasian ethnicity. Multi-talented Bass follows Christianity as the main religion and was born with a Taurus sun sign. 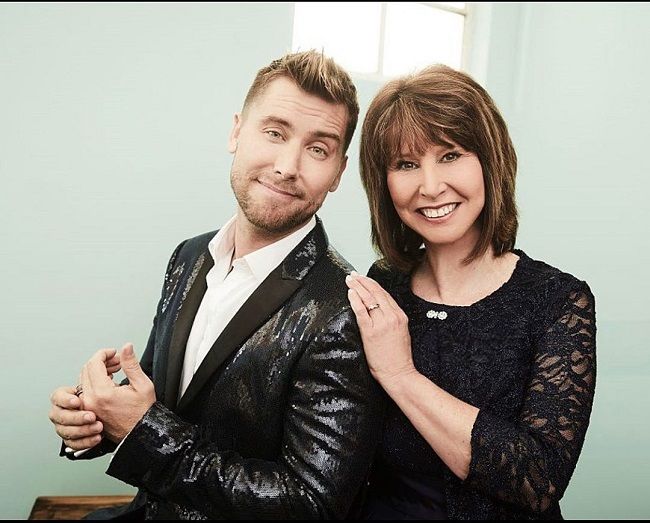 Regarding educational background, he is a high-school graduate from Clinton High School. Bass wanted to study engineering so he could work for NASA but end up having a career as an actor, producer, and singer.

At the tender age of 11, he commenced his singing career when he began to sing in the Clinton Community Choir, near his hometown of Laurel. Bass had also auditioned for a spot in the Mississippi Show Stoppers. In his music career, he has established his household name as the last member of the American boy band group, ‘NSYNC’. After an audition, he replaced bass singer Jason Galasso and was recruited by one of the renowned fellow members, Justin Timberlake’s.

The group released their first-ever single, ‘I Want You Back’ on the 4th of October 1996. Surprisingly, their first single received radio play in the US and was also ranked 13th in Billboard. The boy band burst into stardom soon after its first release. Furthermore, NSYNC released a song titled, ‘No Strings Attached’ in March 2000. It’s 1.1 million copies were sold on the first day of its release making it the fastest-selling record of all time.

In 2001, the group released ‘Celebrity’, which scored the second highest first-week album sales ever overtaking the second album, ‘No Strings Attached’. ‘Celebrity’ is considered as the final album as Justin Timberlake started to record a solo album as the group was on “extended hiatus” . 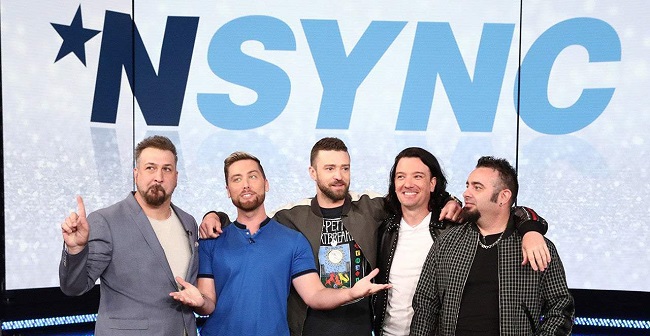 In 2000, he introduced the company, Free he Entertainment in association with Mercury Nashville. Following the protocol of ‘a strictly family-run operation’, Bass was the employer of his parents, sister, and his childhood friend, Meredith Edwards. Meredith was a country singer while his parents were talent scouts. Meredith released his first album, Reach which could not do well commercially. Bass immediately wrapped this music management company.

Apart from singing, he appeared on various short videos with NSYNC such as ‘NSYNC: I Want You Back’, ‘NSYNC: Together Again’, ‘NSYNC: U Drive Me Crazy’ to name a few. Similarly, he was also present in the videos such as ‘Bravo All Stars: Let the Music Heal Your Soul’ and ‘Various Artists: Children of the World’.

He debuted as a guest in 7th Heaven playing the role of Rich Palmer in the episode: “Who do you trust?”. Unfolding his other talents, he lent his voice on several TV series like The Simpsons, Kim Possible, Handy Manny’ to name a few. His presence on television is liked by people of all age groups.

Furthermore, he had landed a role like Jerry in ‘Hand of God’. In 2014, Review, he was starred as himself. There are other several on-screen projects on which Bass had portrayed as himself like in the Episode: “Best Friend; Space”, ‘My Kitchen Rules’ and ‘Single Parents’. Also, he was a panelist in Season 2 of ‘The Meredith Vieira Show’. Similarly, he was a guest, Brazen Moorehead in the Episode: “The Most You Can Be”.

Over the span of 20 decades, Bass has made an appearance in several movies like Longshot as Flight Engineer. Similarly, Kevin was one of the finest characters in the movie, ‘On the Line’. On the big screen, his cameo appearance on films like Zoolander, Cursed(2005), ‘Tropic Thunder’, and ‘Mississipi I Am’ was highly appalled by the audience. ‘Boy Band Demon’ is the character for which he has given his voice in the movie, ‘Hell & Back’.

Before forming his Productions, in 2001, Bass launched his first film production company, A Happy Place with other film producers such as Rich Hull, Wendy Thorlakson, and Joe Anderson. The company was awarded ‘Excellence in Family-Oriented Programming’ for its first film, On the Line’. He debuted with Jerry Stiller on this first movie of him as a producer.

After that, the production company was named ‘Bacon & Eggs’.In 2005, the company released the second film, Lovewrecked on ABC Family Channel in January 2007. The bass played a minor role along with other star casts such as Amanda Bynes, Chris Carmack, and Jamie-Lynn Sigler.

There was a setback in their production. Finally, he introduced a separate production company, his Productions, and worked with the Logo network.’Finding Prince Charming’ hosted a dating reality show focused on gay men. Also, ‘The Daily Popcast’ consists of altogether 195 episodes and is available on apple. He shifted his focus from making a movie to creating music docudrama. ’Kidnapped for Christ’, The Grand’, and N Sync & Britney Spears: Your #1 Video Requests… And More’ are some of the other projects of Bass as a producer and executive producer. 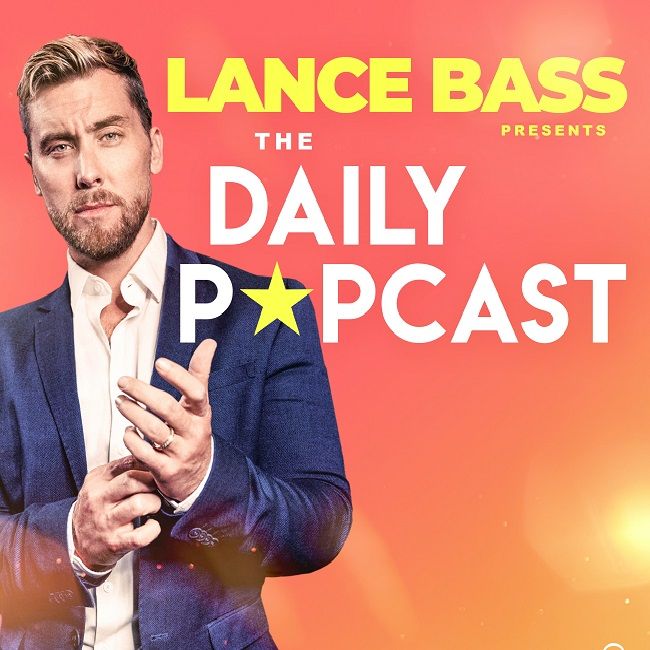 He was a contestant of Dancing with the Stars Season 7. He performed several dance forms like Paso Doble, Samba, Mambo, and so on. Bass was competing in the finale with other contestants. He secured 3rd position in this show.

He has co-written his autobiography along with The New York Times best-selling biographer Marc Eliot. His book debuted on ‘The New York Times Best Seller List’ on November 11, 2007. In ‘the first chapter’, he had mentioned his childhood. As the pages turn, his hurdles in life are its sexuality or financial issues gets unfolded. Bass also convicted in his book that NSYNC did not get back because of Justin Timberlake in his book.

Lance Bass has been nominated in the various categories due to his contribution to the entertainment industry. He was nominated for Grammy, American Music Award, People Choice Awards for his music career. While Bass had won Golden Apple under the category of ‘Male Discovery of the Year’ in 2001.

Similarly, Bass has shared an ‘MTV TRL Award’ with NSYNC members. They won the ‘Gridlock Award’ in 2003. Moreover, he was a nominee for awards such as ‘Teen Choice Award’ and ‘Worst On-Screen Couple’ for ‘On the Line’. He was awarded ‘Human Rights Campaign Visibility Award’ after he came out of the closet as a gay in 2006.

Singer, actor, and producer Lance has accumulated a handsome amount of money throughout his career. He also participates in various reality shows and hosts radio shows. As a result, he earns $1-$2 million yearly and has a total net worth of $22 million as of now.

Talking about Lance sexuality, he is gay and is married to actor, Michael Turchin. The duo engaged in September after dating for two years from January 2011. Moreover, the duo exchanged vows on December 20, 2014, at the Park Plaza Hotel in Los Angeles. He and Michael were the first gay couples to marry on television.

Before Michael, he had two past relationships. He had dated American Lawyer, Reichen Lehmkuhl, and actress Danielle Fishel. 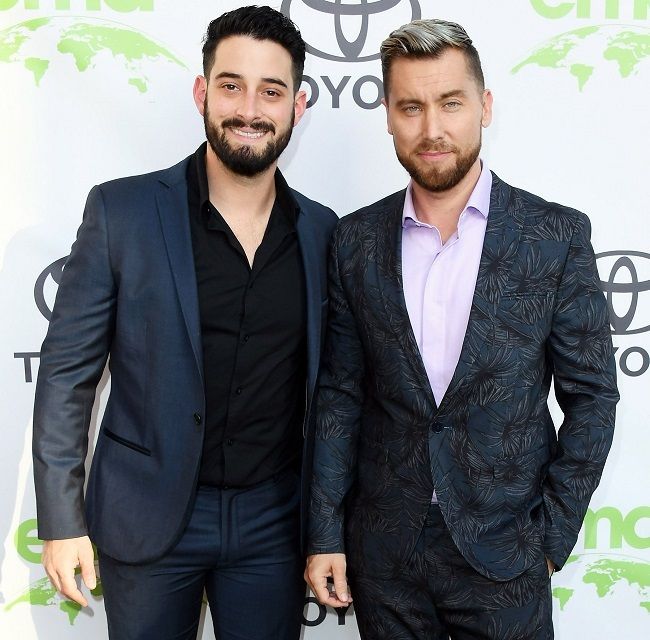 Caption: Lance Bass and Michael Turchin posing for a photo(Source:nz.news.yahoo.com )

Dashing Bass stands tall with a height of 5 feet and 11 inches. Similarly, Lance weighs 78 kg which is quite average as per his height. Multi-talented Bass has an amazing pair of green pair of eyes. His Light Brown hair color adds extra charisma on his face.