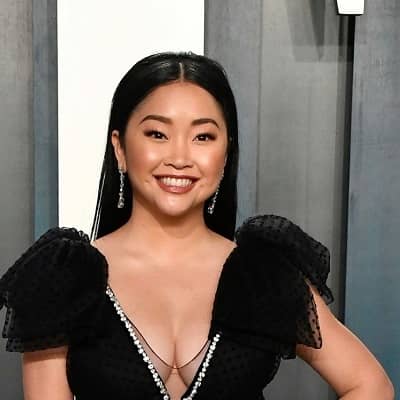 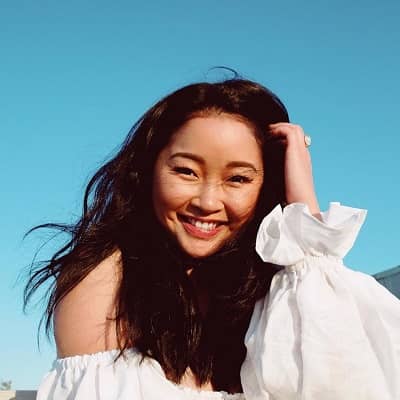 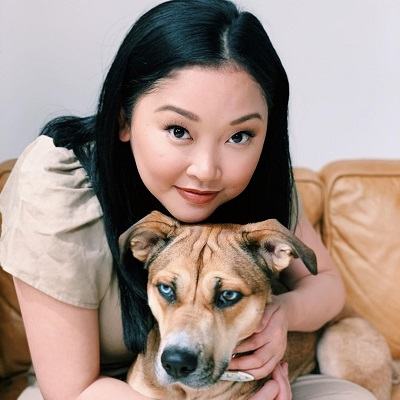 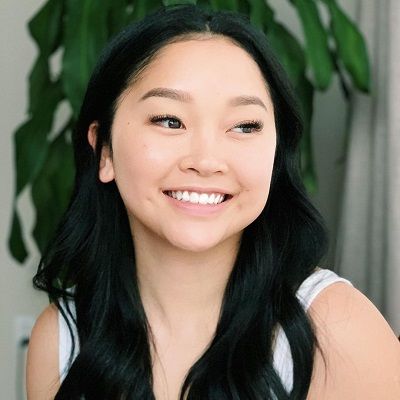 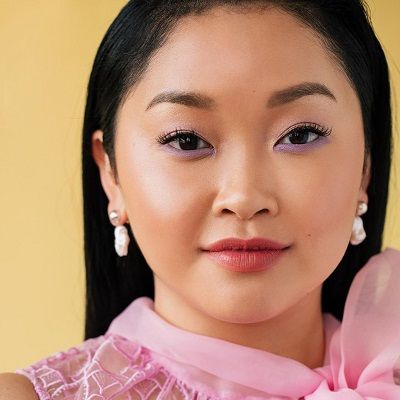 Lana Condor is a prominent American actress. Lana Condor has recently started being active on her Youtube channel too. Additionally, she is also a trained dancer, a model, and an influencer.

Lana Condor was born on May 11, 1997, and she is currently 23 years old. She is originally from Cần Thơ, Vietnam, and her birth name is Tran Dong Lan. At present, her full name is Lana Therese Condor. Moreover, her zodiac sign is Taurus.


Born in Vietnam, she lived her first months in an orphanage. Then on 6 October 1997, she was adopted, and her American parents renamed her. She was only four months old at that time. Her American adoptive parents are her mother Mary Carol (née Haubold) and her father Bob Condor. At the time of adoption, her parents lived in Chicago, Illinois.

Moreover, she has an adoptive brother named Arthur. Her father is a two-time Pulitzer Prize-nominated journalist. He formerly worked at the Chicago Tribune and he was also the vice president of Yahoo Sports media. Bob Condor is currently a producer for the Seattle Kraken.

She has lived in various places with her family. Some of these places are Whidbey Island, Washington, and New York City. 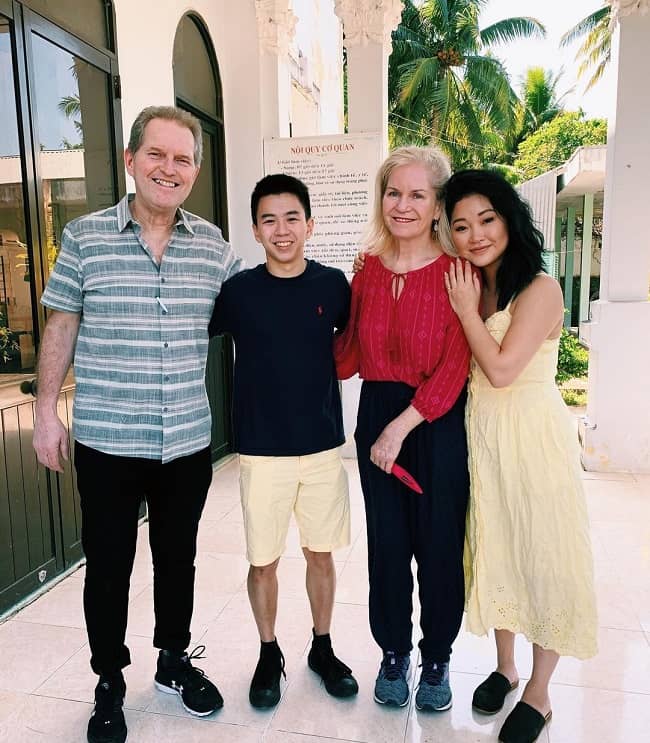 Caption: Lana Condor posing for a photo with her family at the front step of the orphanage both her and her brother were adopted from. Source: Instagram

During her childhood, Lana Condor studied ballet training with various dance academies/theaters like the Whidbey Island Dance Theater, Joffrey Ballet, The Rock School for Dance Education, and the Alvin Ailey American Dance Theater. Moreover, she continued dancing with the Los Angeles Ballet and additionally trained at The Groundlings in improvisational theatre.

Furthermore, she took acting classes at the New York Film Academy and Yale Summer Conservatory for Actors. In the year 2014, she was a theatre scholar at the California State Summer School for the Arts.

As a high school freshman, she attended the Professional Performing Arts School in New York City. Then in the year 2015, she graduated from Notre Dame Academy in Los Angeles. A year later in 2016, Loyola Marymount University accepted her to their university. However, she chose to defer enrollment and instead pursued acting.

Lana Condor is professionally a prominent actor/actress. She is also a Youtube star. She made her acting debut starring as Jubilee. It was in the superhero film X-Men Apocalypse released in 2016. Moreover, she gained immense international recognition after portraying the lead role of Lara Jean Covey. Lara Jean is the lead female in the Netflix film series To All the Boys I’ve Loved Before. It is a film series starting in 2018.

In the year 2017, she co-starred in the Lifetime romantic thriller film High School Lover. For this project, she worked alongside James Franco and Julia Jones. 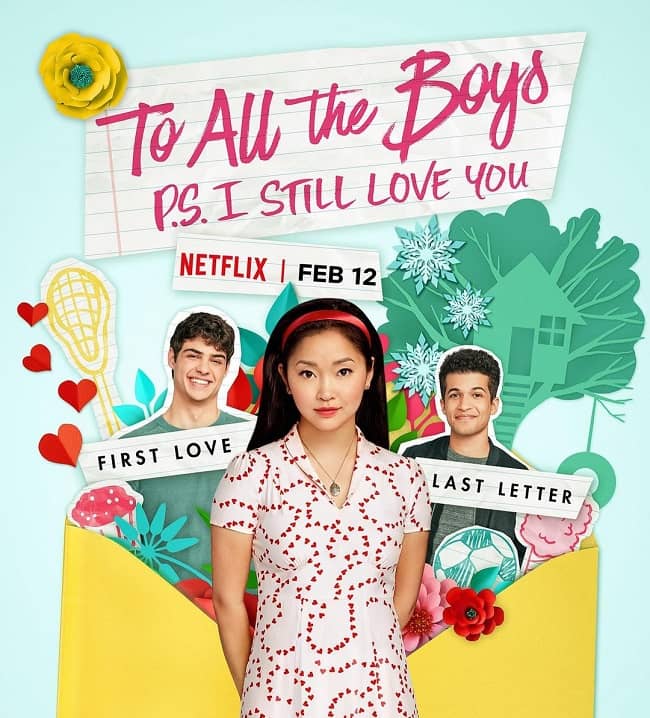 Caption: Lana Condor on the poster for the film TO ALL THE BOYS P.S. I STILL LOVE YOU. Source: Instagram

The following year, she gained worldwide fame for playing the lead role of Lara Jean Covey in Netflix’s romantic drama film To All the Boys I’ve Loved Before. This film’s director is Susan Johnson. This film’s story is based on Jenny Han’s young adult novel of the same name.

For her role as Lara Jean, she also received the nomination for a “Teen Choice Award”. In the year 2019, she portrayed the assassin Saya Kuroki in Syfy’s action-drama series Deadly Class. This drama is based on the Rick Remender comic book series of the same name.

She also appeared as Koyomi in the film Alita: Battle Angel. This is a science fiction film by Robert Rodriguez. The producer of this film is James Cameron and its story is based on the graphic novel series by Yukito Kishiro. 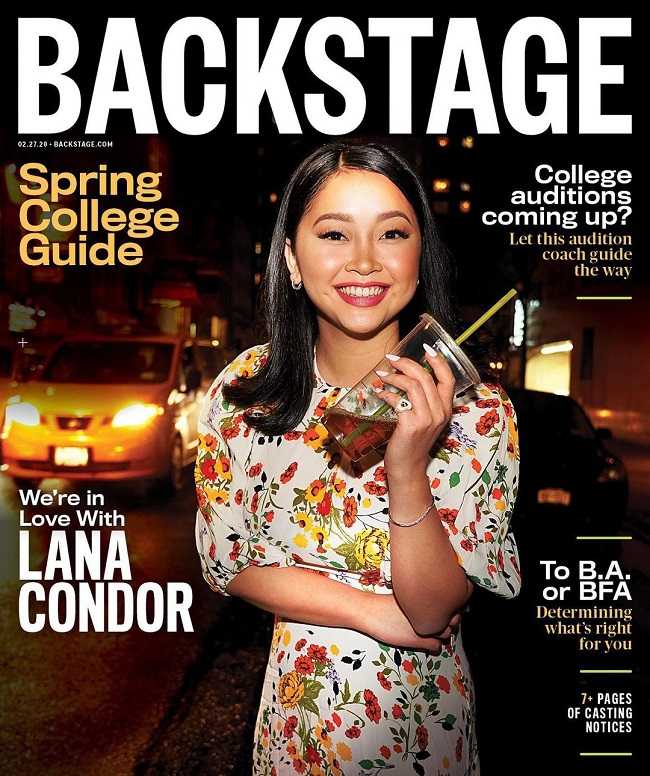 Caption: Lana Condor appearing on the cover of the Backstage magazine in its February 2020 issue. Source: Instagram

In the year 2020, she reprised her role as Lara Jean Covey in the To All the Boys: P.S. I Still Love You. The director of this film is Michael Fimognari. This happens to be the second film in the To All the Boys film series. She also worked alongside Brianna Hildebrand in Girls Night. It is a comedy film whose director is Marianna Palka.

She created her self-titled Youtube channel on November 15, 2019. At the time of writing this biography in November 2020, she has shared a total of 20 videos to her channel. Furthermore, within two months of posting her first video to YouTube in February 2020, her channel had over 475,000 subscribers and more than 9.8 million views. At present (November 2020), this channel has over 19.4 million views and 689K subscribers.

Lana Condor is in a romantic relationship with Anthony De La Torre. Anthony is a singer and actor. The lovers have been together since 2015 and still going very strong. She and Anthony have together appeared in a music video for the song Raining in London. Both the lovers both sang and acted on this song. The couple also owns a pet dog named Emmy. Caption: Lana Condor captured in a sweet photo with her lover Anthony De La Torre during their visit to Tokyo, Japan. Source: Instagram

She stands tall at a height of approximately 1.6 meters or 5’2″ and her weight is around 55 kgs. Likewise, her chest-waist-hip measures are 34-26-35 inches respectively. Moreover, she has dark brown eyes and hair of the same color. They are actually almost black in color.

Talking about her social media presence, Lana Condor joined Twitter in April 2015 and so far has over 424.1K followers on her @lanacondor account. Likewise, her username on Instagram is @lanacondor. This account boasts 649 posts shares and 9.8 million followers as of November 2020.

Additionally, she is also available on Facebook. She created her personal account on this platform on September 30, 2015, and so far has more than 1.6 million people following her journey on this platform alone.

The talented actress, as well as YouTuber, has already racked up a decent sum of money throughout her career. According to online resources, her net worth sits at around $2 million.