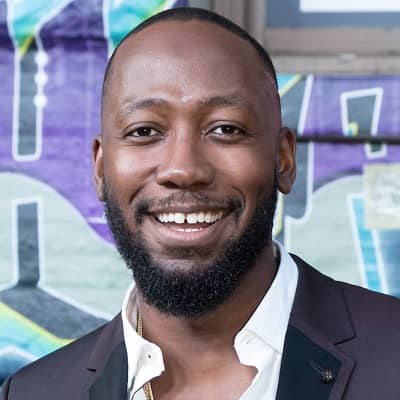 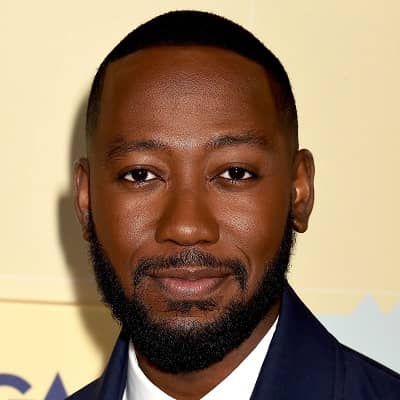 Lamorne Morris is an Actor, Television Personality, and Comedian from Glen Ellyn, Illinois, the United States. Moreover, Lamorne Morris is popular for his performance as Winston Bishop in the Fox series New Girl. He starred in the National Geographic docudrama miniseries “Valley of the Boom,” which debuted in 2019.

Lamorne Morris was born in Glen Ellyn, Chicago, Illinois, the United States on August 14, 1983. The actor’s zodiac sign is Leo and he is currently 38 years old as of 2021. His parents are unknown but his father was a drug dealer who spent a lot of time in prison. Moreover, he also claimed that his father has now cleaned up his previous act and lives in Belize.

Additionally, the actor’s mother worked at a local post office during his childhood. The actor revealed that he has three siblings in an interview with the magazine “Glamour”. Besides that, there is no more information regarding the comedian’s early childhood life. Looking at the comedian’s success, we can assume that he was well raised by his parents in his hometown as a child.

Lamorne Morris enrolled and completed his schooling at the Glenbard South High School and dreamed of becoming a basketball player. After that, the actor enrolled in a public community College of DuPage in Glen Ellyn. Moreover, the actor received the Chris Farley Memorial Acting Scholarship and graduated from the college in 2003.

During his college years, Lamorne Morris took courses at the Second City Training Center which offers workshops and classes in improvisation, comedy, stand-up comedy, clowning, and writing. The actor started working as a voiceover artist for a hilarious take on-campus life film Urban Ground Squirrels in 2002. After that, BET noticed the actor and he became one of the winners of their New Faces search.

The actor made his debut as a host for BET on July 10, 2006, co-hosting his own show “HotWyred” alongside co-winner of New Faces Alesha Renee. Moreover, the actor’s show run successfully till May 2007 around the United States. Since then, he’s been on several episodes of “BET”, including “106 & Park”, “106 & Party”, “Top 100 Countdown”, and the “Grammy Nomination Special”. Additionally, the actor also appeared with Alesha Renee on a daily show titled “BET Now”. 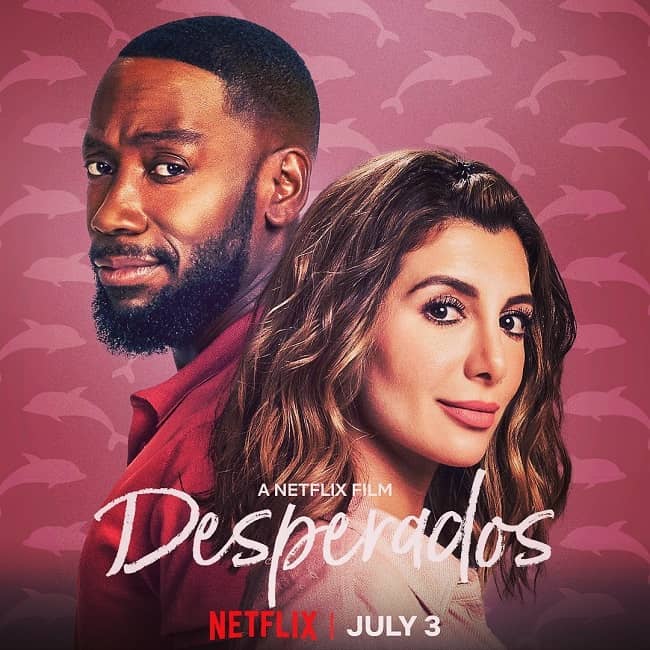 Lamorne Morris hosted the live game show “BrainRush” for “Cartoon Network” for a short time in 2009. In the same year, the actor also appeared for a brief role in the movie titled “To Have & Have More”. The actor appeared for television series like “The Middle” in 2010, “The Assistants” in 2011, and “The Guild” in 2011.

Moreover, he played the lead character of Winston Bishop in the Fox series New Girl for a long time. In 2013, the actor played the memorable role of Martin Luther King Junior in the series “Drunk History”. Additionally, the actor also appeared in the episode of Hell’s Kitchen “All-Star Finale” in 2018. In the same year, he joined popular actor Vin Diesel in an American superhero movie titled “Bloodshot”.

The actor wrote an episode of New Girl and the series “The Crossover: The Story of Laurence Moses Bryant”. Moreover, the actor also produced “Isolated Victim” and an episode of the miniseries “24/7 Tebow vs Mayweather”. The actor has also appeared in the films like “Barbershop: The Next Cut”, “Game Night”, “The Christmas Chronicles”, “Jumanji: The Next Level”, “Yesterday”, and “Desperados”. He co-created and acted in the scripted action-comedy podcast Unwanted for QCODE during the Covid-19 lockdown. In April 2021, it was revealed that he would appear with Phoebe Tonkin and Madison Hu in the Indie horror film Night Shift.

Lamorne Morris became one of the winners of BET’s “New Faces” search when the BET noticed him. In 2012, the actor was nominated for a “Teen Choice Award” for “TV’s Best Male Breakout Star”. In 2019, the actor received a nomination for the “Silver Telly Award” for his performance in “The Crossover”. The actor also received a nomination for a “Webby Award” for “The Crossover” in the same year. However, the actor has not any kind of awards from his career as an actor until now.

Lamorne Morris has garnered a significant amount of money as an actor, comedian, and television personality. According to online sources, the estimated net worth of the actor is around $4 million Us dollars as of 2021. 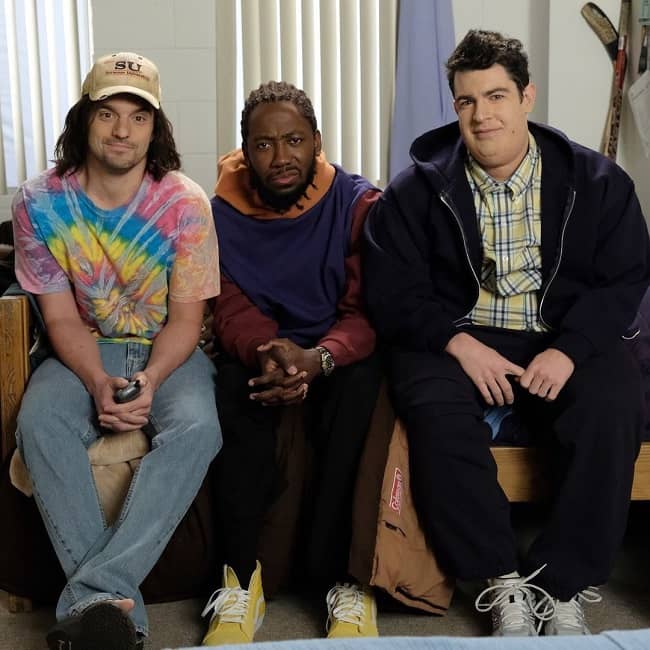 In 2015, Lamorne Morris joined a dating website named “Sizzi” but currently dating American TV show host Erin Lim. The actor’s girlfriend works as a journalist for the entertainment magazine. According to rumors, they began dating in 2016 and confirmed their relationship in 2017 when Erin was invited by Lamorne Morris to attend the “Emmy Awards”. However, Lamorne and Erin broke up with each other after some time.

Talking about Lamorne Morris’s rumors and controversy, he’s not a part of them until now. Apart from that, the comedian is focused on his personal and professional lives, preferring to stay away from speculations and scandal. 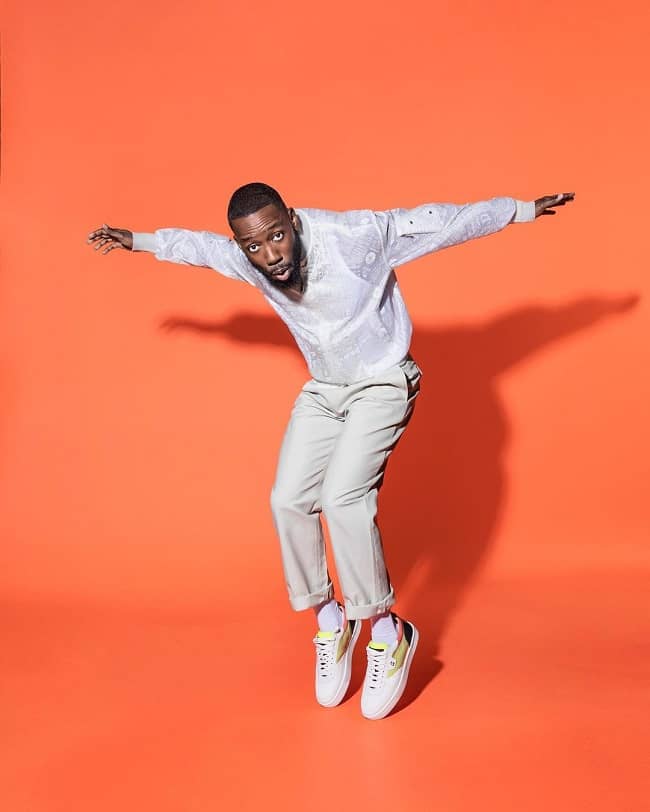 Lamorne Morris has dark brown eyes and black hair with a height of 5 feet 9 inches and a weight of 74 Kg. Besides that, there is no further information about Lamorne’s other body measurements.