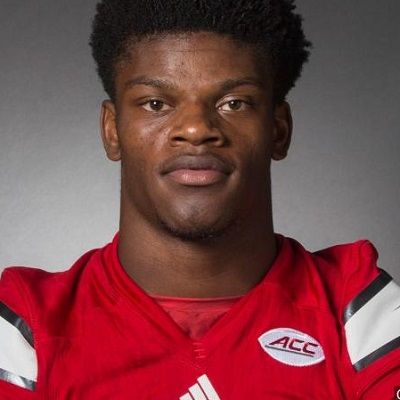 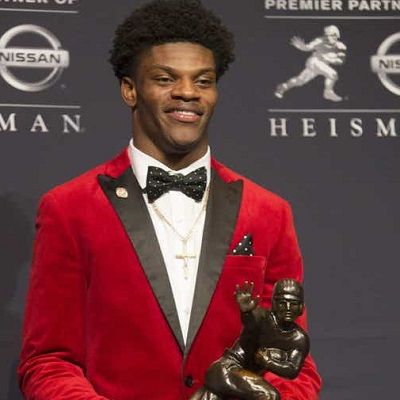 She has been supporting her son and as well a big fan and source of help in his life and football career. To date, Jones still runs the sprints and also trains up-and-coming footballers in Louisville. 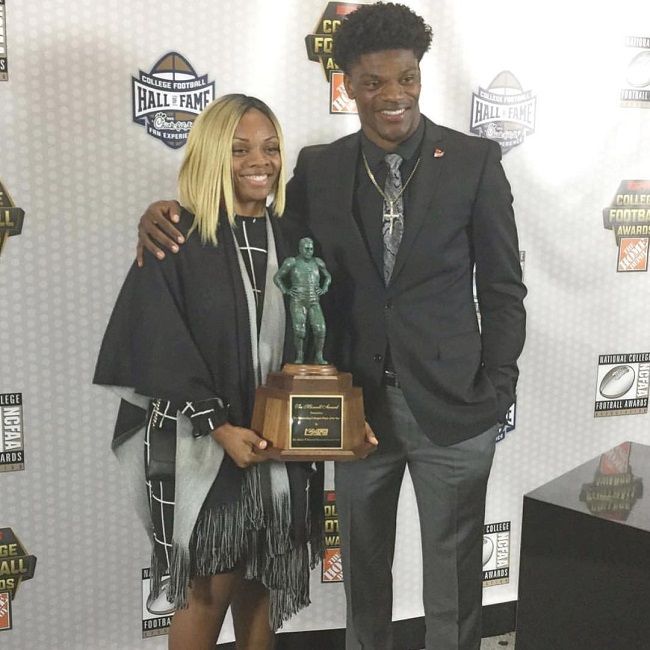 Caption: Lamar Jackson posing along with his mother (Source: Instagram)

His siblings are unknown but he has a cousin, Trayvon Mullen who is also a Football player. Similarly, he holds the American nationality and his ethnicity belongs to African-Americans. His zodiac sign is Capricorn.

In 2015, he played 12 games and made eight starts at Louisville as a freshman. During his sophomore year, he set a school-record total touchdown with eight against the Charlotte 49ers. He won many awards for his college.

On January 5, 2018, Jackson entered the 2018 NFL Draft. He was drafted by Baltimore Ravens in the first round with the 32nd overall pick in the draft. Similarly, on 18th November, he made his first NFL start against the Cincinnati Bengals. He went 13 for 19 for 150 yards and an interception and rushed for 117 yards.

Jackson became the youngest quarterback to ever start a post-season game. He finished the game completing 14 of 29 passes for 194 yards, the two aforementioned touchdowns, and an interception while rushing for 54 yards, losing one fumble.

In the 2019 season against Cincinnati Bengals, he finished with 236 passing yards and 152 rushing yards. He has played eight games where his 637 rushing yards led Michael Vick’s 2006 record of 573 for most by a quarterback. His 95.4 passer rating was also the highest among Ravens quarterbacks at midseason.

In the ninth game of the season, the Ravens routed the Bengals. He became only the second player in NFL history to produce two perfect passer ratings in the same season.

In February 2020, he became one of 40 of the most inspiring and innovative vanguards in African American culture. 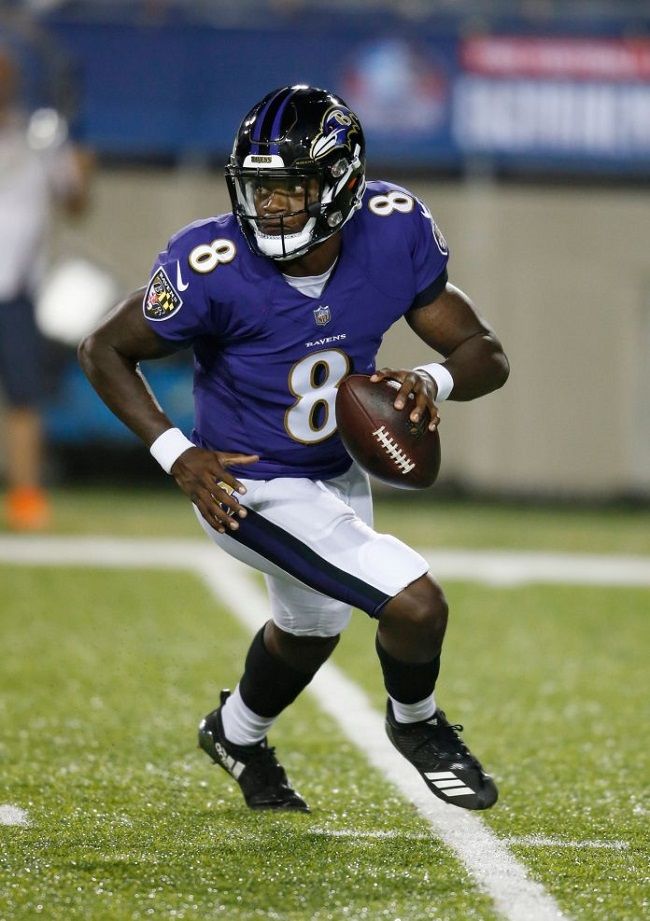 Speaking on his earnings, Lamar Jackson has an estimated net worth of around $5 million. He signed a 4-year $9.4 million contract with the Baltimore Ravens in 2018, with a $4.9 million signing bonus and he will make an average annual salary of $2.3 million.

Reflecting on Lamar’s relationship status, he is dating Jamie Taylor. They have been dating since his college days at the University of Louisville. They met in 2017 and have been together ever since. Further, there is no information about her as well as no photos of her on any of Jackson’s social media accounts and no photos of them together as a couple.

He has also managed to stay away from controversies to date. Likewise, he has maintained a clean profile.

Lamar Jackson has an amazing personality and a stunning body. His height is about 1.88m (6ft 2inch) and his weight is about 212 lbs (96kg). His other body measurements such as the chest, hip size, shoe size, waist size, etc. are unavailable. Likewise, Lama’s hair color is black and their eye color is also brown. 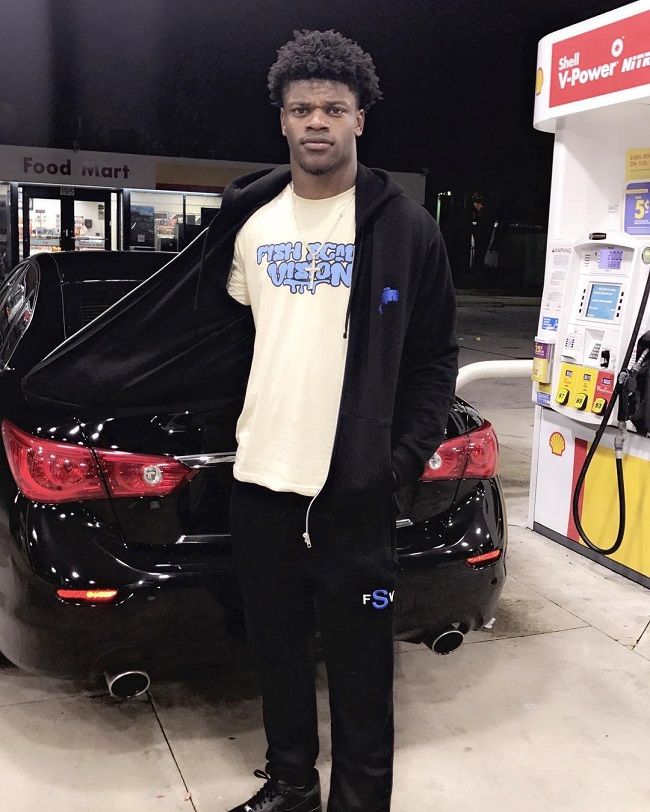