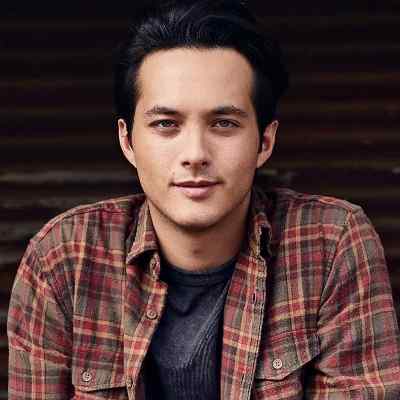 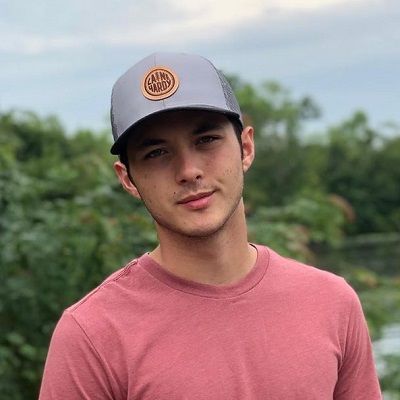 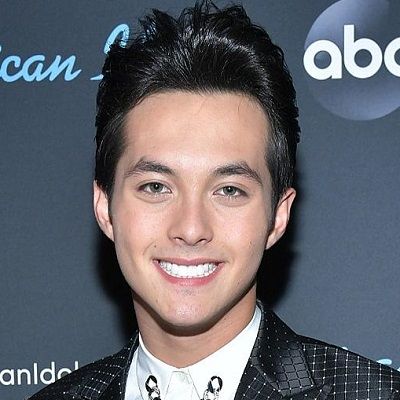 Laine Hardy is an American singer and guitarist. Laine Hardy gained immense fame after winning the American Idol Season 17 in the year 2019. He has also released a few songs like “Flame” and “Blue Christmas”.

Laine Hardy was born on 12 September 2000 in Baton Rouge, Louisiana, and raised in Livingston, Louisiana. His parents are his mother Cindy Lou and his father Barry. Talking about his parents’ occupations, his father is a contractor and his mother is a real estate agent.

Similarly, he has two siblings and Laine’s current age is 22 years old. They are brother Kyle and an older sister Brittany Banta. Furthermore, his maternal grandmother is a Korean immigrant from Seoul and that makes him a Korean-American by ethnicity. Likewise, he holds the nationality of an American. 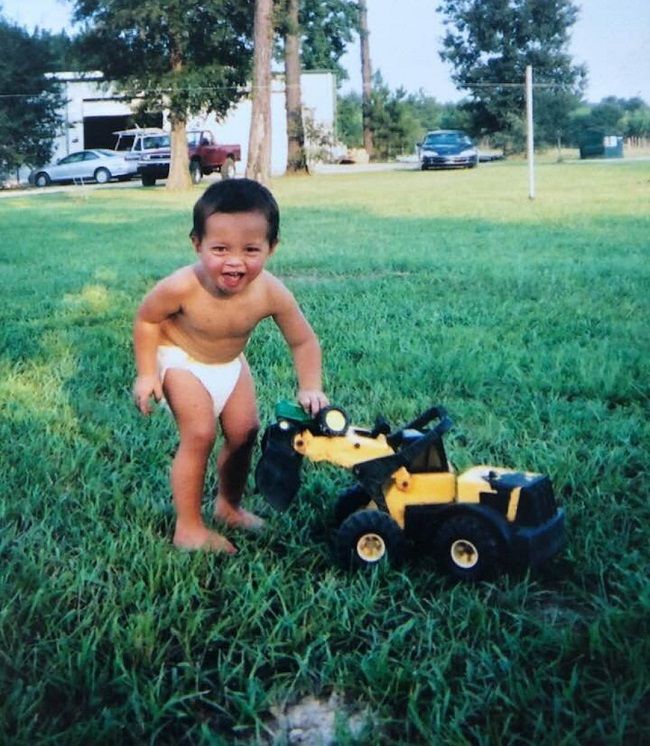 Hardy attended French Settlement High School and graduated in the year 2018. Likewise, he took guitar lessons from Jodys Music as a child, more precisely around age eight. Then he further began pursuing singing seriously when he was just a teenager. He also became a part of the band named “The Band Hardy” in 2016. It is the band formed with his brother and cousins, performing in local bars and restaurants. Furthermore, Laine names Elvis Presley, a rock and roll legend, as one of his idols.

Laine Hardy is a singer who participated in the American Idol twice. He first auditioned for season 16, but sadly did not go far in this season. He made it only to the top 50. Laine did not intend to audition for season 17. He accompanied his friend Ashton Gill to play guitar at her audition in season 17. However, the judges, Katy Perry, Luke Bryan, and Lionel Richie, encouraged Laine Hardy to audition again and the rest is the history everyone followed. Moreover, Laine’s contestant number was 50098 in season 16 and 31072 in season 17.

Moreover, Laine Hardy’s case is similar to that of Colton Dixon in Season 11. He also did not want to audition and only came to accompany his sister to her audition. However, Dixon auditioned under the coercion of the judges. Furthermore, Laine is also the third American Idol winner to win after auditioning for at least one previous season. Other such winners were Candice Glover and Caleb Johnson. Additionally, Laine Hardy is the first winner born in the 2000s.

Laine Hardy gained fame after winning season 17 of the American Singing show, American Idol. It ran from 3 March 2019 to 19 May 2019. The hosts for the show were Ryan Seacrest and Bobby Bones, a radio personality, who served as guest hosts for the show. Moreover, during this season, the judges were Katy Perry, Luke Bryan, and Lionel Richie.

In this season, Laine Hardy won the title and also earned a record deal in the process. He won the title by defeating Alejandro Aranda who hails from Pomona, California. The runner-up performed several original songs and hence he was dubbed a fan favorite. Laine and Alejandro also developed a close friendship through the show. Following Hardy and Alejandro, the third on the winner’s list was Madison Vandenburg who hails from Cohoes, New York.

Let’s talk about Laine’s journey since the audition round of American Idol 2019. He chose the song “The Weight” originally sung by The Band. After getting three “Yes” from all judges, Laine sang “Come Together” originally by the Beatles. He chose this song for the showcase round. Similarly, he performed “Bring It in Home to Me” by Sam Cooke in the Top-20 round. Later on 7 April 2019, Laine sang “The Weight” as a duet with Elle King.

Moreover, for his Top-14 performances, Laine chose the song “That’s All Right” by Arthur Crudup and “Hurricane” by The Band of Heathens. Laine’s other performances during the American Idol Season 17 include songs like Oo-De-Lally” by Roger Miller, “Fat Bottomed Girls” by Queen, “Johnny B. Goode” by Chuck Berry, and many more songs along the way.

Moreover, for the grand finale, Laine chose the song “Home” by Marc Broussard, “Jambalaya” by Hank Williams, and “Bring It On Home to Me” by Sam Cooke. Hardy also performed the duets “Dirt On My Boots” and “Night Shift”. He did the duets with country musician Jon Pardi.

Laine Hardy released a three-song EP titled “In the Bayou” in the year. Later in the same year, he released the song/single “Blue Christmas”. Furthermore, after winning American Idol, he released his coronation song titled “Flame” on 19 May 2019. He later performed this song on The View in May 2019. Similarly, Laine announced his first headline tour across America. It was a 13-date tour happening from 14 November till 7 December 2019.

Likewise, he released two new songs, “Ground I Grew Up On” and “Let There Be Country”, in April 2020, and performed a cover of “Life Is A Highway” on American Idol in May 2020. 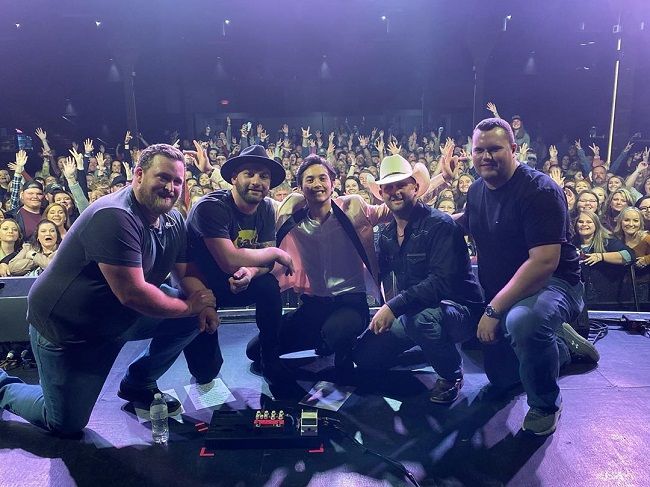 Caption: Laine Hardy with his bandmates on his first Tour. Source: Instagram

The greatest award Laine Hardy received was winning the title of American Idol Season 17 in the year 2019. There is no record of Hardy’s other awards. Similarly, talking about his net worth, Laine earns through his albums and songs. Additionally, he also earns by selling his merchandise ranging from bumper stickers to t-shirts.

As of 2022, Laine has a net worth of $1.5 million which he earns throughout his career in singing. However, there is no information about his salary, assets values, cars, houses, endorse

Laine is a singer and besides that, he likes hunting, fishing, and other outdoor activities. Similarly, he also owns two mountain cur dogs. Further, Laine is also a fan of the TV series, “Vampire Diaries”.

Talking about Laine’s love life, he often shares photos with his girlfriend who goes by the name Gracie Lee on Instagram. The lovers have shared numerous photos of each other on their respective Instagram handles showing their mutual love for each other. The pair also spent Valentine’s Day 2020 together at the Love City and Gracie has shared a selfie with Hardy on her account. 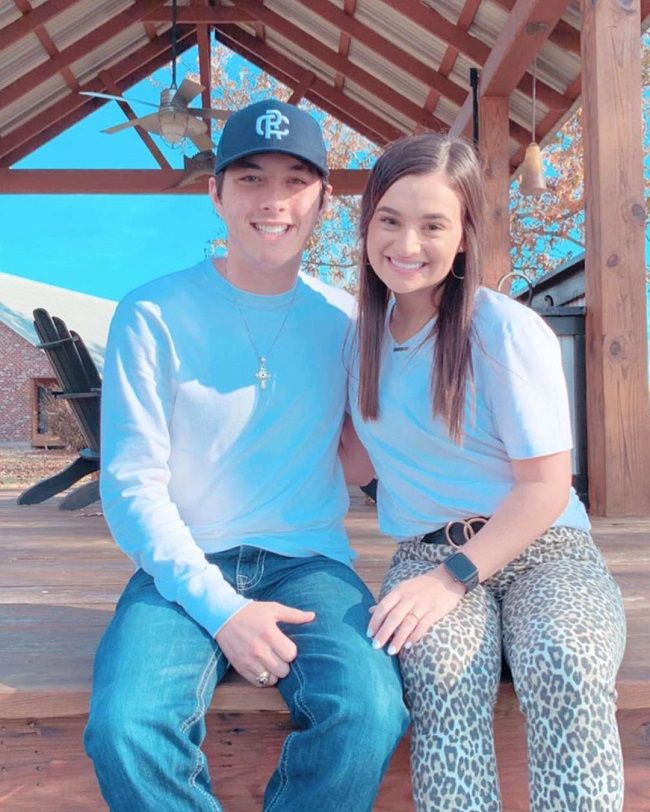 Laine Hardy stands approximately 5’7″ in height but his weight is around 68kg. Laine’s exact body measurement details like chest-waist-hip, biceps, dress size, shoe size, etc. are unknown at the moment. Moreover, Lain’s hair color is black and his eye color is dark brown.

Talking about Laine Hardy’s social media visibility, he is available on numerous social media platforms. On Instagram, he goes by the username @thelainehardy and it has 570k followers and 594 posts as of August 2022. Similarly, Hardy joined Twitter in March 2018 and so far has 73.5k followers on his @TheLaineHardy account.

Laine also created a self-titled Youtube channel on 20 October 2017. It has around 175k subscribers to date. Moreover, his channel has 7,851,277 views currently. In addition to all this, Laine is also available on Facebook and it has 741k followers. On Facebook, Twitter, and Instagram, Laine Hardy is a verified user.