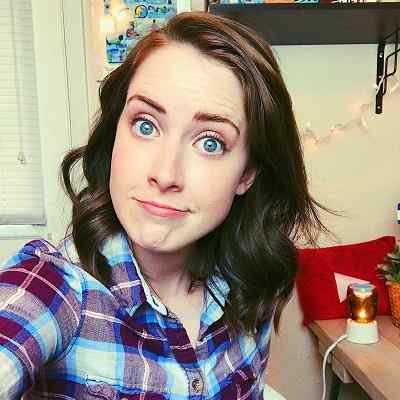 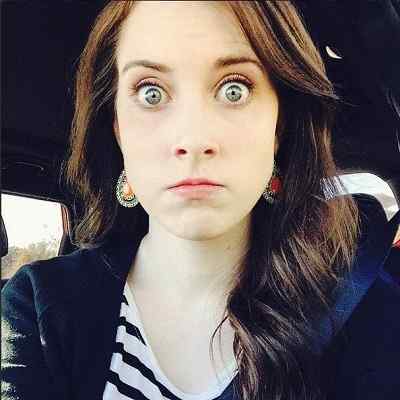 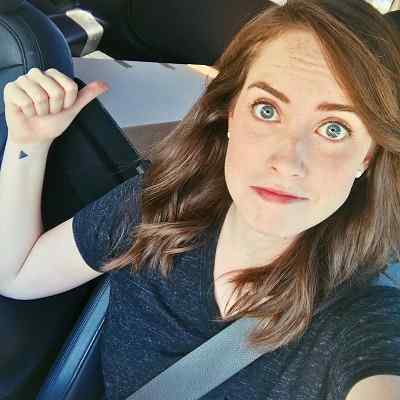 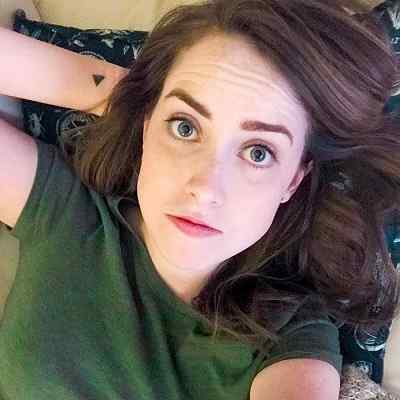 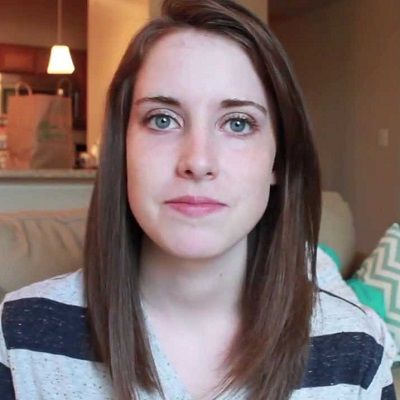 Laina Morris is an American YouTube vlogger best known for creating the meme named “Overly Attached Girlfriend”. Laina Morris is also an actress and has played in many movies.

Laina was born with the birth name Laina Kathleen Morris. Laina was born on June 22, 1991, in her birthplace, Denton, Texas, USA.

Her age is 31 years as of 2022 and her sun sign is Cancer. She was raised with her brother named Aaron and a sister named Sarah.

Reflecting on her academic background, she attended Northwest High School, in Justin, Texas. Later, she studied journalism at the University of North Texas, Denton. Furthermore, she is an avid dog lover.

In 2015, she adopted one which she named Gilly, based on a character Kristen Wiig played in Saturday Night Live (1975). 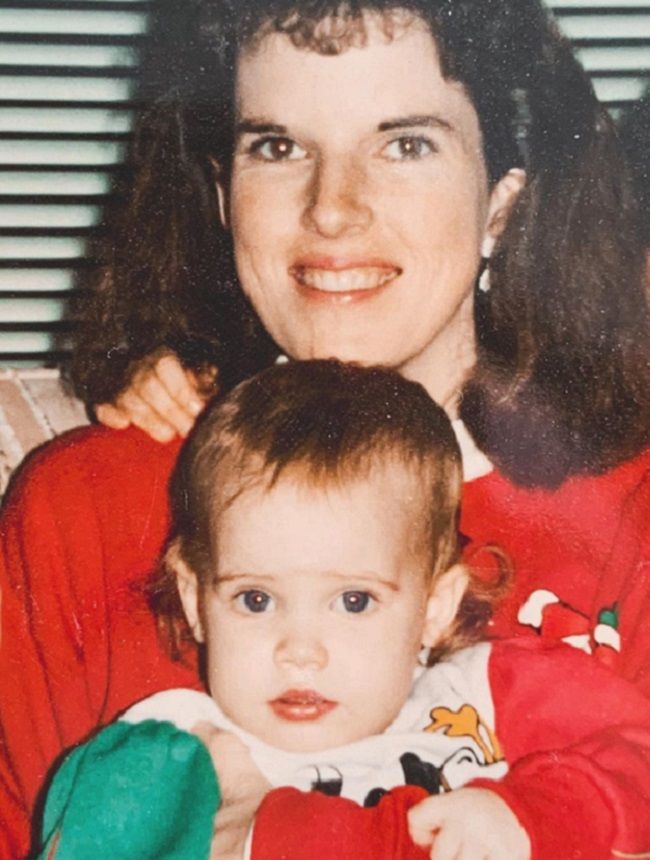 She is famous on social media sites. Her ‘@laina’ Instagram account has earned over 318k followers. She is also active on Twitter under the username “laina622” with more than 182.2k followers.

Her YouTube channel has amassed over 1.25 million subscribers. Similarly, her official Facebook page has gained over 489k followers.

This talented personality is in a long-term relationship with his boyfriend, Keegan. She has posted many pictures with him. The pair is always good company with each other.

Moreover, July 1, 2018, was their 6th anniversary. And she shared their picture captioning;

“Celebrating 6 years of really dumb inside jokes and a couple of really smart outside jokes. ??6️⃣”

This clearly shows how cool they are to each other. Both of them keep traveling together and are truly in love.

Similarly, Laina has not involved herself in any kind of rumors or controversies which could hamper her career.

Therefore, she has maintained applaudable professionalism to avoid anything. She has a good image and is still growing in her business. 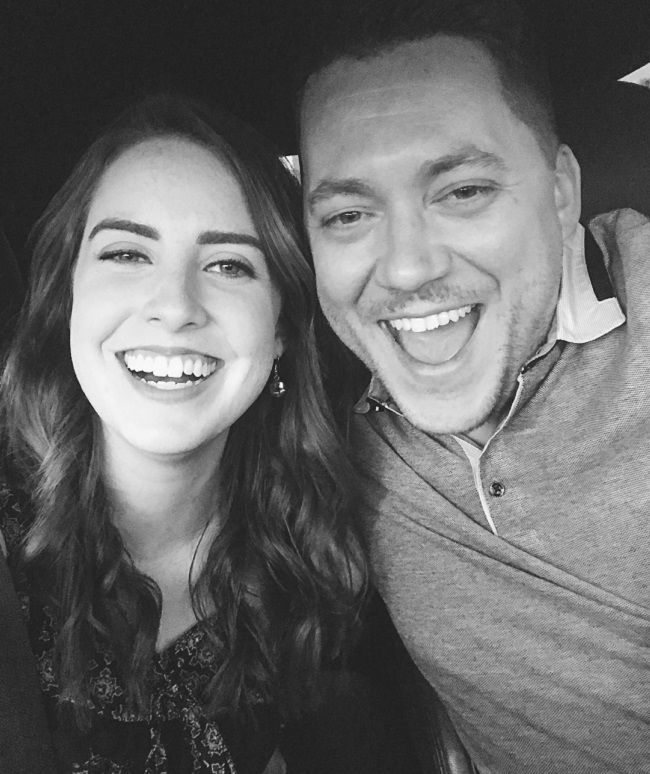 In 2012 summer, Justin Bieber, while promoting his new fragrance “Girlfriend,” asked his lady fans to submit a “Girlfriend” version of his latest single, “Boyfriend.”

The prize: Bieber’s favorite submissions would be included in the commercial for the new fragrance. The commercial was set to make its debut on June 21, 2012, during a Bieber special on NBC.

In response to the contest, Morris posted a video titled “JB Fanvideo” on YouTube on June 6, 2012.

In the video, she performs a parody rendition of Bieber’s “Boyfriend” with personalized lyrics. The video was an instant viral hit, collecting over a million views within the next two days.

The video also went viral on Reddit and YouTube, amassing over 1.8 million views within 24 hours. And after her overnight internet fame took off, she went by the name Laina Walker.

Although her real surname was later revealed, she decided to use only her first name for her social media profiles and YouTube account.

Similarly, as for the Bieber contest, Morris was one of the runners-up, but surely a winner in many ways.

She was featured in the list of 15 people made famous by the internet in 2012. After the viral success, Morris started posting regularly on YouTube.

She was ranked in the top 15 people made famous by the internet by Mashable in 2012.

On March 11, 2013, Morris appeared on Late Night with Jimmy Fallon. 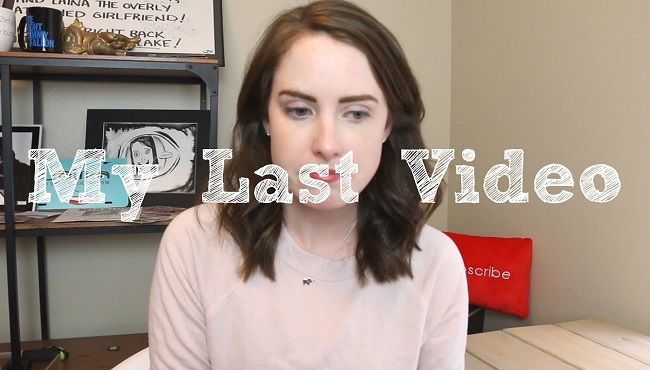 Laina made some of her first videos with a webcam but later started to make them with a higher-resolution video camera.

She was active on YouTube for the first few years, but took a hiatus in 2017, leaving her fans curious and wondering.

In August 2017, she announced in a video titled “Goodbye Denton” that she was leaving Denton, Texas, and moving to Arizona.

After that point, she posted only a couple of videos, until July 24, 2019, when she posted her last video, saying goodbye to her fans.

In the video titled, “Breaking Up with You…Tube,” Morris explains that her decision to stop posting videos is primarily to preserve her mental health, and to focus on things that are important to her at this point.

She is also known for hardly ever blinking in her “overly attached girlfriend” videos.

Laina is actually a good singer, but she showed it briefly in only a few videos. She used off-key, rap-like singing just for comedic effect.

She appeared in a commercial for Samsung, RealPlayer Cloud, and AutoTrader.com. During the Social Star Awards 2013, she competed in a staring contest against Jessica Alba and won.

Moreover, she usually performed her music parodies in one long take without any cuts while an instrumental version of the original song is played in the background.

Laina was ranked in the top 15 people made famous by the internet by Mashable in 2012.

Laina has a good body figure. She has tall height but she has not shared her height. She has also not shared other body measurements like weight, chest-waist-hip, shoe size, dress size, etc.

Moreover, she has a beautiful pair of hazel eyes and blonde hair.

Laina surely earns a decent amount of money. She has not revealed her exact earnings. However, from her profession, as a Youtuber, she owns a net worth of $1.5 million as of 2022.