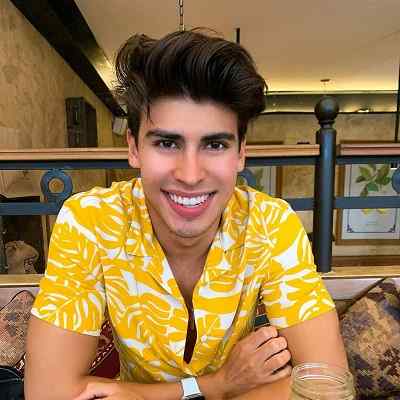 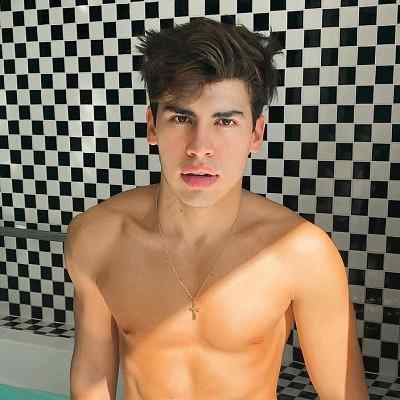 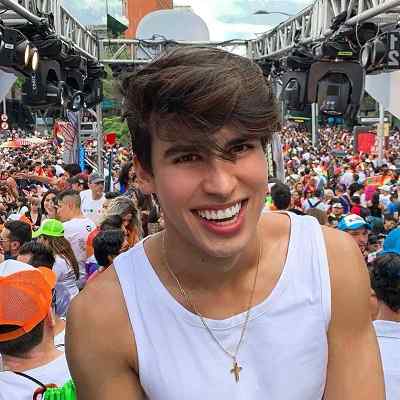 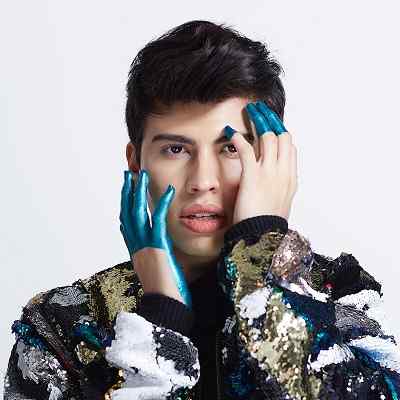 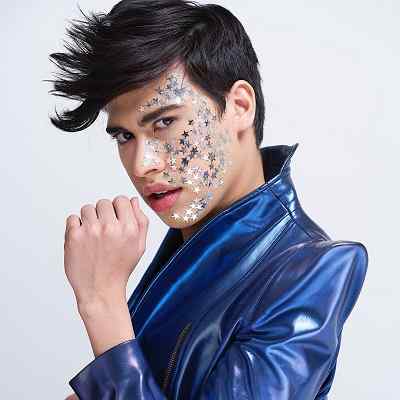 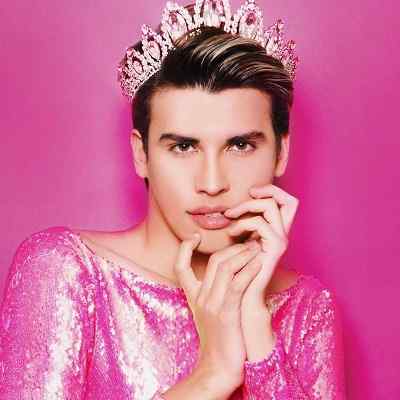 La Divaza is a Venezuelan Youtuber, web personality, and singer. La Divaza is the second Youtuber from Venezuela to reach one million subscribers after Dross. He is also a singer with the song “Cachete al Suelo” under his name.

La Divaza was born on 18 June 1998 and he is currently 24 years old. He is originally from Maracay, Aragua,  Venezuela, and currently resides in Ciudad de México, México. Likewise, his birth name is Pedro Luis Joao Figueira Alvarez but he is most famous for his Youtube persona La Divaza.

Talking about his family, his mother’s name is Kenya Fair Alvarez and she is available under the username @queenmamaza on Instagram. Likewise, though he has not mentioned his father’s name, he has shared a few photos of him on Instagram. He also has a sister named Margaret.

Other than this, he has not shared much information about other family members. Regarding his education, Divaza studied at Instituto Escuela Maracay and graduated in the year 2015. Talking about his nationality, Divaza holds citizenship from multiple countries. He is a Venezuelan, Portuguesian, as well as Mexican. 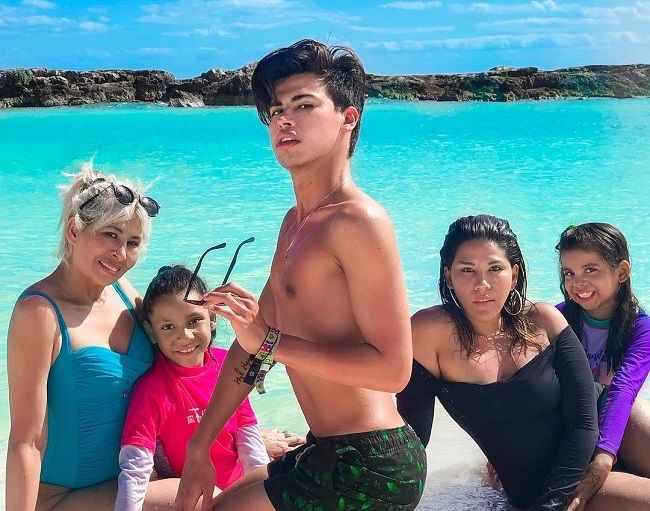 Professionally, La Divaza is a Youtube personality and a singer. He initially gained an immense following on the web by posting comedic videos like commentaries, challenges, and vlogs. Likewise, he uploaded his first YouTube video in the year 2012 and initially got started on YouTube by posting complaint videos about Venezuela’s government.

Further, he has earned over 9 million subscribers on his YouTube channel. He has also collaborated with fellow YouTubers like Alejo Igoa and Juan Pablo Jaramillo among others. Likewise, he is also close friends with La Jose.

Going into more detail, Divaza began producing videos on YouTube at the end of 2012. On Youtube, he described the situation in his home country, Venezuela. His character, “La Divaza” caused controversy nationally and internationally for the peculiar personality he presented and the content of his videos. At present, Divaza has become an icon and a phenomenon on social media.

In the year 2011, Divaza began making videos on the social networking site called “Habbo”. However, he stopped in 2012 when his channel “La Divaza” flourished. “La Divaza” is Pedro’s alter ego and this channel is varied as far as content is concerned.

His videos’ content ranges from vlogs, gameplays, and reviews to annual awards like the VMAs, EMAs, and the Grammys. It also includes more serious topics of social awareness. Moreover, Divaza’s best friend is Jose Gregorio Santos (La Jose). The two live together in Mexico City. La Jose has also made several appearances on Divaza’s Youtube channel.

At present, Divaza is touring and performing for his millions of fans throughout the world. He has also collaborated with many popular YouTubers like Mariale, Alejo Igoa, Kimberly Loaiza, Konrad Montero, and Juan Pablo Jaramillo among others. Divaza has received over 10 million subscribers on his YouTube channel since its creation in early December 2012. This channel also has 714,361,590 views at the time of writing this biography.

In December 2017, Divaza released a song as a part of a viral YouTube challenge called Roast Yourself just like the “challenge itself”. This song accompanied a music video promoting his alter-ego. One week later, the song was available on iTunes and it reached the top of the charts in Mexico and other Latin American countries.

This music video received one million likes in only 24 hours and more than six million views on YouTube. As of June 2018, the music video had 70 million views and 2.5 million likes. This makes it the most successful song ever by a YouTuber. Divaza also performed the song live at the 2018 MTV Millennial Awards. At this event, Divaza hosted the show alongside Chilean singer Mon Laferte. Likewise, he also won two awards, “MIAW Icon of the Year” and “Rostizado del Año”. Moreover, on November 15, 2019, Divaza released his first proper song called Cachete al Suelo under Warner Music Group in Mexico.

Moreover, he has maintained a clean public profile that is away from rumors, scandals, and controversies that might hamper his professional career and personal life. Nevertheless, Divaza is sure to attract many lovers in the future through his talent, humor, and charms.

There is no information regarding Divaza’s body measurement details including his height, weight, chest-waist-hip measures, biceps, dress size, shoe size, etc. Likewise, Divaza has brown eyes and hair of the same color. 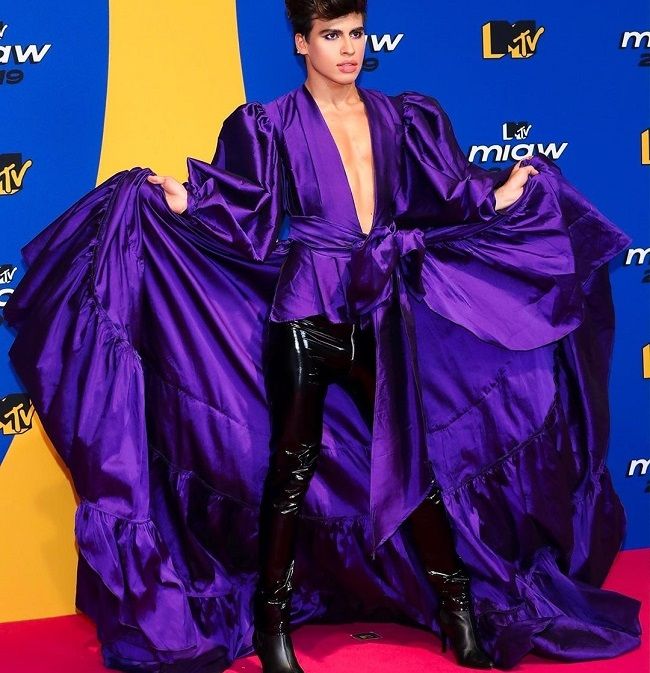 Caption: La Divaza posing for a photo on the red carpet of the MTV awards. Source: Instagram

Talking about his social media visibility, La Divaza joined Twitter in December 2012 and so far has earned over 4 million followers. Likewise, he has shared 1,024 posts and earned 6.4 million followers at the time of writing this biography. He also has another Instagram account under the username @pedroluisjoao in which he has gained over one million followers.

Divaza has over 10 million subscribers on his YouTube channel since its creation in early December 2012. His channel also has 714,361,590 views at present. He also created an official Facebook page on January 17, 2013, and so far has 3,457,989 people following his profile. We can also contact him at [email protected] for more inquiries.

Moving on, Divaza has a net worth estimation of around 1.3 million dollars. He has published over 130 videos which all together add up to more than 714.3 million views. Divaza creates on average 1 new video every month earning 883k video views and 7k new subscribers every day.