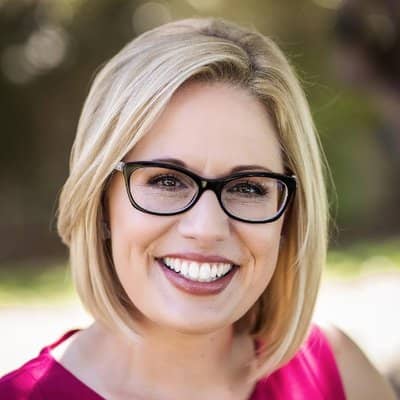 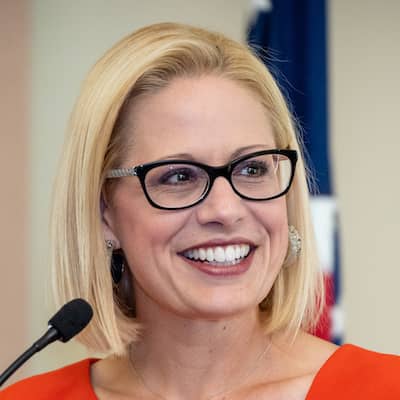 Kyrsten Sinema is an American social worker, attorney, politician, and author. Kyrsten Sinema became the first woman to represent Arizona in the US Senate in the year 2019. Likewise, she is also the first openly bisexual person in Congress.

Kyrsten Sinema was born in the year 1976 on 12th July. She was born in Tucson, Arizona, USA. Likewise, the politician is 45 years old at the moment. The American politician belongs to Frisian descent and was born under the star sign Cancer. She holds American citizenship.

Moving on to his family, she was born to San Sinema and Marilyn Wiley Sinema. Likewise, her great-great-grandfather Lieuwe Jacobs Sinnema immigrated to the United States in 1867. Sinema has a younger brother and a sister. However, the politician has not revealed their names yet. The American politician grew up with her siblings in Arizona, USA.

The politician began her political career in the Arizona Green Party before joining the Arizona Democratic Party in 2004. In the year 2000, Sinema worked on Ralph Nader’s presidential campaign. Similarly, In the years 2001 and 2002, she ran for local elected offices as an independent. The politician’s first public comment as an elected official came in 2005. This happened after a Republican colleague’s speech insulted LGBT people. Later on, when reporters asked about her use of the first person, Sinema replied, ‘Duh, I’m bisexual.'” 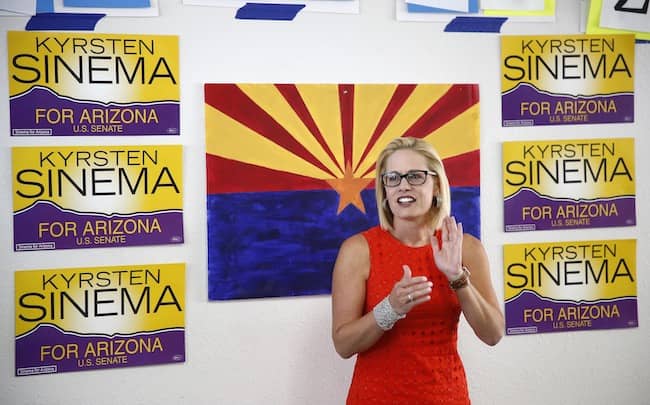 Likewise, In the year 2009, the politician was one of 32 state legislators appointed by President Barack Obama. She was assigned to the White House Health Reform Task Force. The task force helped shape the Affordable Care Act.

Furthermore, the politician was sworn in as a member of the U.S. Senate on January 3, 2019. During her Oath taking ceremony, led by vice president Mike Pence, she decided to be sworn in not on the traditional Bible, but on copies of the United States Constitution and the Constitution of Arizona. Likewise, the politician is the senior U.S. senator from Arizona; the junior U.S. senator for Arizona is Democrat Mark Kelly.

Kyrsten Sinema has not received any awards to date. Likewise, the politician has earned a generous sum of wealth throughout her career. She enjoys a net worth of $9 million. 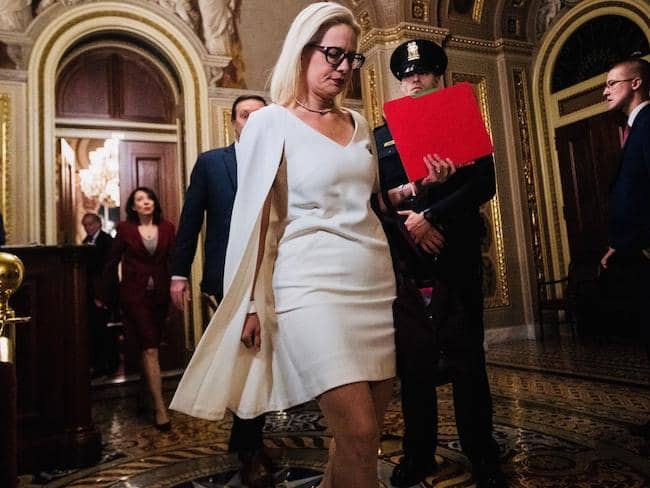 Caption: Kyrsten during an event in Whitehouse(source: Quartz)

Kyrsten Sinema is currently single. She had previously married her BYU classmate Blake Dain. However, things did not work out for the pair. Both Sinema and Blake announced their divorce shortly.

She has not involved herself in any scandals and controversies. Likewise, she has maintained a clean internet profile.

Kyrsten Sinema is in her mid 40s. As for her height, she stands tall at 5 feet 4 inches and weighs 60 kg. Likewise, her body measurements(chest-waist-hips) are 35-28-35 respectively. The politician has blonde hair with brown eyes. 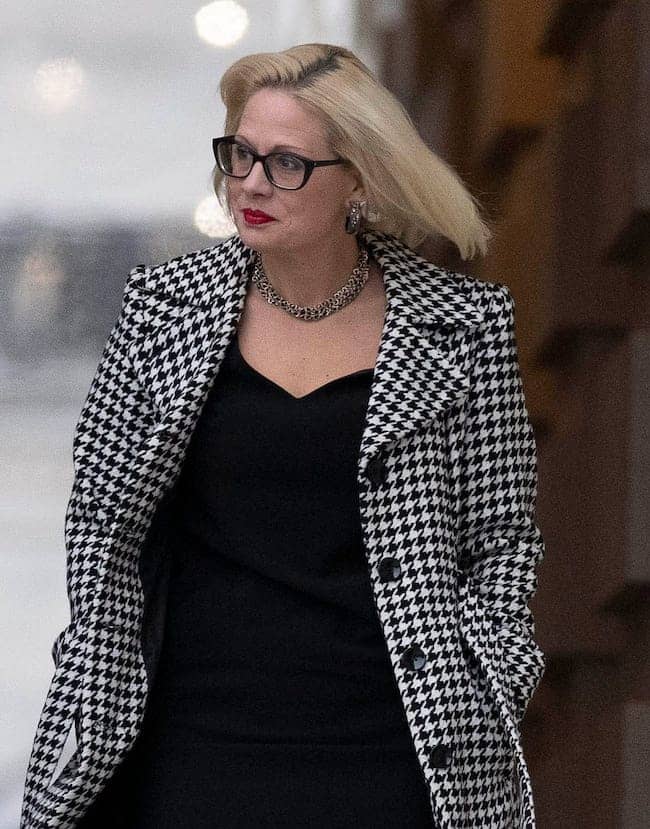