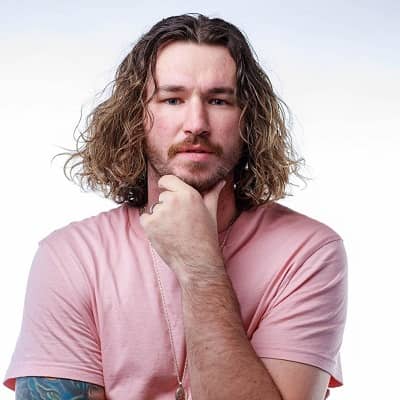 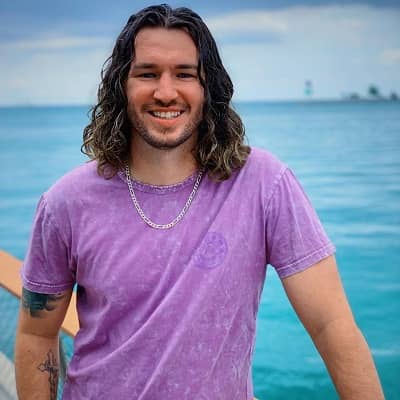 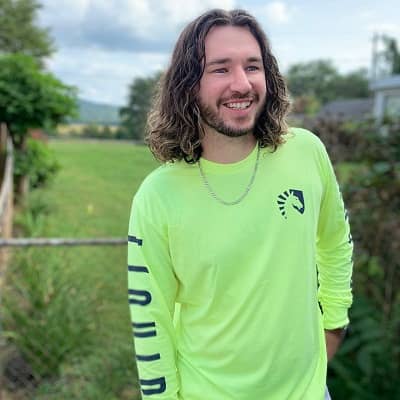 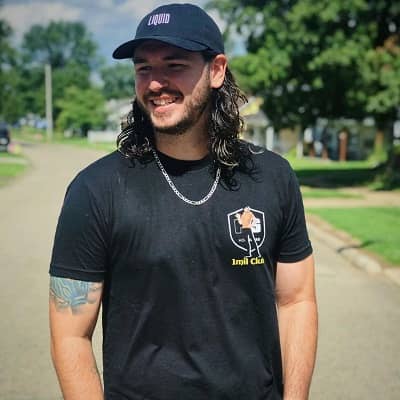 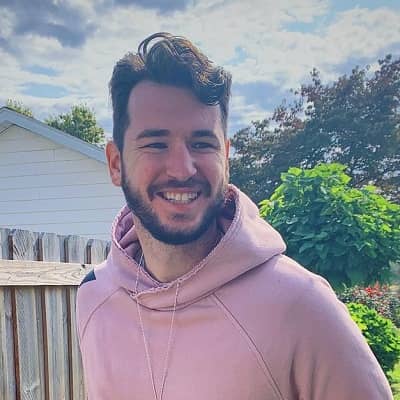 Kyler Hodson is an American social media personality. Kyler Hodson is primarily a content creator on Tiktok. He was also active on Youtube in a channel that he shared with his wife called “Kyler&Alex” until the couple stopped sharing new videos on the channel. He is also a Twitch gamer and is also available on Twitter and Instagram.

Kyler Hodson was born on October 4, 1993, and he is currently 28 years old. He is a citizen of the United States and his zodiac sign is Libra. He has not shared information regarding his parents, siblings, and other family details.

Talking about his educational detail, he graduated from Navarro College in Texas. Other than this, he has not shared any insights into the institutions he attended for his high school and other levels. Moreover, he also owns several pet dogs and he occasionally shares photos featuring them on his Instagram account. 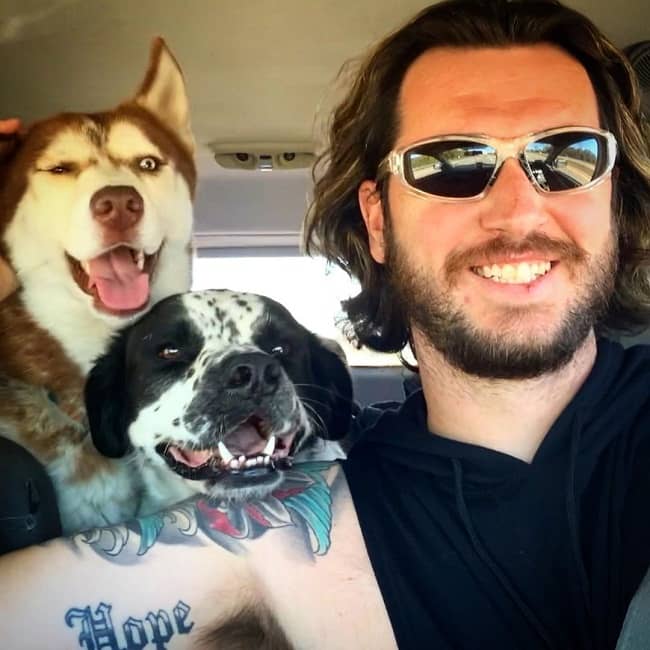 Caption: Kyler Hodson captured with two of his three pups for their vet day. Source: Instagram

Professionally, Kyler Hodson is a social media personality. He is primarily a short-form dance and lip-syncs content creator on Tiktok. He is recognized for sharing videos on his verified @hoddy account. Likewise, he has gone on to acquire more than 1 million followers on the video-sharing and lip-sync platform.

Furthermore, he was previously known on TikTok under the username @hoddygaming. He also previously served as the director of a non-profit organization called “U Matter”. He created a TikTok set to Jack Johnson’s song Upside Down.

Additionally, he is also a gamer on Twitch. He has his personal accounts on the live streaming app Twitch as well as Discord. He goes by @hoddygaming on Twitch and this account has garnered over 1.4K followers. Similarly, on Discord, he goes by HodSquad. 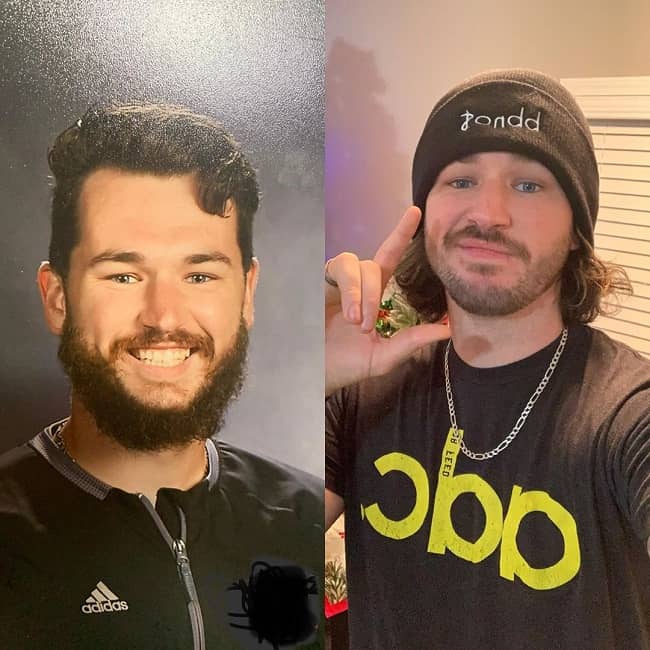 Likewise, he also shared a joint Youtube channel with his wife Alex. Their channel is called “Kyler&Alex” and they created this Youtube channel on March 16, 2011. They have so far earned over 30k views and more than 3.07K subscribers. However, the couple has not been sharing new videos on this channel for a long time. The most recent video while writing this article is titled 8 YEARS MARRIED VS. 1 YEAR MARRIED QUESTION CHALLENGE. He and Alex shared this video on 23 July 2019.

Similarly, the most popular video on the couple’s channel is OUR WEDDING VIDEO!!! in which he and Alex share their beautiful days leading to their wedding ceremony. Likewise, in the oldest video, the couple shared their love story of how they met each other and how they fell in love ultimately leading to getting married to each other.

Kyler Hodson is a married man. His wife’s name is Alex (Alexandra). Both Alex and he previously worked for the non-profit organization “U Matter”. The couple shares a joint Youtube channel called “Kyler&Alex”. Along with occasionally appearing on the Instagram photos, Alex also has her own Instagram account under the username @alexandrajhodson. Alex is a blue-eyed beautiful blondie. Moreover, the lovers tied the knot on June 10th, 2018. 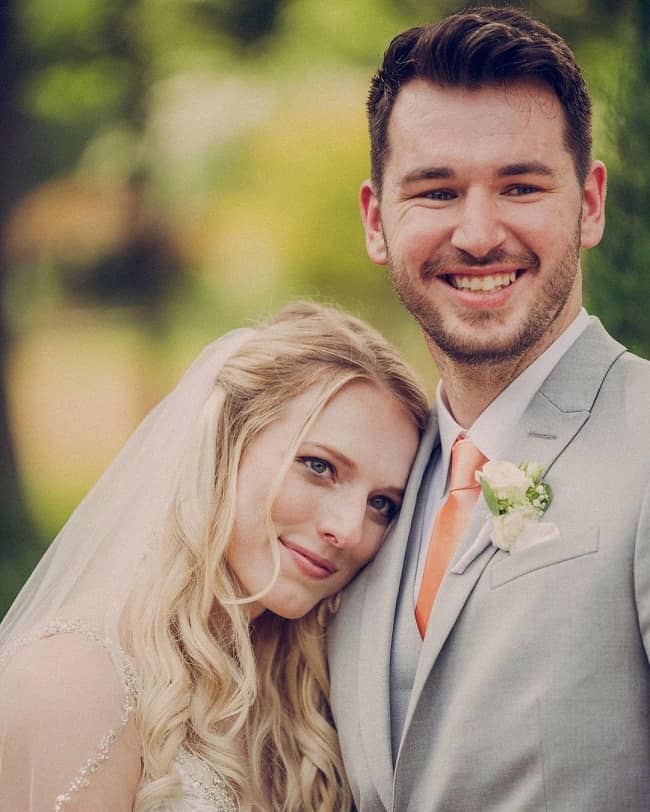 Caption: Kyler Hodson and his wife Alexandra posing for a photo at their wedding. Source: Instagram

Kyler Hodson stands tall at a height of approximately 5 feet 7 inches and his weight is around 70 kgs. Other than this, there is no further information regarding his other body measurement details including his chest-waist-hip measures, biceps, dress & shoe size, etc. Moreover, he has brown hair and blue eyes. He used to keep his curly hair long but recently donated it! 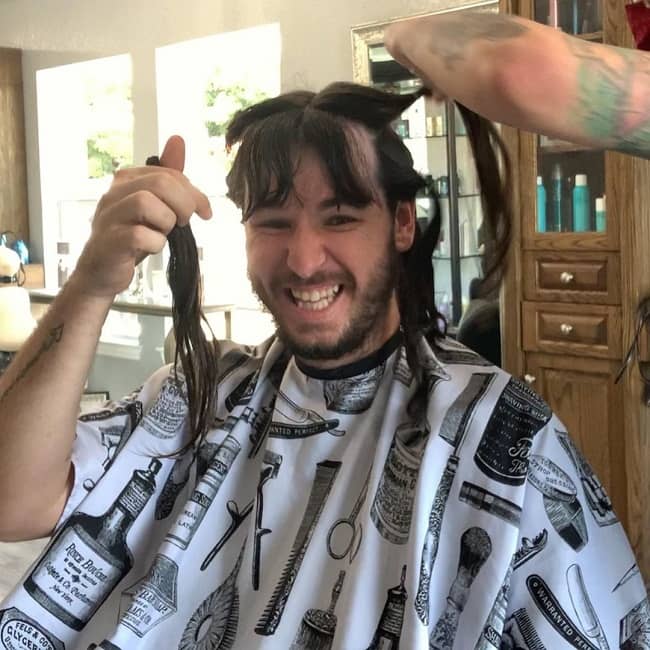 Talking about his social media presence, Kyler Hodson joined Twitter in December 2011 and his username on this platform is @kylerhodson. Likewise, he goes by @hoddyon the lip-sync video-sharing platform Tiktok. This account boasts 997.3K followers and 27.3 million likes at the time of writing this biography.


Moreover, his account on Instagram is available under the username @kylerhodson. As of October 2020, this account boasts 619 post shares and has gained more than 15k followers. He also has a Youtube channel that he shares with his lovely wife. The channel is called “Kyler&Alex” and they created it on March 16, 2011. The channel has earned over 30k views and more than 3.07K subscribers as of October 2020.

Additionally, he has his personal accounts on the live streaming app Twitch as well as Discord. He goes by @hoddygaming on Twitch and this account has garnered over 1.4K followers. Similarly, on Discord, he goes by HodSquad.

Moving on, there is no exact information regarding the net worth and earnings. But it is estimated at approximately $100,000 to $1 million. He might earn mostly through his online involvements including Tiktok videos, Youtube videos, Twitch gaming, etc.